try not to crash it
Note: this was made in KSP v1.2.1 - It may not function as intended in KSP 1.10.0
This craft has been added to your downloads queue. Use the KX Mod to fetch it when you are next in KSP. Enable deferred downloads to make this the default way to download.
Download craft with the KerbalX Mod
how to install
re-download 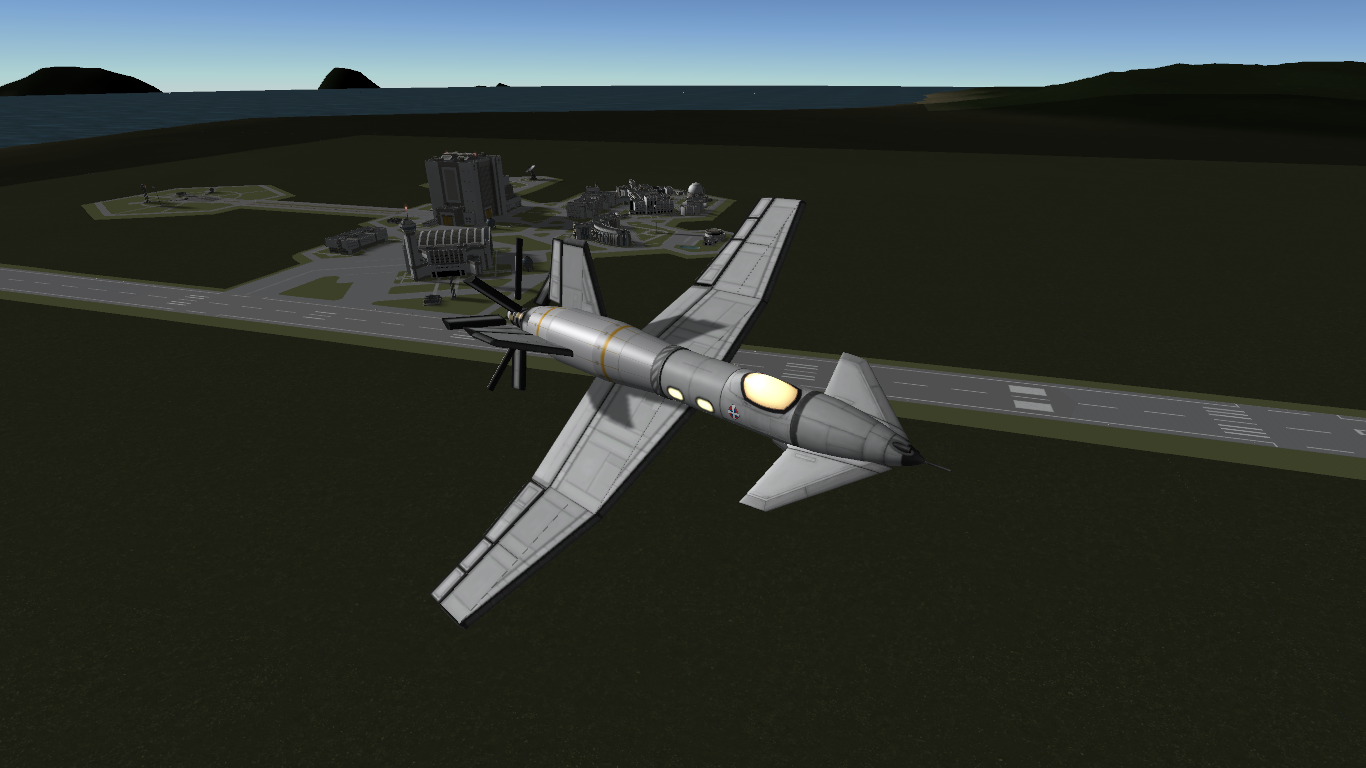 A stock aircraft called T-4 Soko. Built with 141 of the finest parts, its root part is Mark2Cockpit.

High speed airplane powered by the two electric four-bladed contra-rotating propellers. Engine is modeled after the Kuznetsov NK-12 turboprop, it consists of two separate rotors covered by the fairing to minimize the drag.

Airplane is highly maneuverable and relatively easy to fly. Just try not to stall it because it is almost impossible to recover, and be careful not to hit the runway with the rotor blades on takeoff.