try not to crash it
Note: this was made in KSP v1.2.1 - It may not function as intended in KSP 1.10.0
This craft has been added to your downloads queue. Use the KX Mod to fetch it when you are next in KSP. Enable deferred downloads to make this the default way to download.
Download craft with the KerbalX Mod
how to install
re-download

Or find other craft;
- made by Rade
- that are also pure stock
- that have a similar part count 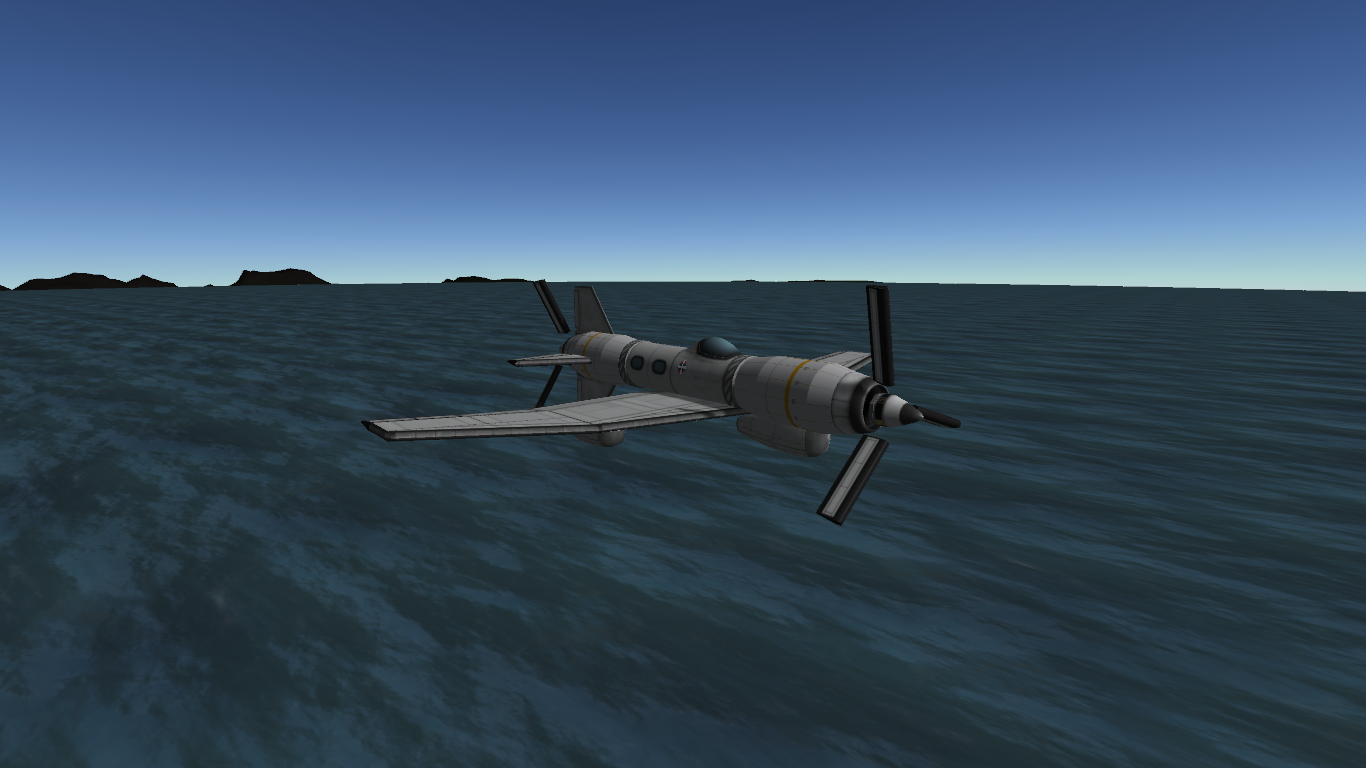 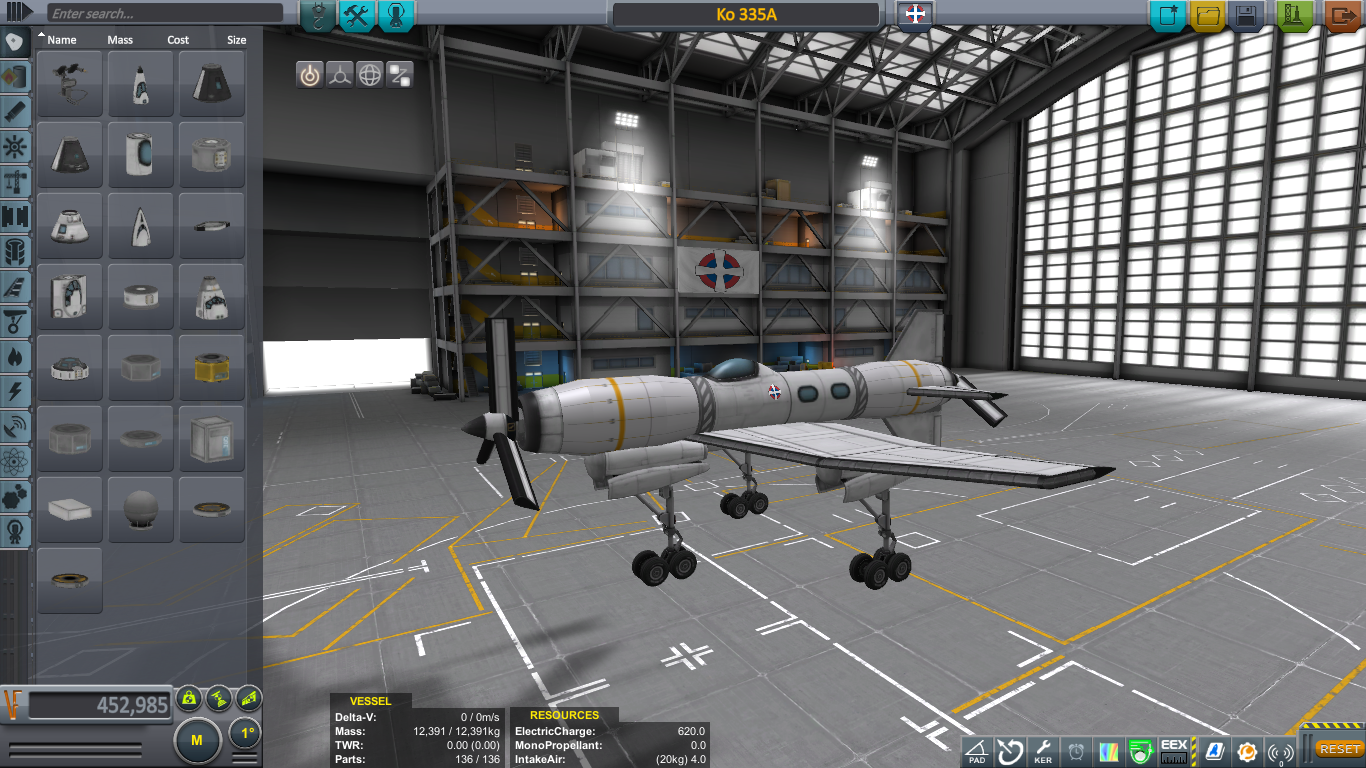 A stock aircraft called Ko 335A. Built with 136 of the finest parts, its root part is Mark2Cockpit.

Twin engine electric prop plane modeled after the Dornier Do 335, with the engines arranged in push-pull configuration, which allows for the max speed of 162 m/s at level flight.

This is the updated version of the https://kerbalx.com/Rade/Ko-335 I’ve replaced few parts in order to reduce the drag, and as the result of that the max speed have increased from 100 m/s to 162 m/s. Also this new version is a little bit more maneuverable than the old one.

Airplane can be a little bit tricky to fly. At the takeoff you have to be careful not to hit the runway with the tail rotor and in flight you have to look after the authority limiter for the blades on each rotor. Try not to stall the plane, because it will go into flat spin from which it is almost impossible to recover.