try not to crash it
This craft has been added to your downloads queue. Use the KX Mod to fetch it when you are next in KSP. Enable deferred downloads to make this the default way to download.
Download craft with the KerbalX Mod
how to install
re-download 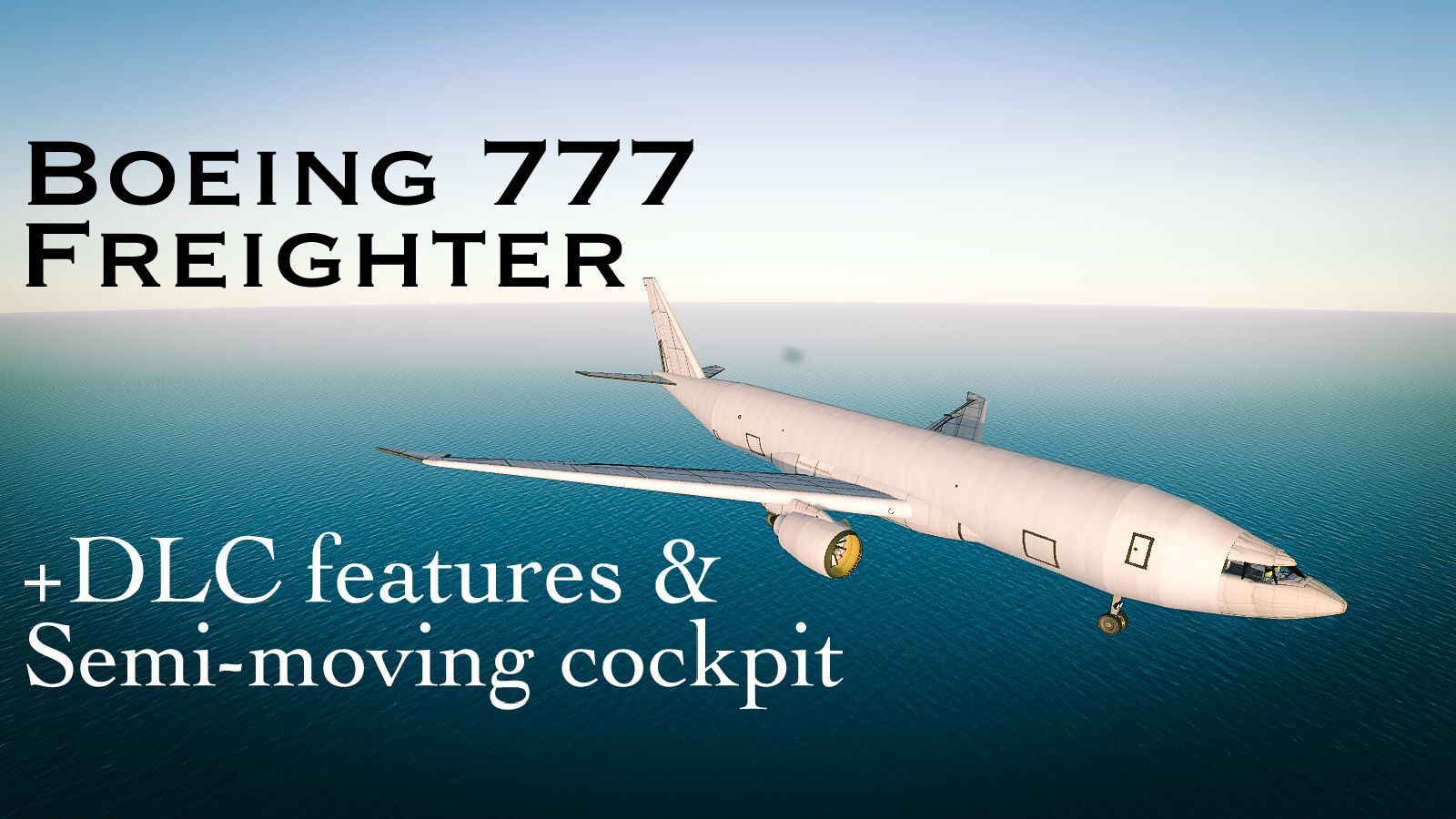 Hey wow a showcase video! I made a channel just for this. First one I’ve ever done in my life, too. You should watch it or something and hurt my fragile feelings as you comment about the abysmal quality of it.

Controlled by [I] and [K], retract and extend as per usual. Flaps 15° for takeoff, Flaps 30° for landing. On a side note, finally fixed the flaps asymmetry that has plagued many of my DLC planes. Expect to see more in the future.

Butter runway please the gear is rather weak.

A third of the 990 parts. It moves. Never press undo because things get hecked.

A stock aircraft called Boeing 777F. Built with 990 of the finest parts, its root part is HECS2.ProbeCore.

Kerbals sold separately. Choking hazard; keep away from children under the age of 5.

Update
Strengthened inboard flap. It should hold its shape a tad better.