Or find other craft;
- made by OriginalName
- that are also pure stock
- that have a similar part count
Hangars that contain this craft
Airliners | Airliners 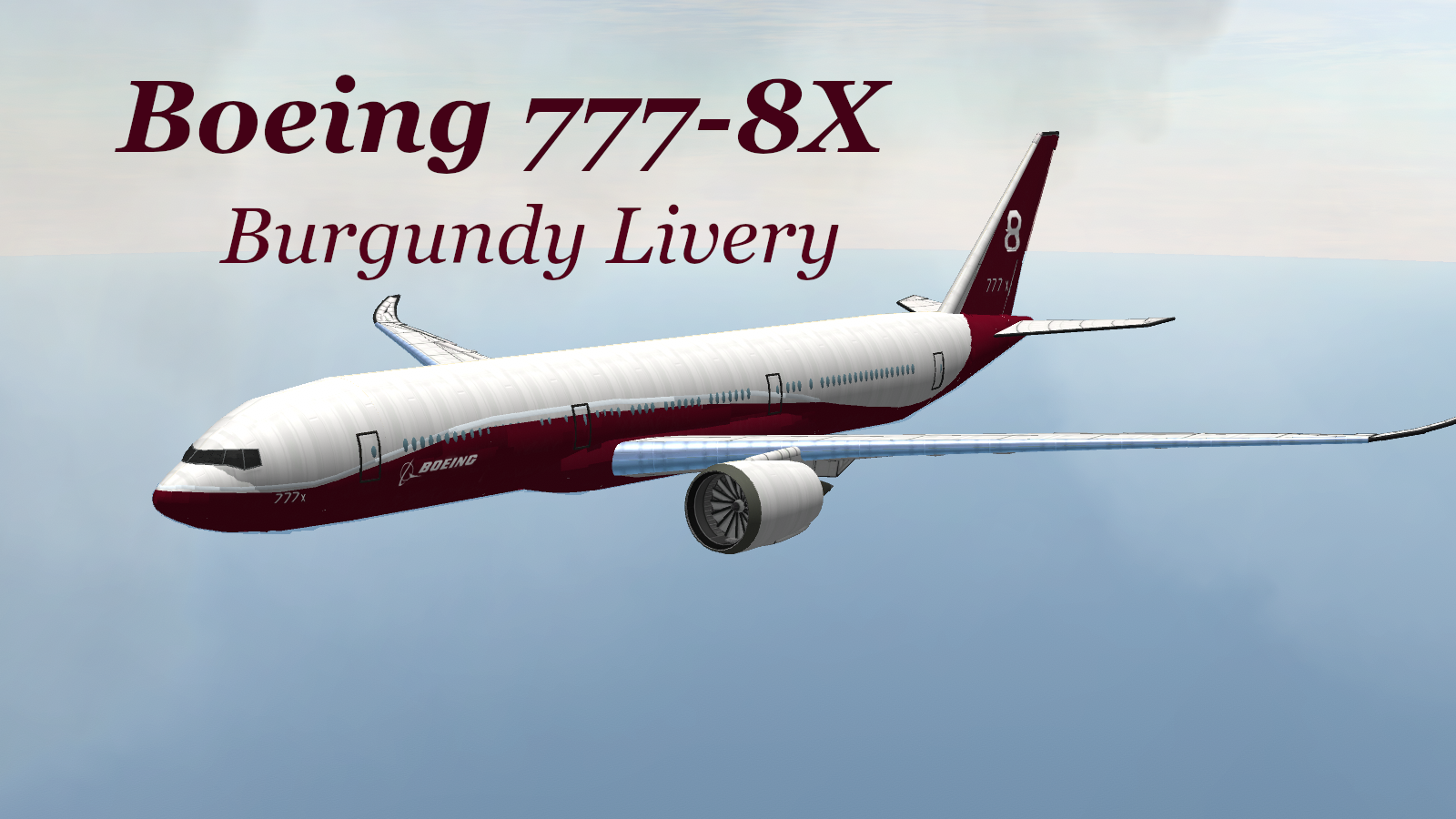 My first experimentation with flags as livery! This one features the unused burgundy livery used for initial renders of the B777x. Get the decal pack here!

NOTE: The way flags render will cause some decals to be invisible. I can’t fix this. Many apologies.

Non-livery version available in the Version Group below.

Flaps
Extend with [K], retract with [I]. Don’t fully extend as it will greatly hinder pitch performance. Not like it helps anyway.

Folding Wingtips
Toggle with AG3. The plane will still fly even if they’re folded.

Engine Behaviour
Start off with 2/3 throttle until 30m/s, or there’ll be asymmetric thrust. The fanblades do not spin, probably because of some autostrut wizardry. If you can find a way to get them to continuously spin, please do tell me.
Thrust Reverser
Toggle with AG1. You’re free to just slam them on and kick up a dust storm. The GE9X isn’t one to be messed with.

A stock aircraft called Boeing 777-8X. Built with 1398 of the finest parts, its root part is HECS2.ProbeCore.