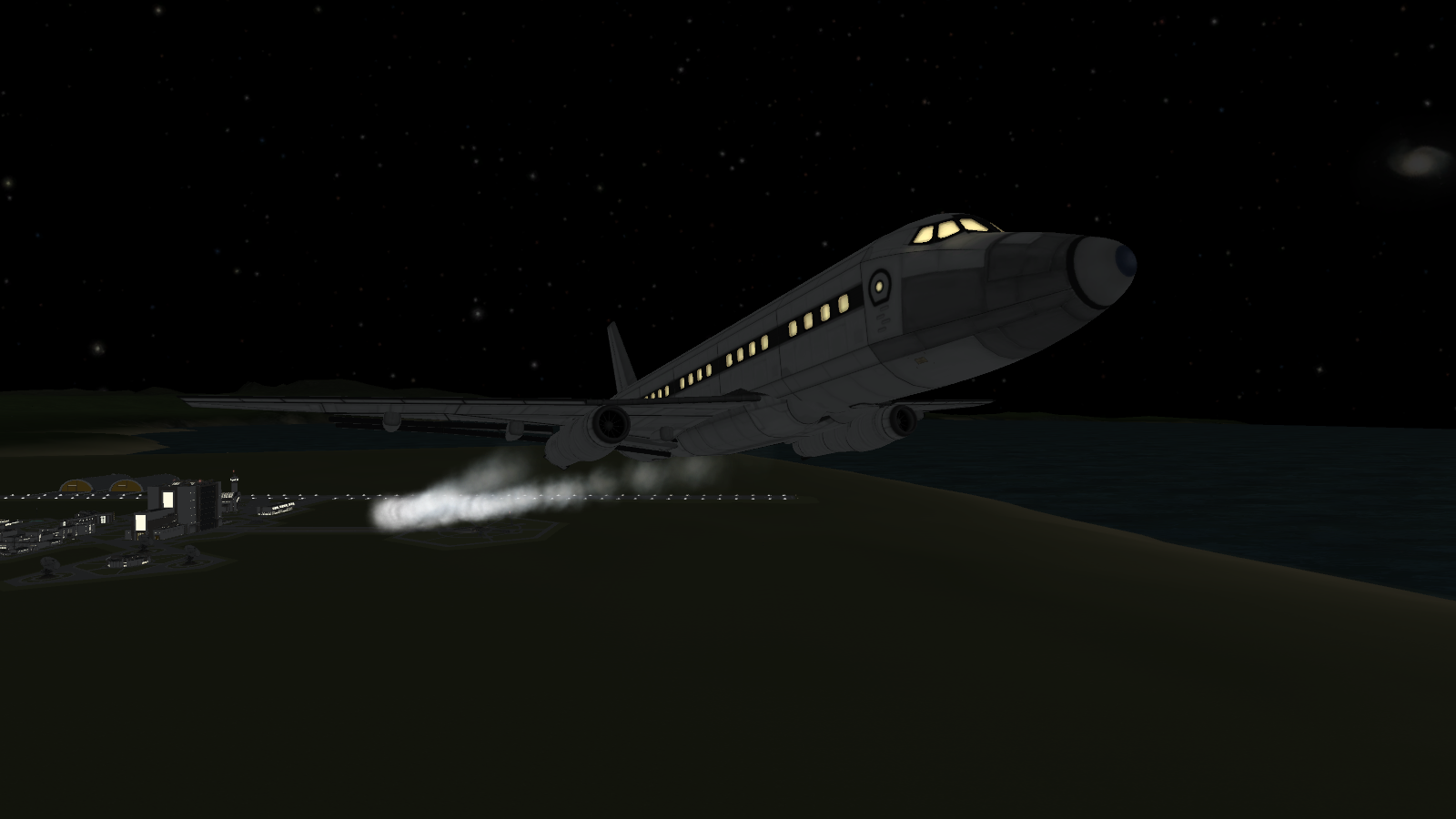 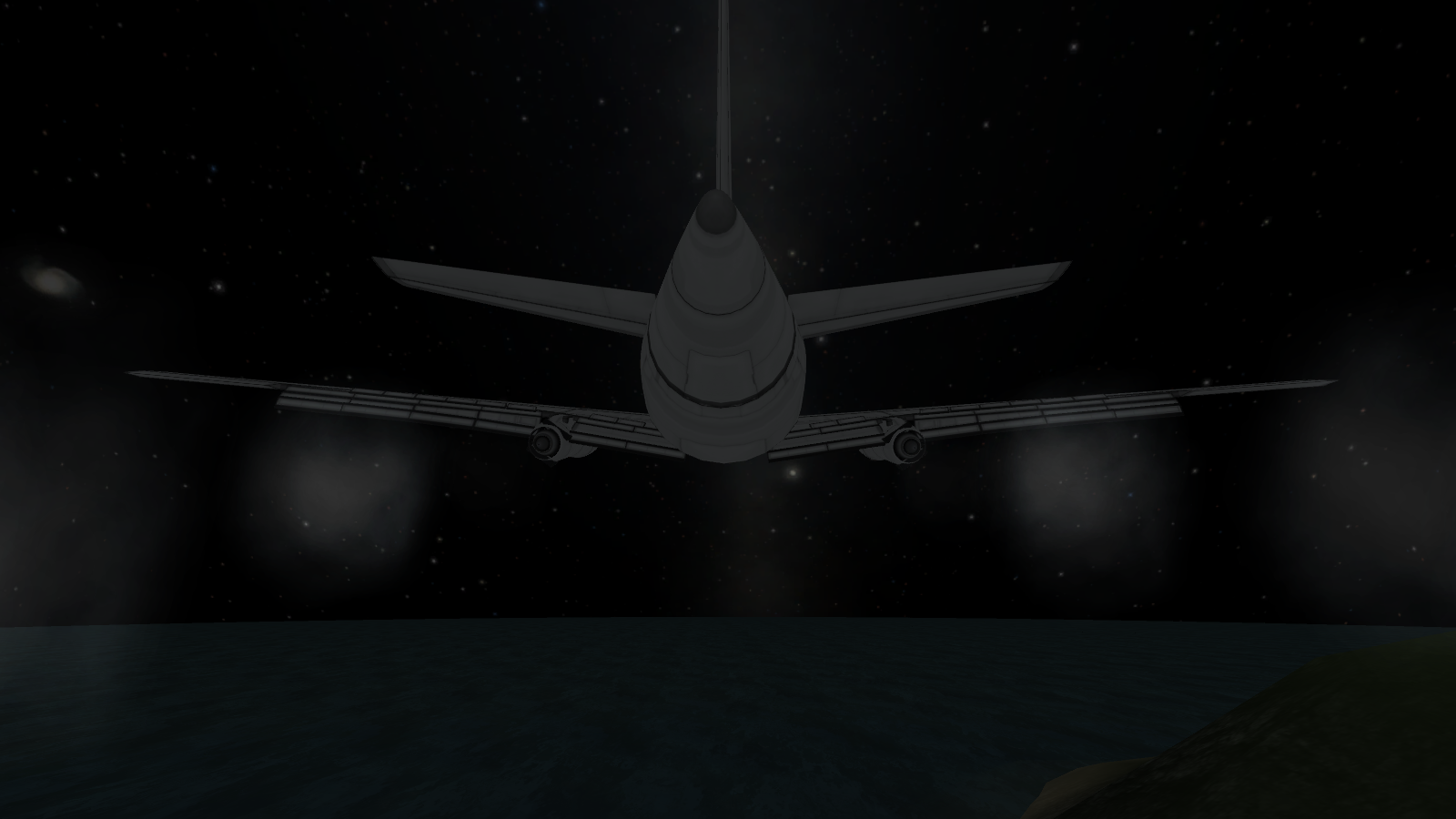 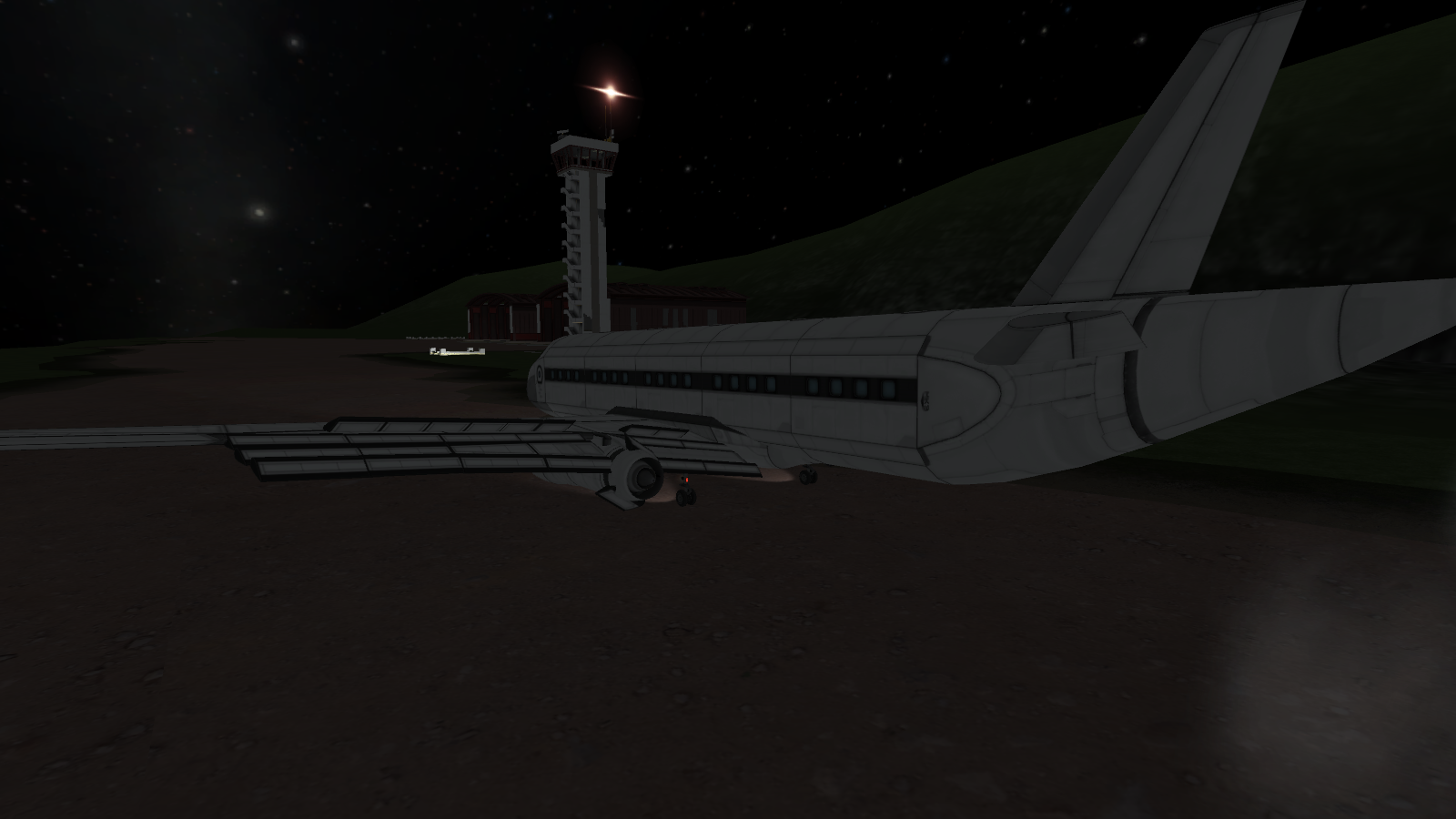 A stock aircraft called Boeing 737-200. Built with 172 of the finest parts, its root part is mk3Cockpit.Shuttle.

I tried to do the triple-slotted flaps as accurately as possible, but they won’t retract in fully so you’re stuck at either flaps 5 or 40.

Don’t exert too much G-force on the wings, or they’ll pop off. That being said, they can maybe survive a hard pitch up.

Deploy directions may be incorrect, so invert if needed.