Or find other craft;
- made by OriginalName
- that are also pure stock
- that have a similar part count
Hangars that contain this craft
Cool Stock 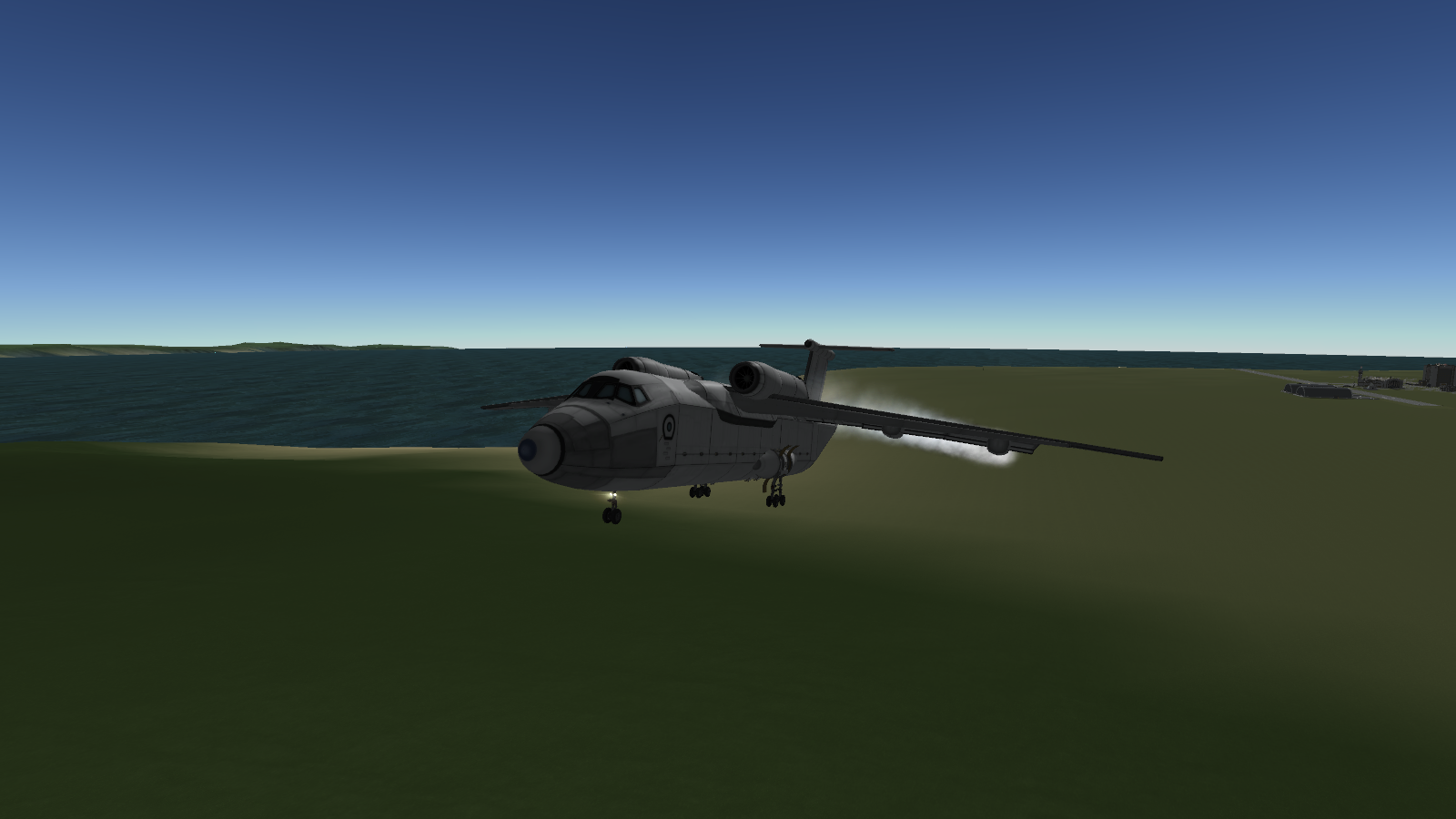 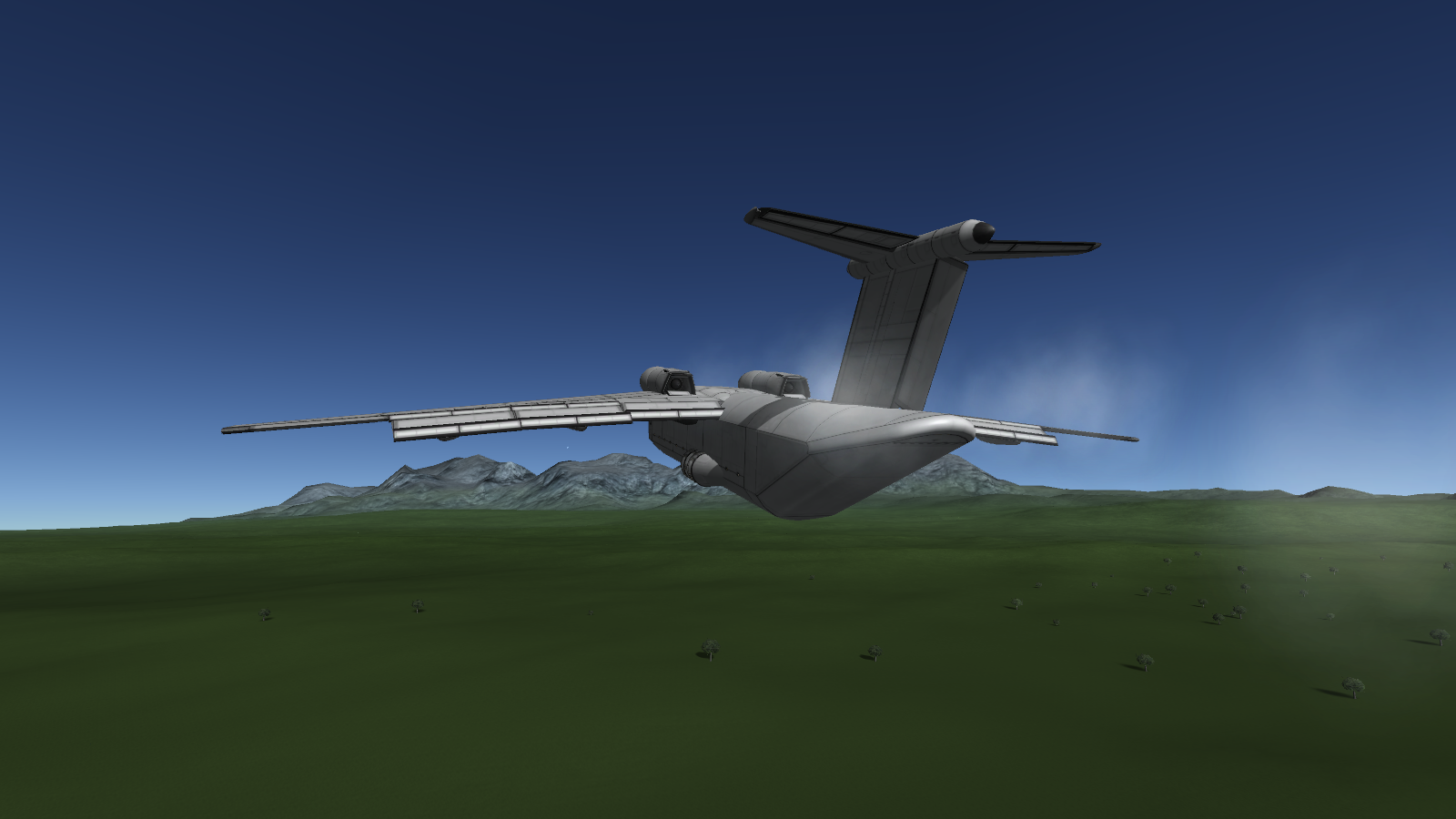 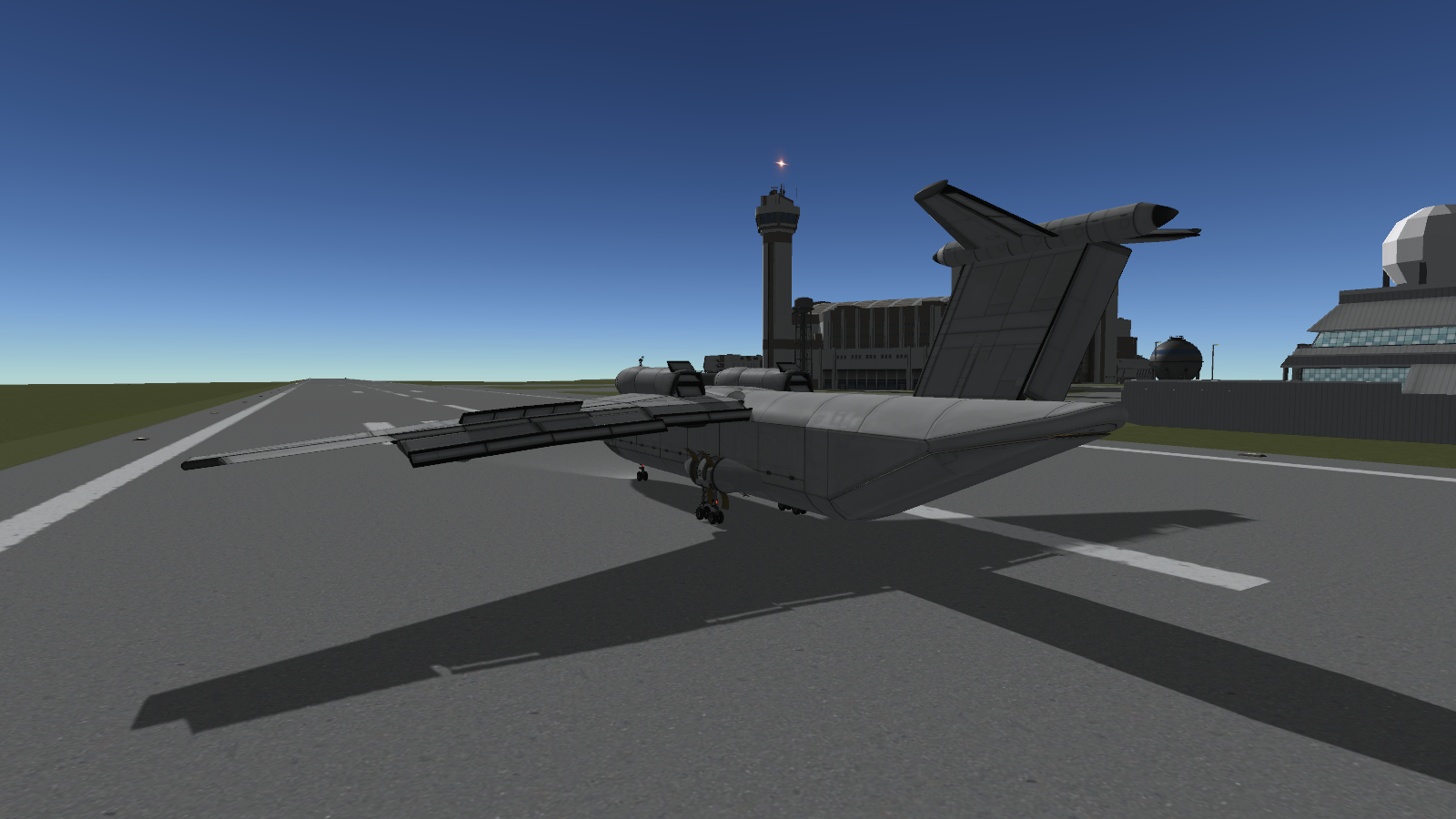 A stock aircraft called Antonov AN-74. Built with 172 of the finest Russian components, its root part is mk3Cockpit.Shuttle (Not stolen from America).

Has overwing engines for the Coandă effect, and an anhedral wing. This means that it has a tendency to pitch down and be unable to correct its roll in flight.

It can carry 70 tons of cargo, if you load the plane correctly.

When the reversers are deployed, the intakes on the side will overheat and probably explode, but it doesn’t impact performance.

Ac group 3 and 4 increases and decreases pitch respectively, to aid with the engine nose-down effect.

Flaps and spoilers may deploy incorrectly, so invert if needed.