try not to crash it
Note: this was made in KSP v1.7.3 - It may not function as intended in KSP 1.11.2
This craft has been added to your downloads queue. Use the KX Mod to fetch it when you are next in KSP. Enable deferred downloads to make this the default way to download.
Download craft with the KerbalX Mod
how to install
re-download

Or find other craft;
- made by OriginalName
- that are also pure stock
- that have a similar part count
Hangars that contain this craft
ale 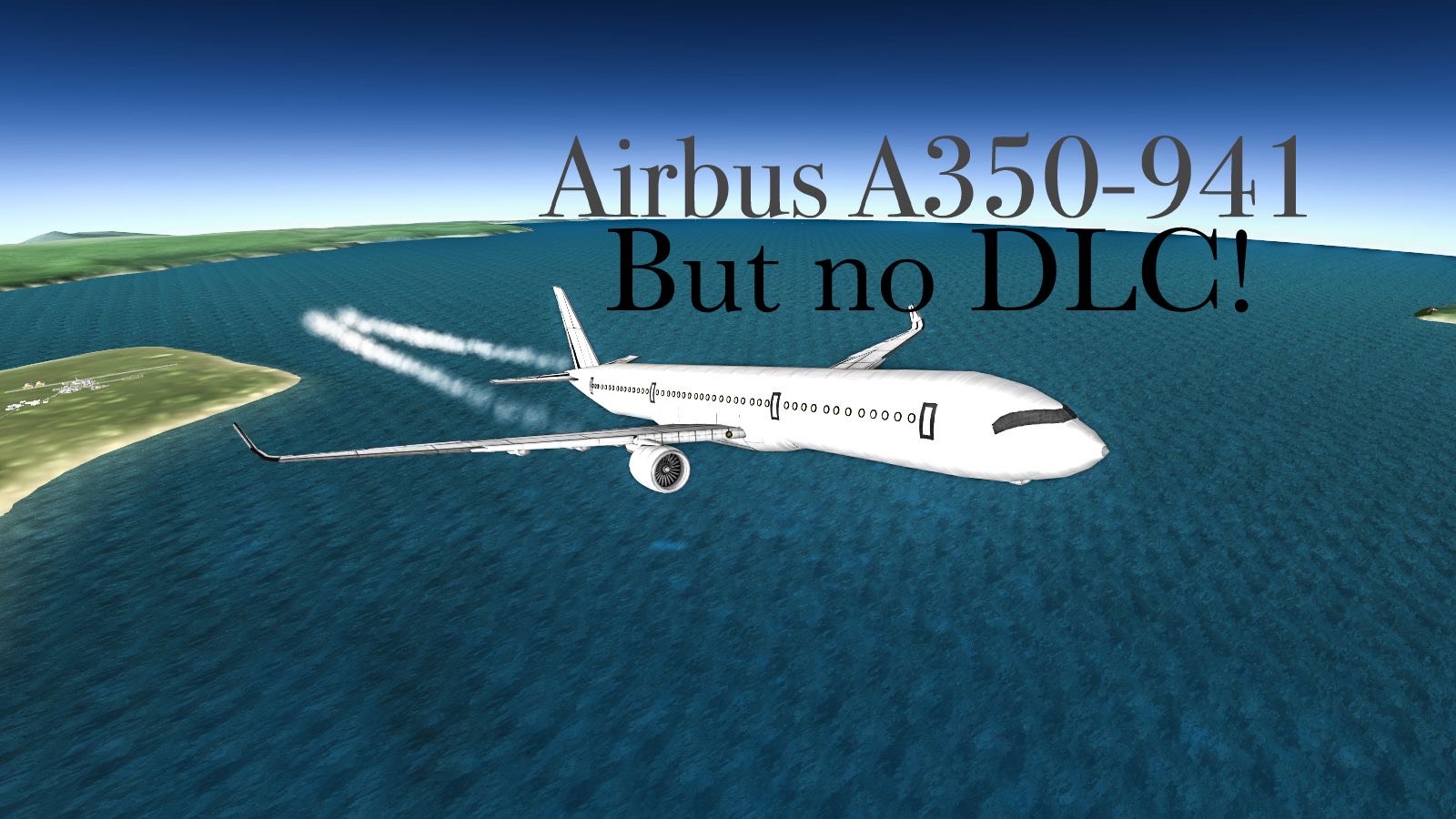 Finally I got around to making the non-DLC version of my A350. For the robotics version, see here.

The airframe is exactly the same, except without the DLC parts. Fun for everyone!
However, the flaps have changed, and can now be deflected variably. Read about it below, along with action group info.

Don’t pull up too hard, or the wings may pop off.

Flaps are no longer controlled with AG9 and AG10! But, AG10 still retracts the spoilerons.
Now, flaps are extended using [K] and retracted using [I]. This gives you a deflection range of -150% to 150%, or around 0°-60°. In the retracted state, the flap is deflected at Limiter 150%. Hence, landing setting should put the flap at Limiter 0%. But we can go further! We can deflect the flaps past the usual maximum deflection, however, this incurs a lot of drag, and should not be used. This also means flaps can be set for takeoff, at Limiter 80%. All without any craft file editing!

Upon loading, the flaps should be in their retracted position. If they are deflected downwards, invert deploy direction.

A stock aircraft called Airbus A350-941. Built with 582 of the finest parts, its root part is HECS2.ProbeCore.