Or find other craft;
- made by OriginalName
- that are also pure stock
- that have a similar part count
Hangars that contain this craft
Airliners 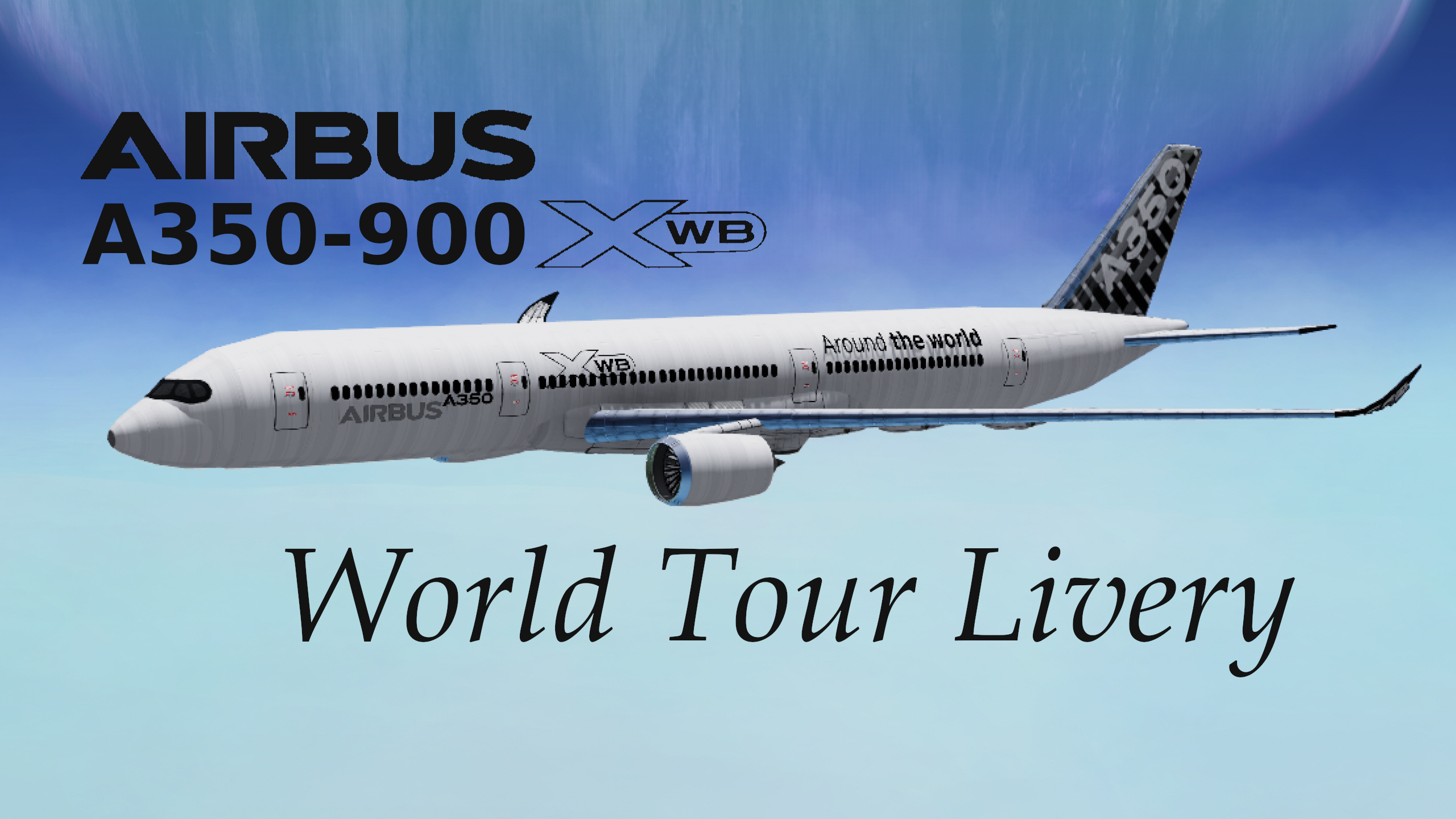 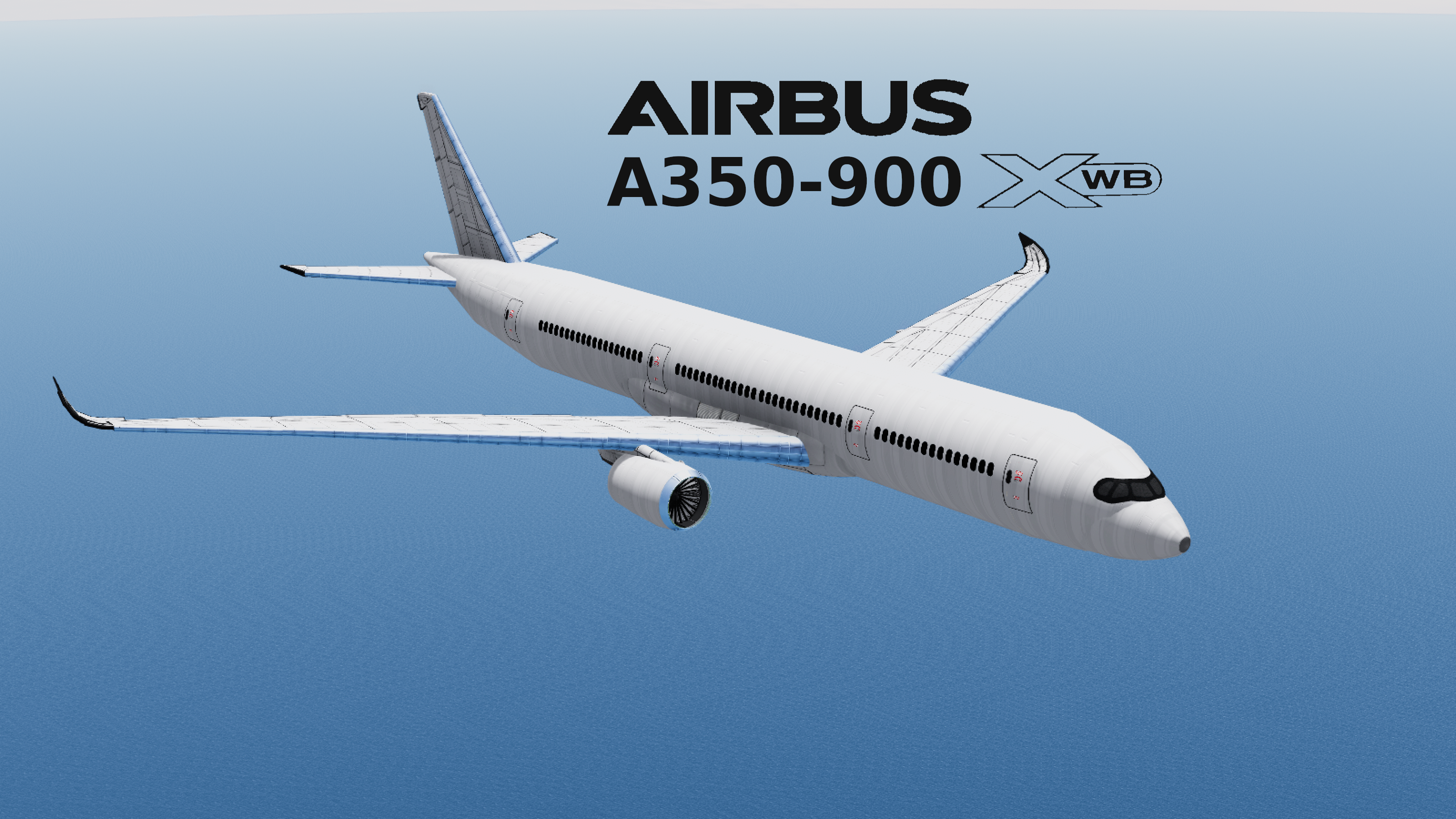 Unbreakable Joints and No Crash Damage are needed!

This version comes with the Around the World livery, used for the A350’s world tour. I originally wanted to do the carbon fiber lattice livery, but the lattice part was a pain in the rear to do, so I just settled on the tail.
Note: The right side of the tail has inverted flags. This is mainly because I couldn’t find a good reference pic to grab the textures on that side from. My apologies.
This craft uses custom flags! Get them here! Doors and windows made by jceverett.

Flaps
Extended with [K] and retracted with [I] as usual. Don’t go beyond 30° deflection or there’ll be a lot of drag. Keep throttle >2/3 when flaps are deployed.

Landing Gear Quirks
Because of the design of the landing gear, the A350 will actually accelerate itself to around 30m/s and is incapable of a full-stop. The brakes aren’t powerful enough to stop this force. I really have no idea how this’ll affect your use of the plane, but just be aware.

A stock aircraft called Airbus A350-900 XWB World Tour Livery. Built with 1322 of the finest parts, its root part is HECS2.ProbeCore.