try not to crash it
Note: this was made in KSP v1.7.3 - It may not function as intended in KSP 1.11.2
This craft has been added to your downloads queue. Use the KX Mod to fetch it when you are next in KSP. Enable deferred downloads to make this the default way to download.
Download craft with the KerbalX Mod
how to install
re-download 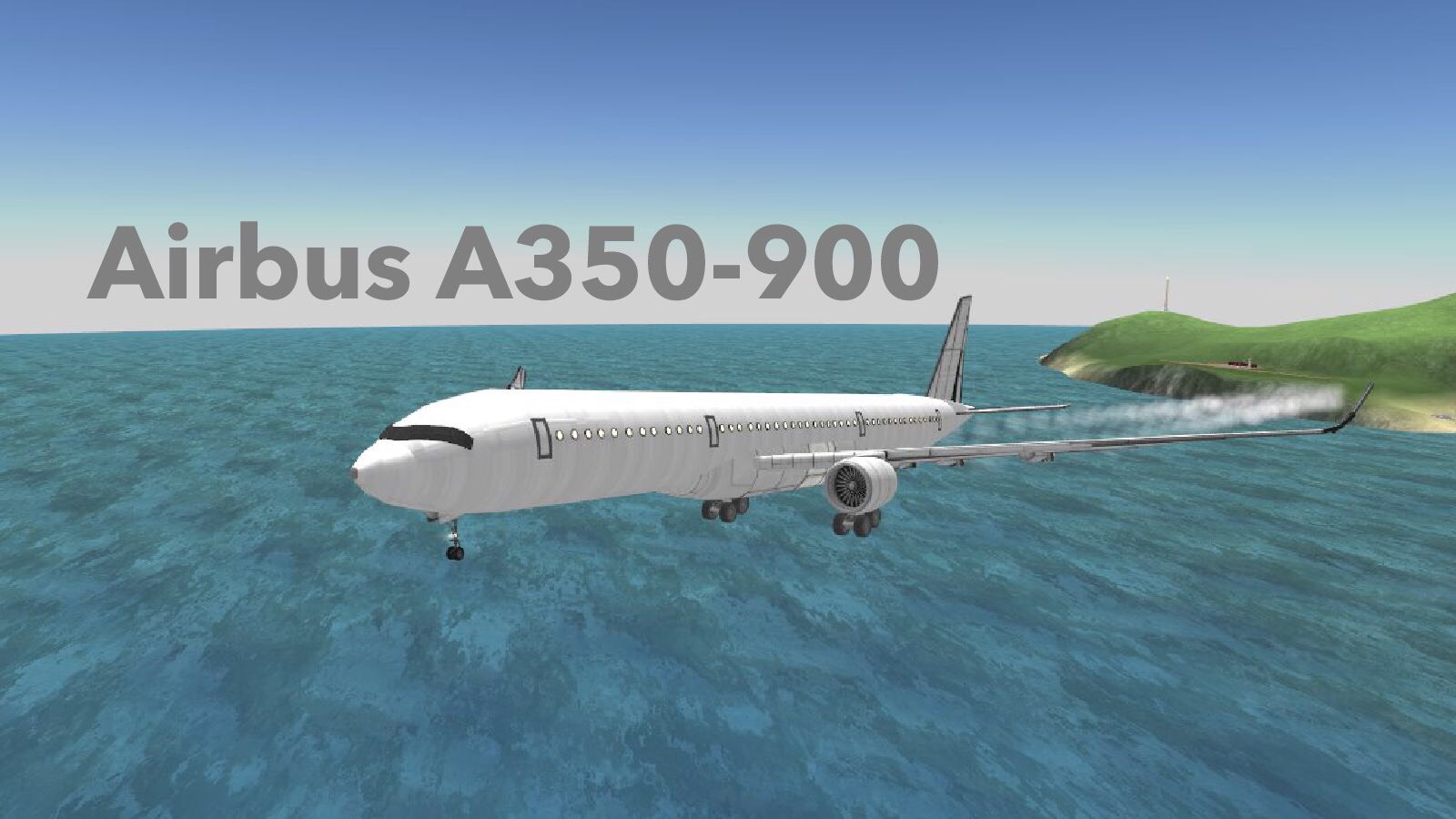 Recently, I thought that my B777 was going to be my proudest plane. Now, it’s between these two. I decided to remake my A350, since I feel like I haven’t given such a beautiful plane justice. With looks come the hefty part count, unfortunately.
This real deal comes with spoilerons, sharklets and custom main landing gear.
Batteries included, range sold separately.

Development of this plane was made nightmarish by, firstly, the fact that my mouse either didn’t click or double-clicked. Rejoice. Secondly, hinges did not want to work. This forced me to use the very impractical servo for flap deflection.

While the main wing is made thicker, the stabilisers are not. The only reason I didn’t make them thick is because of thing commonly referred to as ‘part count’. I unfortunately don’t own a supercomputer that can handle 1000 parts (I am the proud owner of a wired potato). In fact, 600 is close to my upper limit. This is also the reason why I don’t have custom engines.

Cautionary Notes
There are a number of important things about this plane.
Custom Landing Gear
It is absolutely critical that the plane touches down as softly as possible (<5m/s vertical speed). Any greater and the gear will disassemble, along with the rest of the plane.
The gear will vibrate if the plane is at a full stop. When moving, it should stop vibrating.
Because of its nature, braking power is abysmal. When stopping, apply full reverse until full stop!
Flaps
The controls for the flaps on this plane are slightly different to my other planes.
AG9 and AG10 now no longer control flaps. Instead, they are controlled by I and K, for retraction and extension respectively. As such, it is possible to control flap deflection. Also handy to note is that AG Brakes will extend the spoilerons, and AG10 will retract them. These spoilerons can act as flight spoilers.
Interesting Aileron Behaviour
I have noticed that at higher speeds, the ailerons may start to flutter. This, for the most part, should not pose any severe issues, as the spoilerons will help with roll. I have no idea why this happens, although it may have to do with the flexible wingtips.

A stock aircraft called Airbus A350-900 ULR. Built with 636 of the finest parts, its root part is HECS2.ProbeCore.