try not to crash it
Note: this was made in KSP v1.8.1 - It may not function as intended in KSP 1.11.2
This craft has been added to your downloads queue. Use the KX Mod to fetch it when you are next in KSP. Enable deferred downloads to make this the default way to download.
Download craft with the KerbalX Mod
how to install
re-download 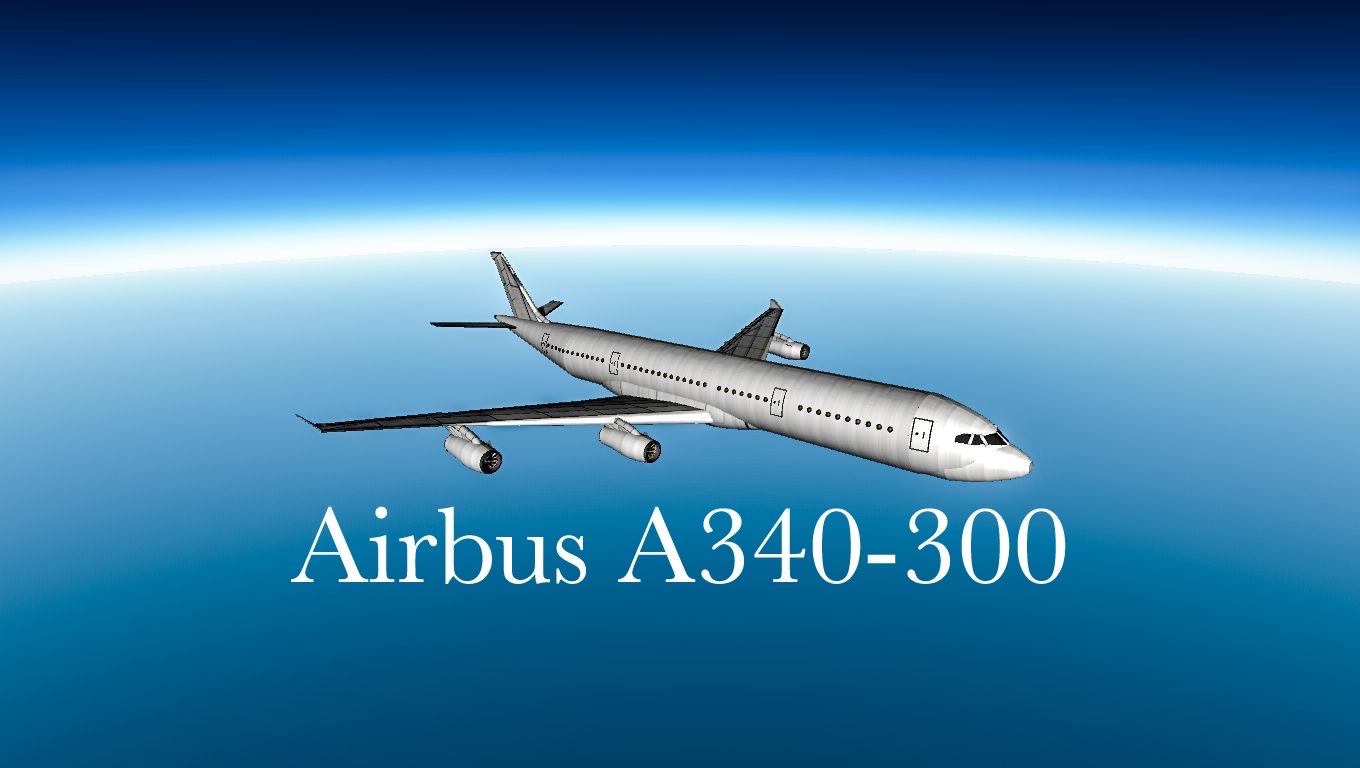 Now, before we begin anything, let’s go back in time to my very first upload, the Airbus A340.

It was not the first airliner I had ever created, of course; that would have been a Boeing 717 made in 2016 with the most basic of skills and Tweakscale.

In 2017, I started getting ‘better’ e.g. better wing design, flaps and spoilers, and made better replicas of many airliners. In fact, some of my earliest airliners uploaded stemmed from these. However, these designs used Infernal Robotics which were used to actuate the flaps and such. If you’ve noticed, I tend to put a decent amount of accuracy into the wings, especially the flaps, which perhaps came from the desire for a cool flap system.

In May 2018, this 100%, never before seen, completely one-of-a-kind original username came about. At first, my focus was to make ‘decently-accurate’, ‘part-count friendly’ replicas of airliners. As it would appear, I have completely given up on both these goals. I also intended to upload both a Stock and Modded (IR and Tweakscale) version of every airliner I made. I got lazy and just stuck with Stock. Good call, old me.

And now here we are, Nov 2019, coming full circle with this plane a testament to how much my skills have improved throughout the year. However, some things still stay the same, like the wing of literally every airliner I’ve replicated. Notice how they all have the same pattern of parts?

Sappy history talk over, you’re here for the details anyway.

Flaps
Actuated by [I] and [K], retract and extend respectively. Suggested maximum deflection at Limiter 10.
Drooped ailerons are toggled by AG7.

Engines
As with any custom engine I’ve made, it will flameout at full throttle. As such, start at 2/3 throttle, then after takeoff, gradually increase power till full. Note that for this plane, for whatever reason, Engine #3 will be the first to stall, followed by Engine #2.
Also, no thrust reversers. Brakes are strong enough. If you want stronger braking, just increase the braking force.

That’s it. Here’s to another year.

A stock aircraft called Airbus A340-300. Built with 874 of the finest parts, its root part is HECS2.ProbeCore. 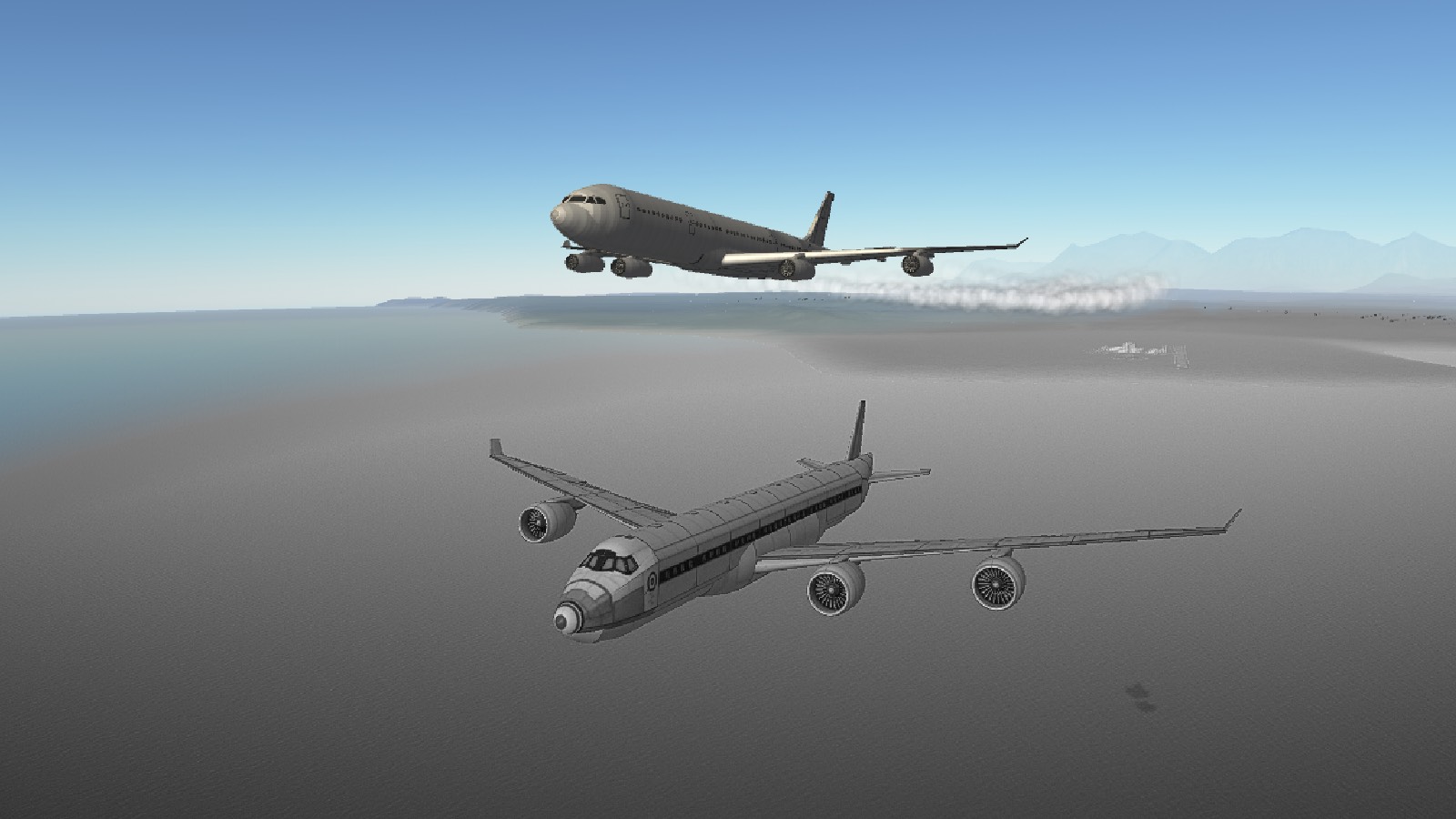 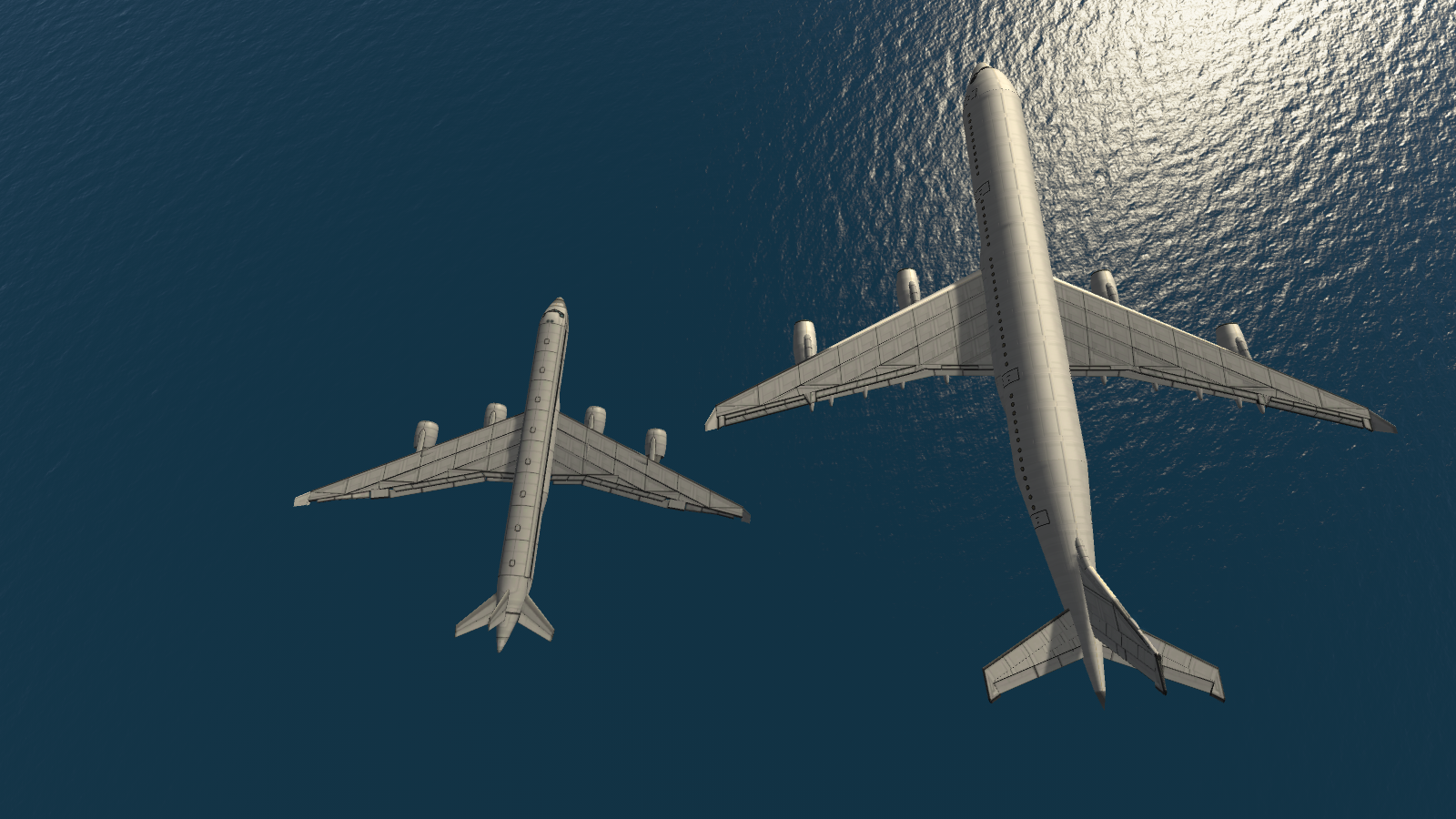 Comparison between the two A340s. 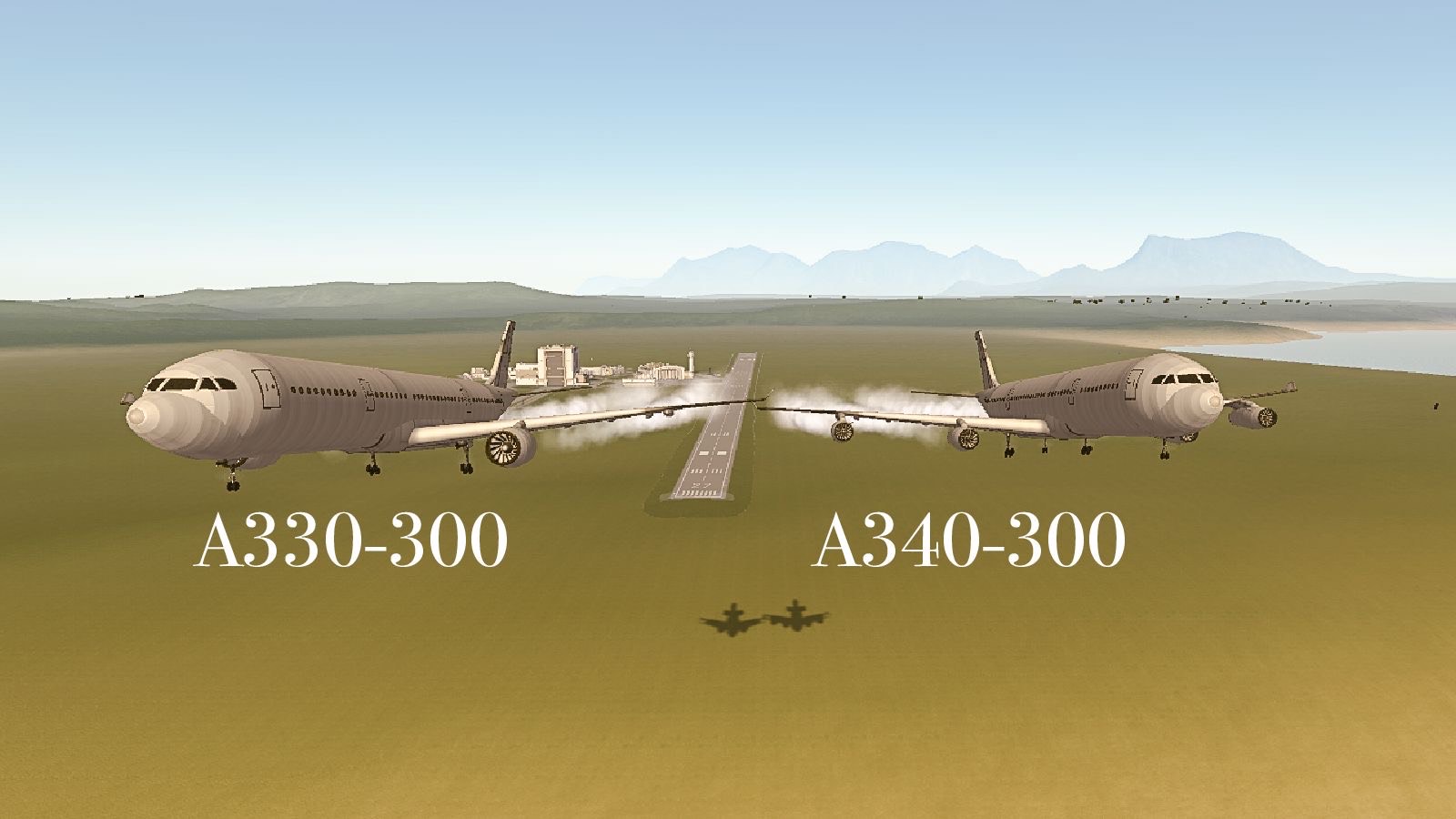