try not to crash it
Note: this was made in KSP v1.4.0 - It may not function as intended in KSP 1.12.5
This craft has been added to your downloads queue. Use the KX Mod to fetch it when you are next in KSP. Enable deferred downloads to make this the default way to download.
Download craft with the KerbalX Mod
how to install
re-download

Or find other craft;
- made by Night_Ranger428
- that are also pure stock
- that have a similar part count
Hangars that contain this craft
Stock Combat Aircraft 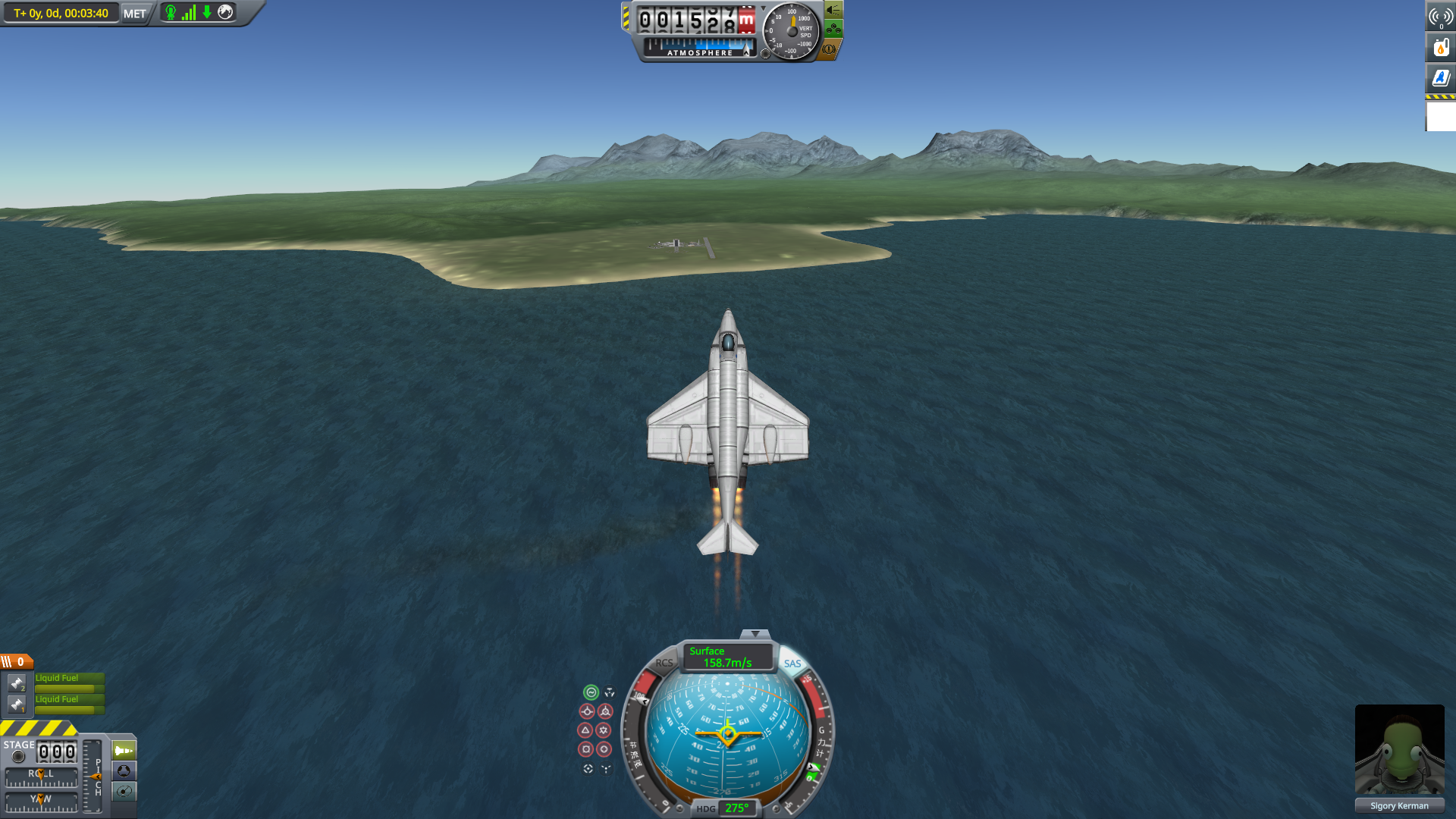 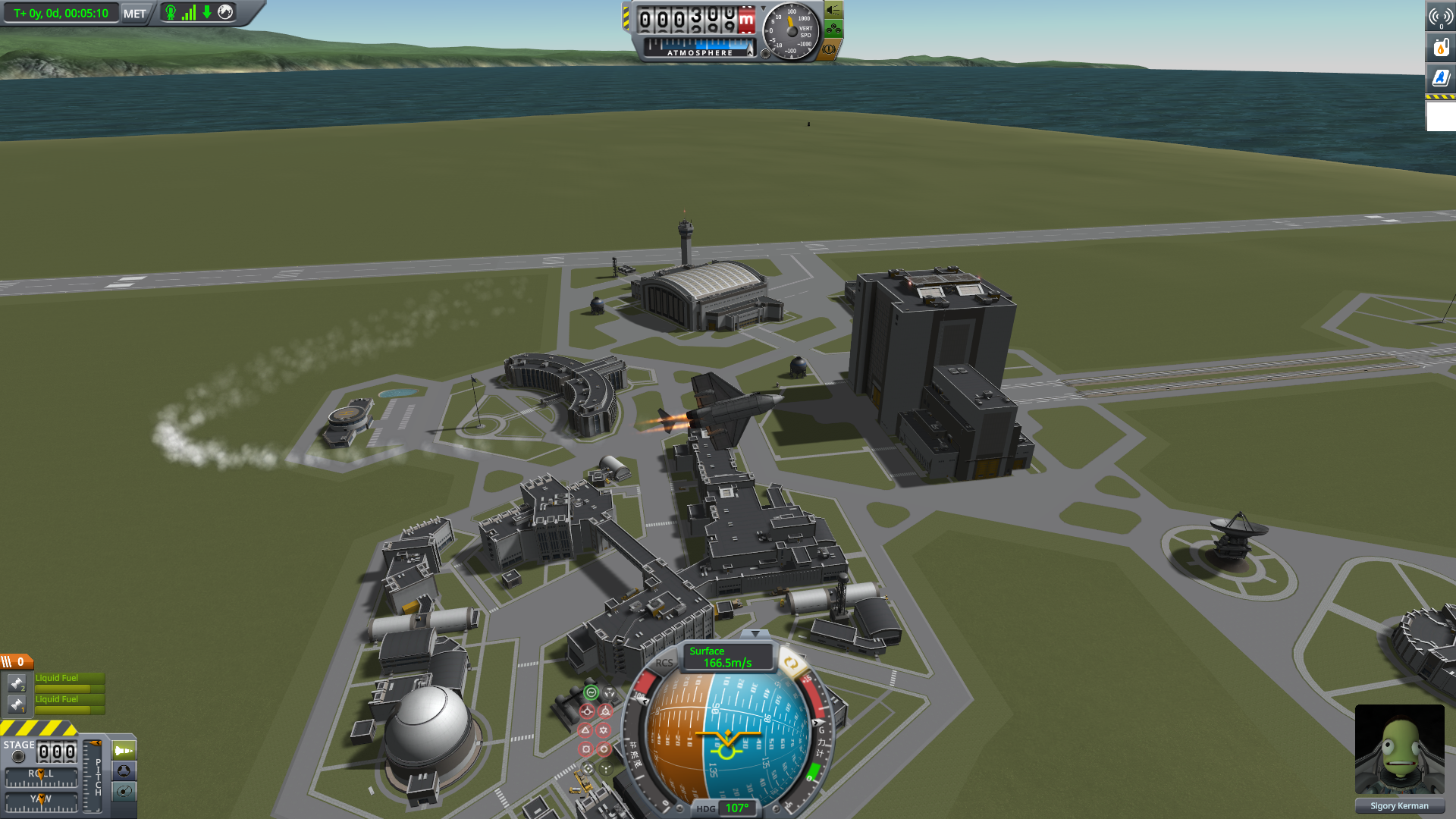 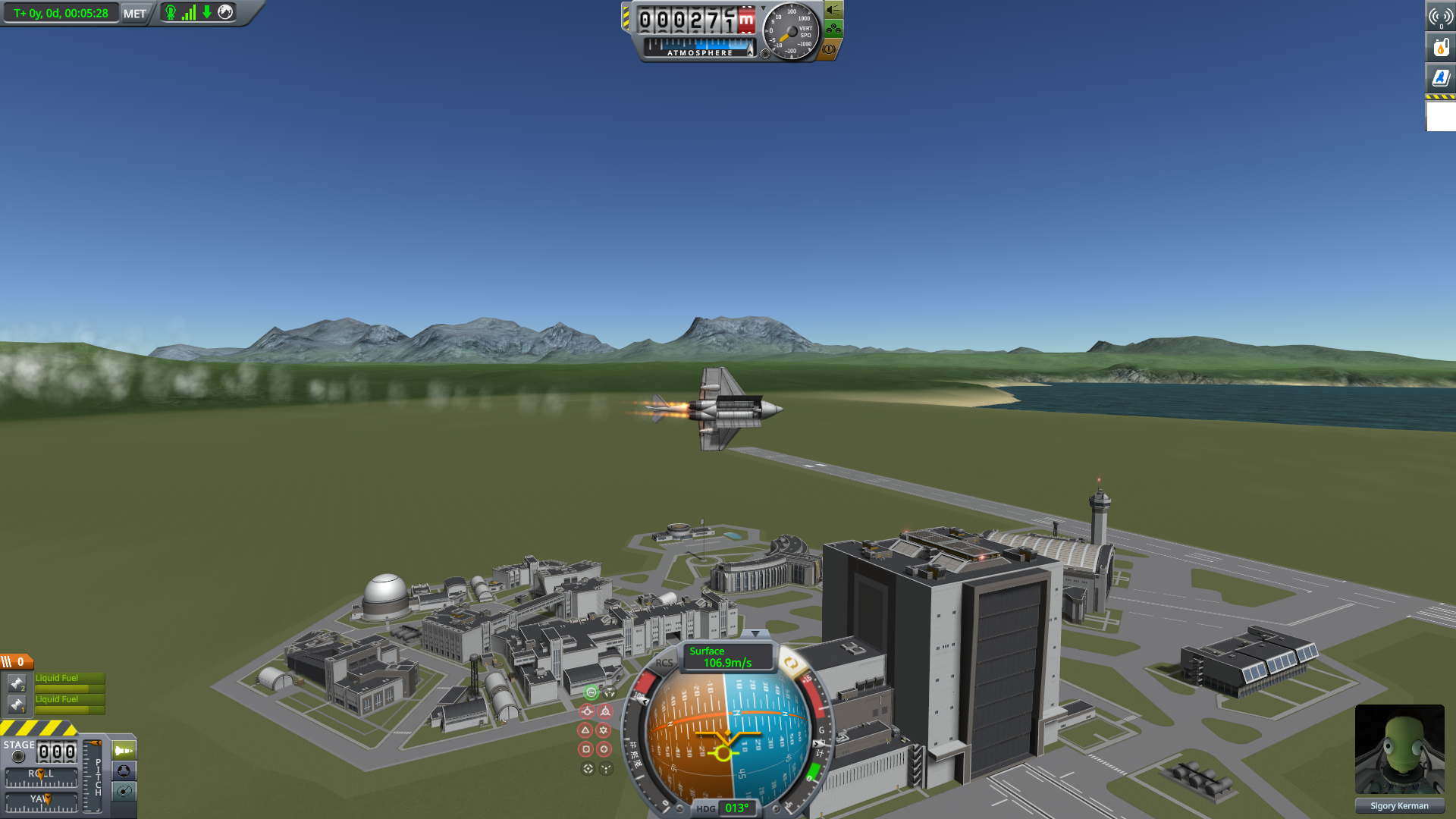 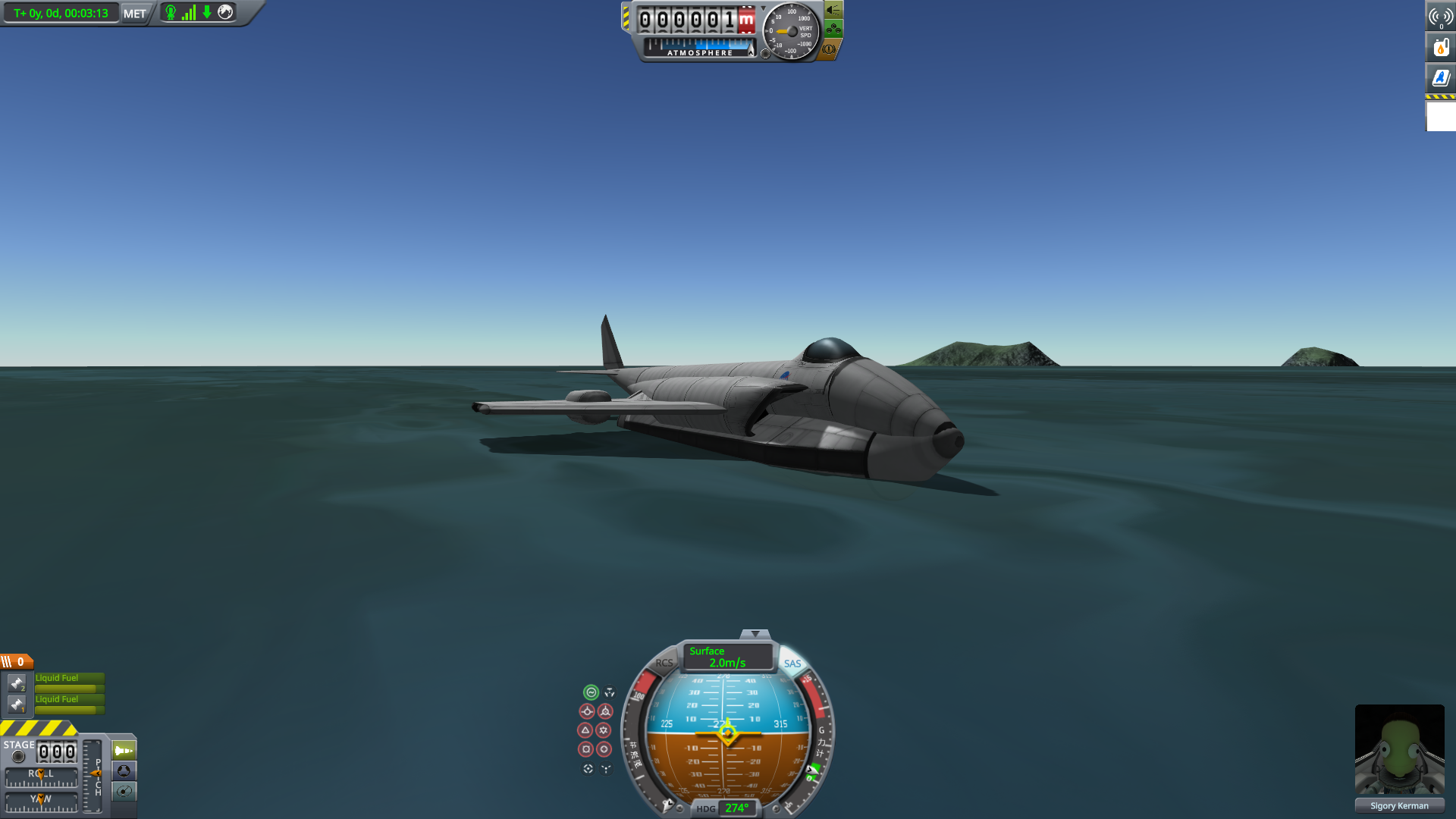 A stock bomber/strike aircraft called A-32 Stinger. Built with 47 of the finest parts, its root part is Mark2Cockpit.

This craft stemmed from an idea I had to mount Mk2 cargo bays under a slim fuselage as a light bomber or strike aircraft, and here you have the result, a quite fast and maneuverable twin engined aircraft. It isn’t the prettiest, even so, it is a capable bird. The top-down view reminds me of the Grumman A-6, and this thing is (intended to*) do similar jobs to the A-6. It is capable of 350m/s** in a slight climb with the afterburners going (Mach 1 is ~343m/s), and, obviously, will go quicker in a dive. It is also, unintentionally, capable of landing on and taking off from water, which it will do, unassisted (although it will take off if you pull up from about 50m/s+, with the engines in either dry or wet mode, even with a load in the bomb-bay (except if there is also payload under the wings that also contacts the water, that may create too much drag). Landing on water is fairly simple, deploy the flaps, cut the engines, apply the brakes (there are a pair of control surfaces in the aft wing root that deploy when brakes are activated), and bring it down. It will destroy itself if you touch down at 100m/s+, recommended landing speed for water is 80m/s or less, with a slightly nose-high attitude. For reference generally, with flaps down, it will stall just under 35m/s, although all that entails is the nose pitching down, a touch of power will rectify this.

Nose gear also sometimes gets an unable to deploy message, but to rectify this just open the bomb bay, deploy the gear, and close the bomb bay. I don’t know why this happens, but anyway, it’s easy to fix. 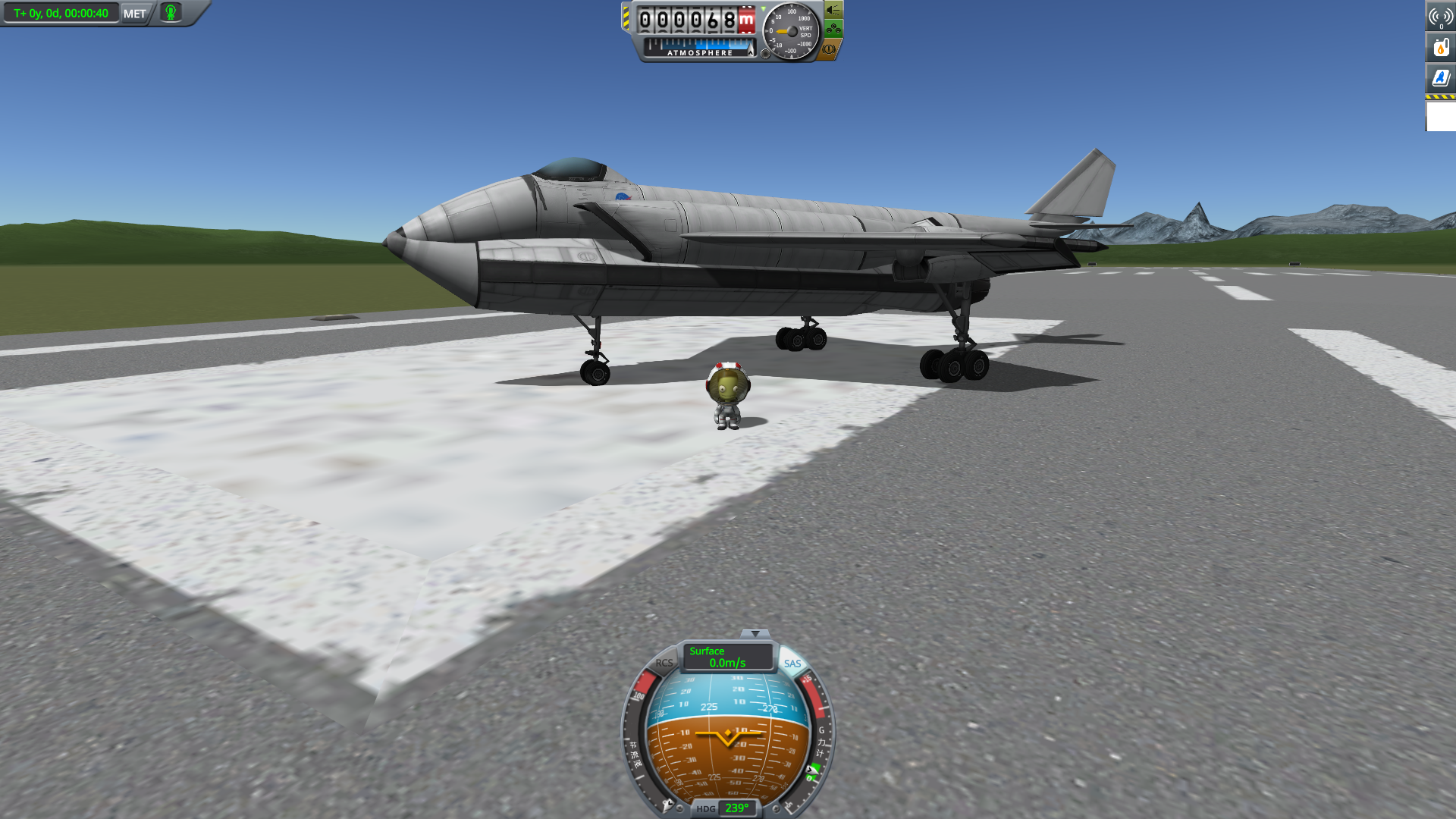 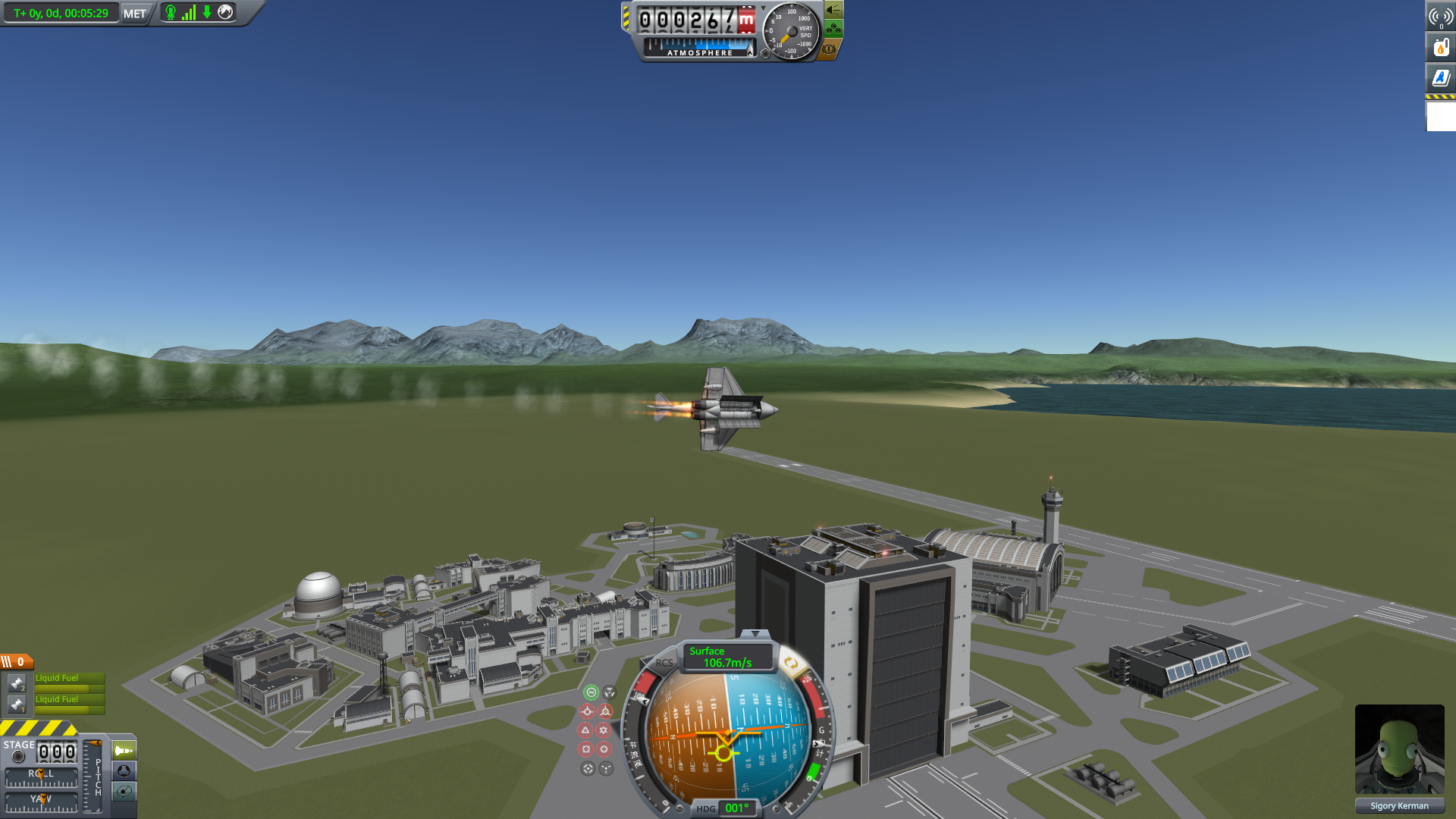