You'll need to download these ones manually; Bluedog DB https://spacedock.info/mod/442/Bluedog%20Design%20Bureau Contares NIP KerbalX doesn't know where to find this mod - Google it
Login or sign up so KerbalX can remember the craft you've downloaded and so you can;
Upvote it
,
Favourite it
or
add it to a Hangar 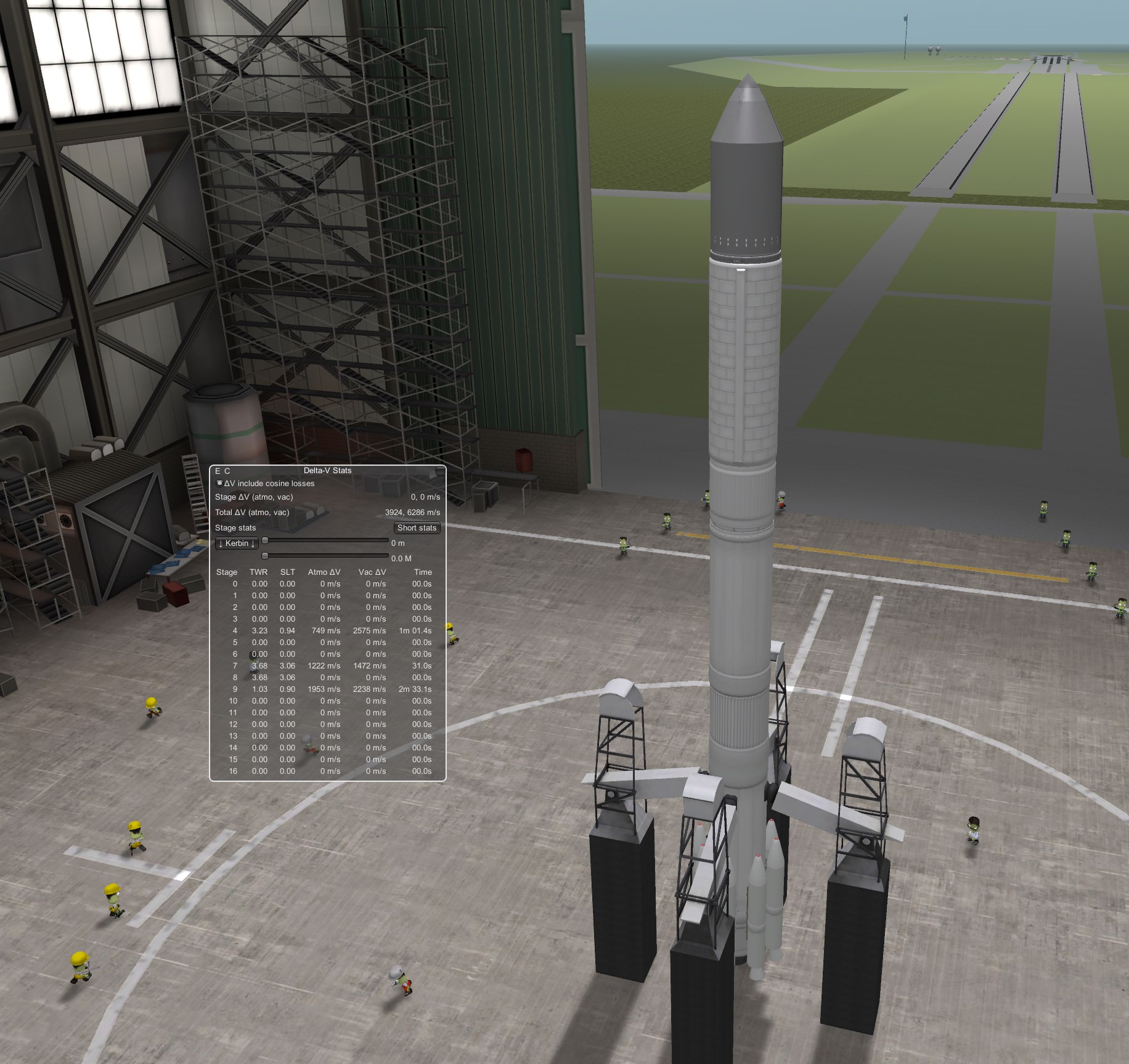 The H–I or H–1 was a Japanese liquid-fuelled carrier rocket, consisting of a licence-produced American first stage and set of booster rockets, and all-Japanese upper stages. It was launched nine times between 1986 and 1992. It replaced the N-II, and was subsequently replaced by the H–2, which used the same upper stages with a Japanese first stage.