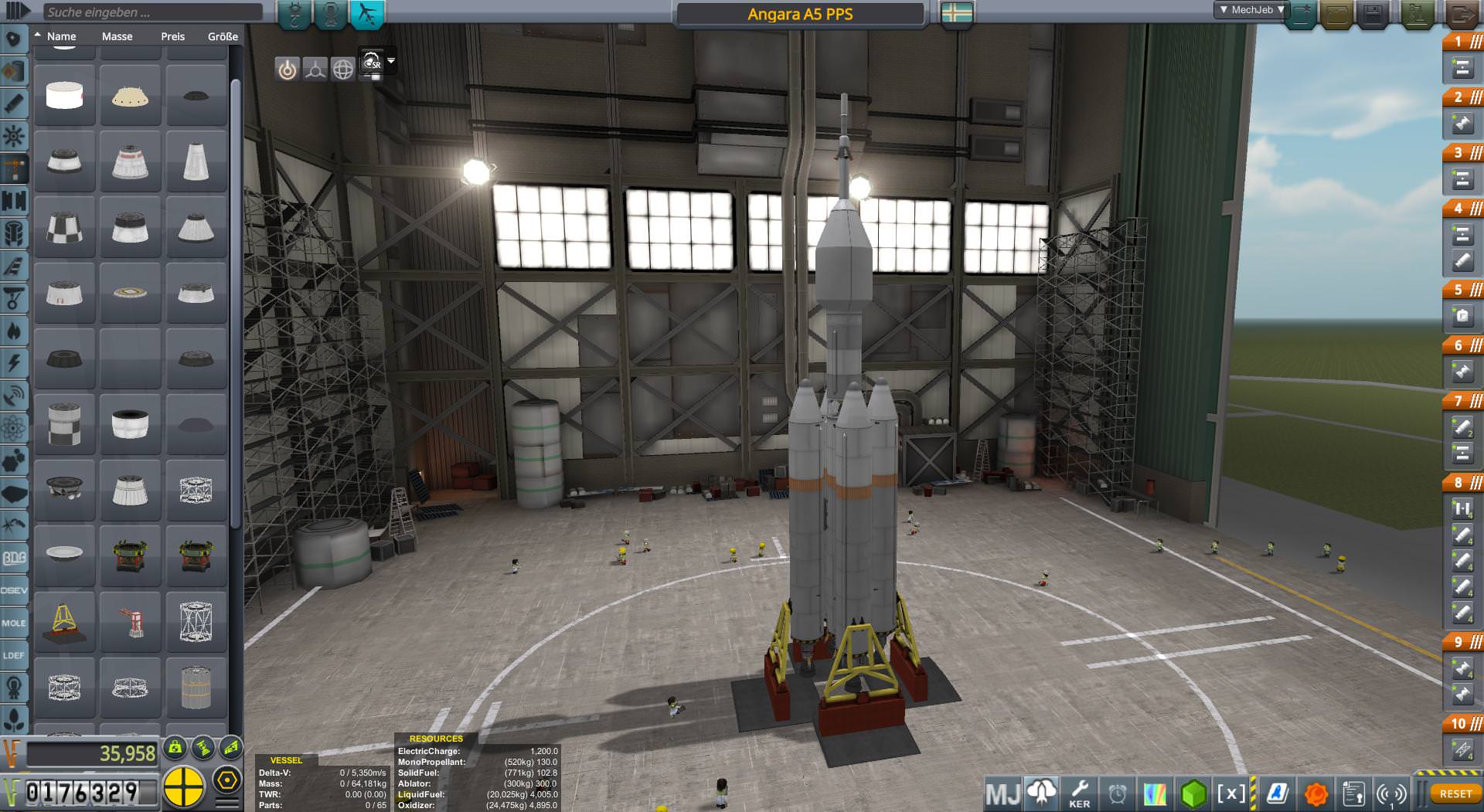 Khrunichev has proposed an Angara A5 capable of launching a new crewed spacecraft weighing up to 18 tonnes: the Angara 5P. This version would have 4 URM-1s as boosters surrounding a sustainer core URM-1 but lack a second stage, relying on the spacecraft to complete orbital insertion from a slightly suborbital trajectory, much like the Buran or Space Shuttle. This has the advantage of allowing all engines to be lit and checked out while on the ground, eliminating the possibility of an engine failing to start after staging. The RD-191 engines may also be operated at reduced thrust to improve safety.

A mod rocket called Angara A5 PPS. Built with 65 of the finest parts, its root part is Alnair.Crew.1.