try not to crash it
Note: this was made in KSP v1.7.3 - It may not function as intended in KSP 1.11.1
This craft has been added to your downloads queue. Use the KX Mod to fetch it when you are next in KSP. Enable deferred downloads to make this the default way to download.
Download craft with the KerbalX Mod
how to install
re-download

Or find other craft;
- made by Mephisto
- that are also pure stock
- that have a similar part count 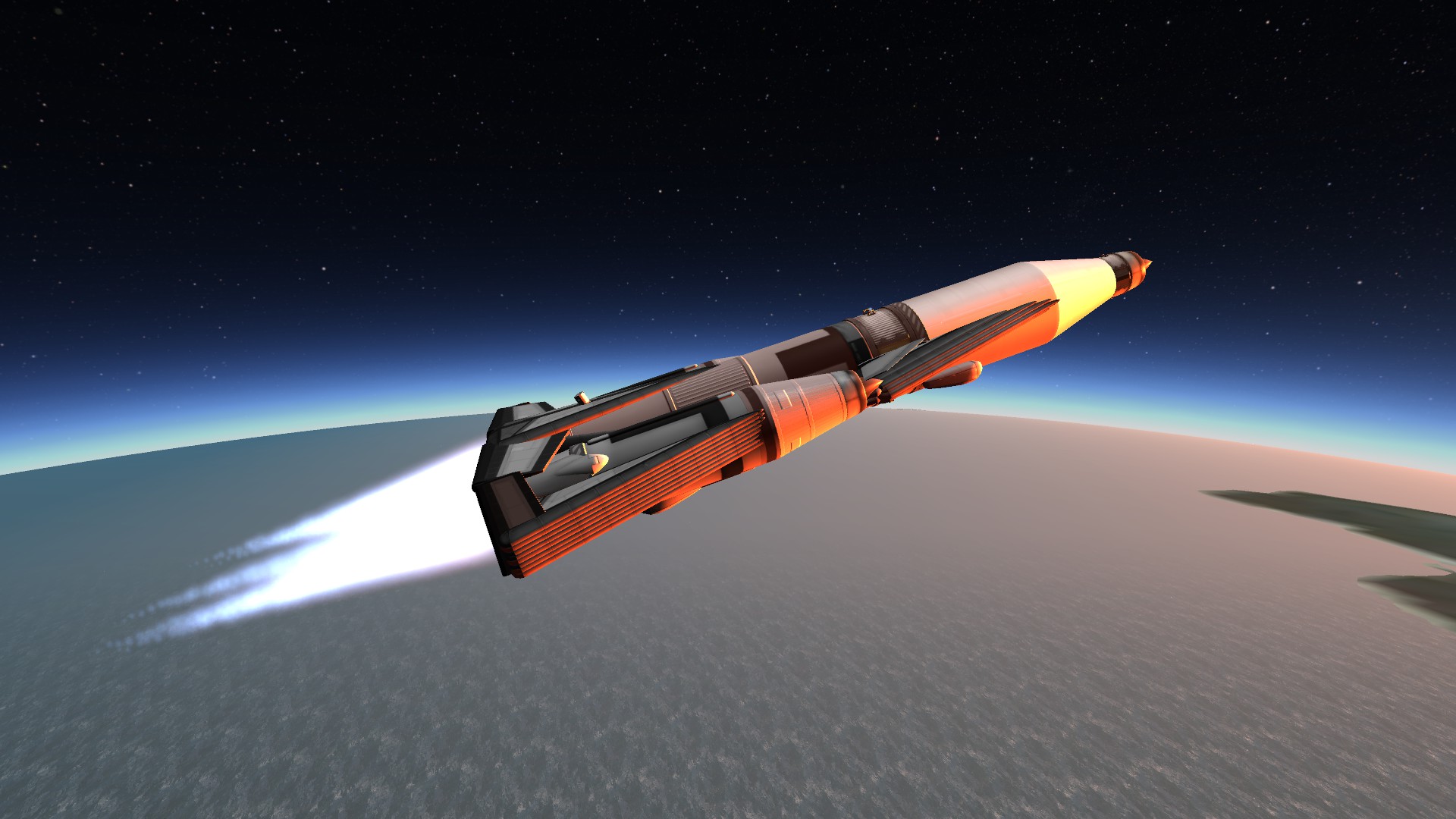 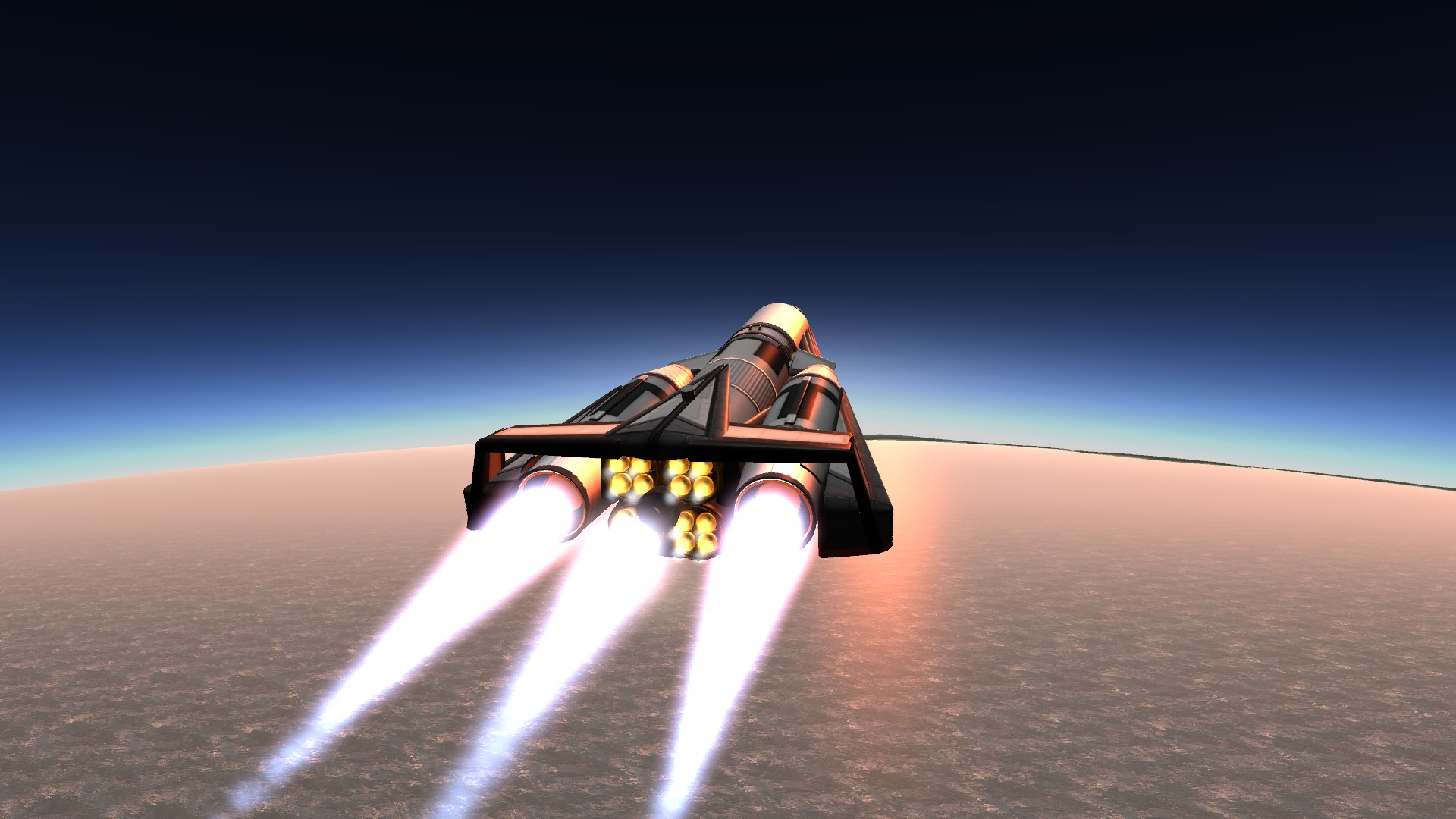 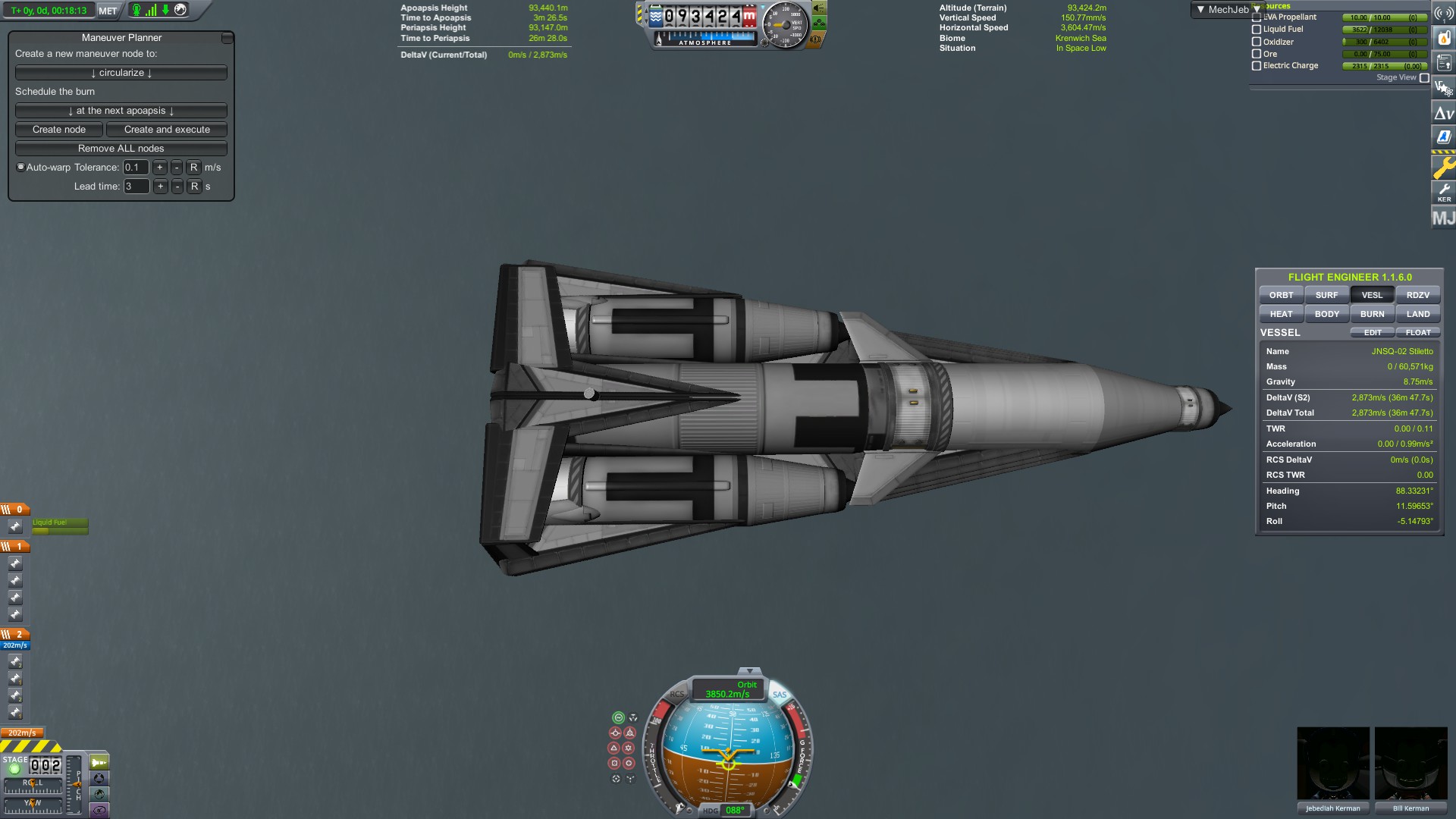 A stock aircraft called JNSQ-02 Stiletto. Built with 101 of the finest parts, its root part is Rockomax64.BW. 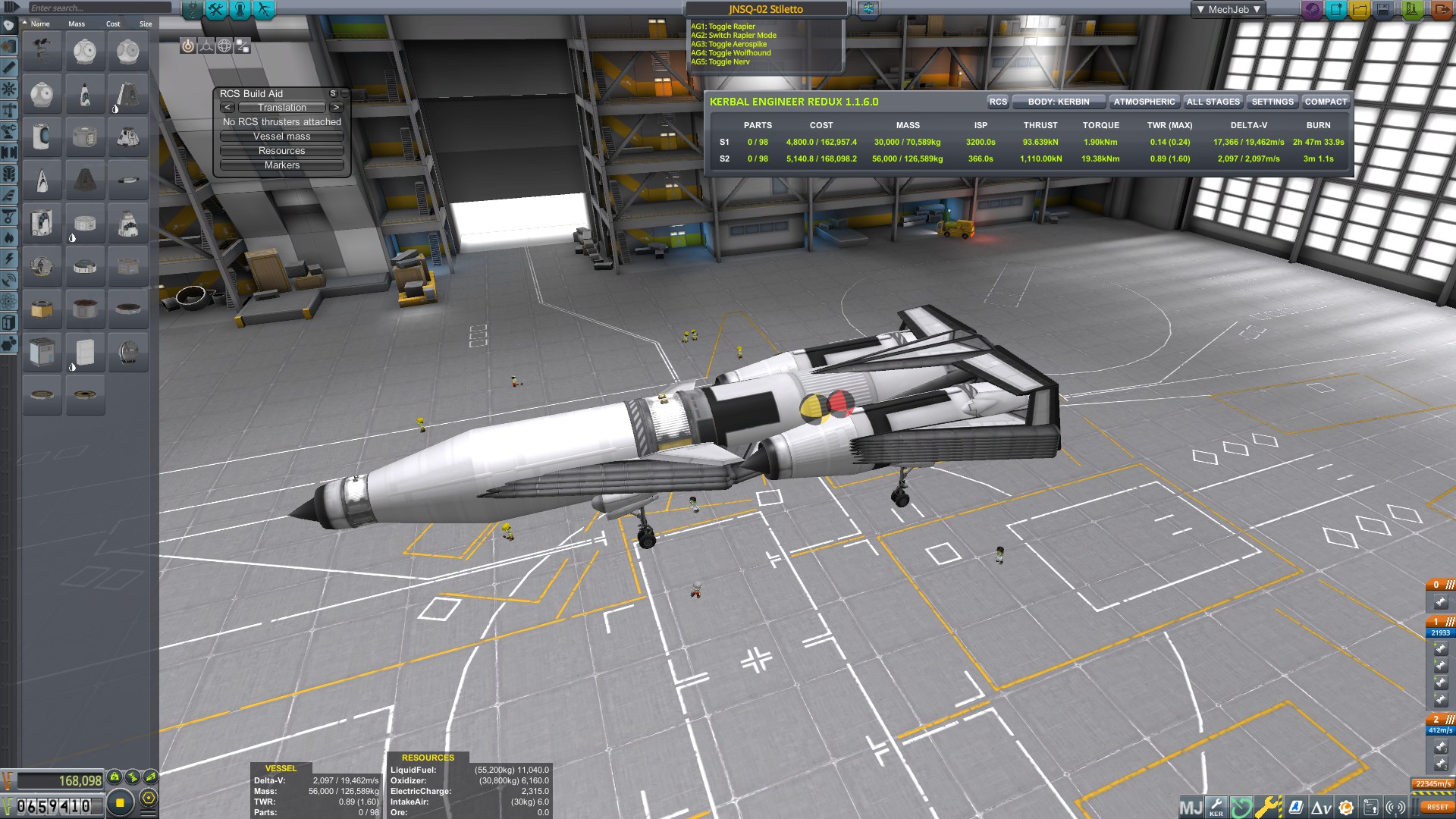 As Kerbin atmosphere goes up to 85km and low orbit velocity is around 3.800 m/s, building an SSTO is a new challenge.

Building a proper SSTA is the next logical step, but still a challenge.

Anyways. This is the current WIP SSTA. Can reach low Kerbin Orbit with in JNSQ with 2.500 m/s dV left.

Needs a little boost from the Aerospikes on the last part of the runway to fly properly.

Add Aerospikes, Wolfhound and Nervs and start to climb and get more speed.

You can deactivate Aerospike and Wolfhounds, when you have sufficient speed and height. If you still gain time to your apoapsis after shutting down an engine type, it was okay.

You can reach low Kerbin orbit with roughly 2.500 m/s left.
In theory, you can make it to Minmus for a proper refueling and landing with the single Nerv.

As my framerate drops quite drastically to 3fps over Minmus, a proper landing has yet to be seen. 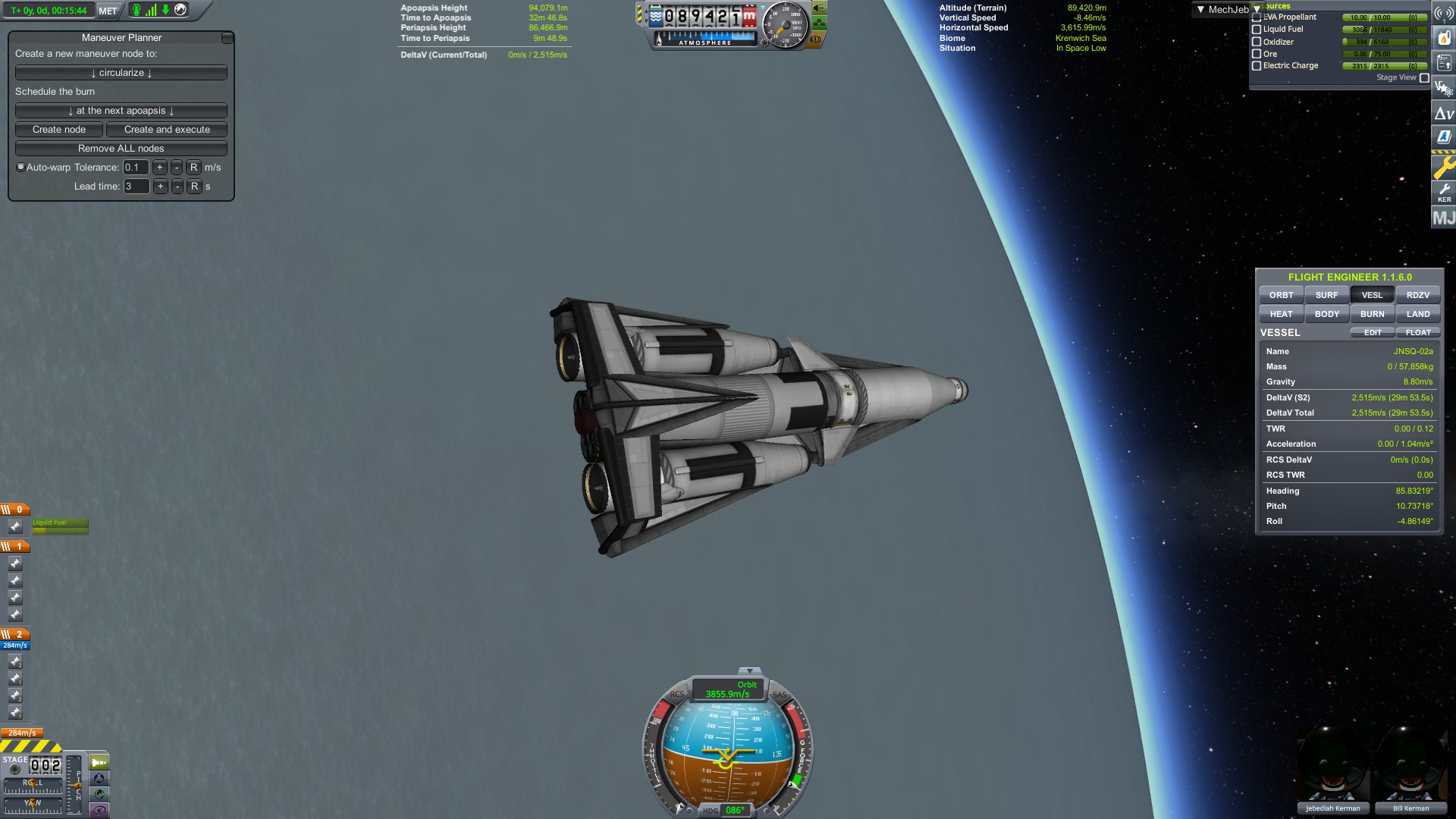 Mephisto Metalworks and Aeronautics
The Future is now.