try not to crash it
Note: this was made in KSP v1.3.0 - It may not function as intended in KSP 1.12.3
download ckan meta-file
This craft has been added to your downloads queue. Use the KX Mod to fetch it when you are next in KSP. Enable deferred downloads to make this the default way to download.
Download craft with the KerbalX Mod
how to install
re-download

Or find other craft;
- made by Maelstrom_Vortex
- that use the same mods | that are compatable | with similar mods
- that have a similar part count 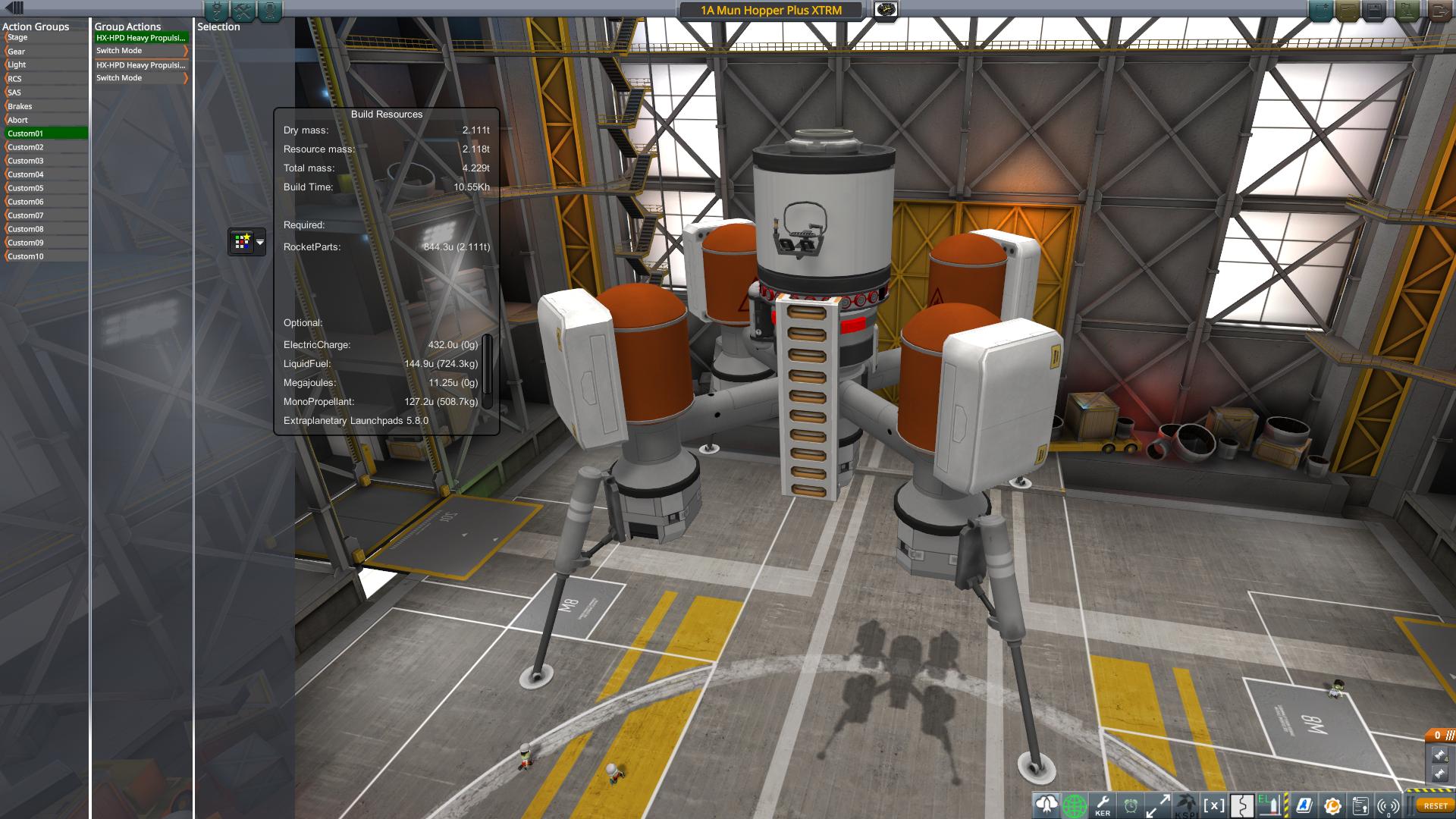 This thing is amazing. It is a tug in orbit, a lander on mun or minmus with a ridiculous amount of range and is able to make trips too an orbital station at 100 KM orbit. It has the option to retrieve Kerbals from Mun Surface, or take them down like a string-less
space-elevator and has all the science that is able to be collected on the surface mid-game through the interstellar tech tree. It has mega-watt capacitors and has the ability to recharge from 4 concentrated voltaic panels. The center engine is intentionally throttle-choked to 10% as a maneuvering engine for orbit and low-g. the 4 external engines may be toggled on and off as needed and all engines have a mode toggle between full burn fuel-dump and plasma. Rocket part count is cheap and is great for use with Extra Planetary Launchpad orbital dock-yards.

A mod rocket called 1A Mun Hopper Plus XTRM. Built with 35 of the finest parts, its root part is SpaceCrane.