Or find other craft;
- made by MadMansGun
- that are also pure stock
- that have a similar part count
Hangars that contain this craft
Avro Canada 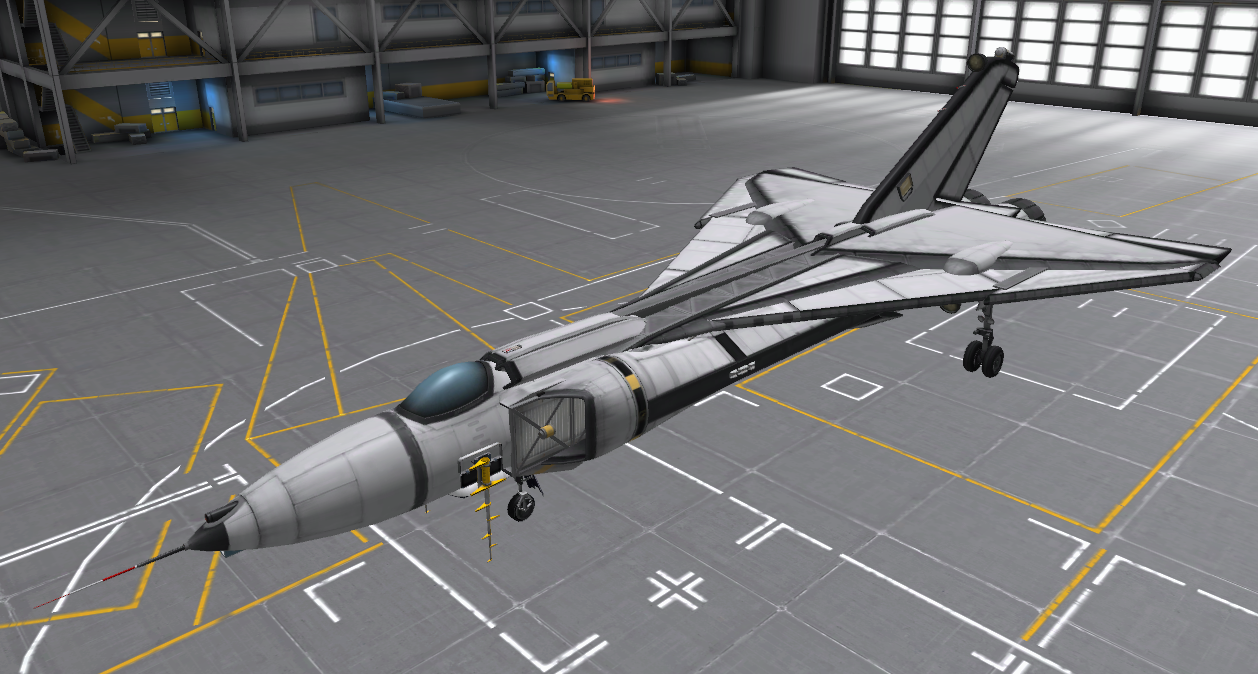 The Arrow was a delta-winged interceptor aircraft designed and built by Avro Canada. The Arrow was considered to have been an advanced technical and aerodynamic achievement for the Canadian aviation industry.

On 20 February 1959, the development of the Arrow (and its Iroquois engines) was abruptly halted, Two months later, the assembly line, tooling, plans and existing airframes and engines were ordered to be destroyed.

Following the cancellation of the Arrow, 32 Avro engineers and technicians become lead engineers and program managers, in NASA’s manned space programs: Projects Mercury, Gemini and Apollo. they became emblematic of what many Canadians viewed as a brain drain to the United States.

You can Use RCS in Docking Mode for Reverse Thrust when Landed.

A stock aircraft called Avro RL-206. Built with 170 of the finest parts, its root part is Mark2Cockpit.