try not to crash it
Note: this was made in KSP v1.4.1 - It may not function as intended in KSP 1.12.5
This craft has been added to your downloads queue. Use the KX Mod to fetch it when you are next in KSP. Enable deferred downloads to make this the default way to download.
Download craft with the KerbalX Mod
how to install
re-download 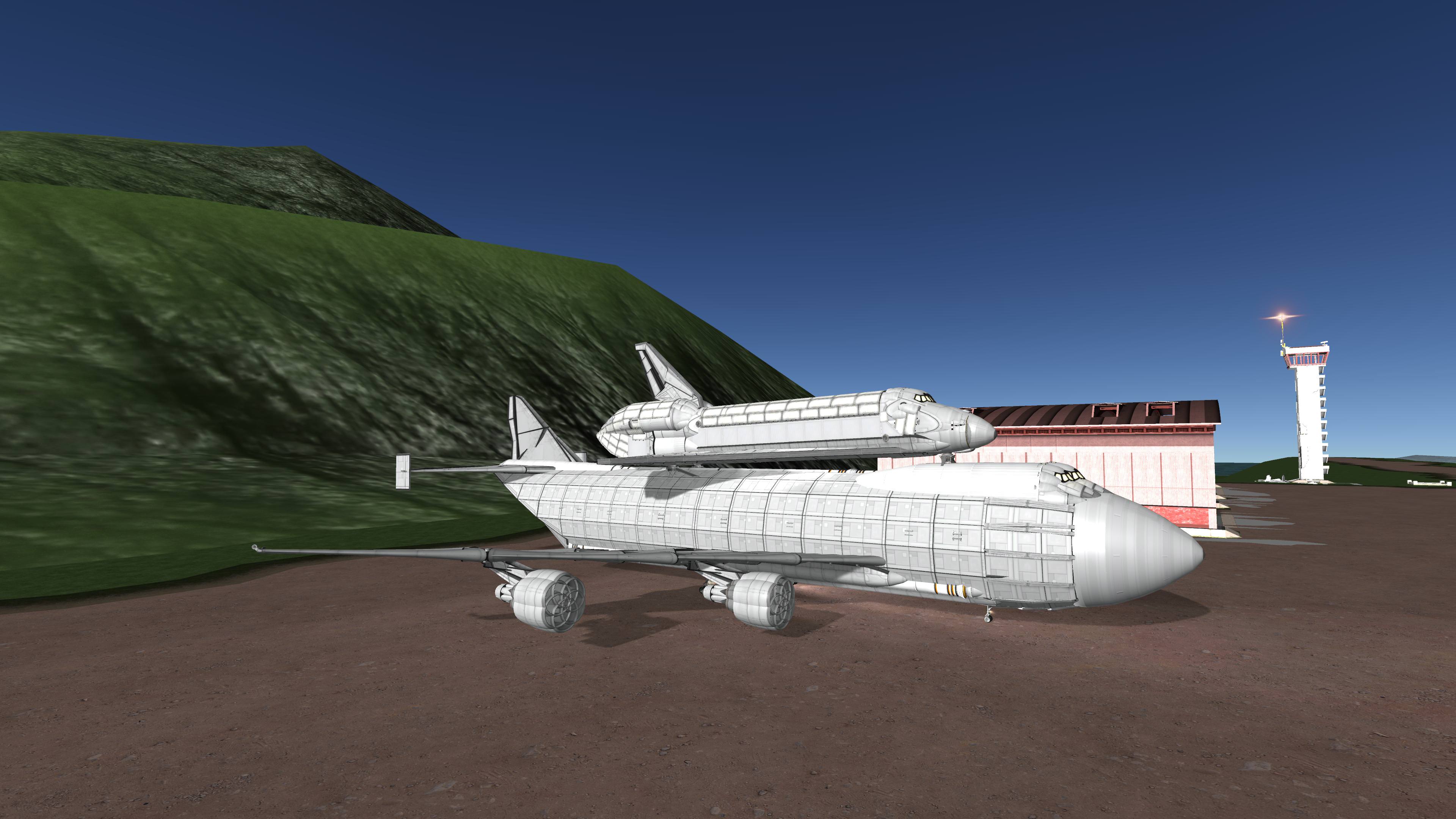 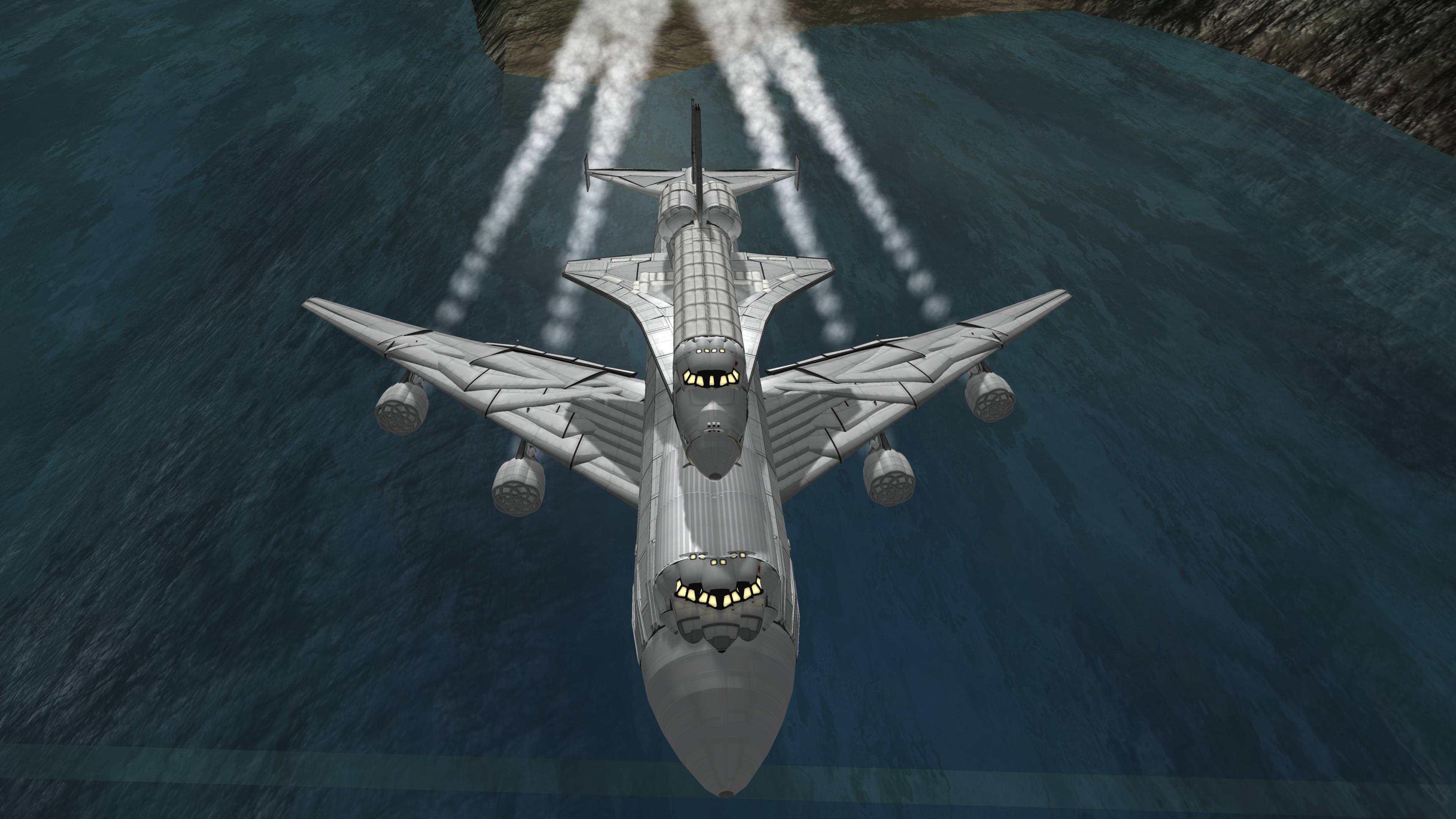 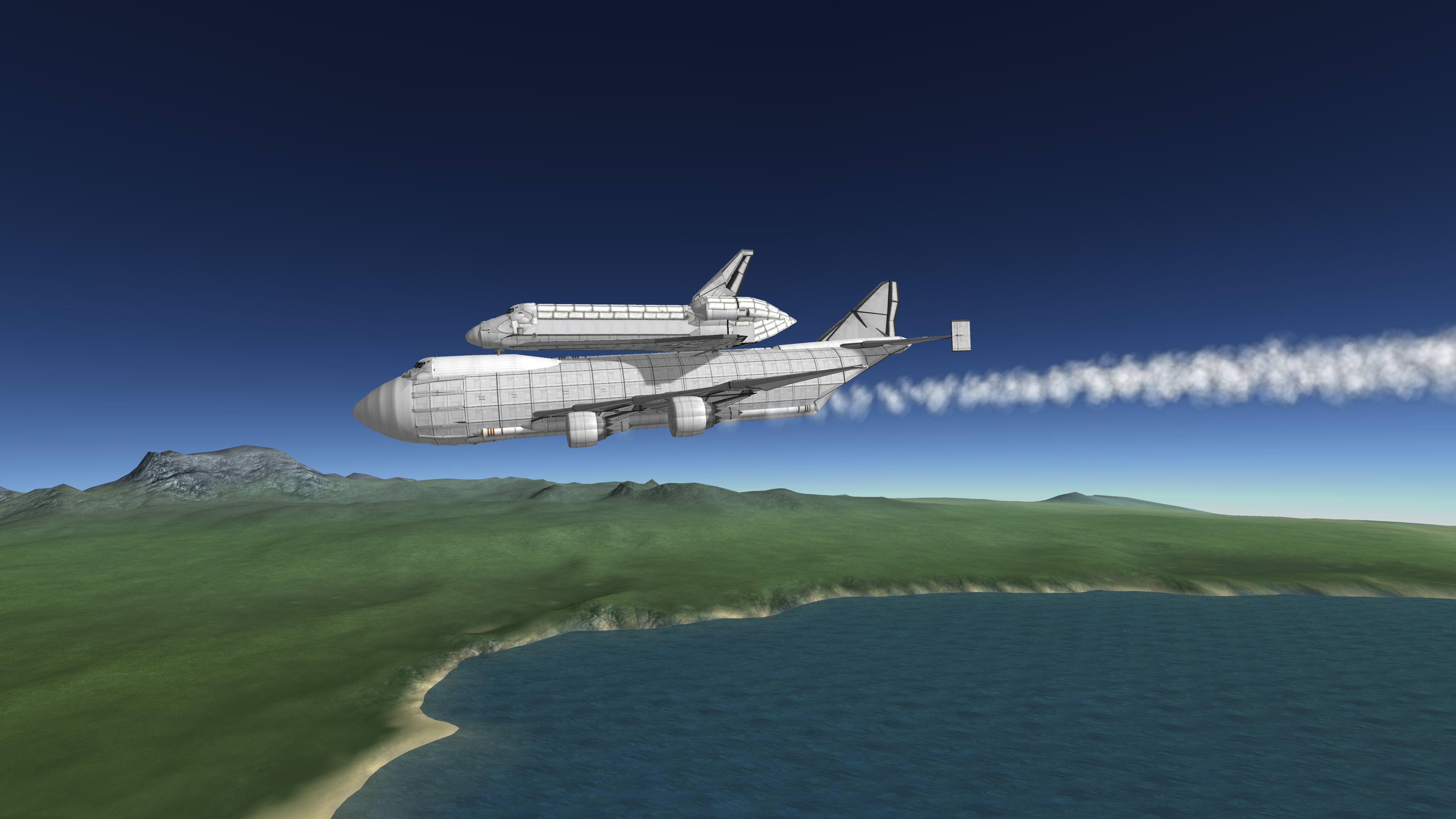 I originally built a plane that resembled an Antonov 225 and then I reallied it was about the size required to transport a shuttle so I turned the plane into my own adaptation of a 747 with an open back. it’s definitely not a 1:1 plane but i tried to make it look right while also remaining useful. If you can fit it in the back you can haul up to 900ish tons inside the plane though I wouldn’t recommend it. I tried 1000t but the plane shattered about 30s after liftoff lol.

I attempted an approach and landing test but you really need two people for that otherwise you crash into the 747’s vertical stabilizer. Due to KSP’s physics, the tail cone causes lots of drag but I decided to add it anyway since thats what the real shuttle had. The tail cone is attached to a docking port between the SSME’s if you want to remove it. I think the tail cone looks cool and it was a pain in the but to get the shape correct so I leave it on. but do what you wish. ¯_(ツ)_/¯

A stock aircraft called 747 Shuttle Transport. Built with 1777 of the finest parts, its root part is MassiveBooster. 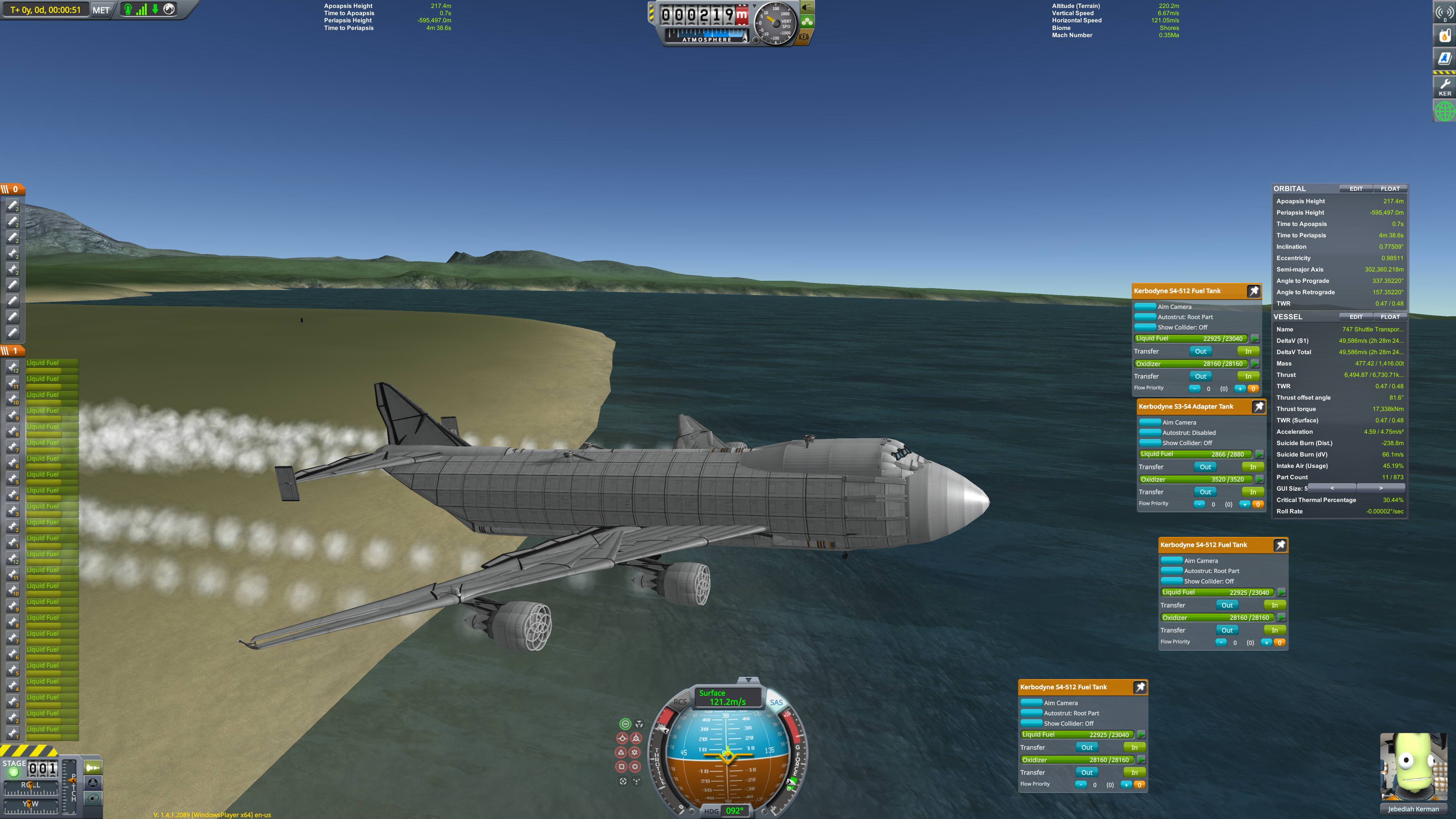