try not to crash it
Note: this was made in KSP v1.3.1 - It may not function as intended in KSP 1.12.3
This craft has been added to your downloads queue. Use the KX Mod to fetch it when you are next in KSP. Enable deferred downloads to make this the default way to download.
Download craft with the KerbalX Mod
how to install
re-download 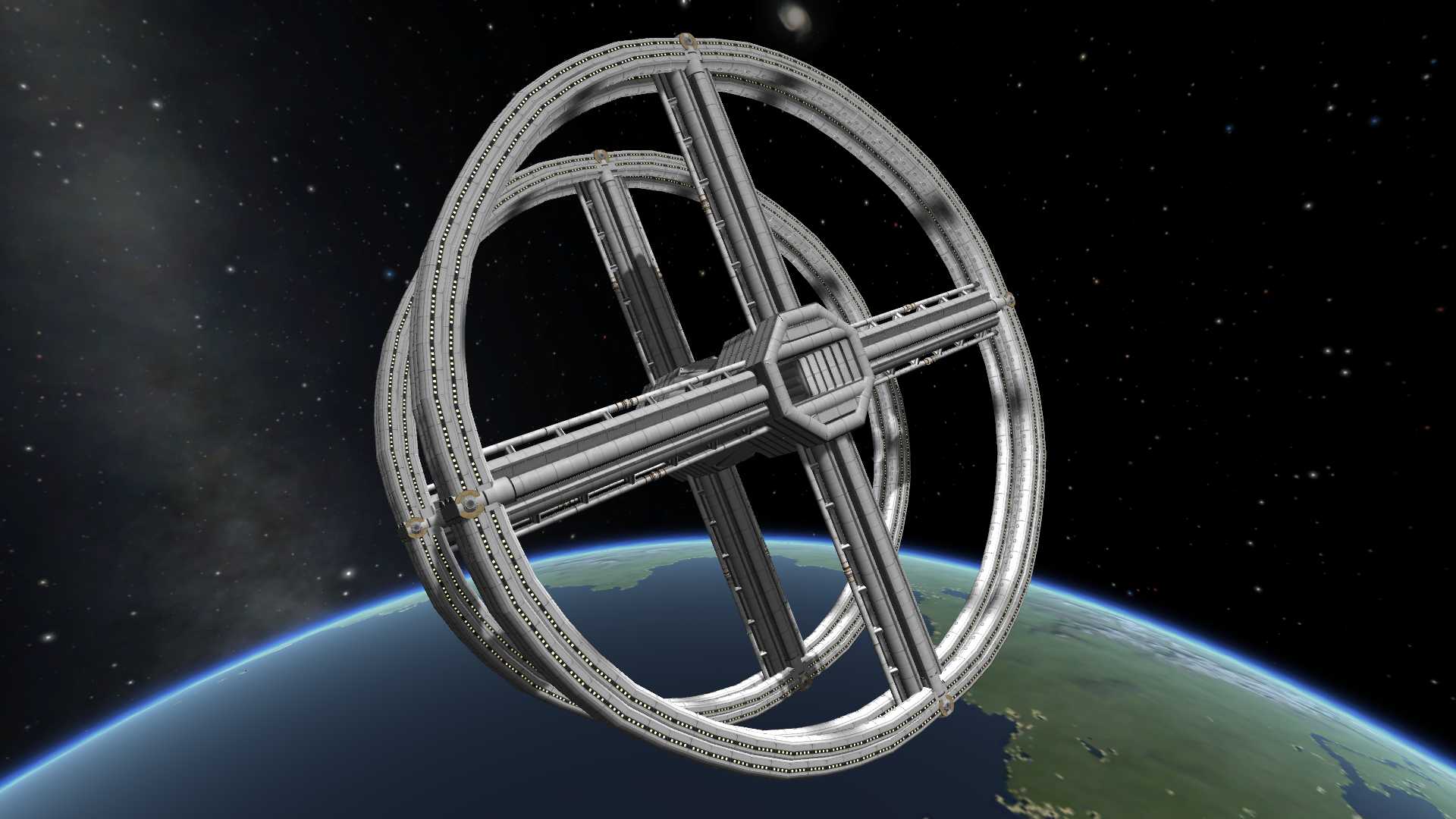 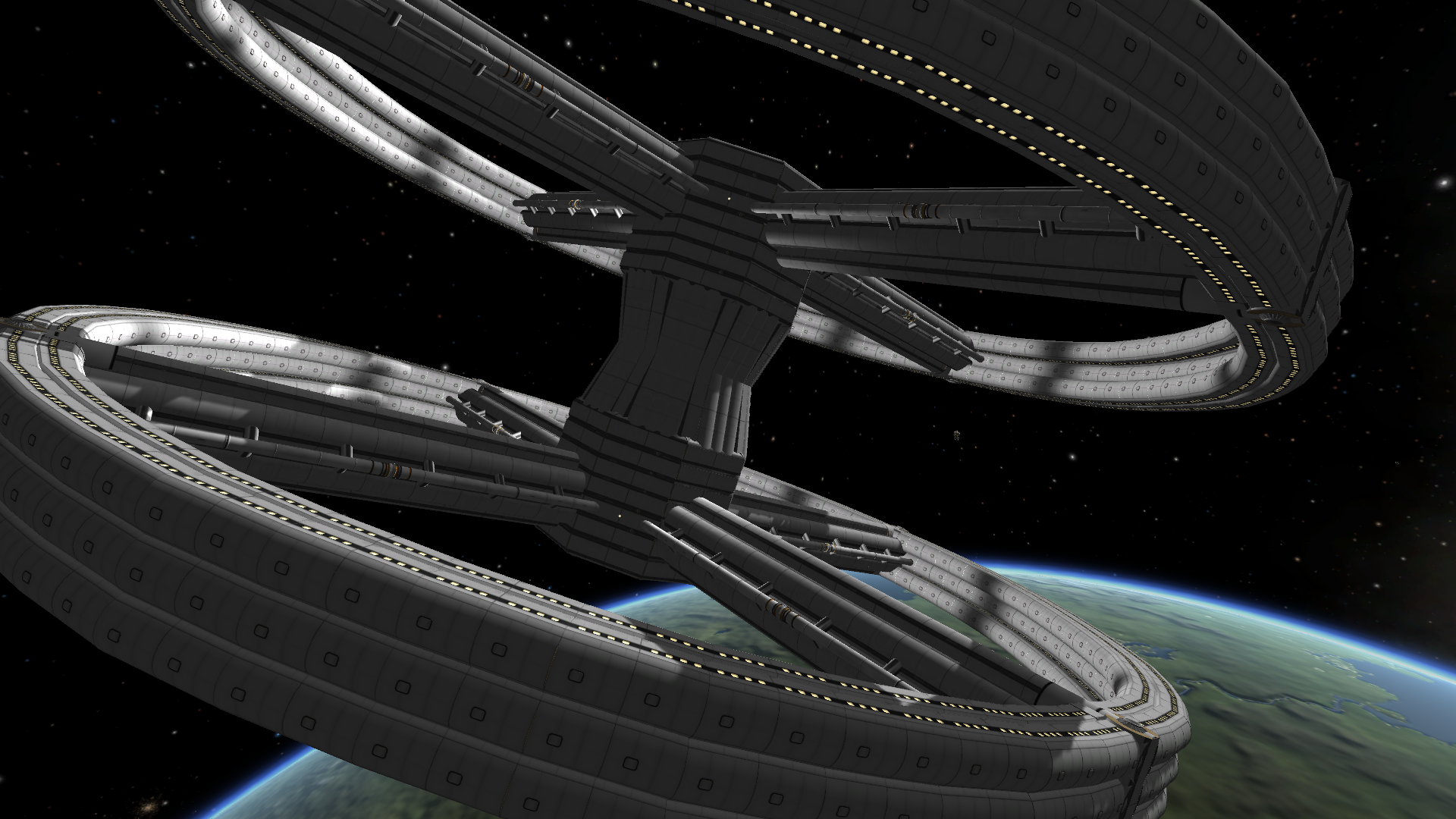 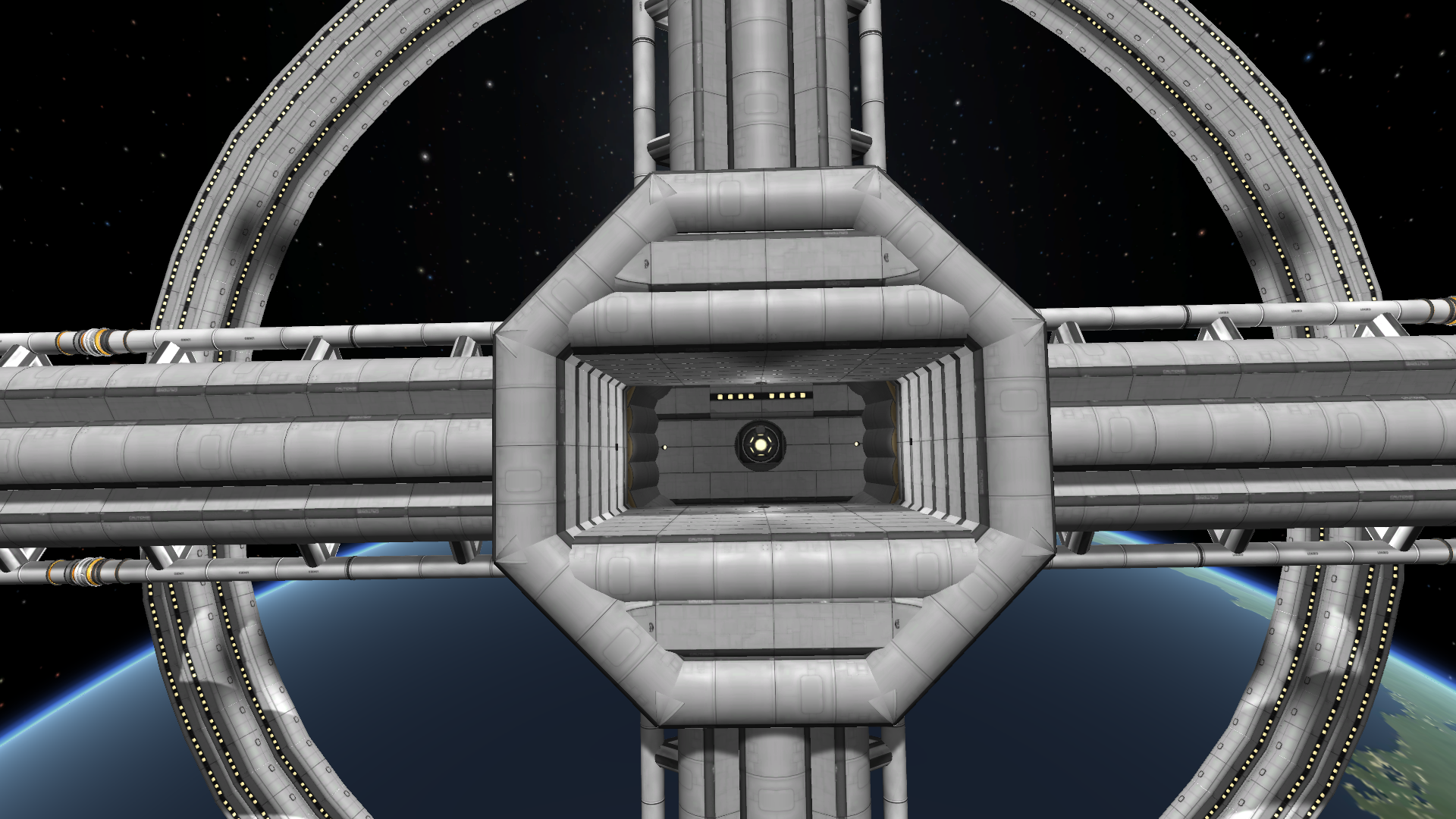 Best thing to do is to launch it with unbreakable joints on and No crash damage turned on. once you’ve hit the launch button and waited the ungodly amount of time for KSP to respond, hit escape and put it in orbit before physics load in or you’ll probably end up with an explosion. haven’t test this just know it from experience :P. once in orbit you may turn the cheats back off.

Technically the itself probe core has SAS but you’ll just have to deal with being basically uncontrollable. I’m not going to add a 1000 reaction wheels just so you can spin the 42,000t beast. as It already takes 8-10 minutes to load…..
But, if you are hell bent on rotating it I would try rockets

A stock aircraft called 2001 A Space Odyssey - Space Station V. Built with 2046 of the finest parts, its root part is Size3MediumTank. 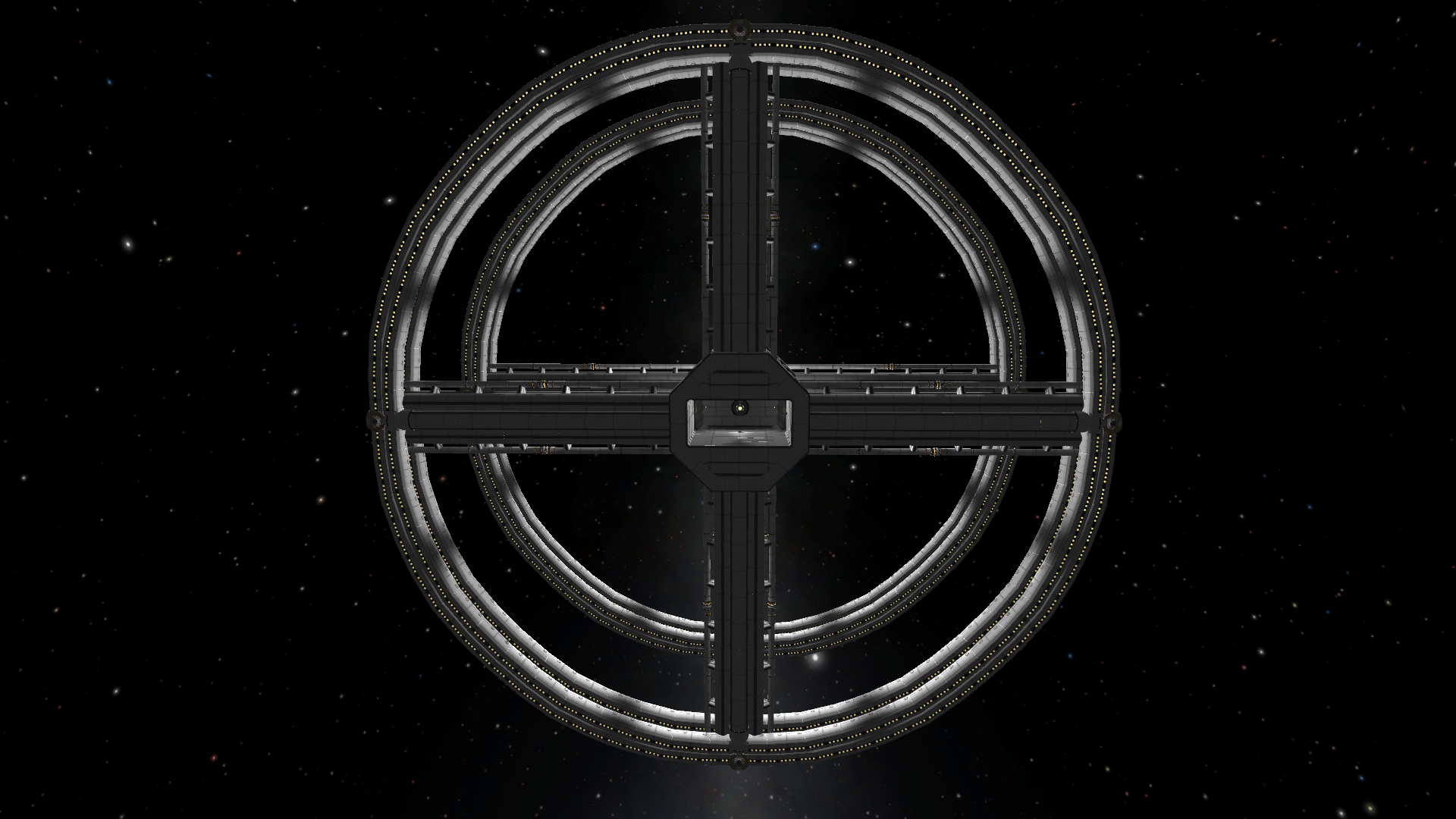 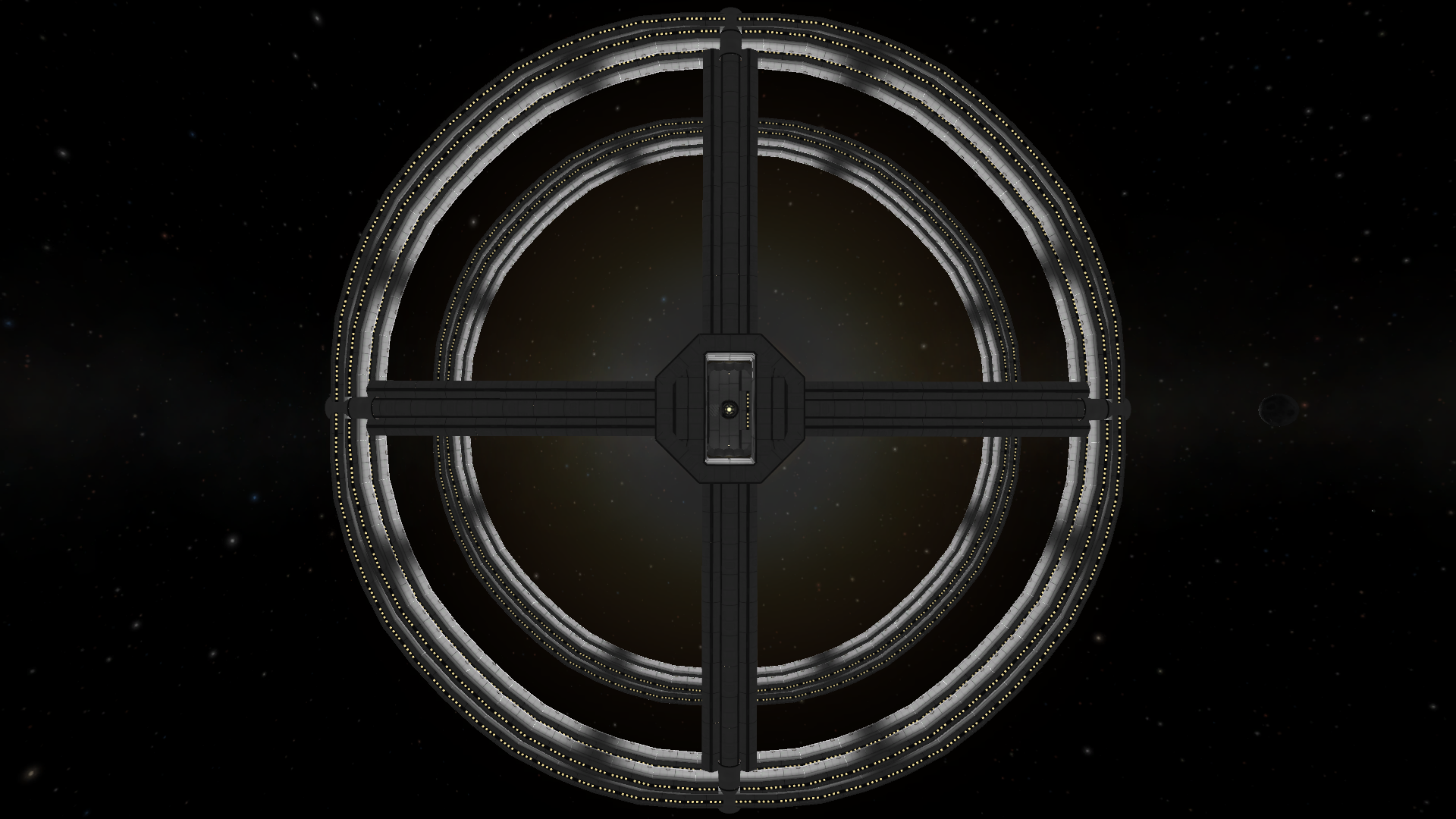 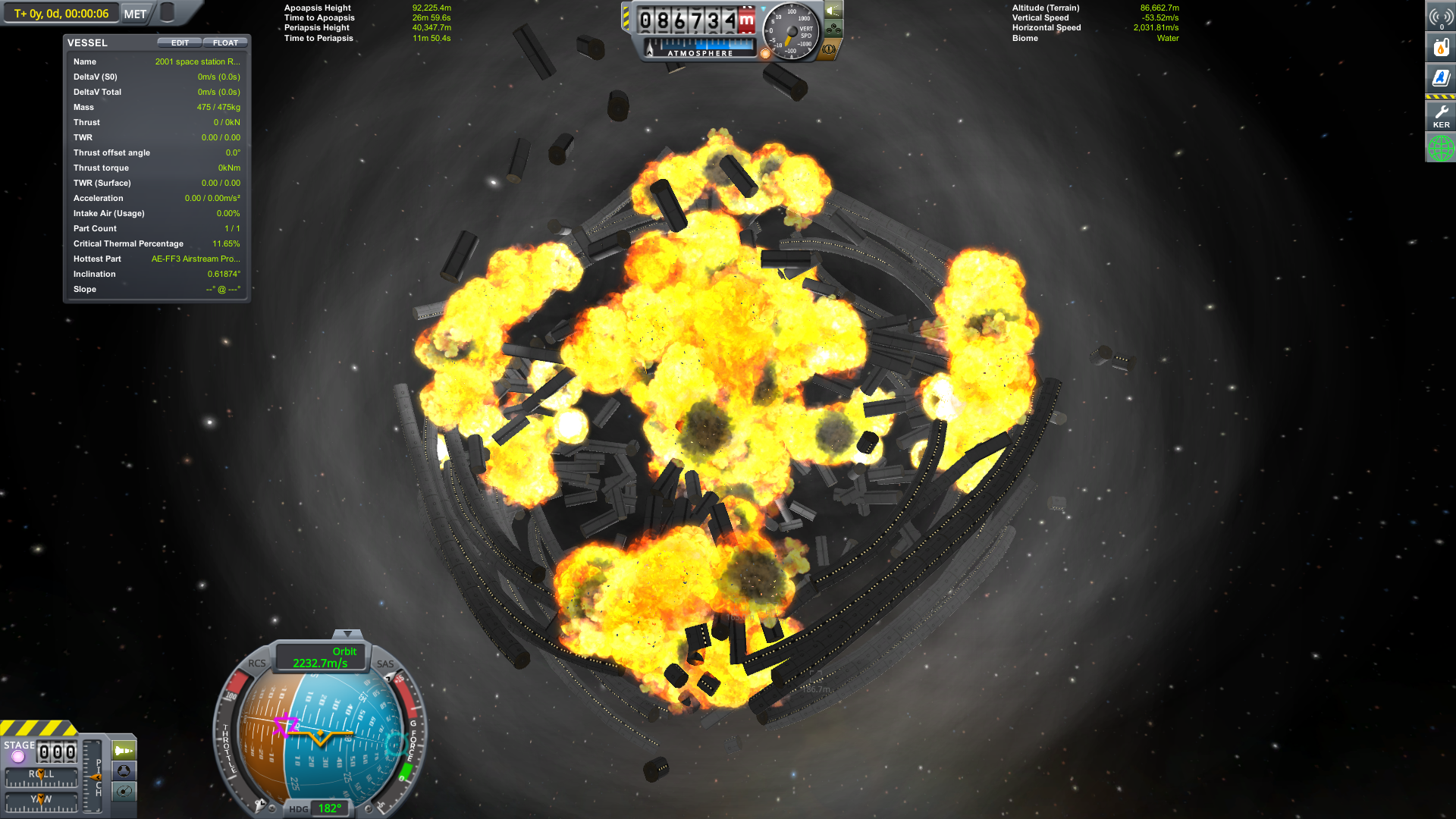