Or find other craft;
- made by LeRossignol
- that are also pure stock
- that have a similar part count
Hangars that contain this craft
Download Queue | Full Scale Stock Craft | Random stock craft and more | Planes and other FO's | MILITARY (jets, drones, tanks, AA, drones, etc etc) 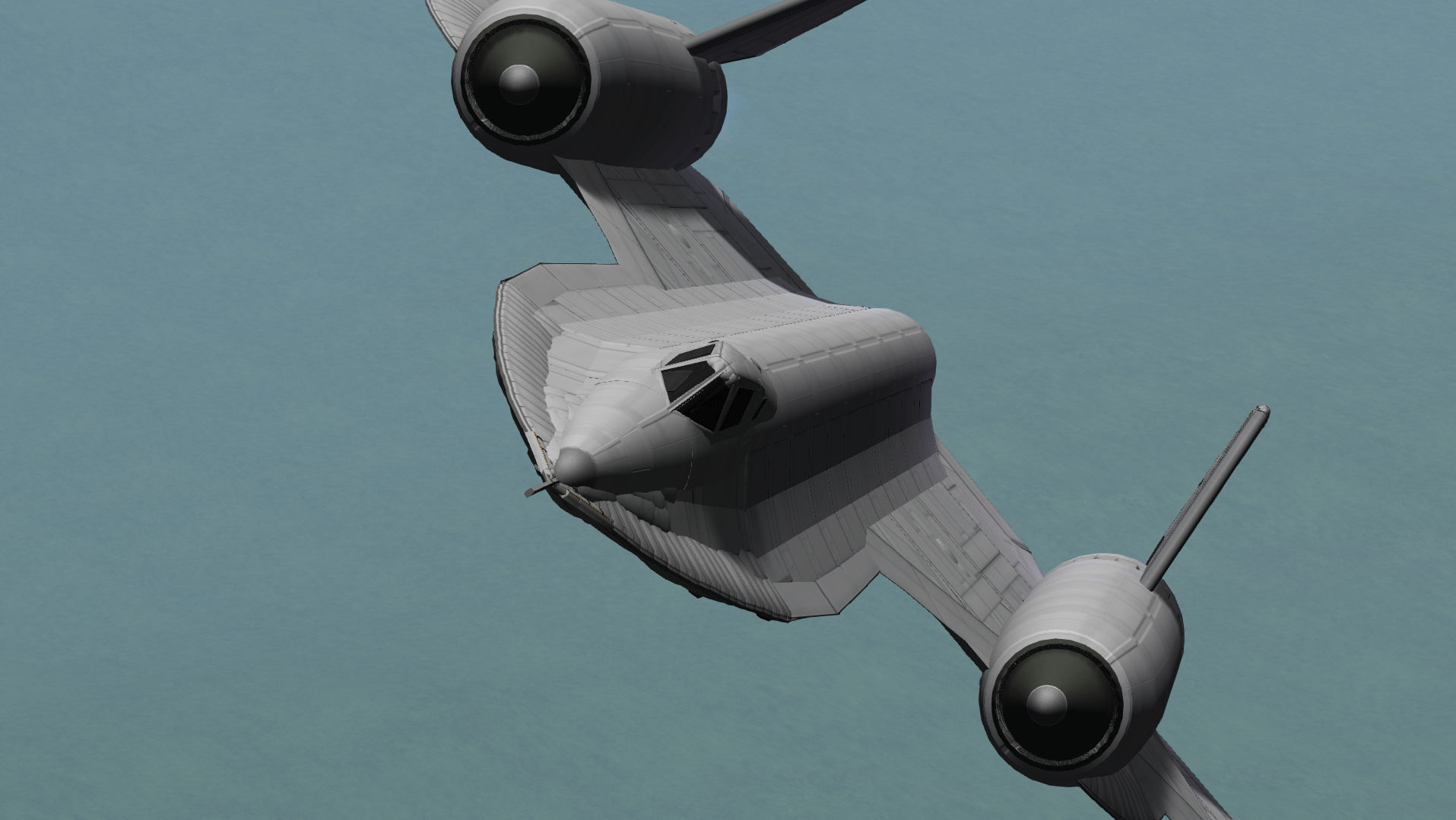 A-12 - the original Blackbird

The A-12 Oxcart was developed to replace the U-2 spy plane. The CIA needed a much faster plane. This was apparent after the U-2 incident in 1960, where it was shot down by a missile. A few years later, in 1962 the ground breaking A-12, a Mach 3+ high altitude titanium sheath plane was first flown. Two variants were made, the Yf-12 interceptor and the M-21, a 2 seat version for carrying the D-21 drone. In 1964, the iconic SR-71 Blackbird, a slightly longer variant able to carry a heavier load was first flown. Eventually, in 1968 the A-12 was retired because the SR-71’s longer range and bigger load was considered more important than the A-12’s higher speed and altitude. 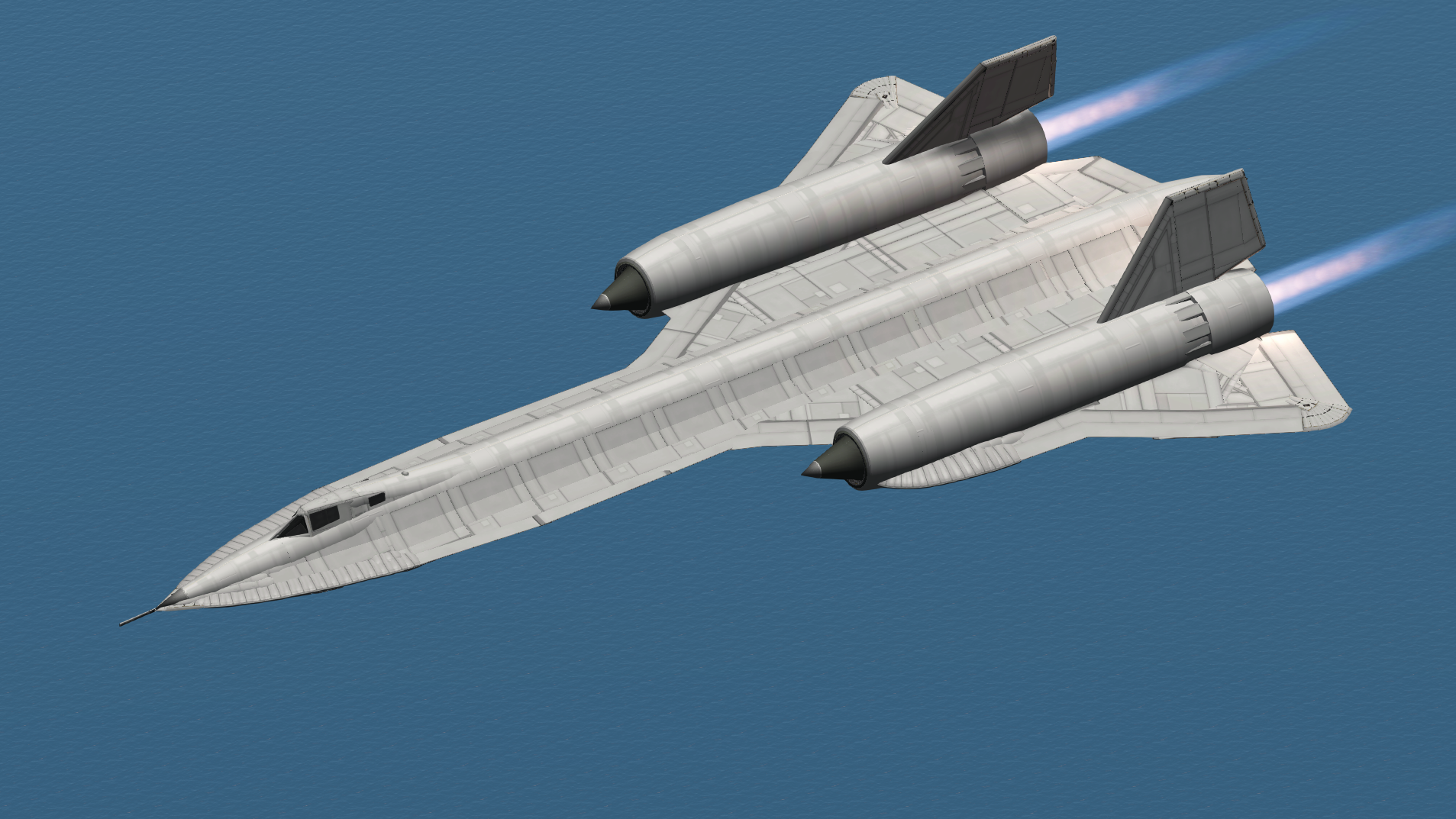 Despite how I named this, the craft actually resembles the M-21 more than the A-12, for one small reason. The A-12 is a one seater and therefore does not have the back window, the M-12 does. If this triggers you, you can easily remove it – it’s one part. But there’s actually a reason I did this, I made this to mount a D-21 to (which I will upload once I fix a few bugs). Also, it can be easily interchanged with the Sr-71, the only difference being an extra 2m in length for the Blackbird. Which is almost unnoticeable. 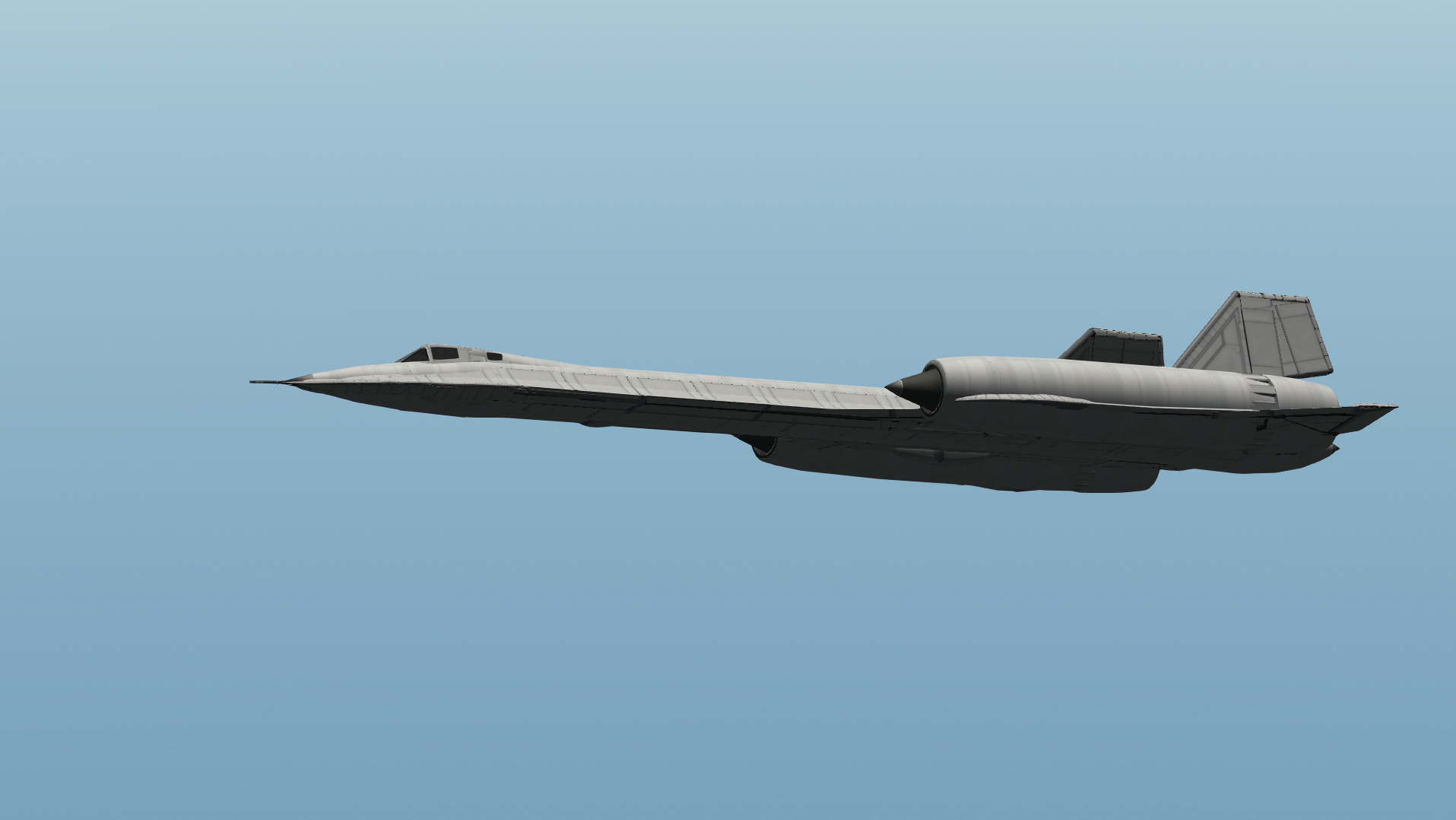 How this craft came to be

This started as a quite spontaneous build, but I eventually decided this would be a great opportunity to test the skills I acquired in the past six months; The low part replicas taught me how to be efficient with my part usage, the A-10 to full scale replicating, the CF-100 to fairing work and finally the Su-57 to more complex shaping. I must say I’m quite proud of what I created. But I shouldn’t just talk about myself. This craft was greatly inspired by Servo’s legendary Sr-71 (you can surely spot resemblances). In fact, Servo’s (and plenty others) builds are a big reason why I progressed as I did in replica building – I get to steal a bunch of their techniques! Without builders like them I certainly could not have made this. 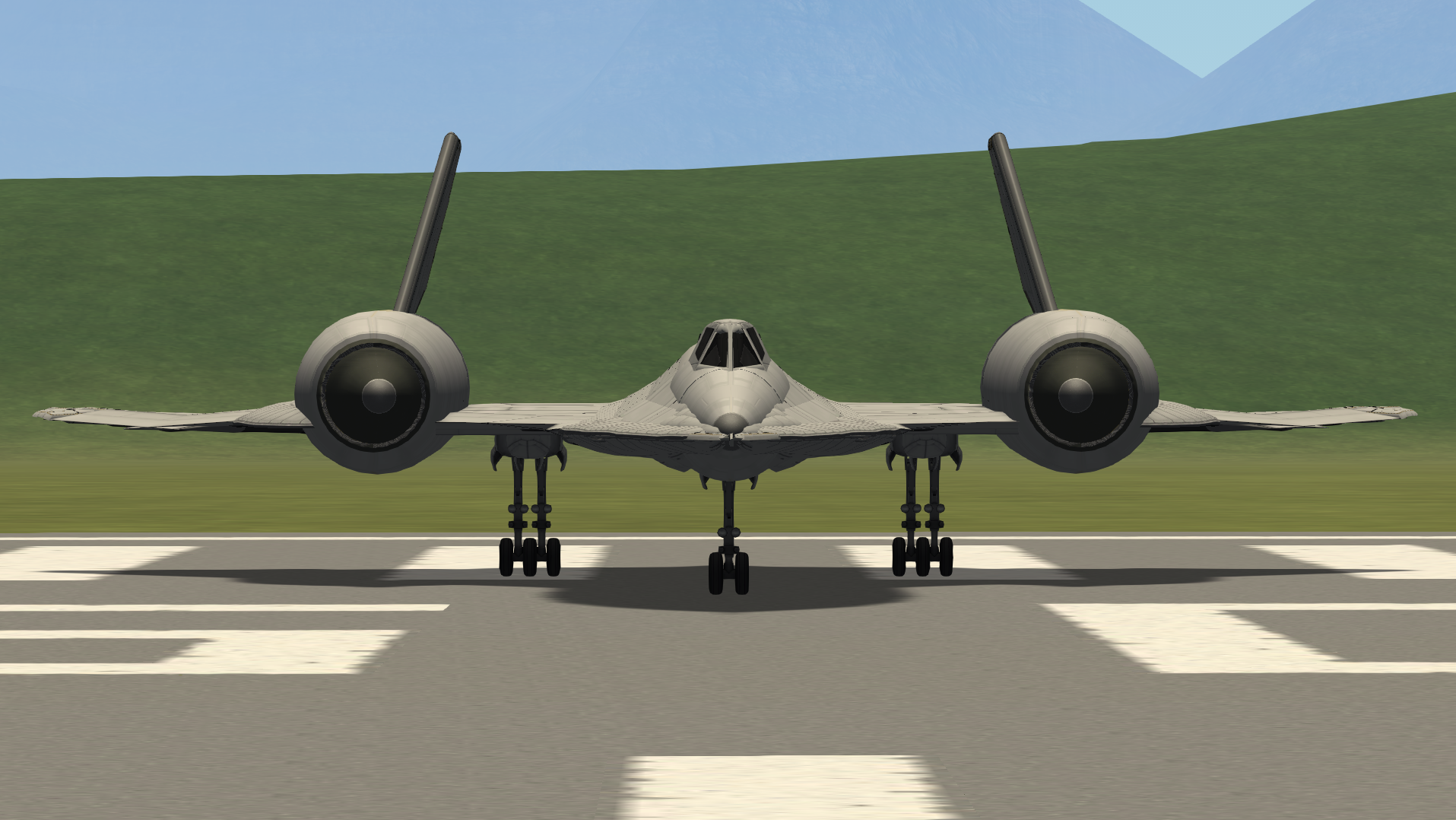 Anyway, the plane flies quite well and fast, ~300 m/s at sea level and more at higher altitudes. Just make sure to not turn it like you would a fighter jet, sharp turns can stall this. Also, I apologize for the big part count, I tried minimizing the lag by reducing the amount of engines (6) but lag is still inevitable! 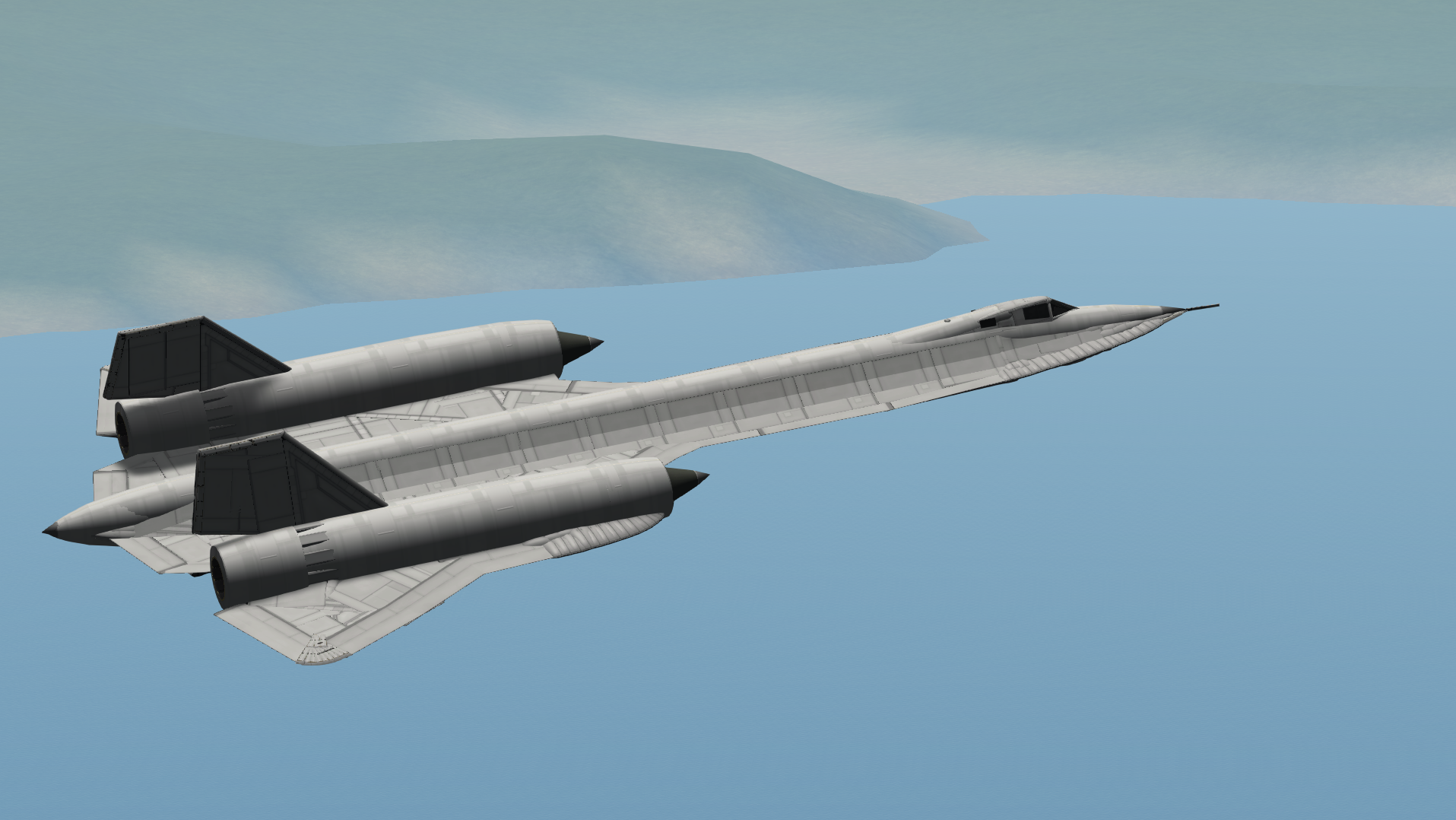 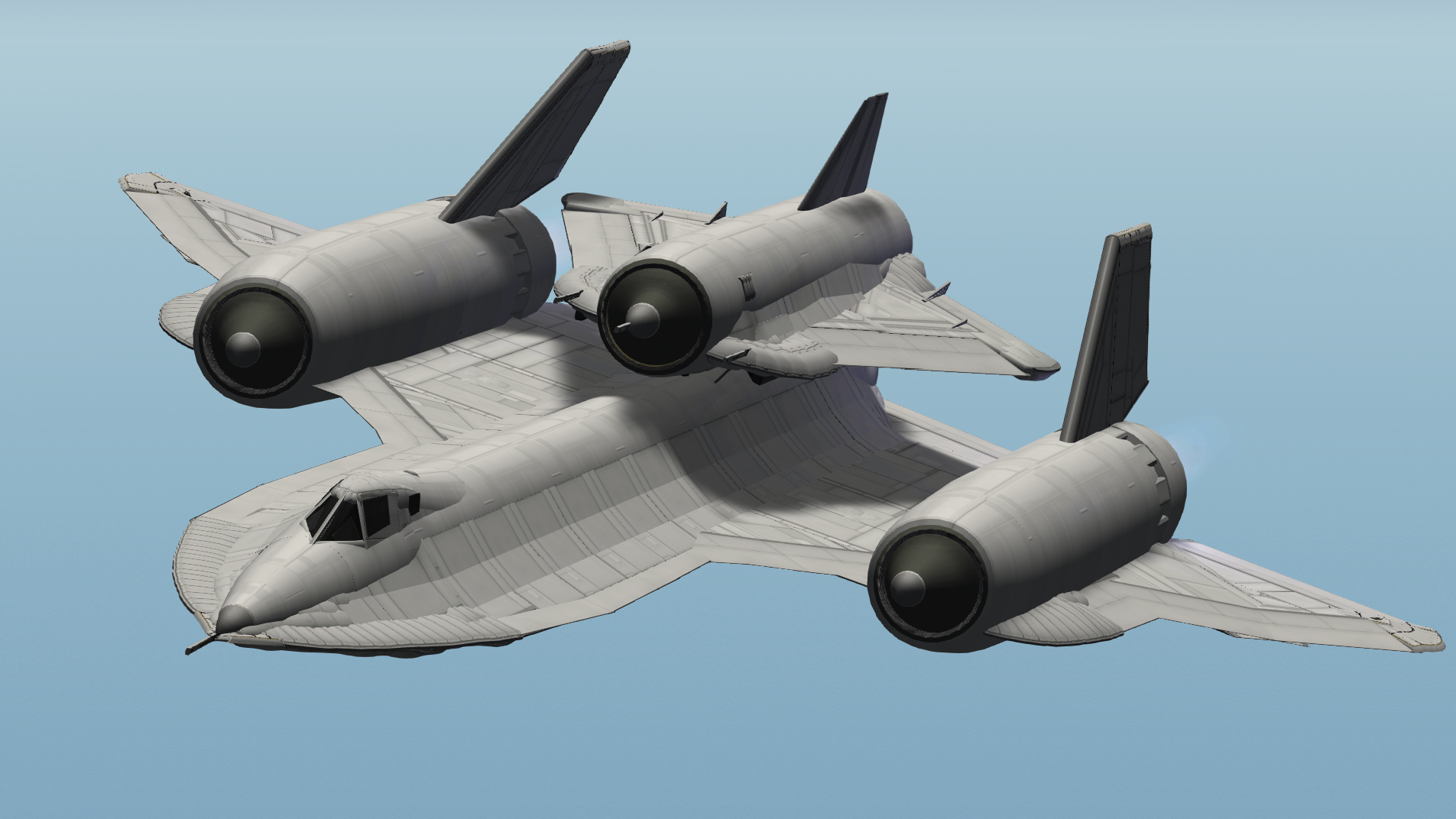