try not to crash it
Note: this was made in KSP v1.6.0 - It may not function as intended in KSP 1.12.5
This craft has been added to your downloads queue. Use the KX Mod to fetch it when you are next in KSP. Enable deferred downloads to make this the default way to download.
Download craft with the KerbalX Mod
how to install
re-download

Or find other craft;
- made by Kurumi
- that are also pure stock
- that have a similar part count 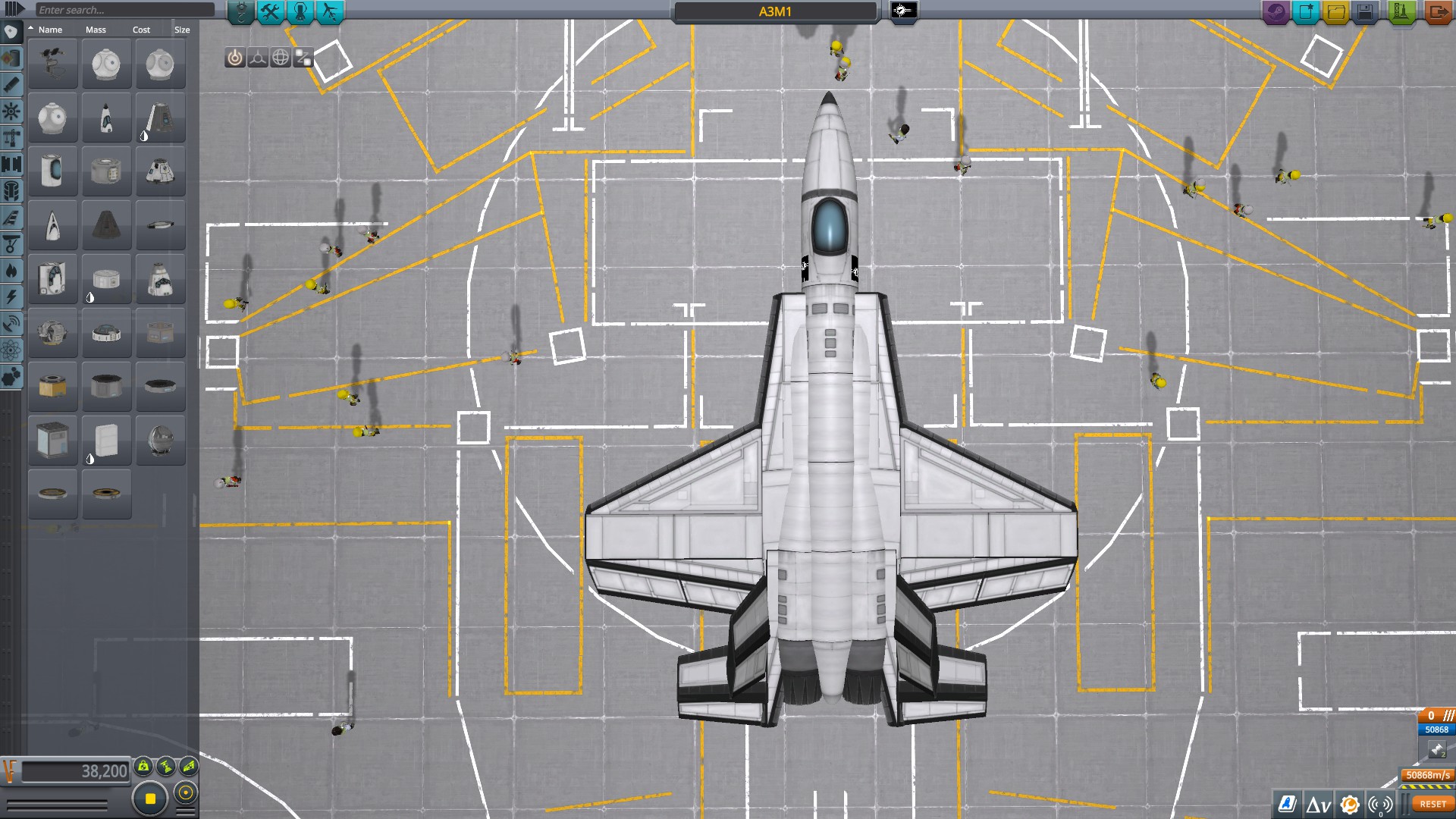 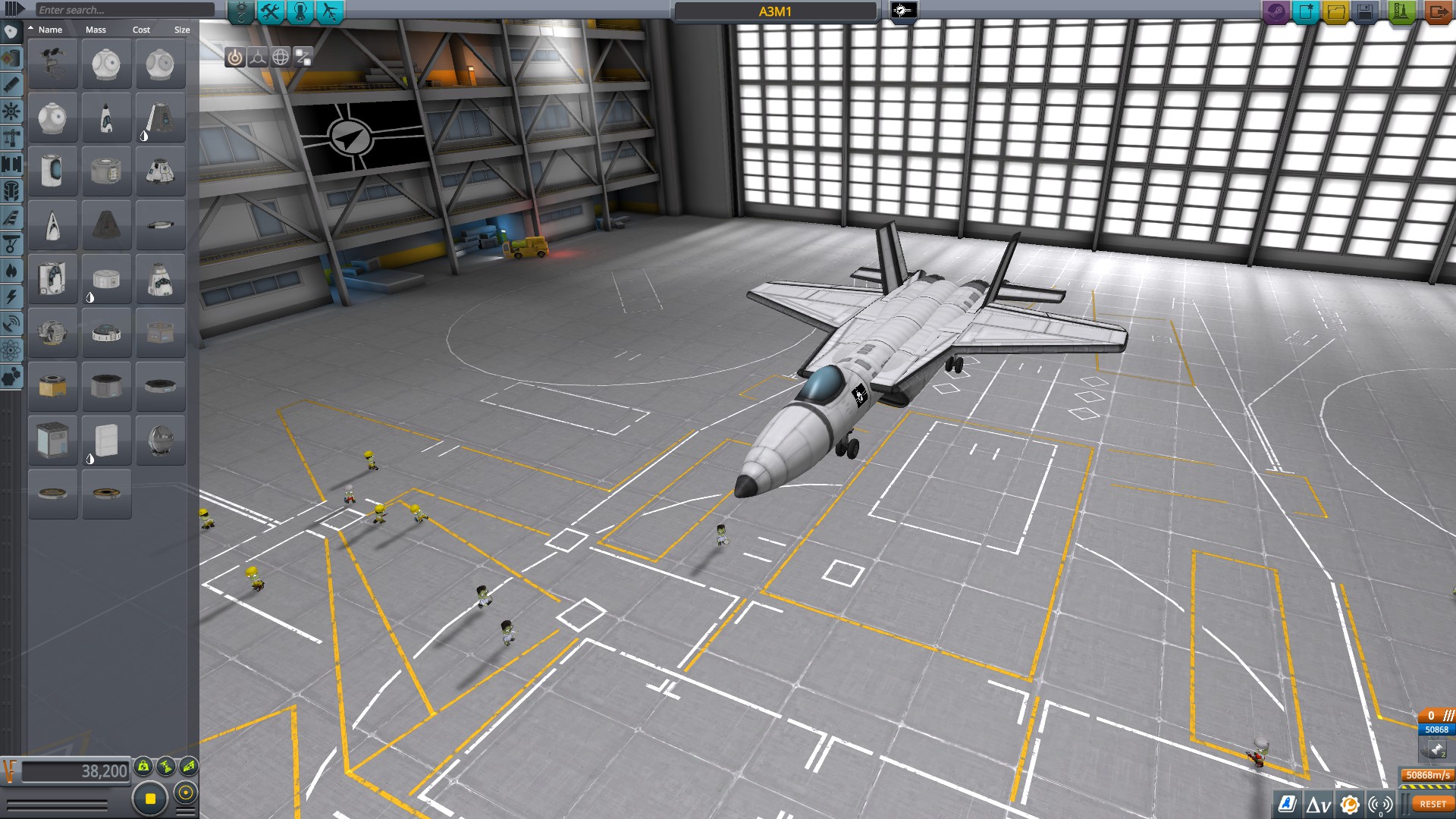 The A3M1 is a highly maneuverable aircraft, designed in a fighter jet role. The design philosophy is similar to that of the Su-27, while it also incorporates details from the Su-57. As such, the vertical and horizontal tail wings all swivel entirely on their axes. As such, it is able to perform very tight maneuvers. My testing showed it was able to perform the Cobra Maneuver, the Kulbit Maneuver, and various others. The downside to this craft is the relatively slow top speed of just over Mach 1 at 1 km, due to the weak dry thrust of the Panther engines. It will also tend to bleed speed off rapidly during tight maneuvers. However, the large wing area does allow it to perform relatively well at low speeds (<50 m/s). 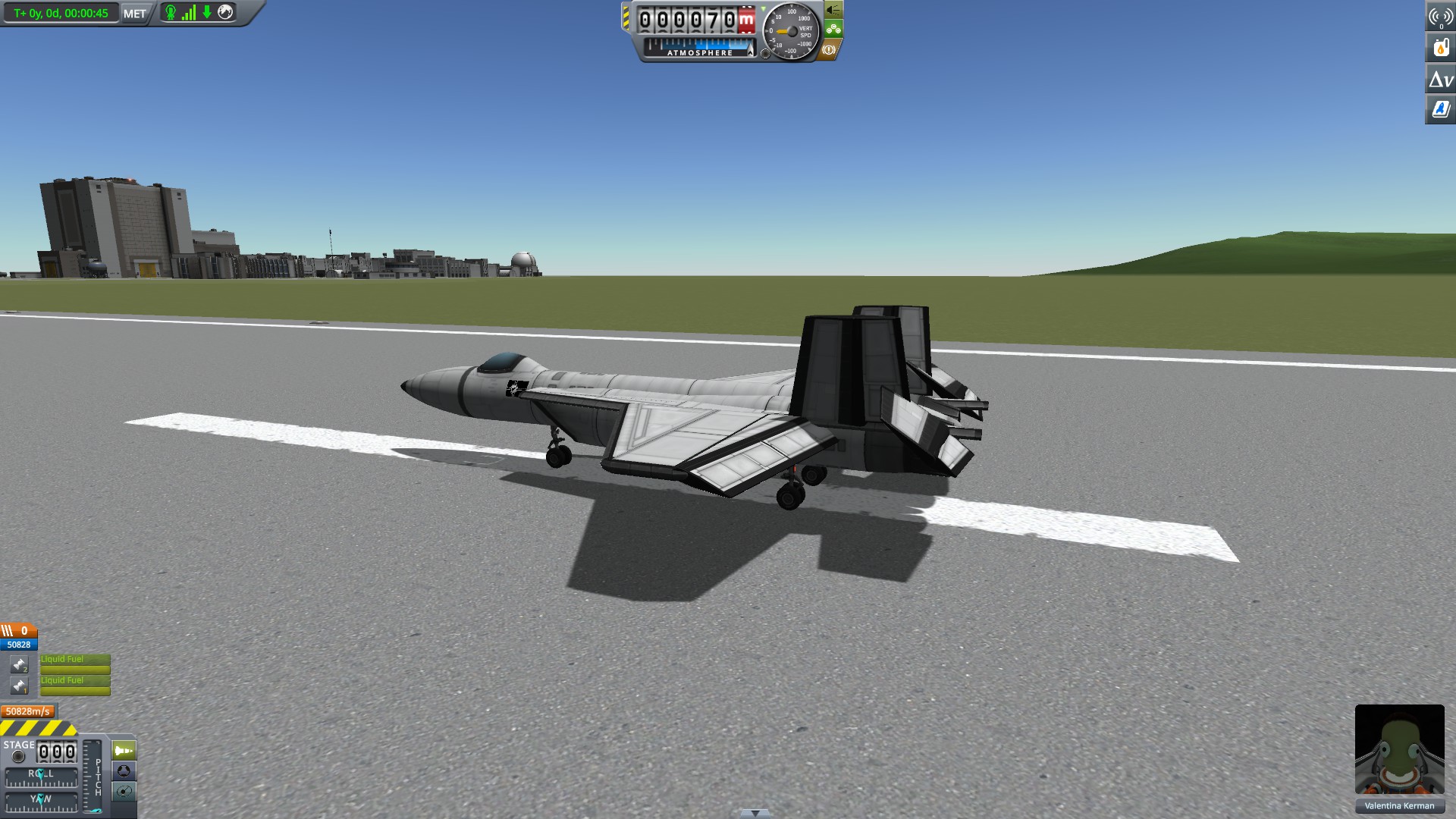 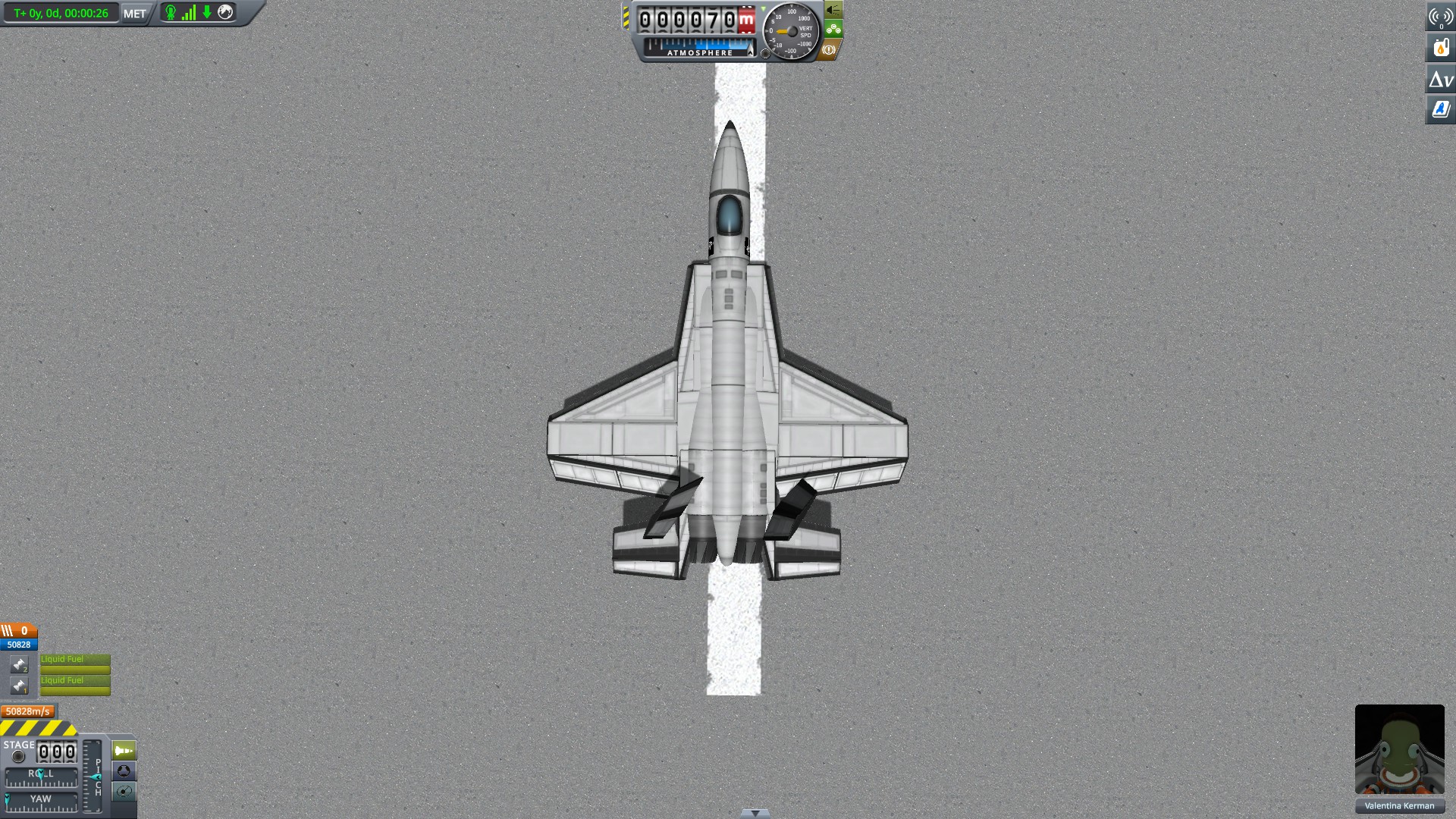 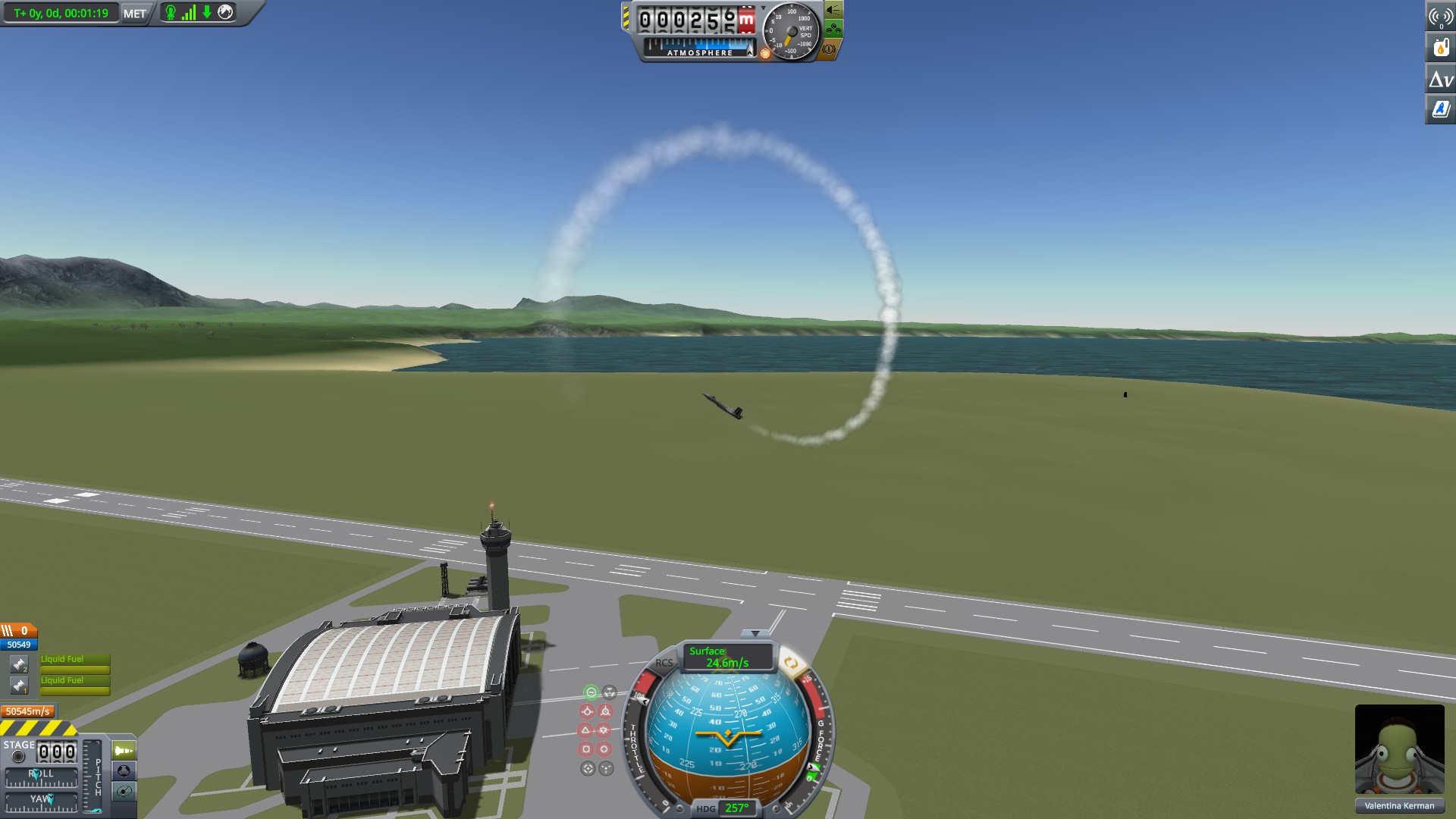 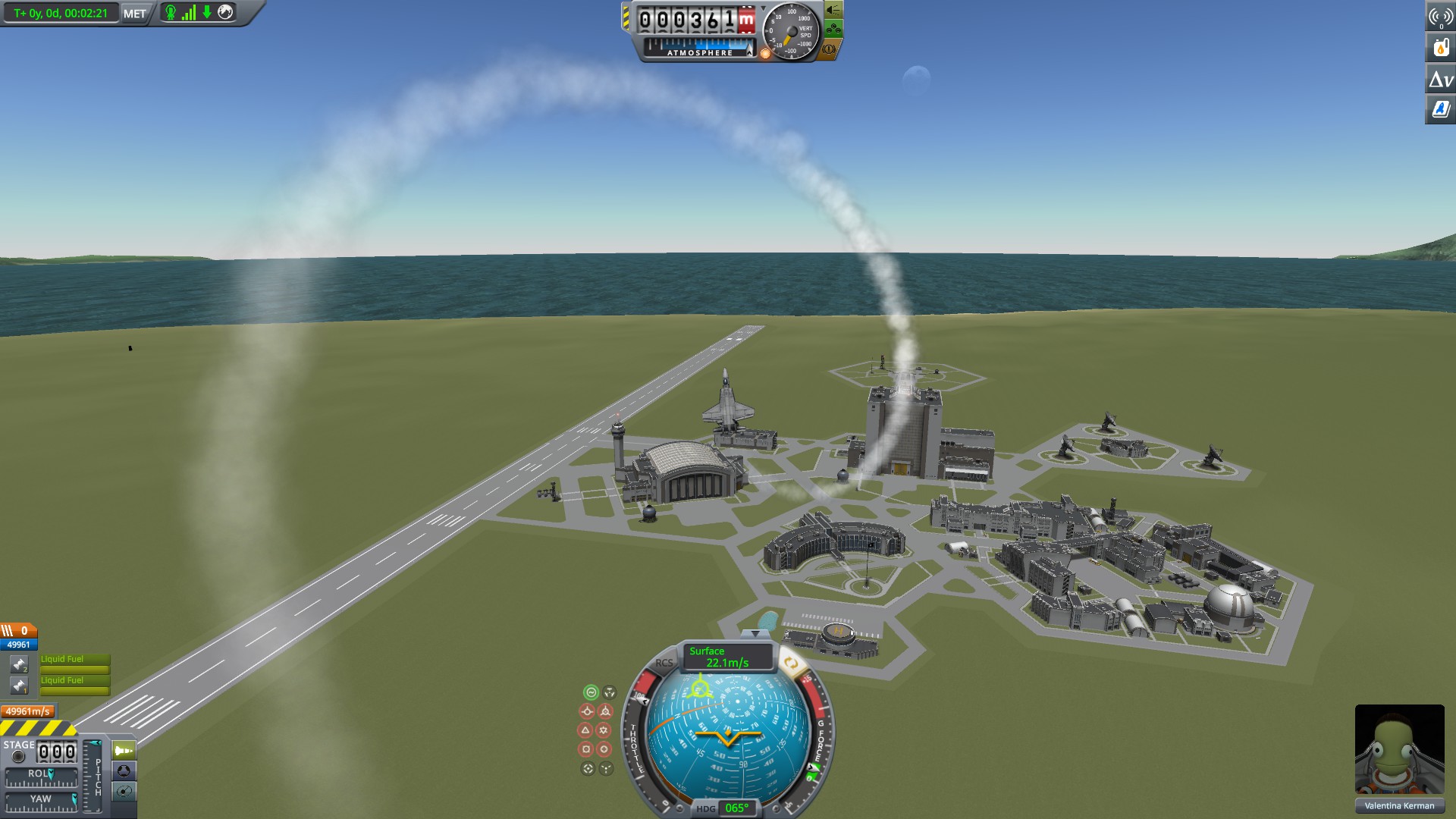 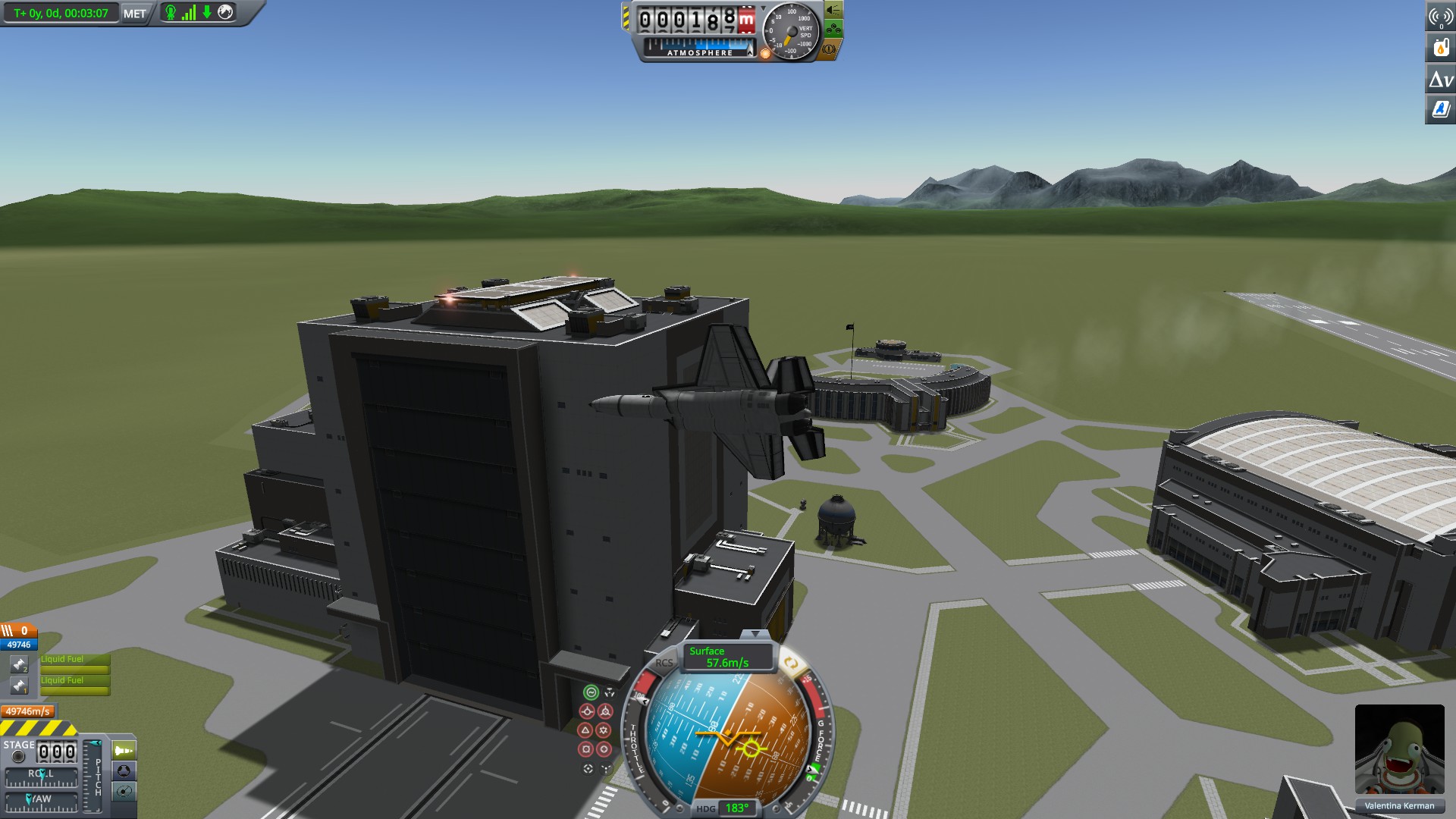