Or find other craft;
- made by Kronus_Aerospace
- that are also pure stock
- that have a similar part count
Hangars that contain this craft
Big Cargo SSTOs 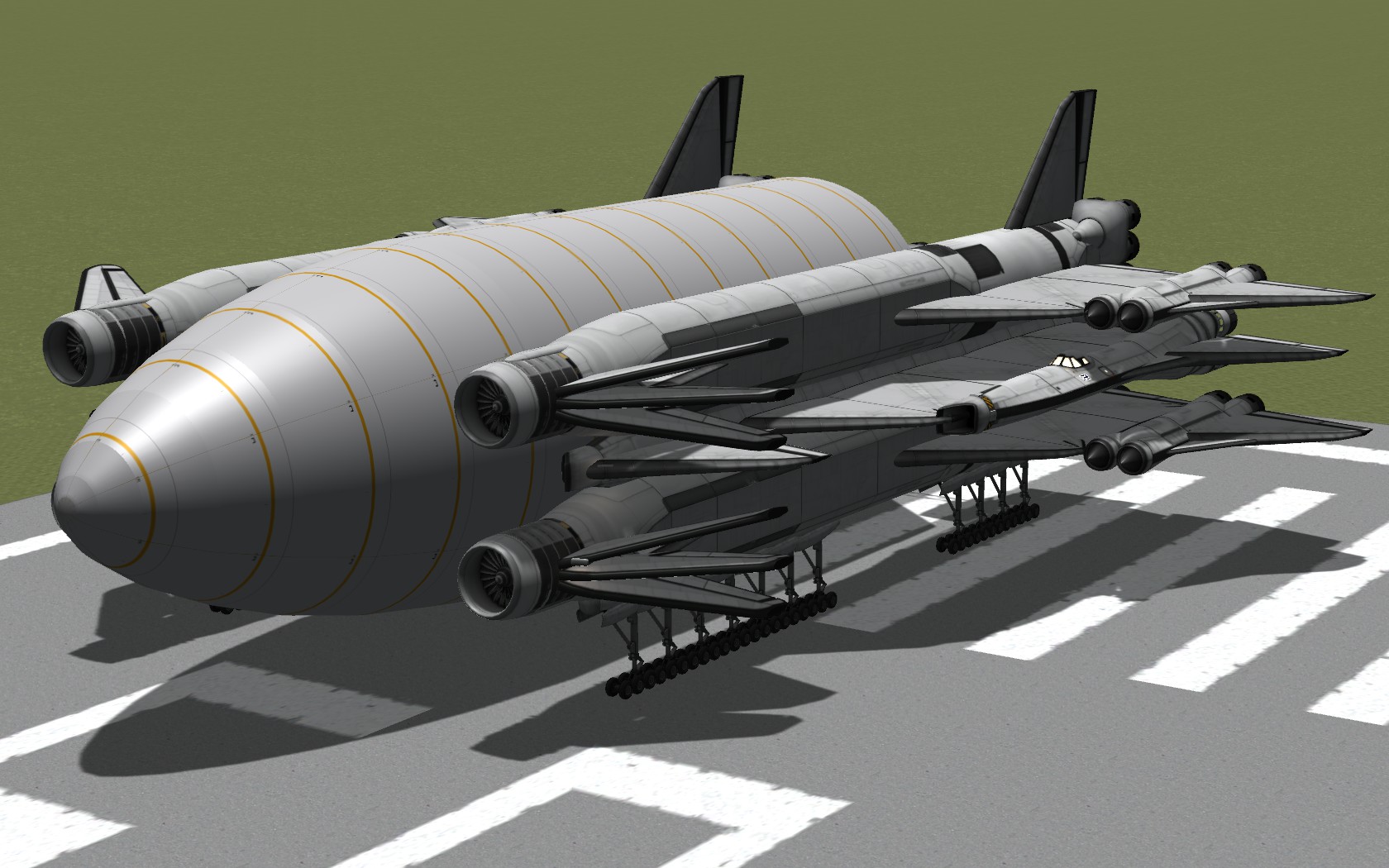 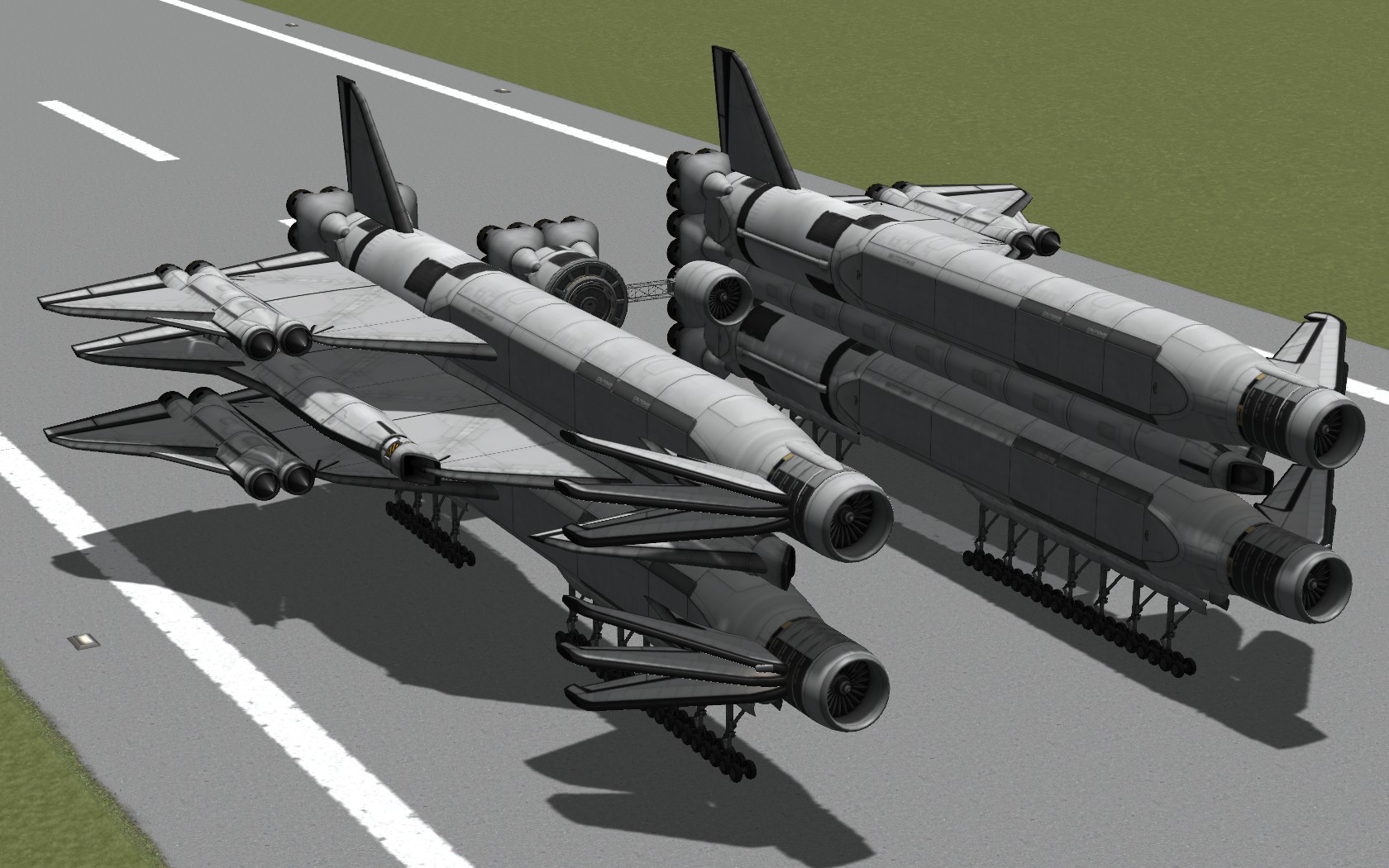 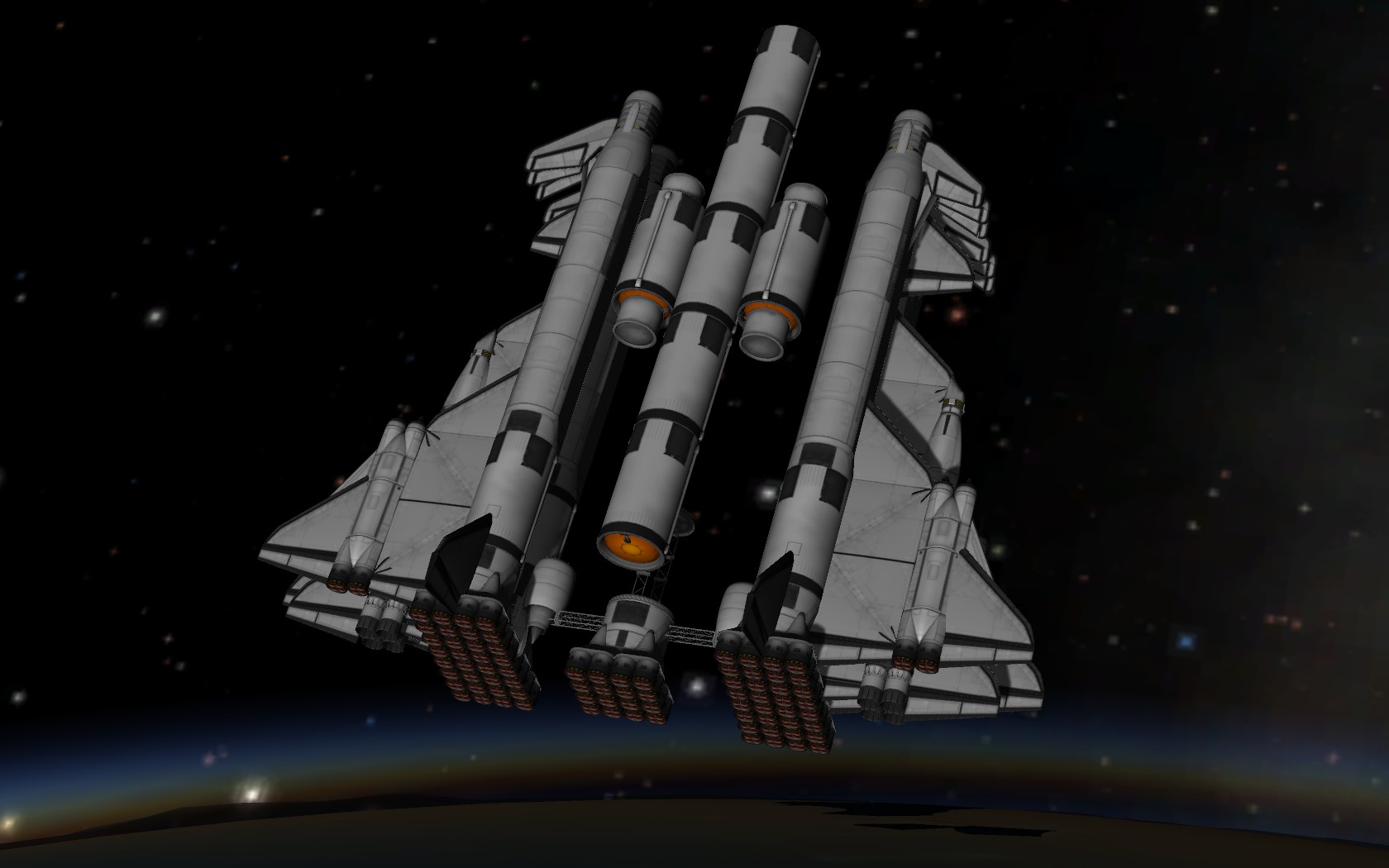 The craft after landing back at the KSC.

The craft in an 80 kilometer orbit releasing It’s test payload.

A stock aircraft called 600 Ton SSTO. Built with 439 of the finest parts, its root part is Size3LargeTank.

A ridiculously massive stock cargo SSTO capable of capable of carrying a 600 ton Payload into LKO. This SSTO not only has the largest payload capacity of any craft I’ve built, but also any craft I’ve ever Seen! This SSTO can literally carry my next largest cargo SSTO into LKO with over 100 tons of payload to spare. This craft on launch is quite unwieldy, what a shock, however it is not too difficult to fly. The craft uses primarily Goliath Turbofan engines as intakes to save on part count. However the two at the rear of the craft are also used to aid in take off, but they need to be deactivated shortly after takeoff since they consume too much intake air. Hold the brakes after activating engines, release the brakes when the thrust of the R.A.P.I.E.R.s reaches 80 KN. Once the craft flys off the runway, plant your finger on the S key to prevent the craft from running aground. When the craft is just barely maintaining altitude turn off the rear Goliaths, and don’t touch the controls. The craft will very slowly naturally pitch up due to the curviture of kerbin, unsurprisingly this SSTO takes a very long time to get up to speed. When you reach 8-9 kilometers in altitude tell SAS to hold retrograde, once the craft pitches down to around 7 or so degrees on the Navball switch back to stability assist. The craft should exceed 1500 m/s before it begins to decellerate, at which point you switch to closed cycle mode, and the rest is pretty self explanatory. If you’re having trouble getting into orbit you can slightly adjust the ascent profile to how you see fit, and some of the fuel tanks are partially empty, so you can add or remove LF and O as you deem necessary, the craft can also reach LKO completely full on fuel. The primary design concept is pretty similar to Mark Thrimm’s 440 Ton SSTO, this is simply because it really is the optimum design for huge cargo SSTOs. The engine layout is also inspired by Bradley Whistance’s 480 passenger SSTO, this engine layout minimizes drag as well as the number of additional parts required for each engine, which was the main reason I used it. The craft is surprisingly easy to control during reentry, and handles physics warp rather well. Only time will tell if I will go even bigger than this… I probably will. 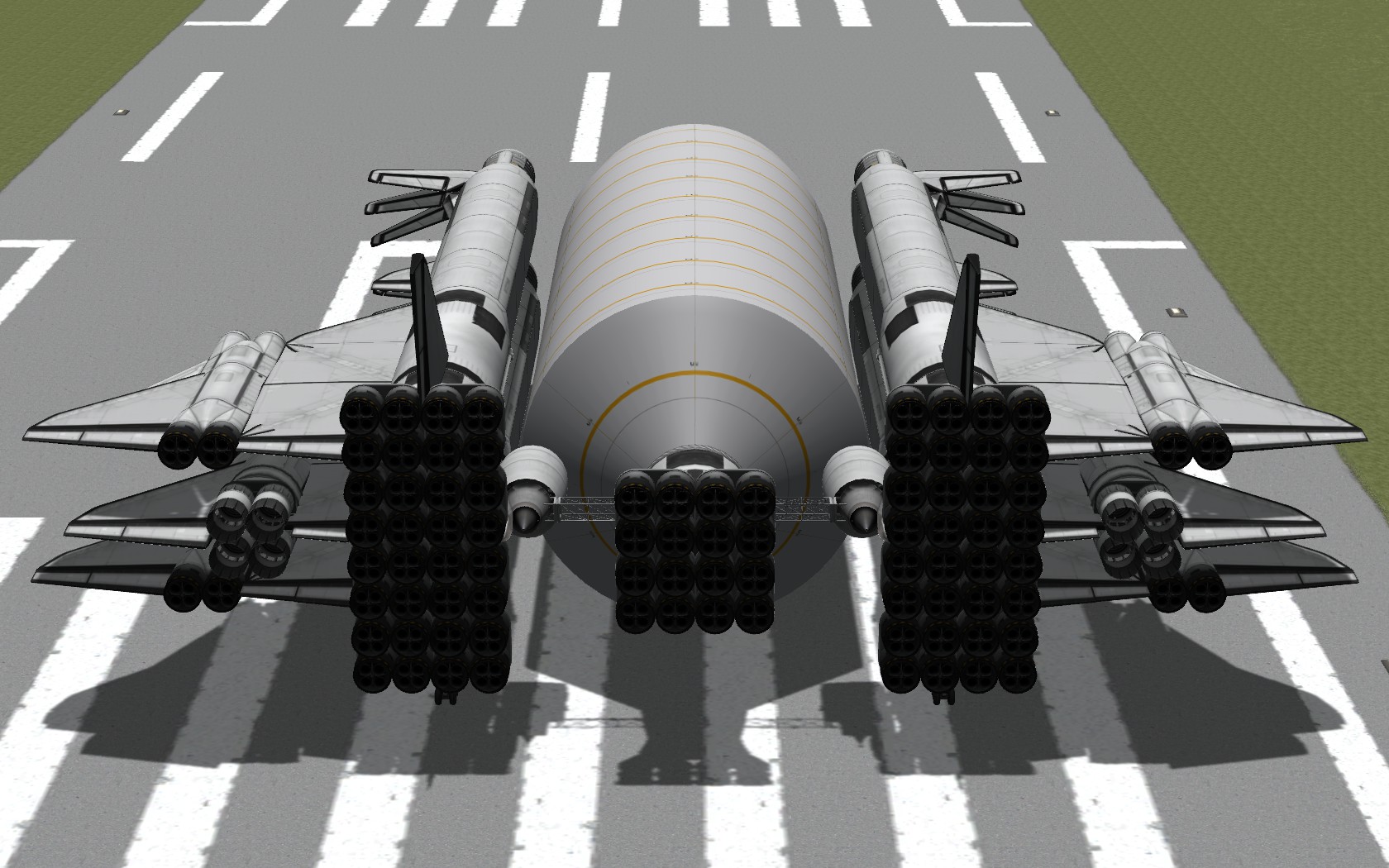 A rear view of the engine layout