Upload Craft
about
dev_blog
sign up
login
next
previous
back back
.5 Ton SSTO

Or find other craft;
- made by Kronus_Aerospace
- that are also pure stock
- that have a similar part count 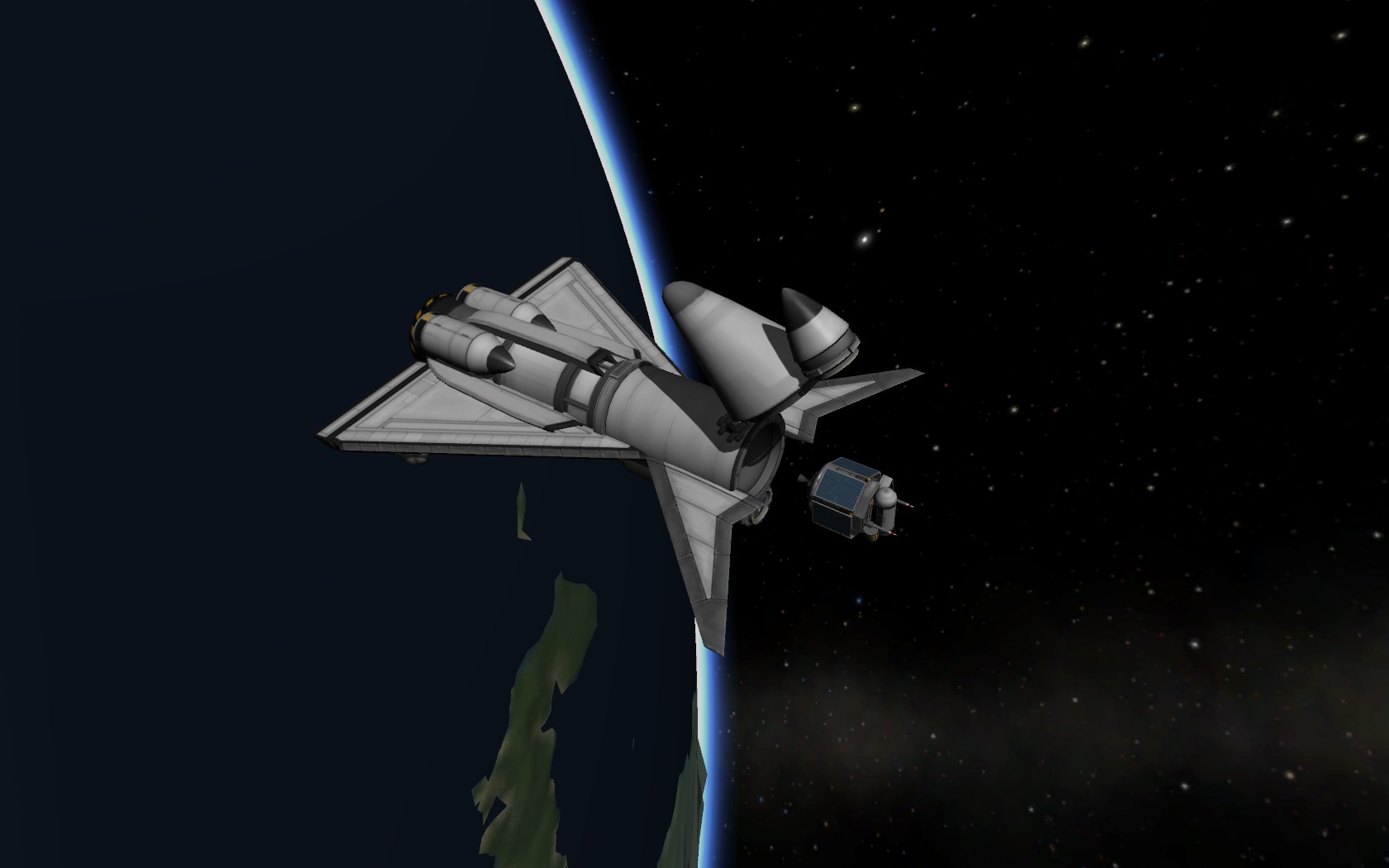 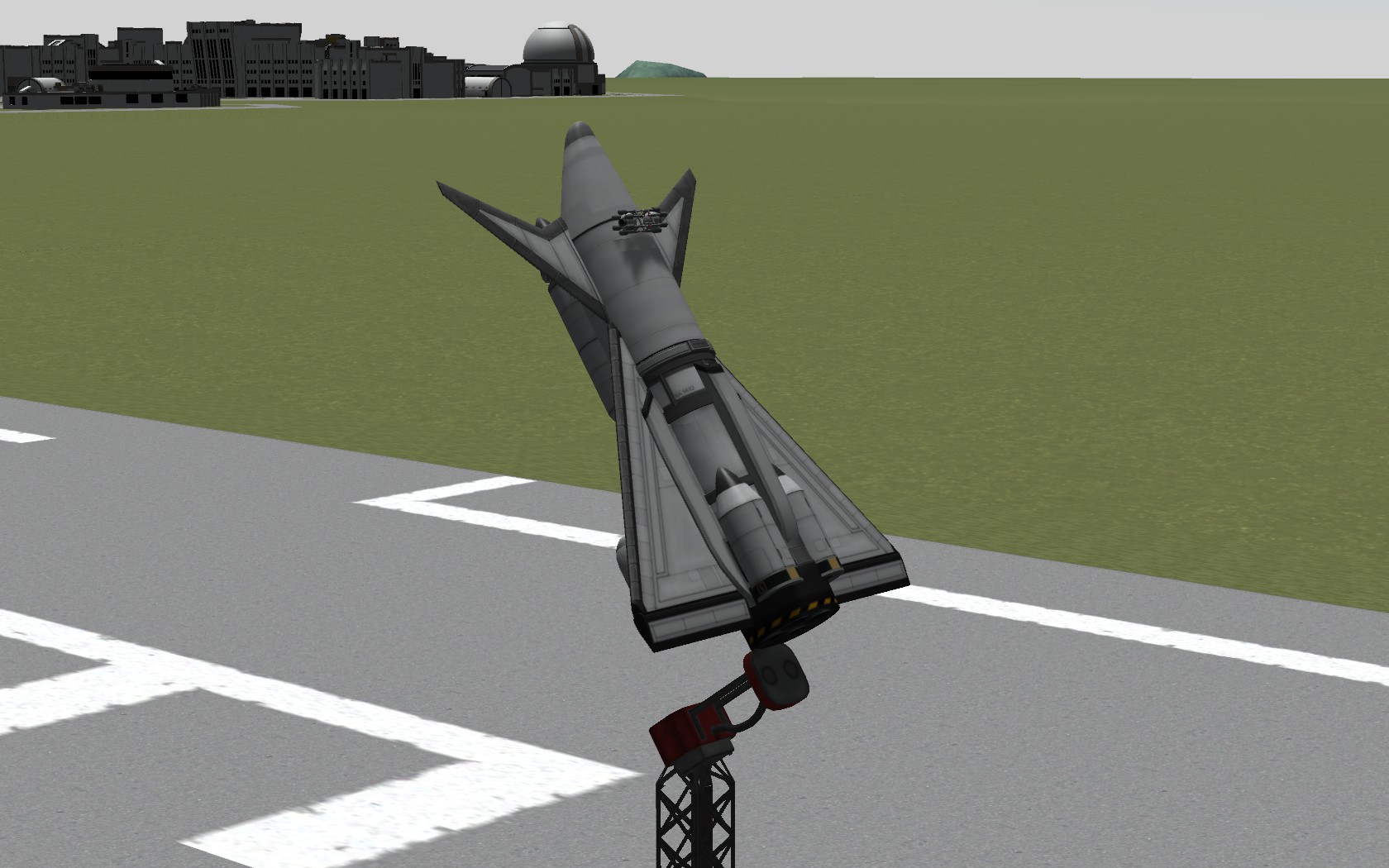 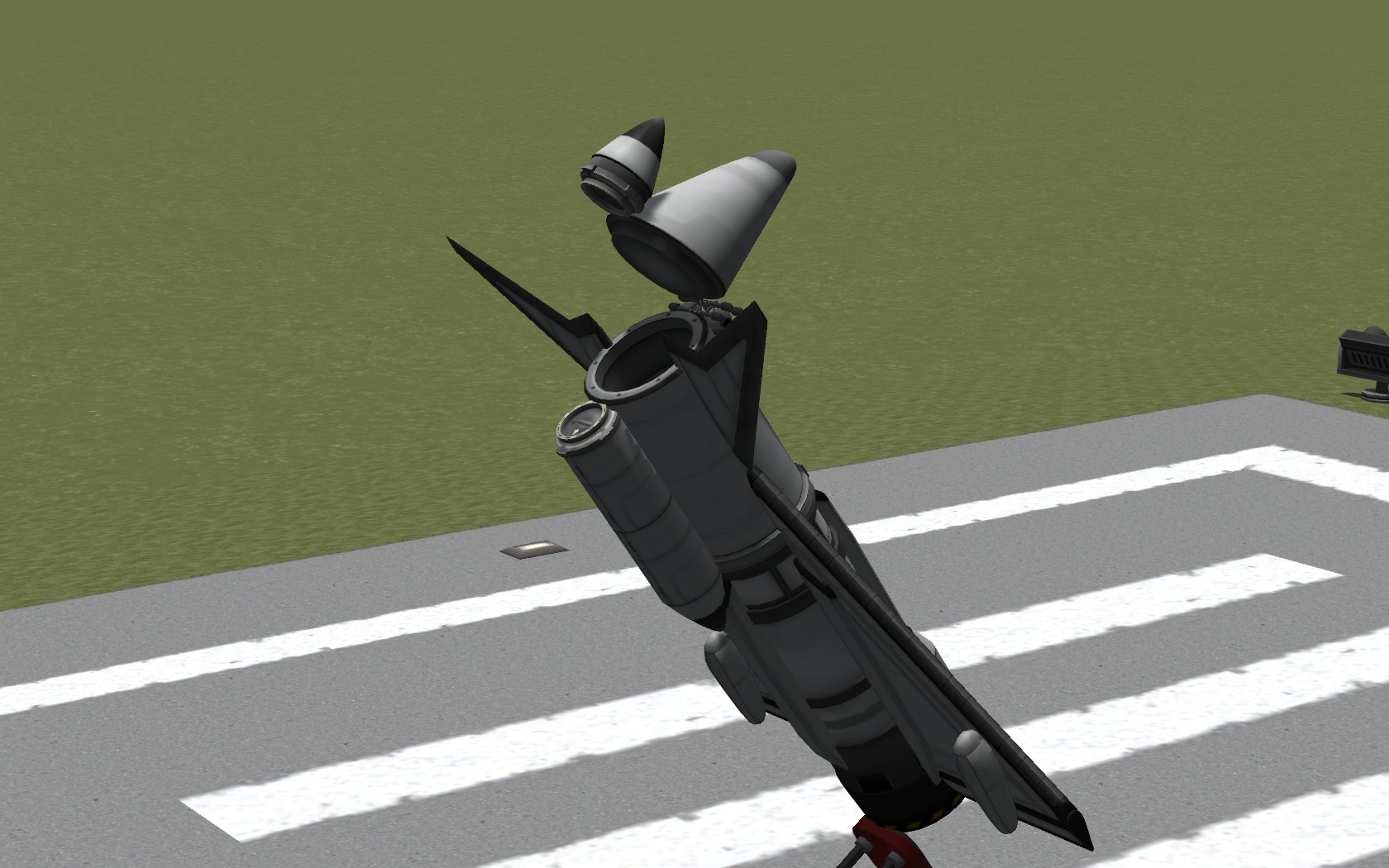 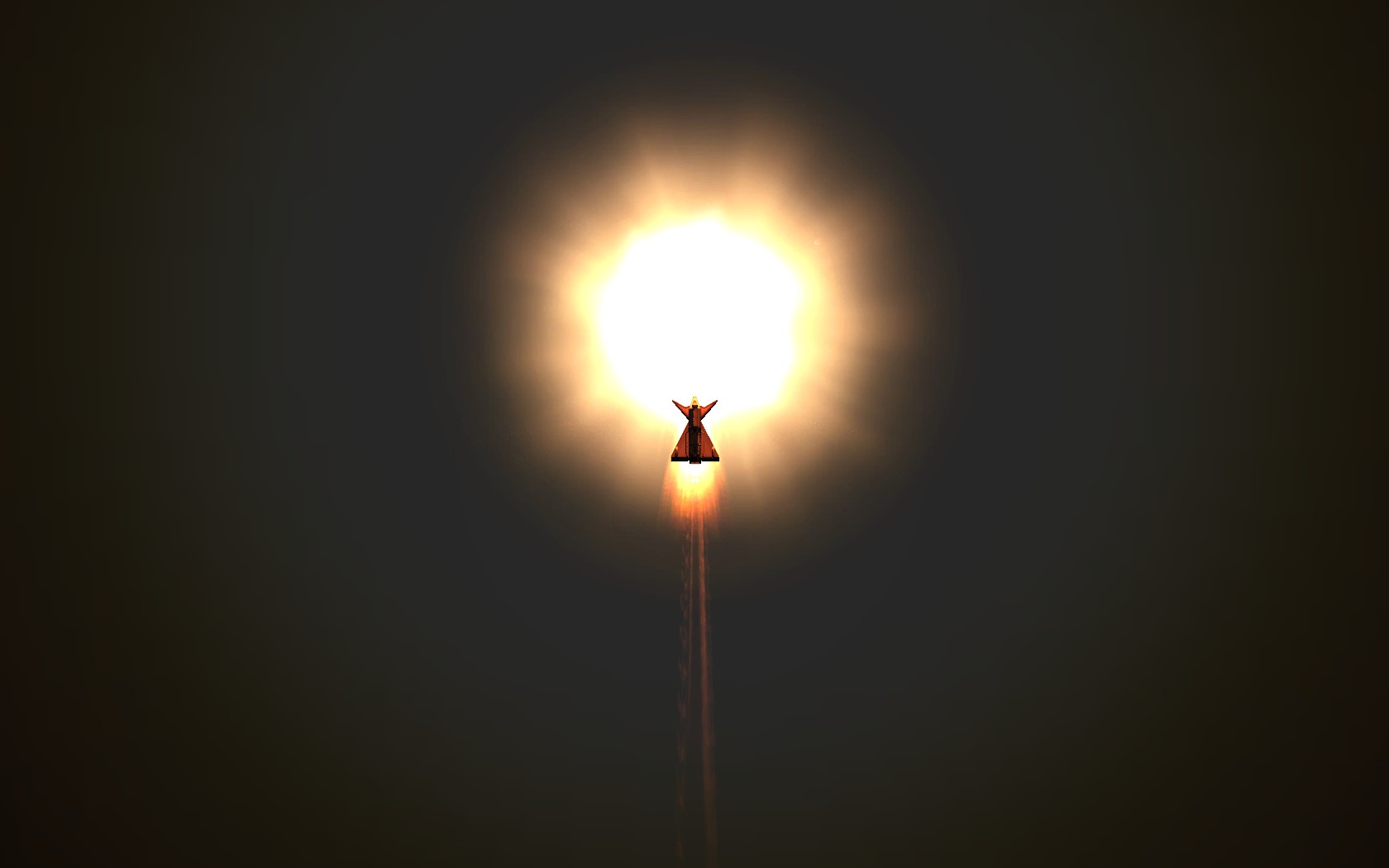 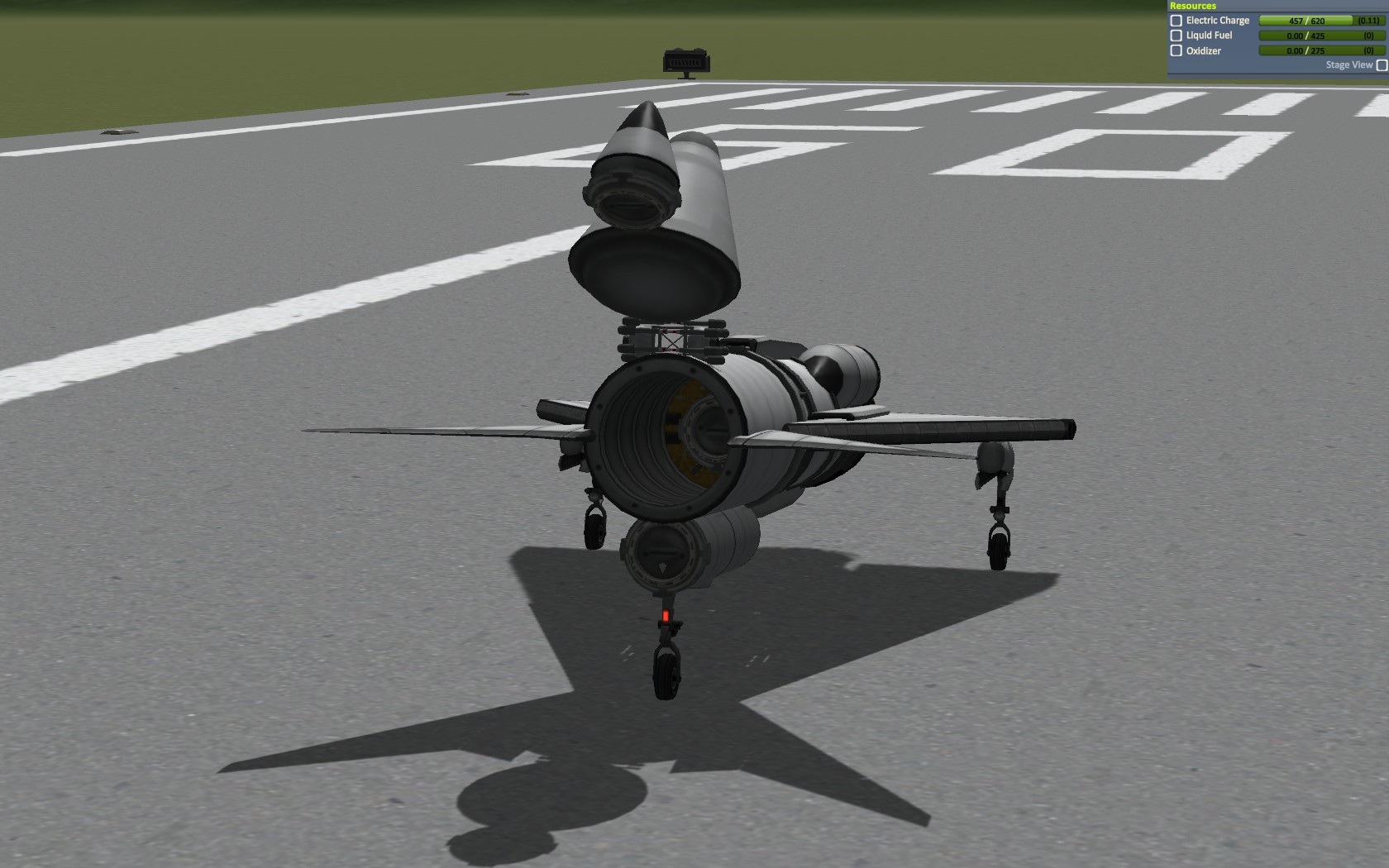 A stock aircraft called .5 Ton SSTO. Built with 70 of the finest parts, its root part is Mk1FuselageStructural.

This is a full stock cargo SSTO that can deliver a 500 kilogram payload into LKO. Due to the lack of 1.25 meter cargo bays I used a Mark1 structual fuselage. The cargo hold is opened via the nose of the craft rotating upward on a stock hinge consisting of 2 linear RCS ports and 12 of the smallest antennas. This craft suffers quite severely from drag, giving it a rather unusual ascent profile. The craft does have landing gear, but to save on fuel it launches from a clamp. Activate the engine before takeoff, allow it to reach 80 KN of thrust, make sure SAS is on, and release the launch clamp. Once the craft gets to about 40 m/s, pitch down to 20 degrees on the Navball, do not touch the controls and allow the craft to ascend. When you reach 8.7-9.0 kilometers tell SAS to hold prograde, this will cause the craft to naturally pitch downward with minimal drag, switch back to Stability Asist mode when the craft has pitched down to 10 degrees. The craft will then accelerate to 1400 m/s before beginning to slow down, at 25 kilometers activate closed cycle mode on the R.A.P.I.E.R.s, when apoapsis reaches 50 kilometers tell SAS to point prograde, cut the engine when Apopsis is at 75 kilometers. Once in LKO this craft has just over 100 m/s of delta V, just enough to do a comfortable deorbit burn. To make landing back at KSC easier, this craft is designed to have an excess of liquid fuel. The craft comes with a small science satellite, so the part count is lower than it appears.