Or find other craft;
- made by Kronus_Aerospace
- that are also pure stock
- that have a similar part count
Hangars that contain this craft
Big Cargo SSTOs | ball 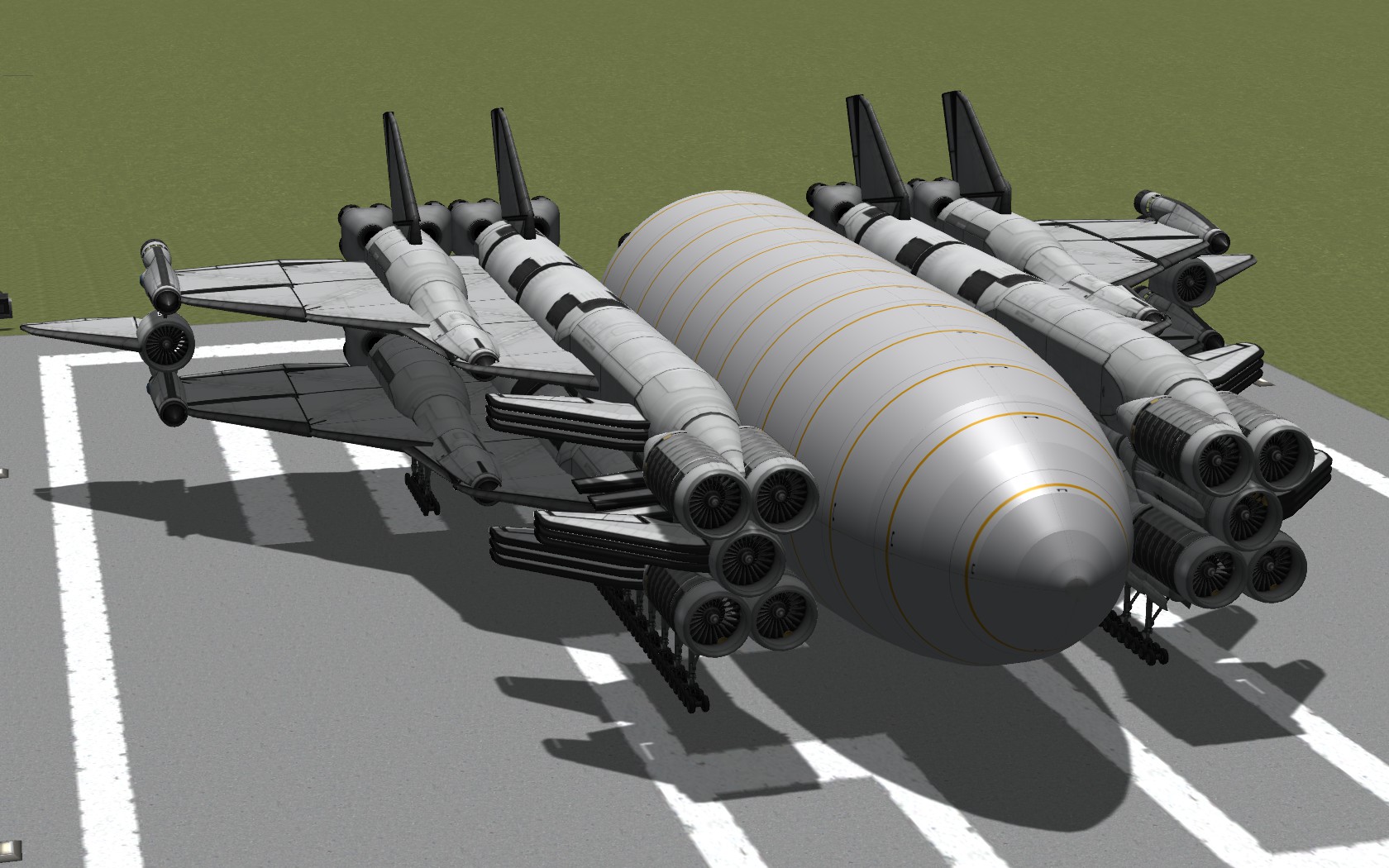 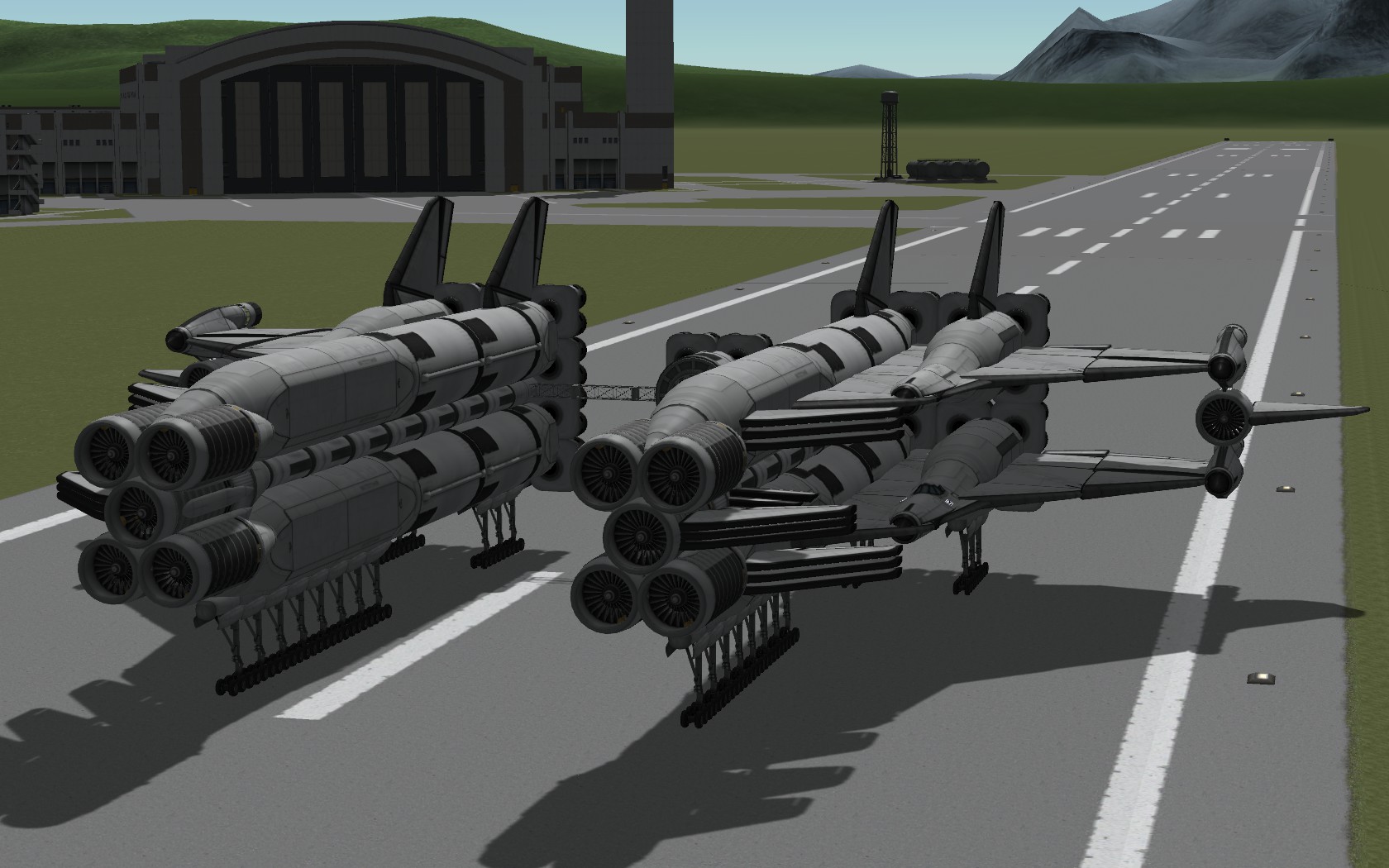 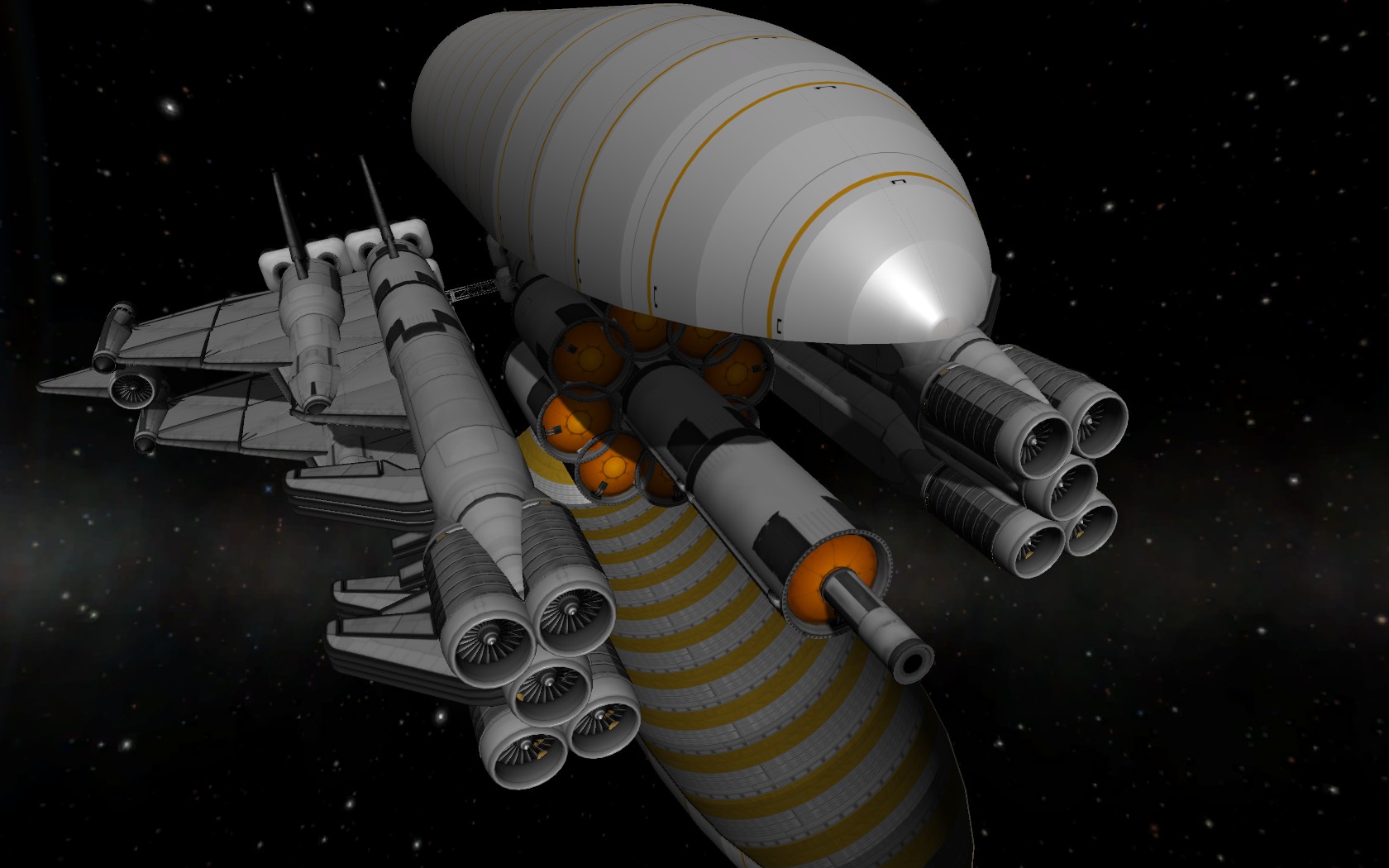 A stock aircraft called 1000 Ton SSTO. Built with 620 of the finest parts, its root part is fairingSize3.

How big is
TOO big?

This is an absurdly colossal stock cargo SSTO that can reliably deliver 1 KILOTON payloads into orbit. After building my 600 ton cargo SSTO without much difficulty, I though ‘HEY, let’s take it all the way up to 1 kiloton, WHY NOT?’ This SSTO was a nightmare to test as the game ran at a consistent 1 fps, I defidently wouldn’t have survived if it weren’t for physical time warp. The flight profile for this craft is extremely simple, once you fly off the en of the runway hold the S key like your life depends on it, the craft will dip below 20 meters in elevation before it starts to gain altitude. Once you
reach around 240 m/s, bring your hands off the keyboard and let SAS do all the work until you need to switch the R.A.P.I.E.R.s mode, the craft should exceed 1500 m/s. If you notice that the craft is drifting to the side a bit, don’t try to correct it, you will probably do more harm than good. Besides, this craft has tons of wiggle room in terms of fuel, even though many of the fuel tanks are partially/completely empty. One interesting thing about this craft is that since the craft by itself weighs only around 1900 tons, the payload is more than half the craft’s weight. I don’t know why, but the bigger an SSTO is, the better it’s fuel economy. To save on part count the craft’s engines are fed almost entirely using Goliath turbofan engines. The fairing is set to clamshell deploy because clamshell deploy is awesome and I could get away with it. I think I am entirely justified in saying that this is the biggest cargo spaceplane SSTO in terms of payload capacity ever made in the history of KSP, with the R.A.I.P.E.R.s composing 144 of this craft’s 620 parts it is certainly the most complex SSTO I have ever made. If ever there was a craft deserving of the name Kronus, it’s this one.

Side note: The game crashed several times during testing and building.