try not to crash it
Note: this was made in KSP v1.7.1 - It may not function as intended in KSP 1.10.1
This craft has been added to your downloads queue. Use the KX Mod to fetch it when you are next in KSP. Enable deferred downloads to make this the default way to download.
Download craft with the KerbalX Mod
how to install
re-download 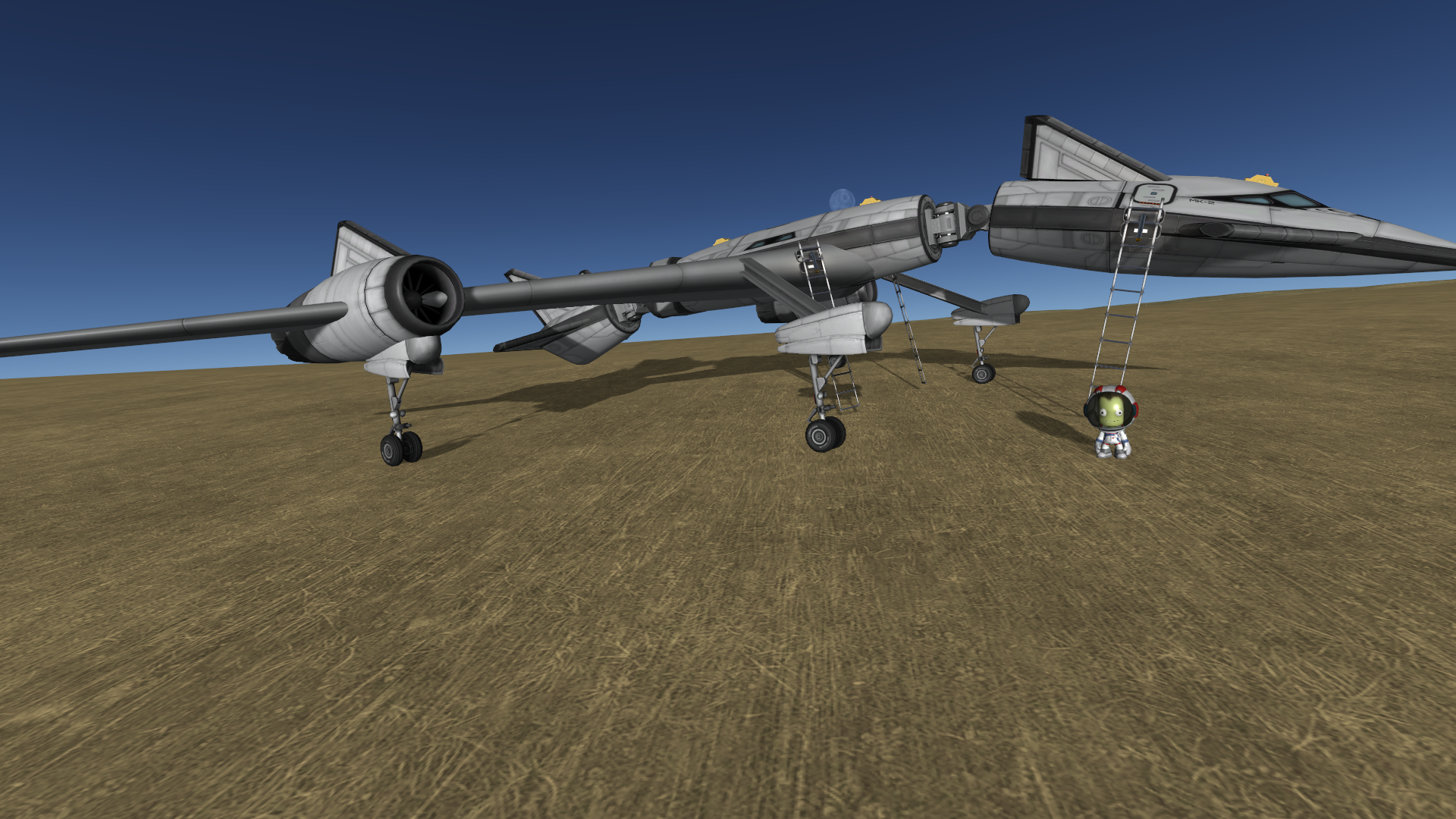 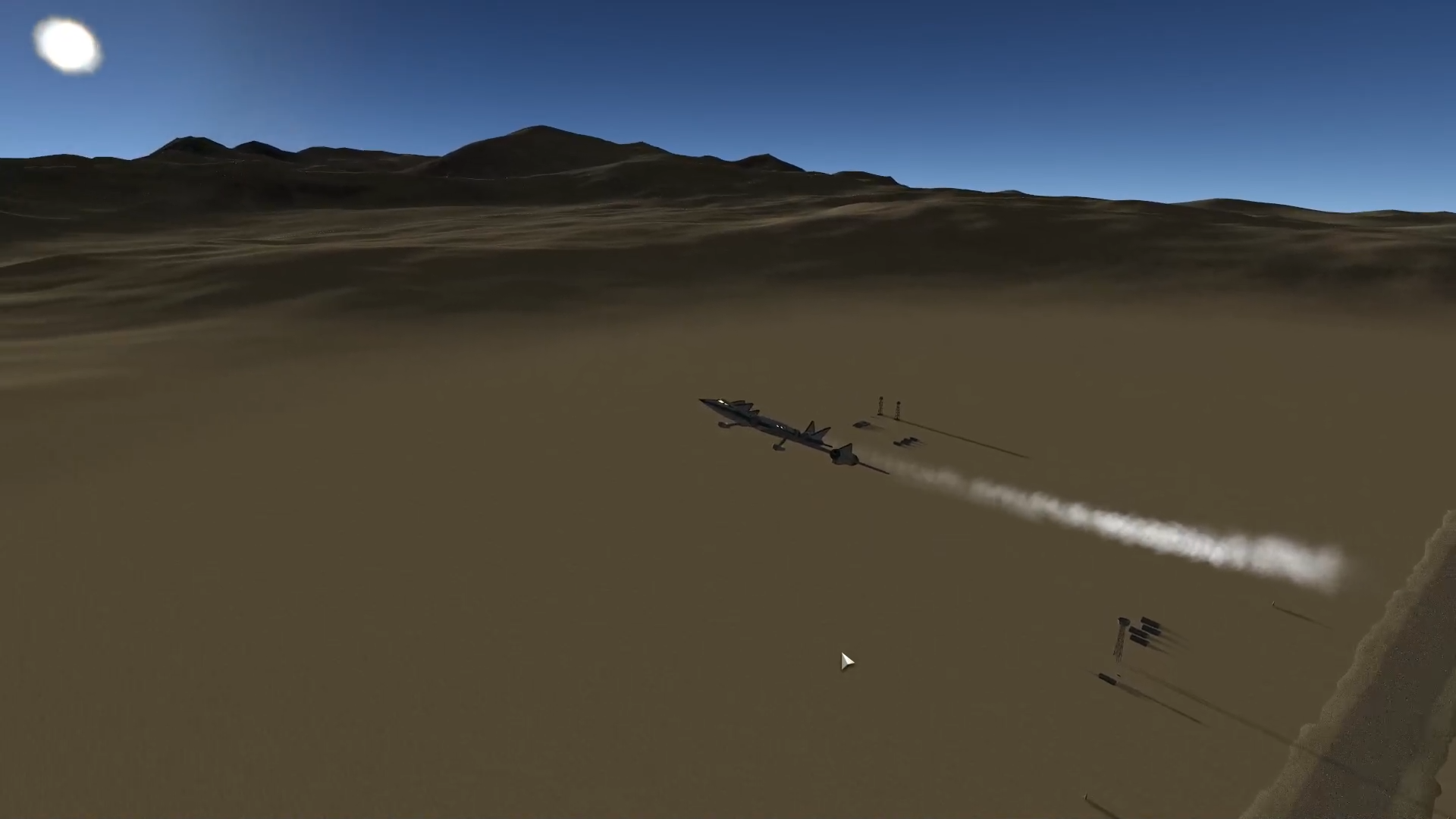 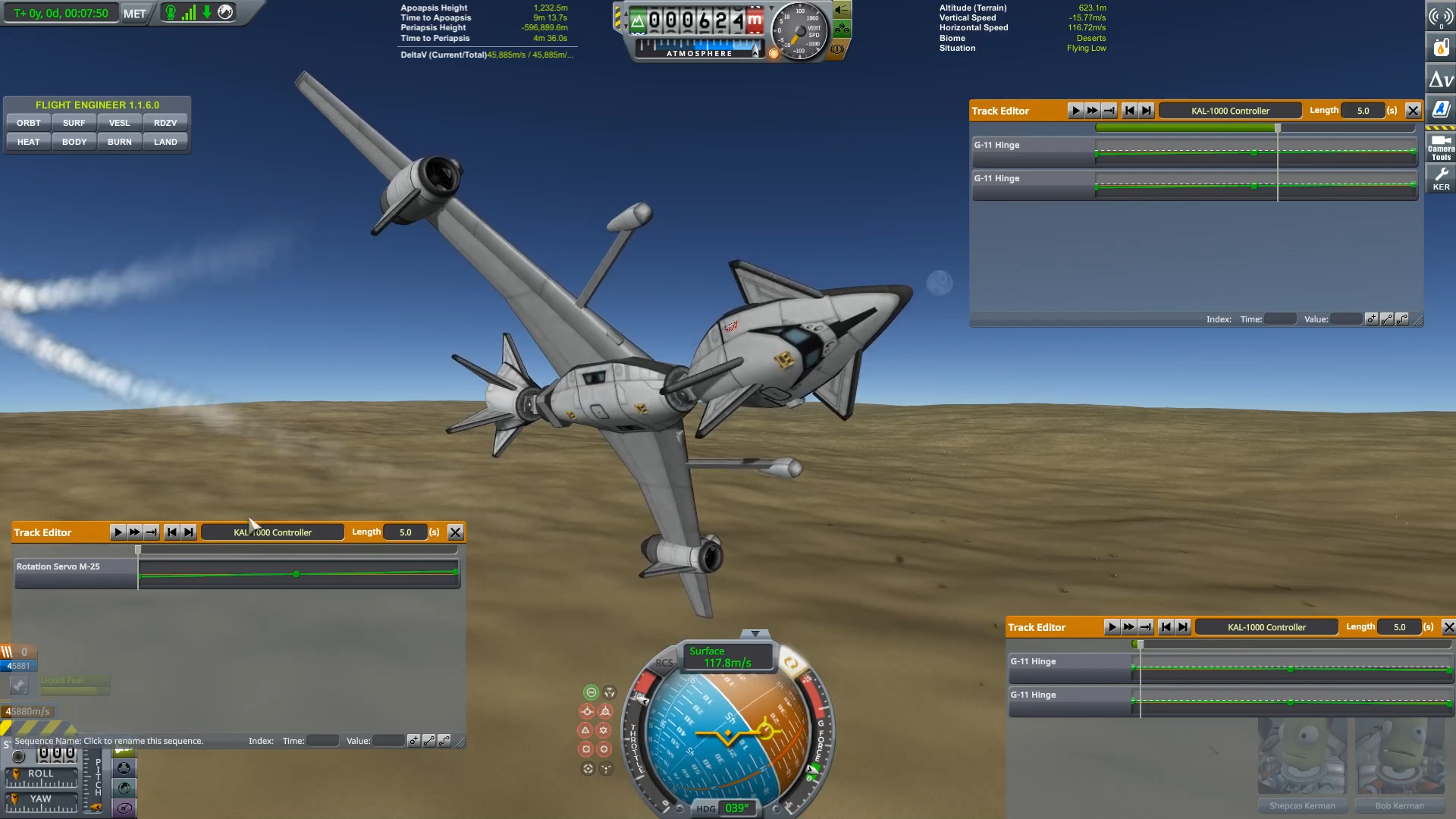 K.R.A.S.S.H. Industries presents Viktor, our first aircraft that uses no traditional control surfaces–no flaps, elevators, ailerons or rudders. Rather, the plane is flown by bending and rotating the three segments of the fuselage.

Why, you may ask, would K.R.A.S.S.H. take such a step counter to nearly a century of established aeronautical engineering practice? Well, outside psychologists have been brought in to evaluate the staff. We don’t have answers yet, but rest assured, we will keep you posted.

In the meantime, get ready to relearn how to fly. You will need to open the three controllers placed on the top of the plane. One controls the Y-axis (up/down bending), on the X-axis (side to side bending) and one controls the rotation of the tail assembly.

You use your mouse to drag the playhead back and forth to make adjustments as we found this works a lot better than the standard axis groups. If you have ever played Homeworld, you should be in good practice clicking and dragging in multiple locations while trying not to die. Make small adjustments, or the craft will fold over on itself.

It is worth watching the video to get a better sense of how this works.

Named after Russian author Viktor Pelevin, whose abusrdist satire of the Soviet space program Omon Ra should be on any literary space geeks list. 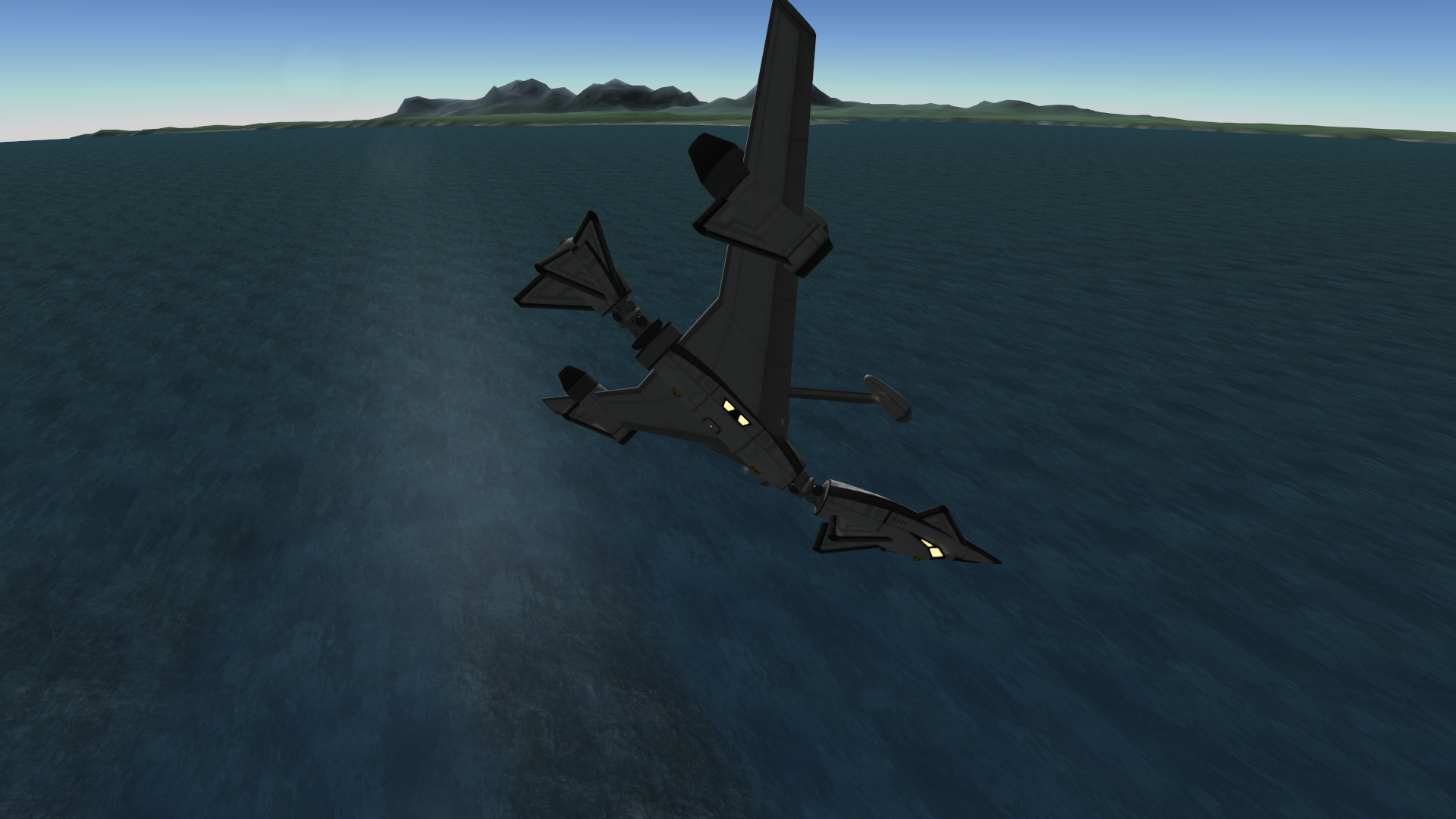 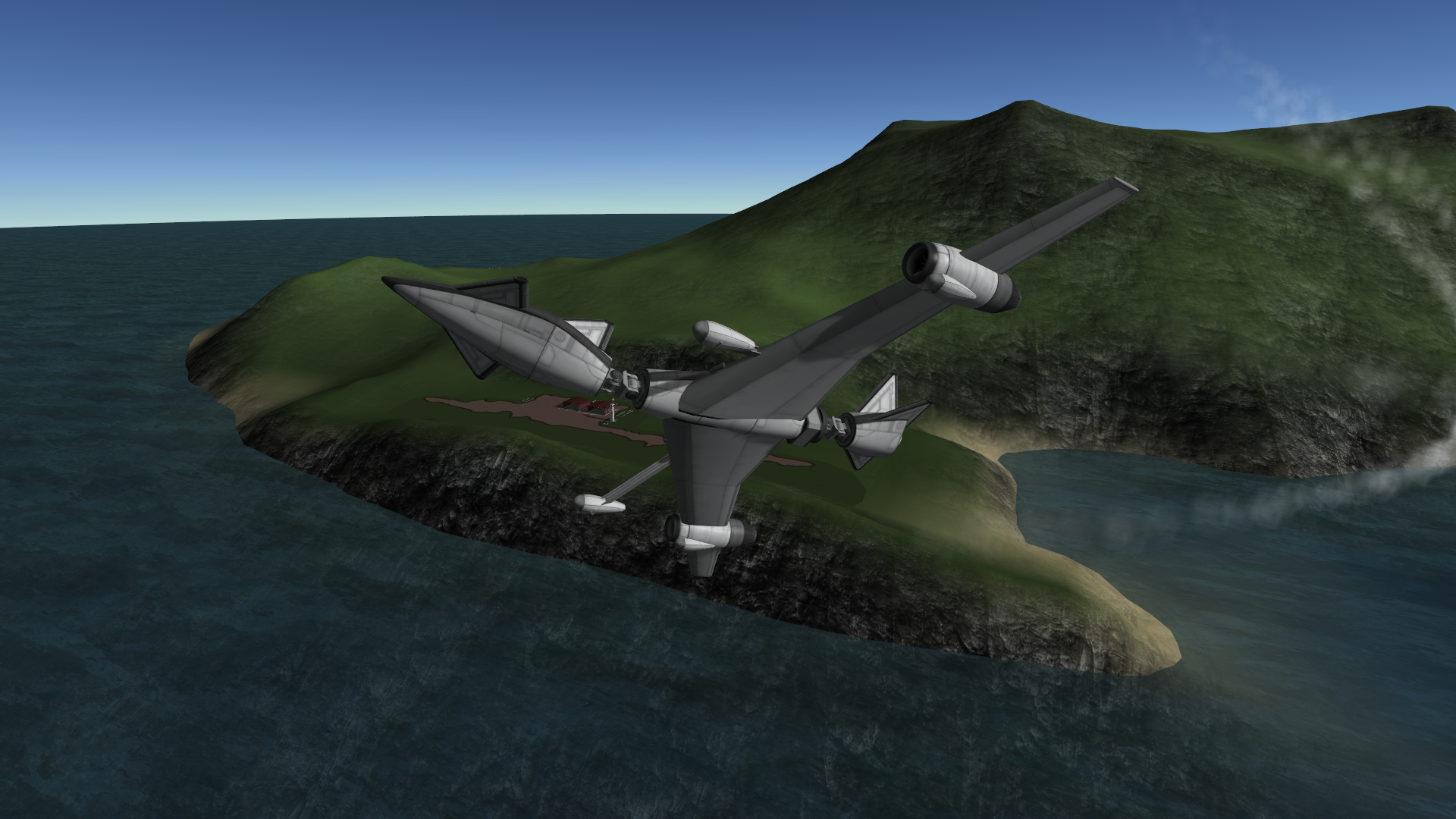 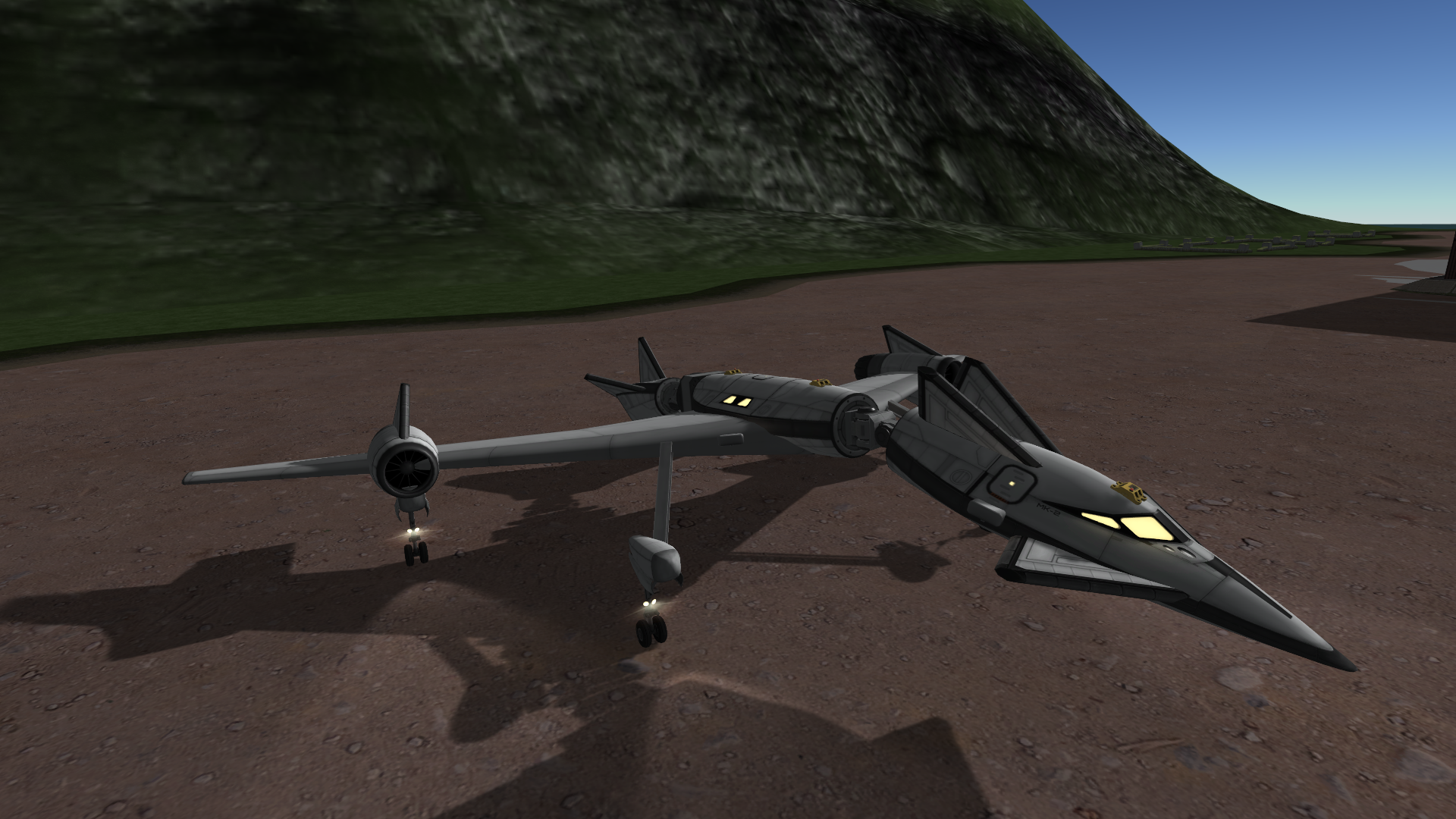 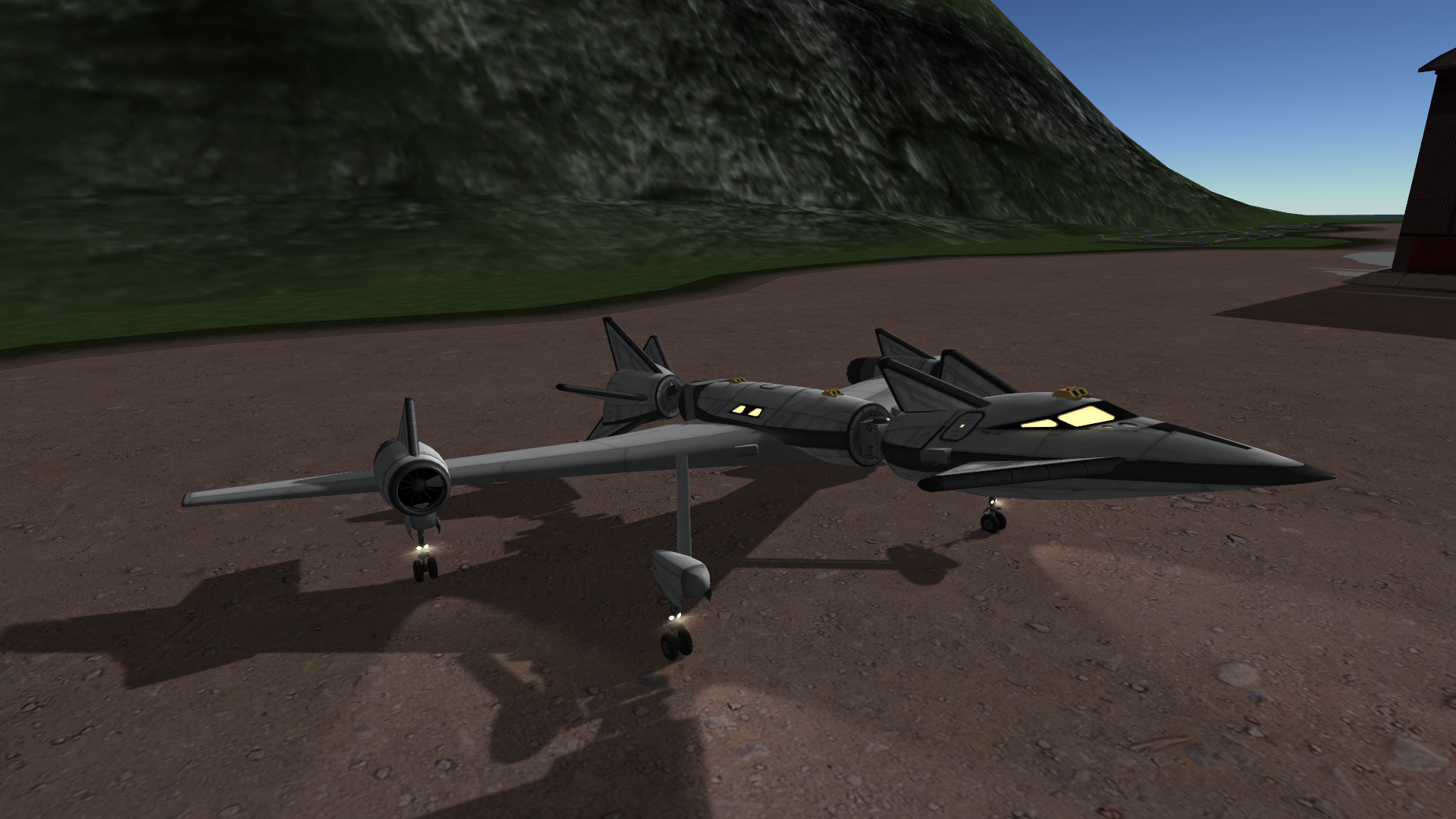