try not to crash it
Note: this was made in KSP v1.6.1 - It may not function as intended in KSP 1.12.4
This craft has been added to your downloads queue. Use the KX Mod to fetch it when you are next in KSP. Enable deferred downloads to make this the default way to download.
Download craft with the KerbalX Mod
how to install
re-download

Or find other craft;
- made by Klapaucius
- that are also pure stock
- that have a similar part count
Hangars that contain this craft
Wingnuts: For fans of flying wings--stock only 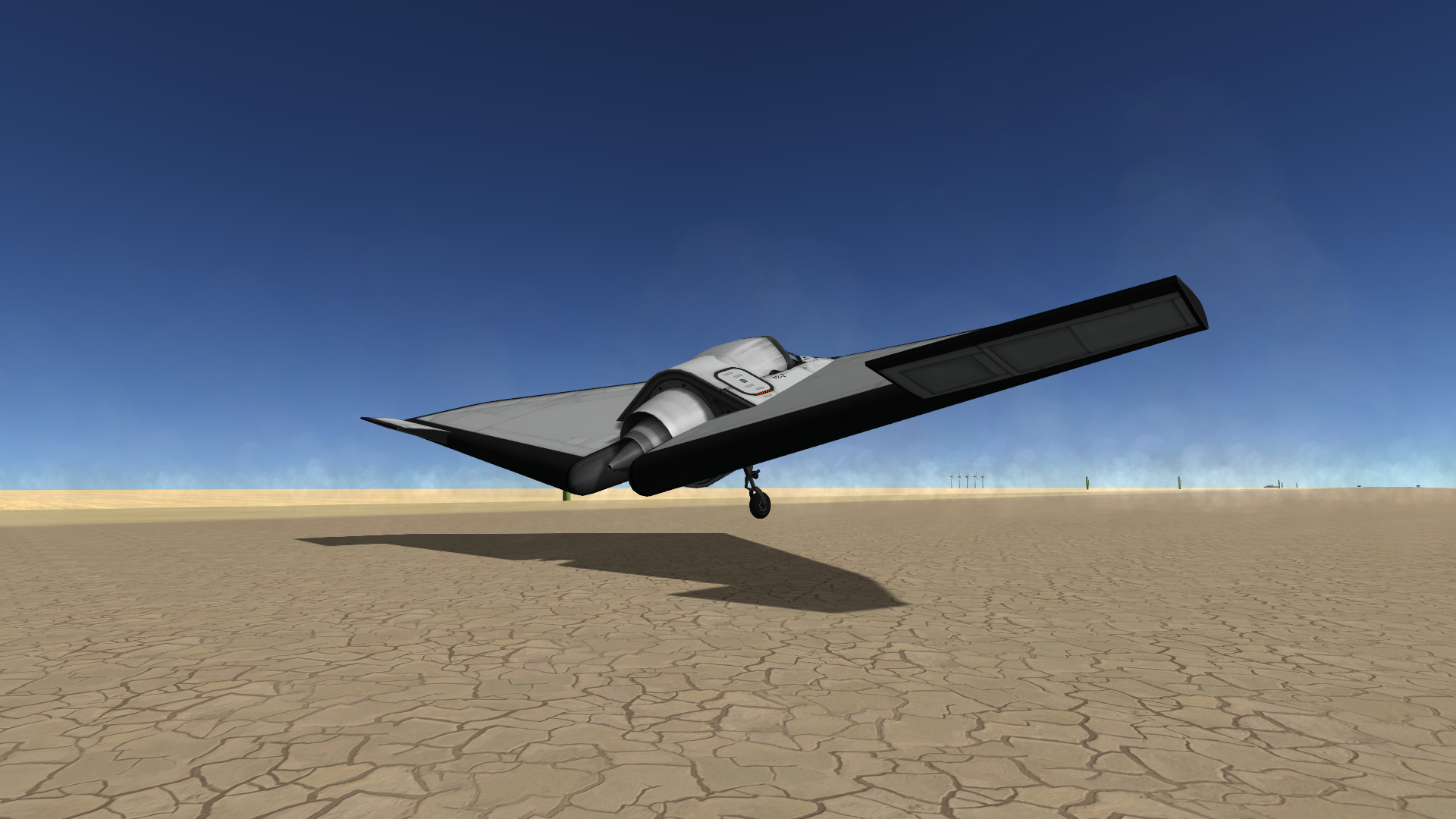 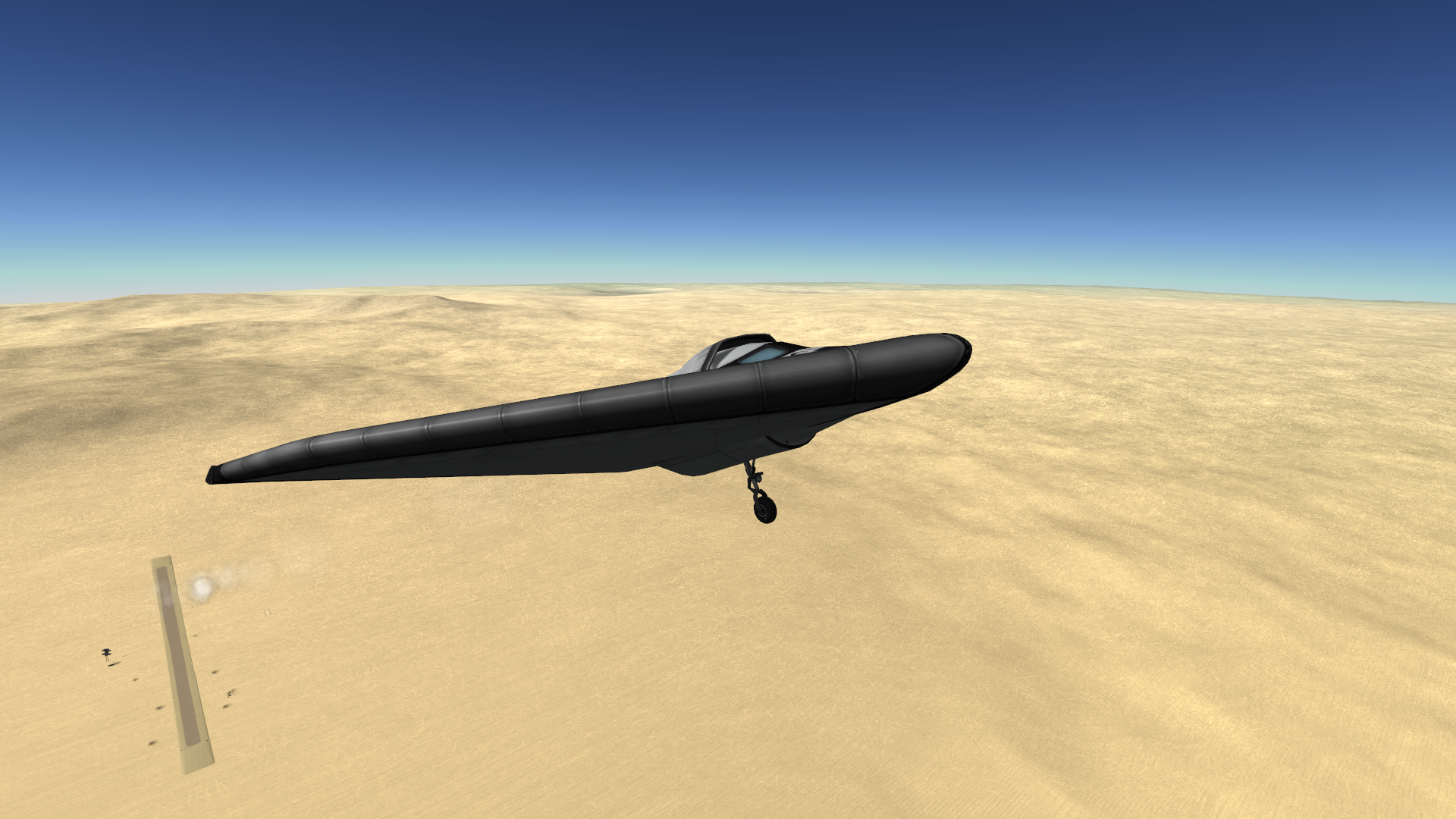 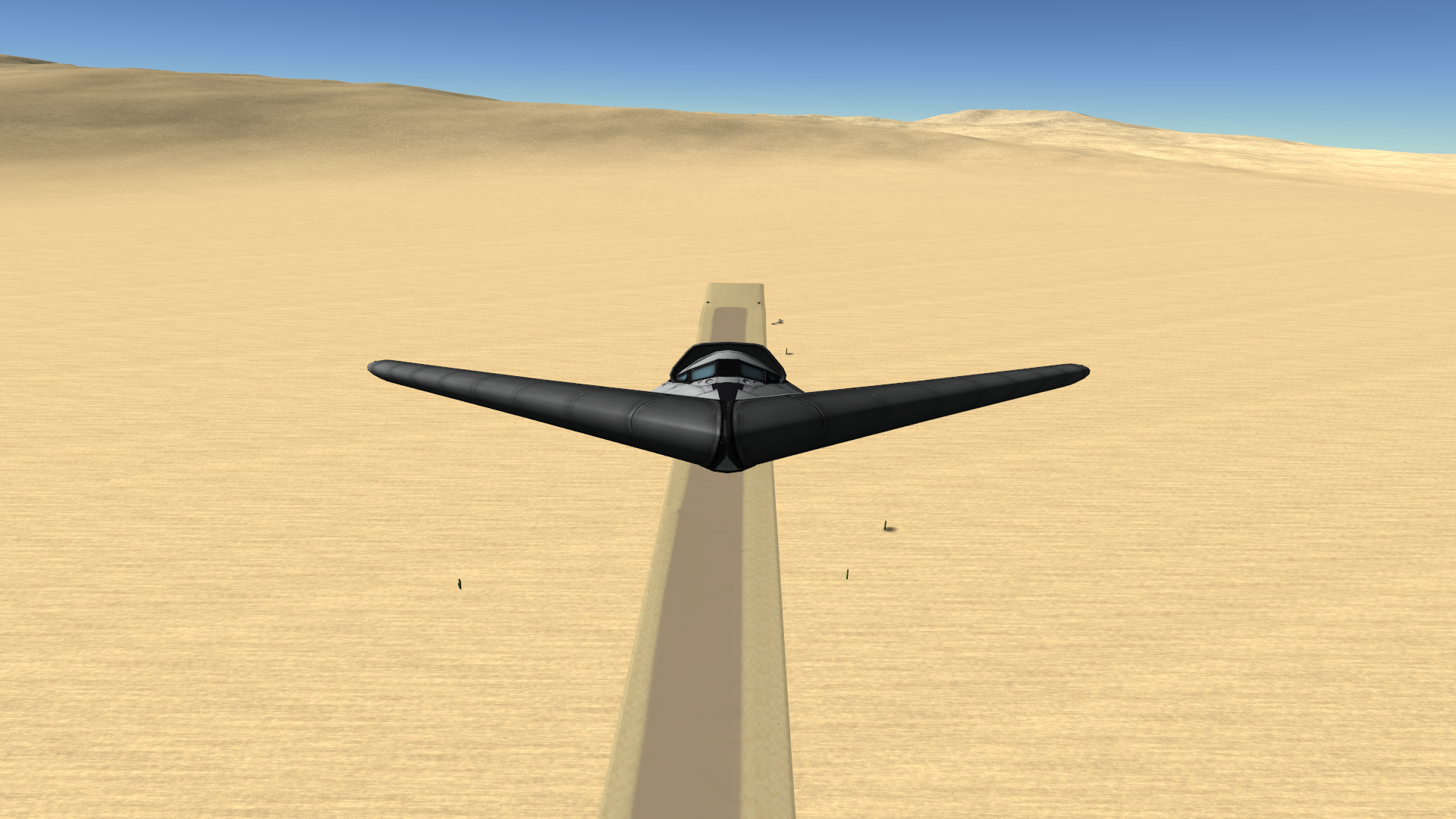 An early K.R.A.S.S.H. Industries project…Even by our dodgy standards, this is a poor aircraft.
Built with only eight parts, it was an experiment to see how simple one could get. And also a chance to see if an airplane with only one wheel was viable. It is…more or less…

One-wheeled take-offs are possible, and even one-wheeled landings can be done, albeit the percentage of successes vs failures is in the single digits. So far, we have achieved only one non-fatal landing that did not also wreck the aircraft. See video for a near success.

Takeoff is pretty easy. Press stability control, throttle up, and let it take off. Most of the time, this works, though it seems twitchier in 1.4.5.

That is about it for ease, however. The plane is named after Oscar the Grouch for good reason. It can be very twitchy, and landing is a challenge. It can be done, but it takes finesse. Action group one controls reverse thrust, which is essential to get this on the ground. Be ready to EVA if needed. 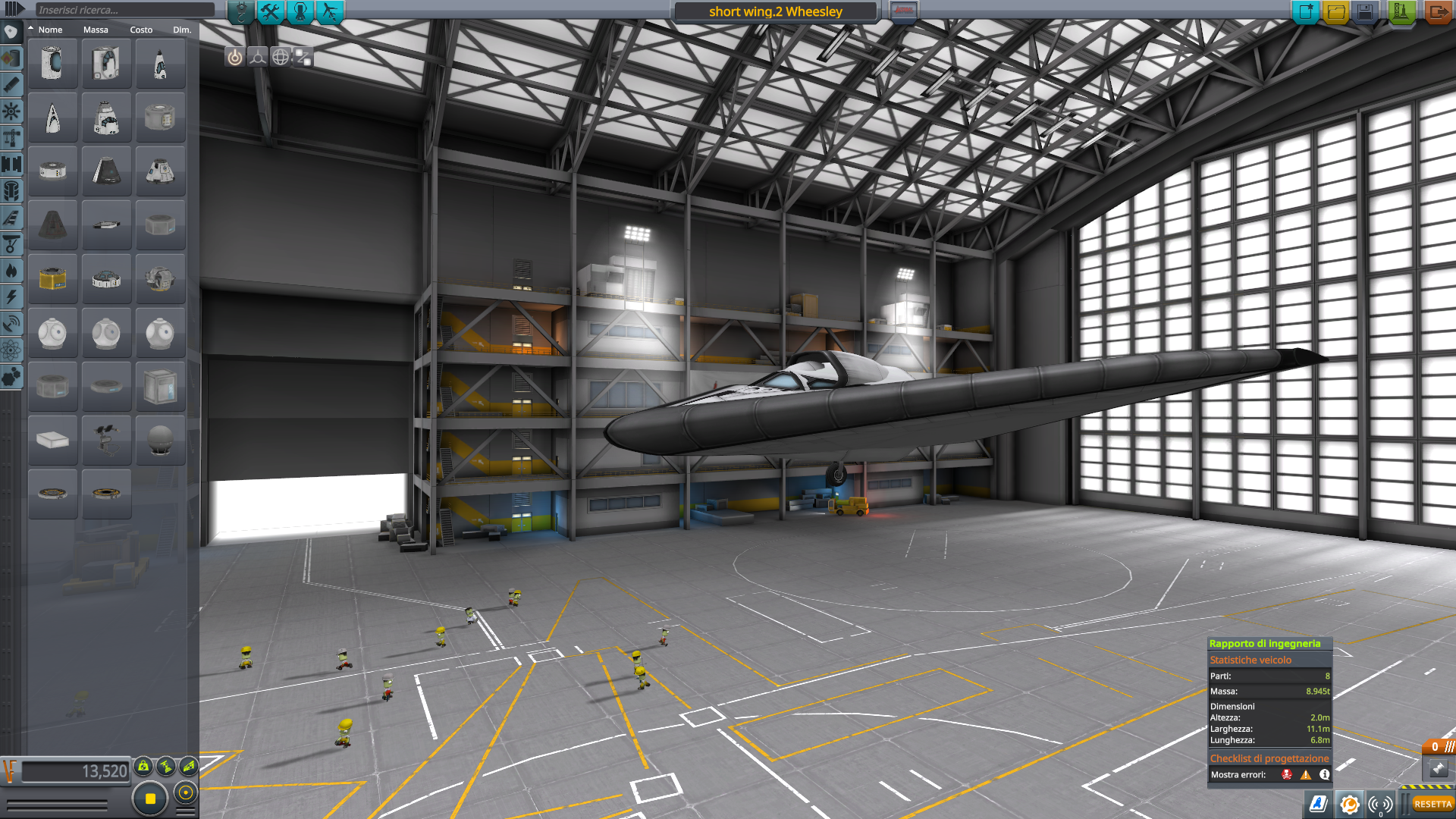 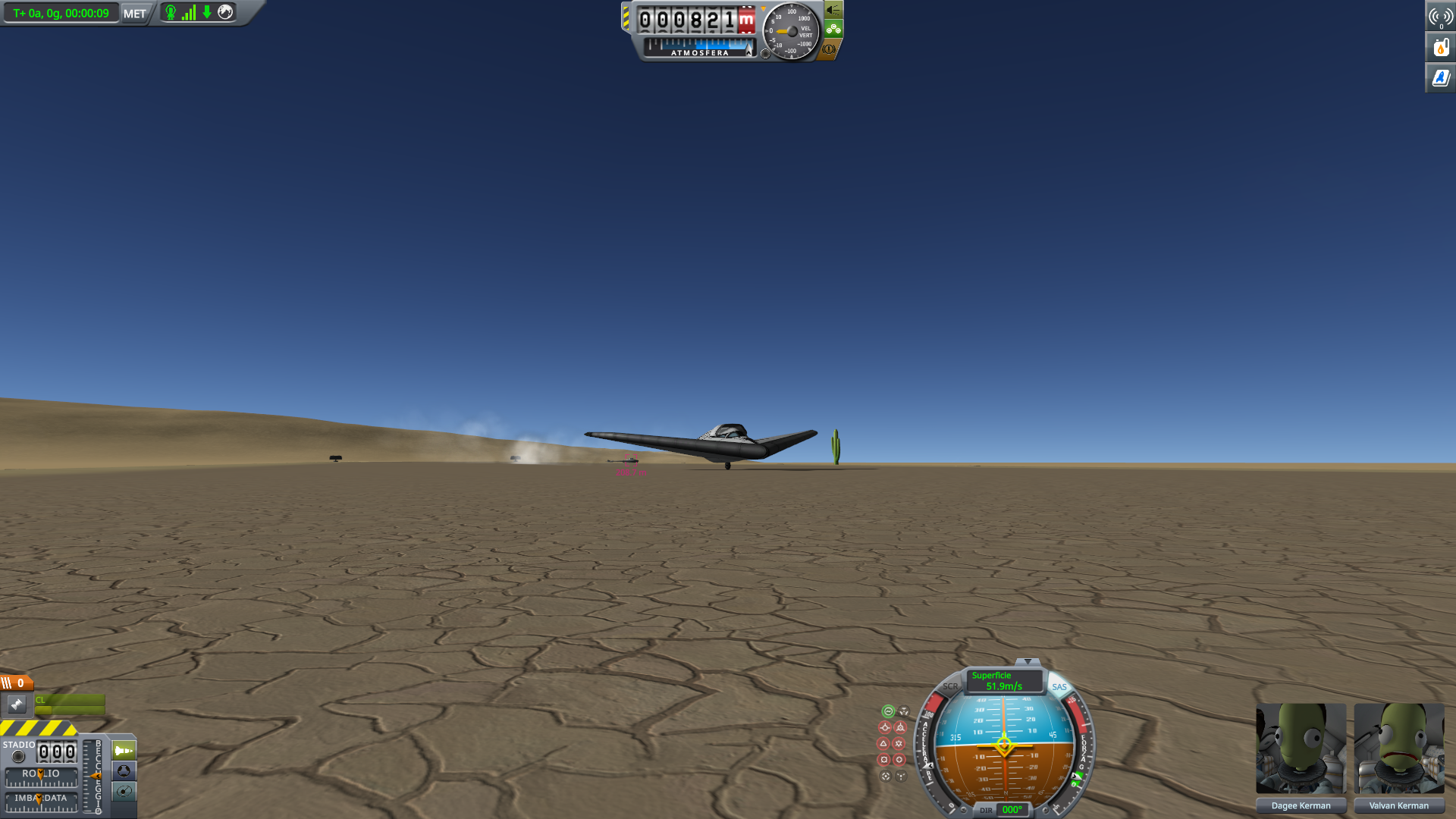