Or find other craft;
- made by Klapaucius
- that are also pure stock
- that have a similar part count
Hangars that contain this craft
Some things | Atmospheric Fliers 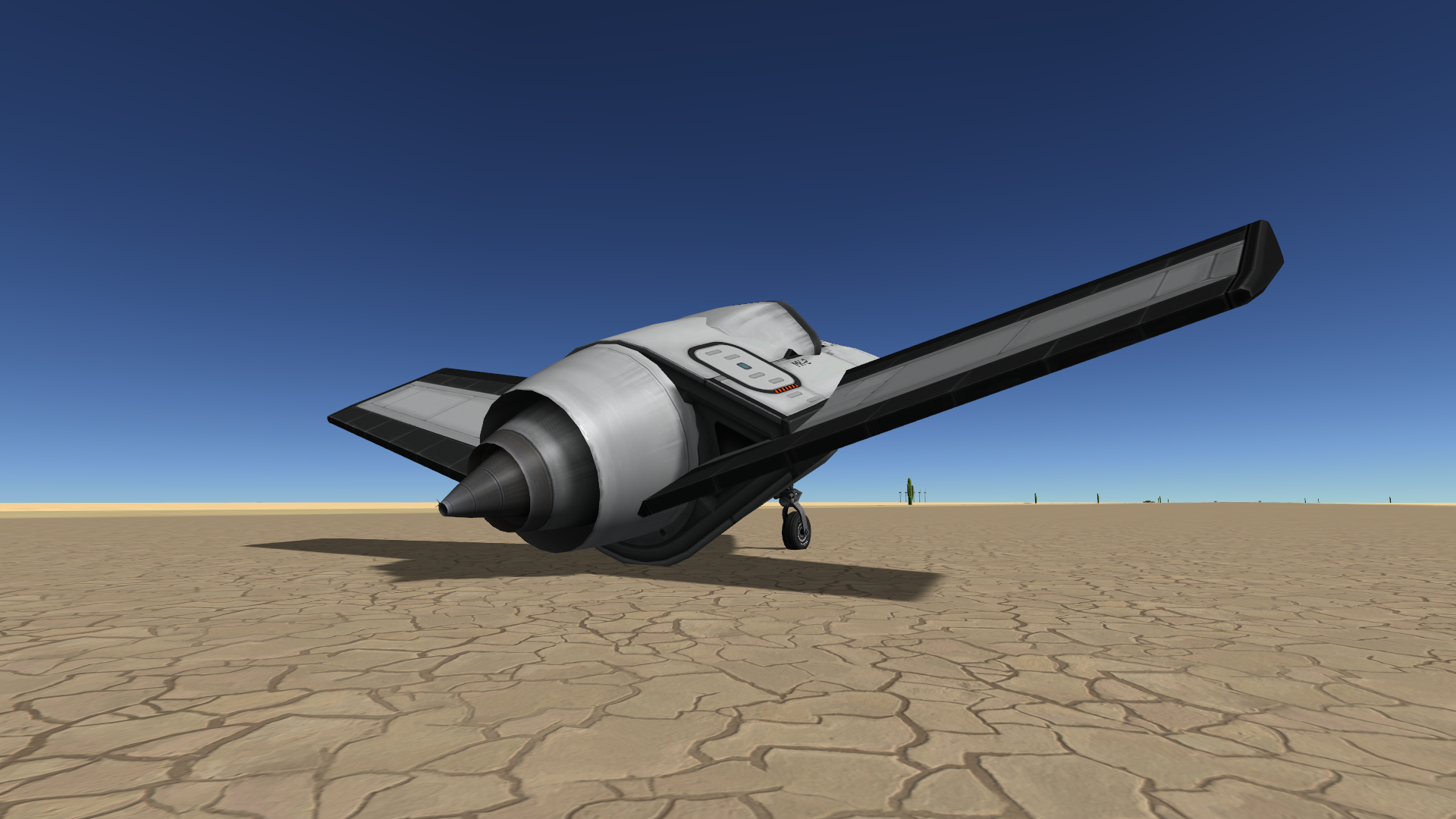 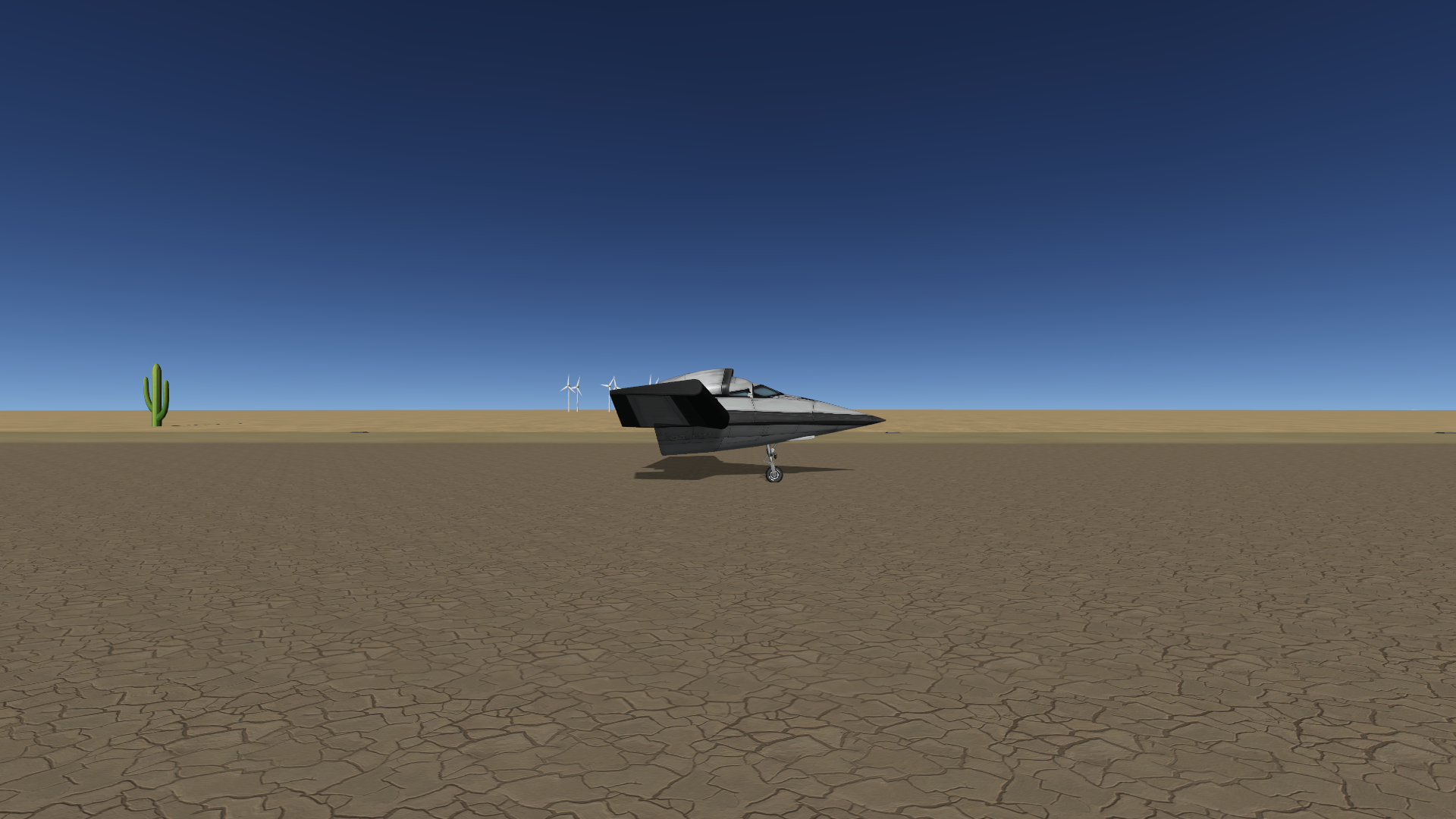 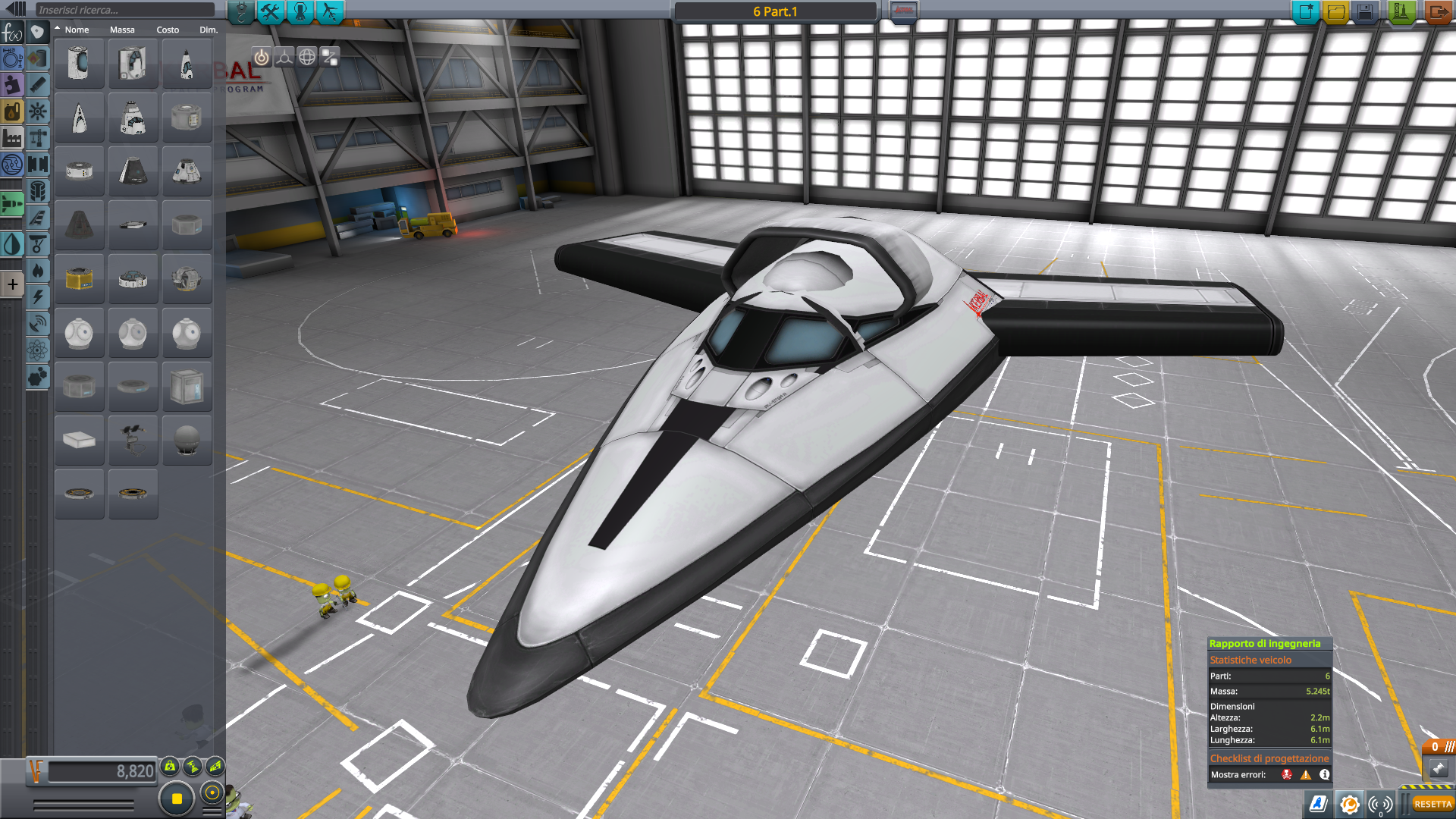 Named after the 1958 Plymouth Fury that came alive and killed people in Stephen King’s novel, Christine is a lively and often lethal aircraft. Made with only 6 parts, it is a bean counter’s fantasy aircraft.

It can be landed with skilled use of the reverse thruster (action group 1), but aerodynamic considerations have meant that all the exits are blocked, so there is no EVA out of this one.

For take off, throttle up and let the plane get up on the one wheel. Then gently nudge the flaps down to level the nose. Let it pick up speed and carefully nudge the flaps up. She flies not too badly (not too well either), but landing will take a lot of skill. You could add a parachute and some more wheels but that would really go against the spirit of it all. 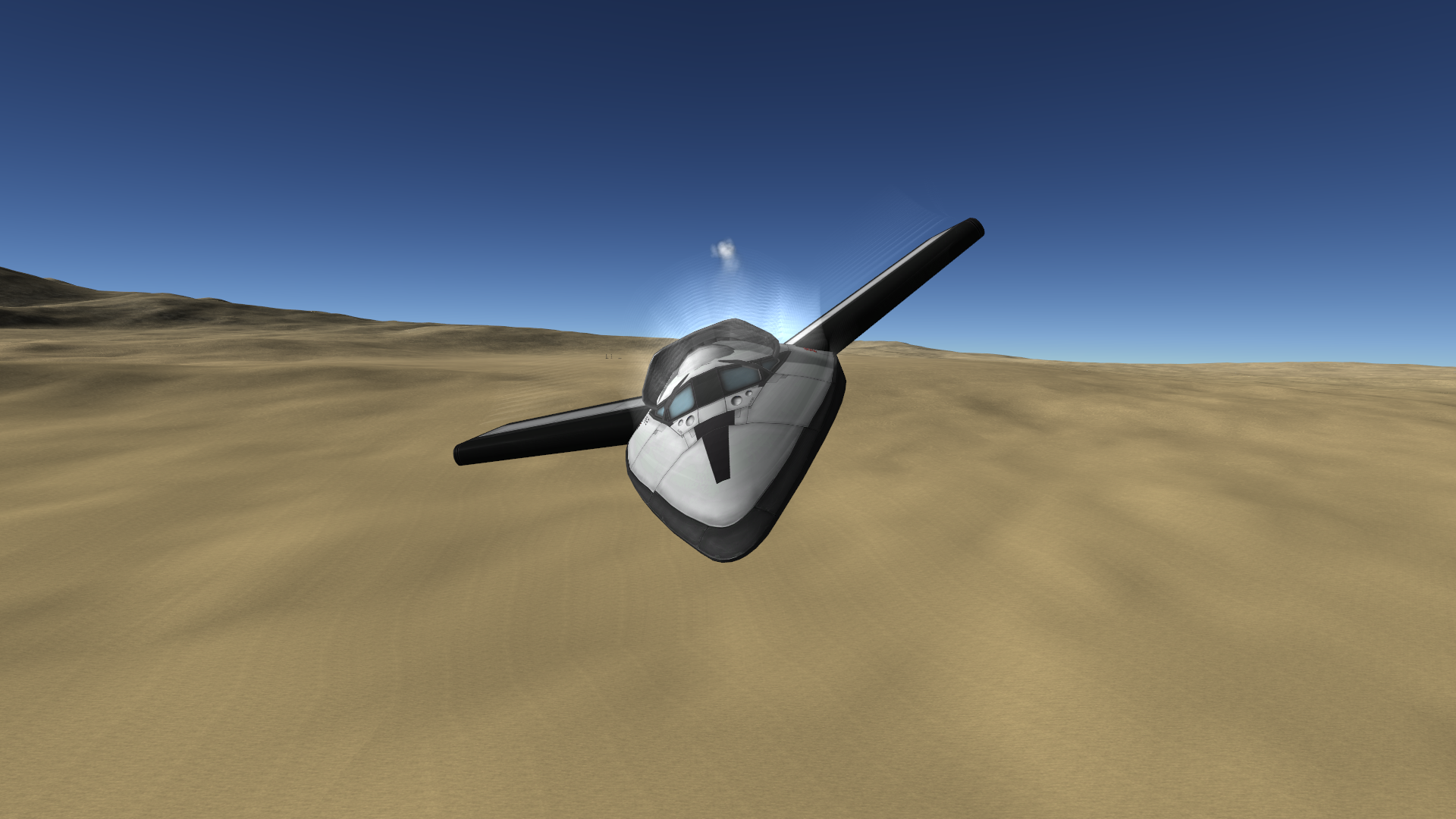 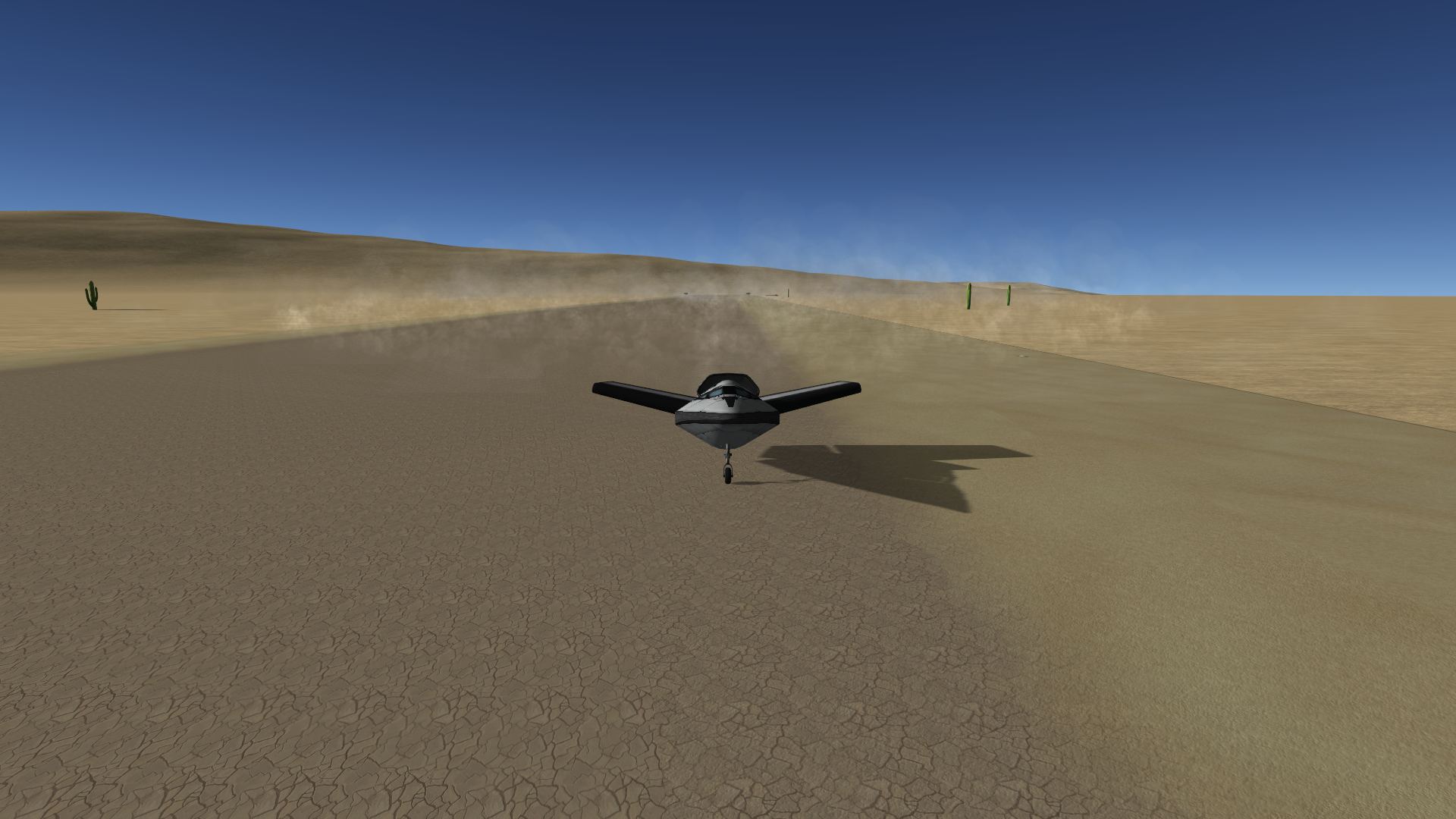 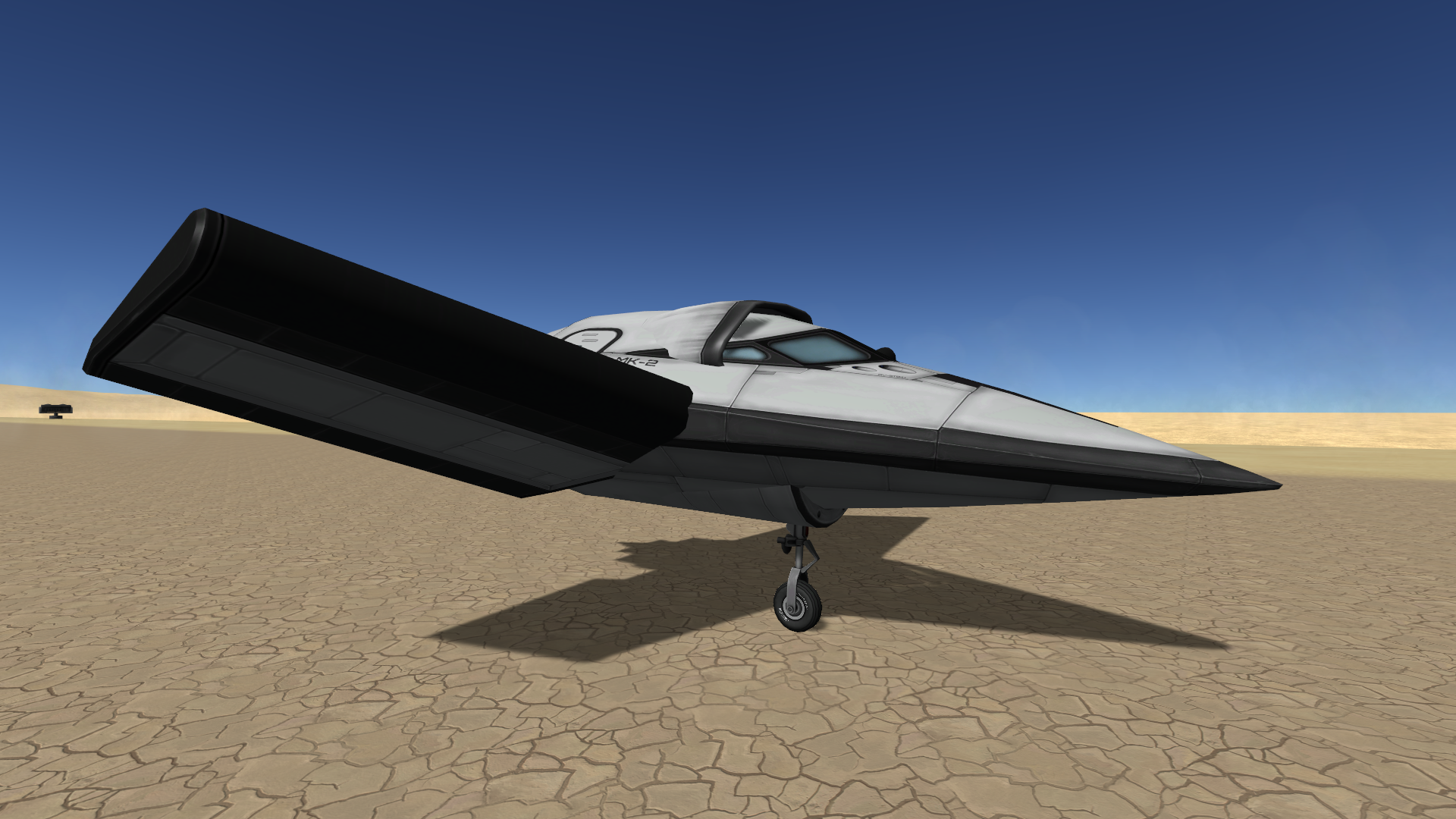