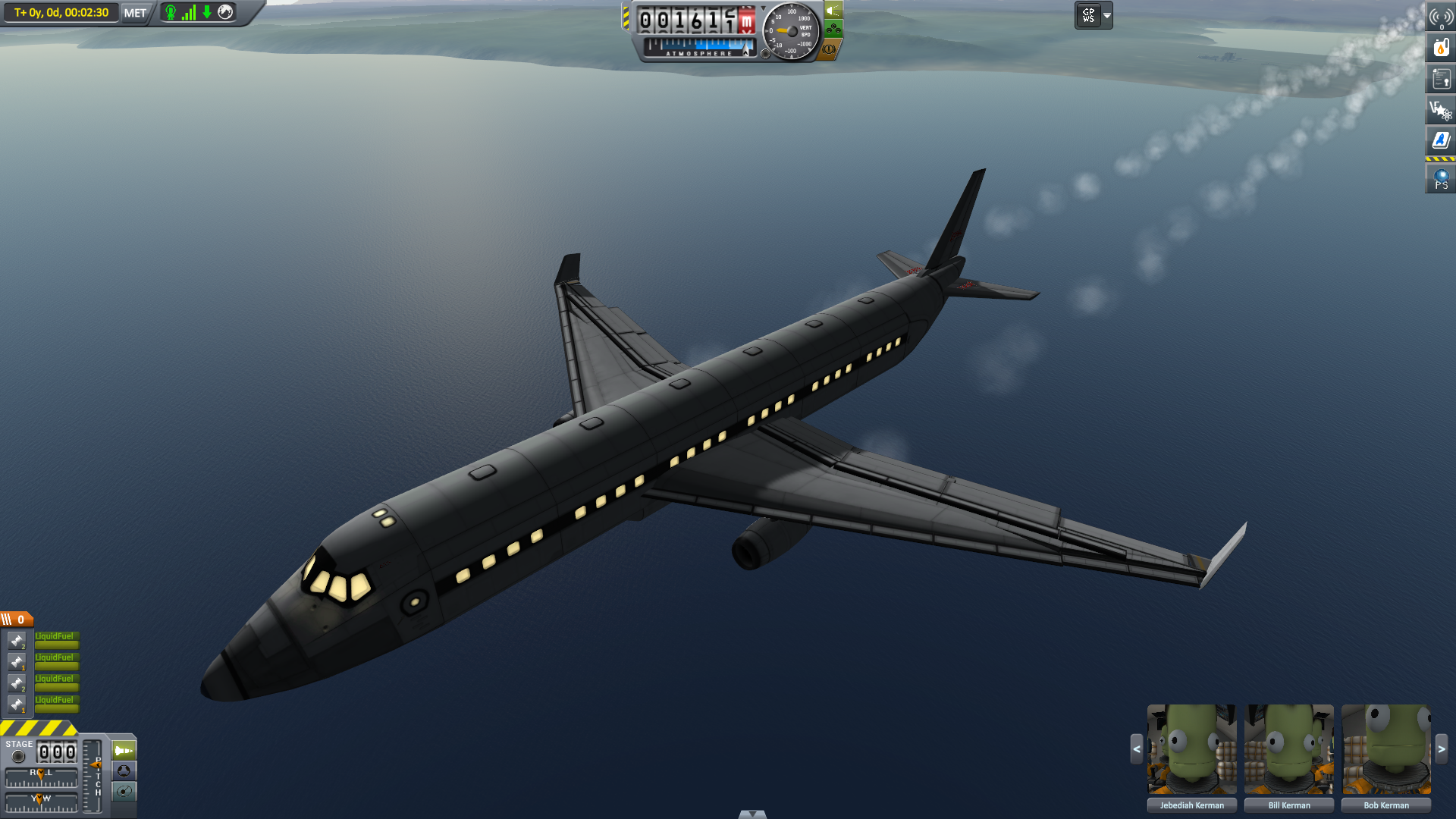 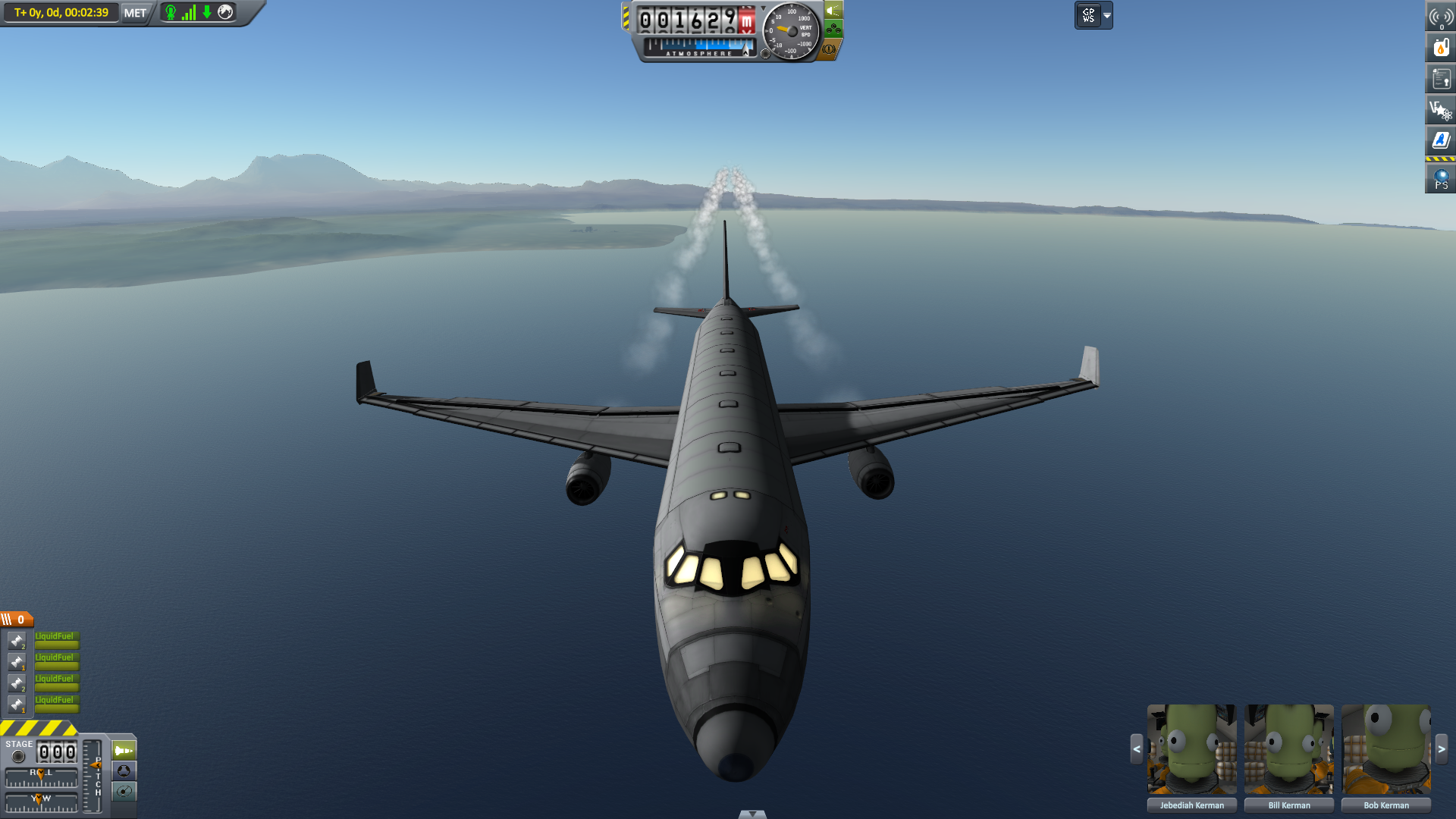 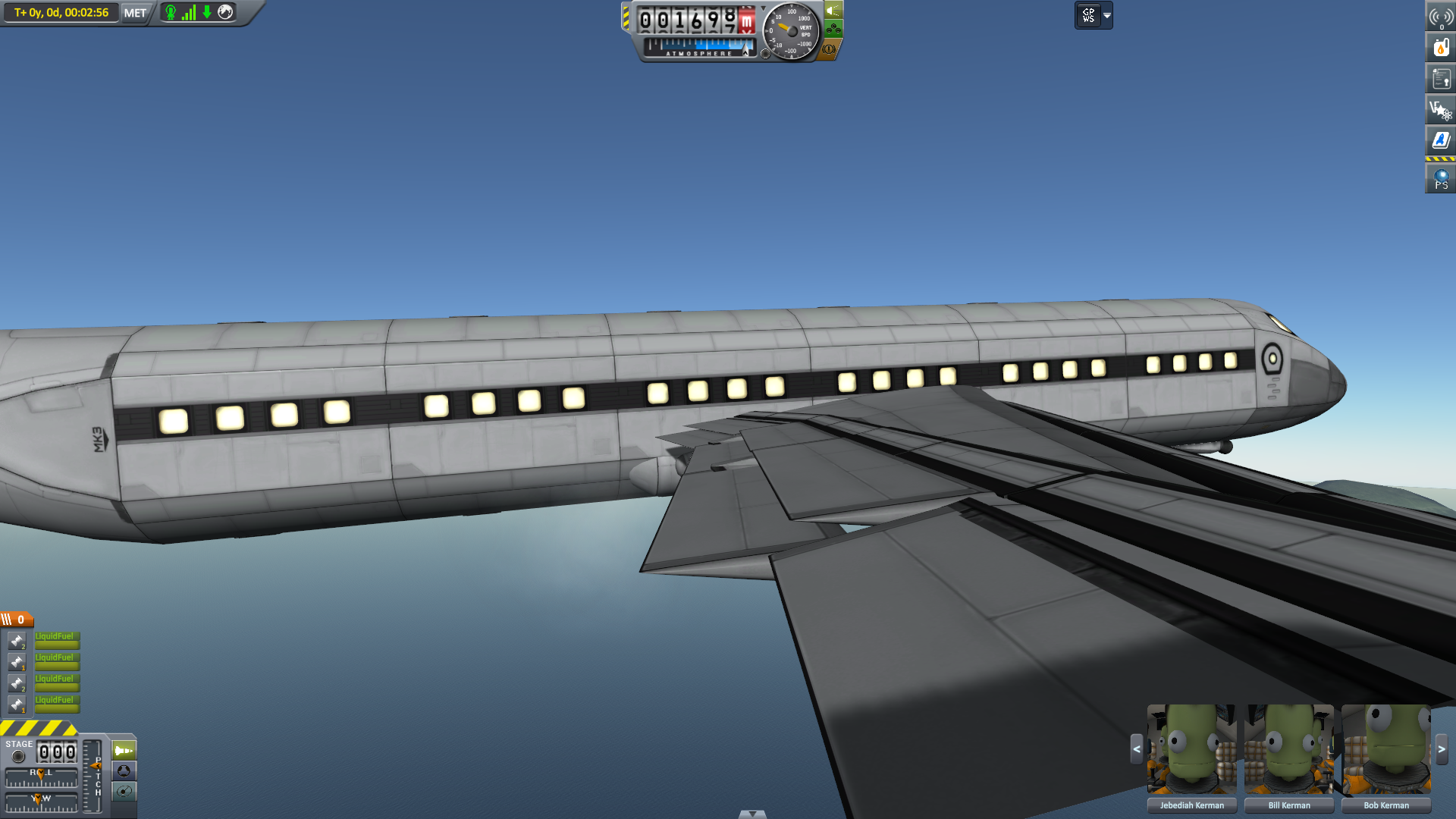 Seen as the airbus attempt to compete with the widespread 737, the Airbus A310 is perfect for small haul flights or economic longer haul flights owing to it’s generous fuel load.

Remember to configure you plane before take-off, just like a real plane this may not take-off with improper flaps or configuration. All flaps and slats are deployed by default and then must be set manually as desired. Craft uses fowler flap configuration, slats on the leading edge and air breaks.

For take-off: set take-off flaps (5) to deployed, set slats to deployed during roll-out (8) and set landing flaps to retracted (6).

A stock aircraft called Airbus A310. Built with 128 of the finest parts, its root part is mk3Cockpit.Shuttle. 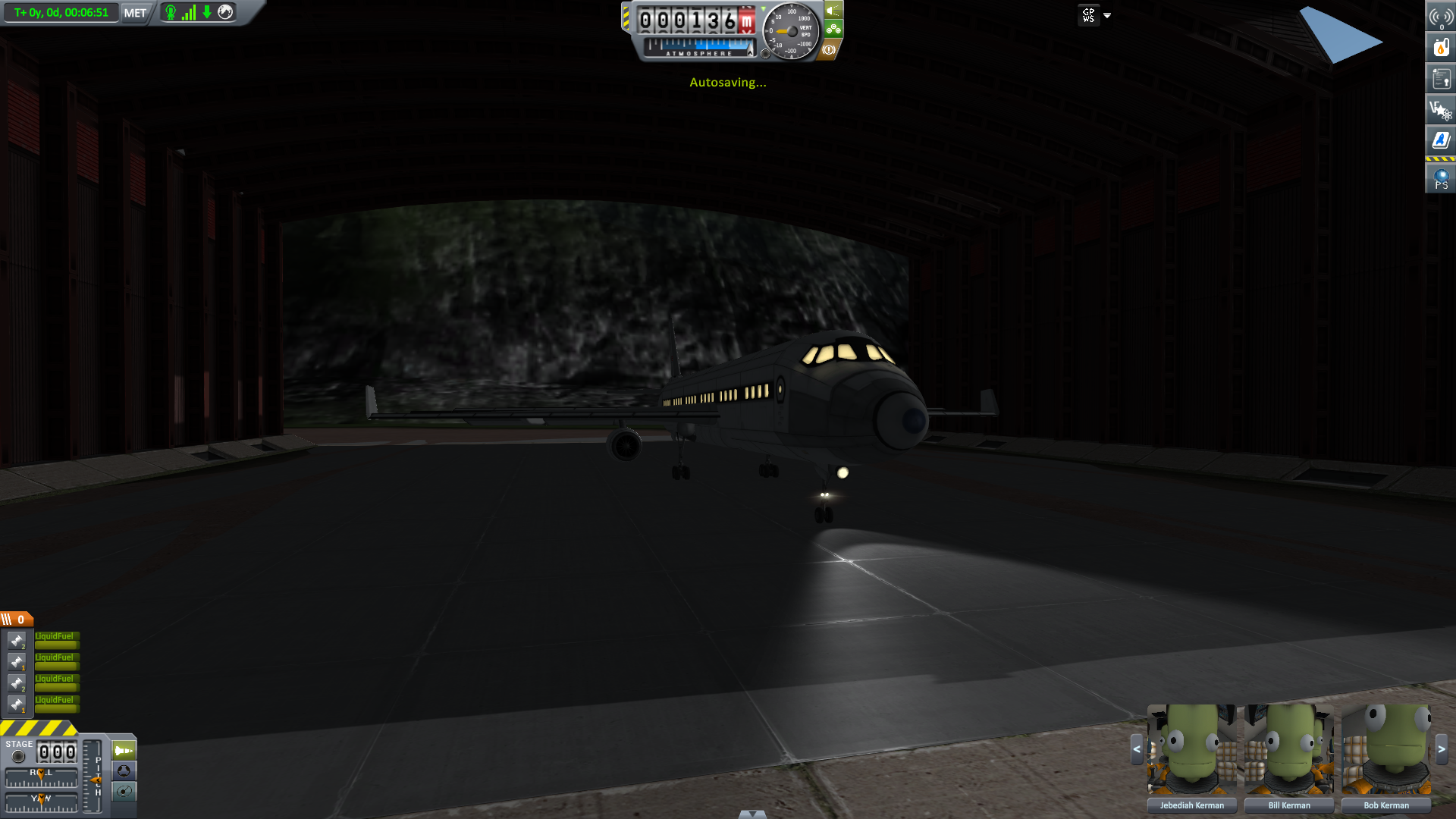 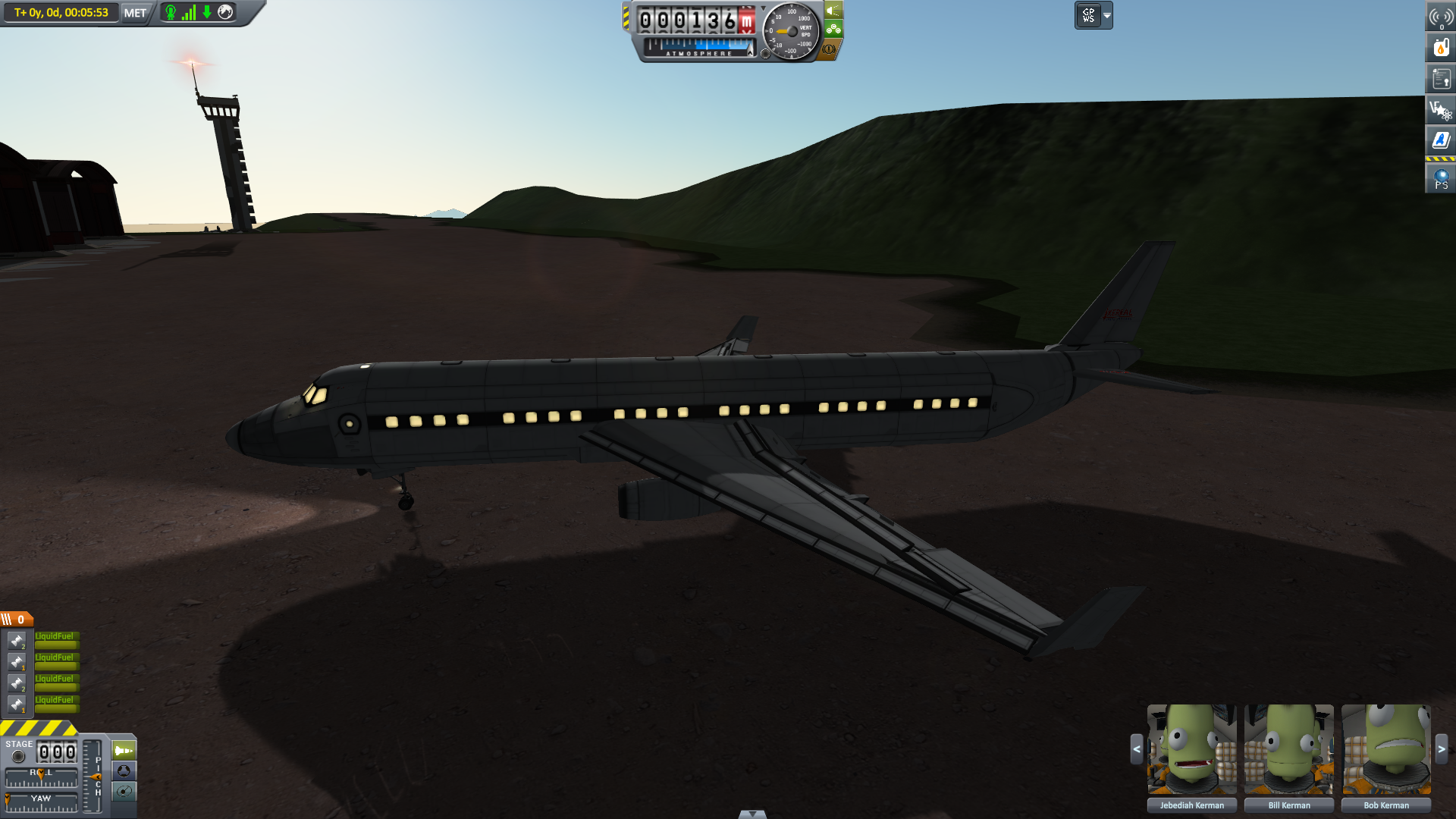 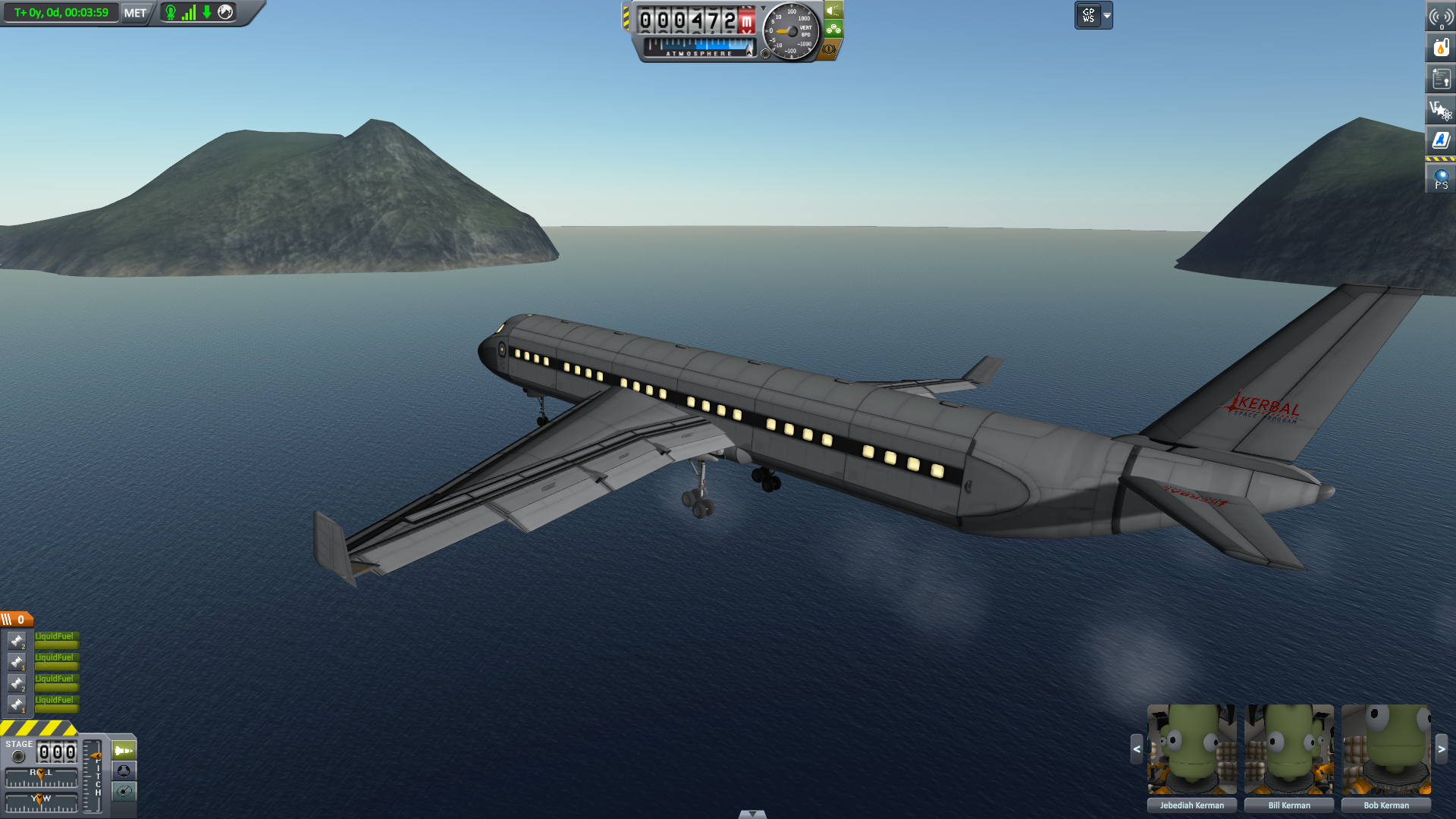