try not to crash it
Note: this was made in KSP v1.4.1 - It may not function as intended in KSP 1.9.1
This craft has been added to your downloads queue. Use the KX Mod to fetch it when you are next in KSP. Enable deferred downloads to make this the default way to download.
Download craft with the KerbalX Mod
how to install
re-download

Or find other craft;
- made by JimmyR
- that are also pure stock
- that have a similar part count
Hangars that contain this craft
Stock turboshaft engines, airplanes and helicopters. 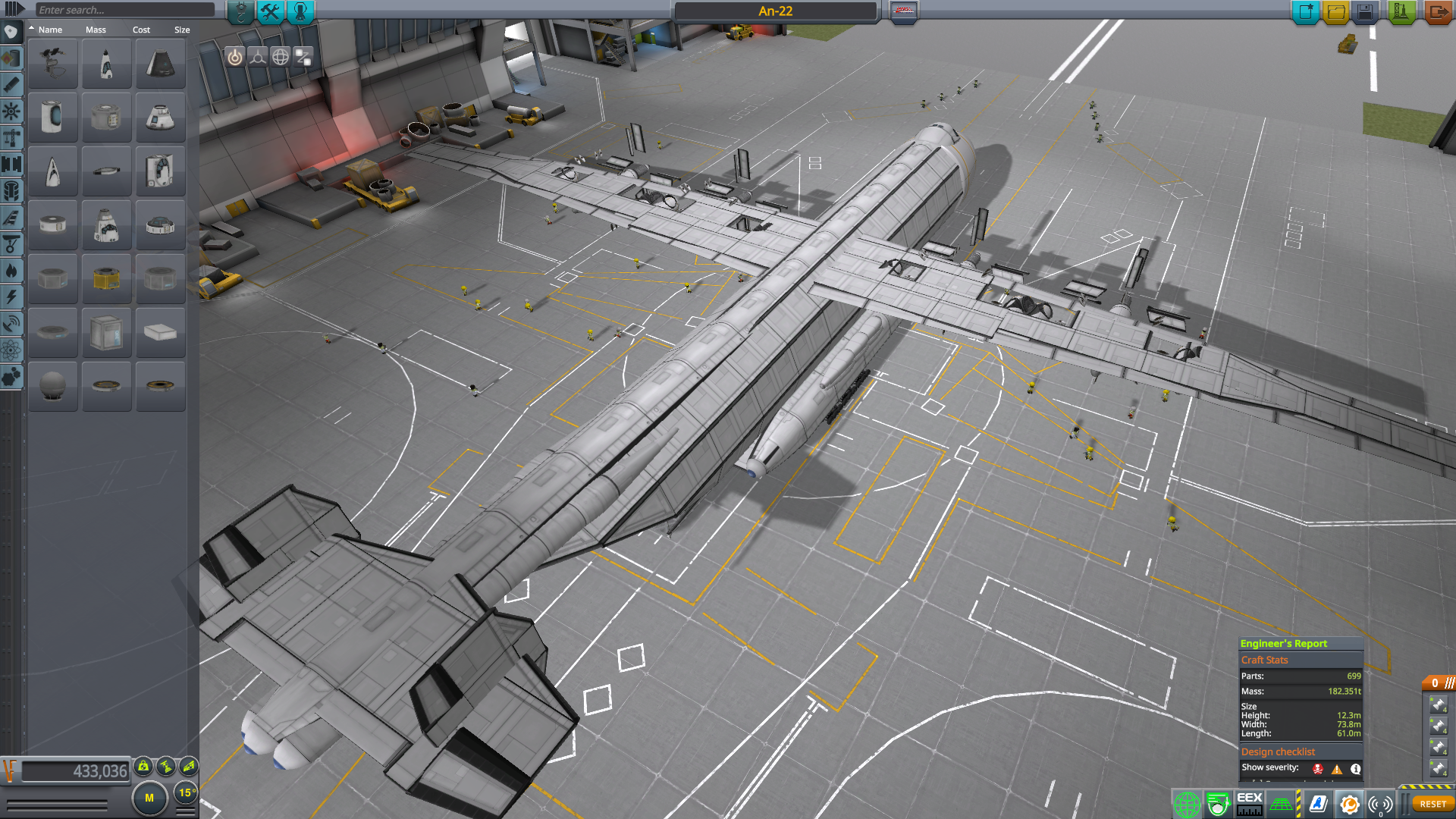 From Wiki: The Antonov An-22 Antei (NATO reporting name Cock) is a heavy military transport aircraft designed by the Antonov Design Bureau in the Soviet Union. Powered by four turboprop engines each driving a pair of contra-rotating propellers, the design was the first Soviet wide-body aircraft and remains the world’s largest turboprop-powered aircraft to date. The An-22 first appeared publicly outside the Soviet Union at the 1965 Paris Air Show. Since then, the model has seen extensive use in major military and humanitarian airlifts for the Soviet Union.

The Cruise speed on this plane is 125m/s with a range of 700km. Top speed is 140m/s. It only needs about ½ the runway length to take off and is capable of landing in relatively tight spaces as well. Use action groups 5 & 6 to position the aircraft for loading and make sure you load any cargo before decoupling the props. Maximum payload capacity is 120 tons for a maximum take-off weight of 300 tons.

Updated for 1.4.1: New engine bearings with smoother operation, although you may experience engine failure if flown with emergency power on for extended periods. I suggest using it only for takeoff because it only gives you a 15m/s higher top speed but triples fuel consumption. Part count has increased by 7%.

A stock aircraft called An-22. Built with 747 of the finest parts, its root part is mk3Cockpit.Shuttle.