try not to crash it
Note: this was made in KSP v1.4.3 - It may not function as intended in KSP 1.10.1
download ckan meta-file
This craft has been added to your downloads queue. Use the KX Mod to fetch it when you are next in KSP. Enable deferred downloads to make this the default way to download.
Download craft with the KerbalX Mod
how to install
re-download

Or find other craft;
- made by JWOC
- that use the same mods | that are compatable | with similar mods
- that have a similar part count
Hangars that contain this craft
Dev's Pick | KEI ( Kerbin exploration initiative) architecture | Naval craft | new stuff 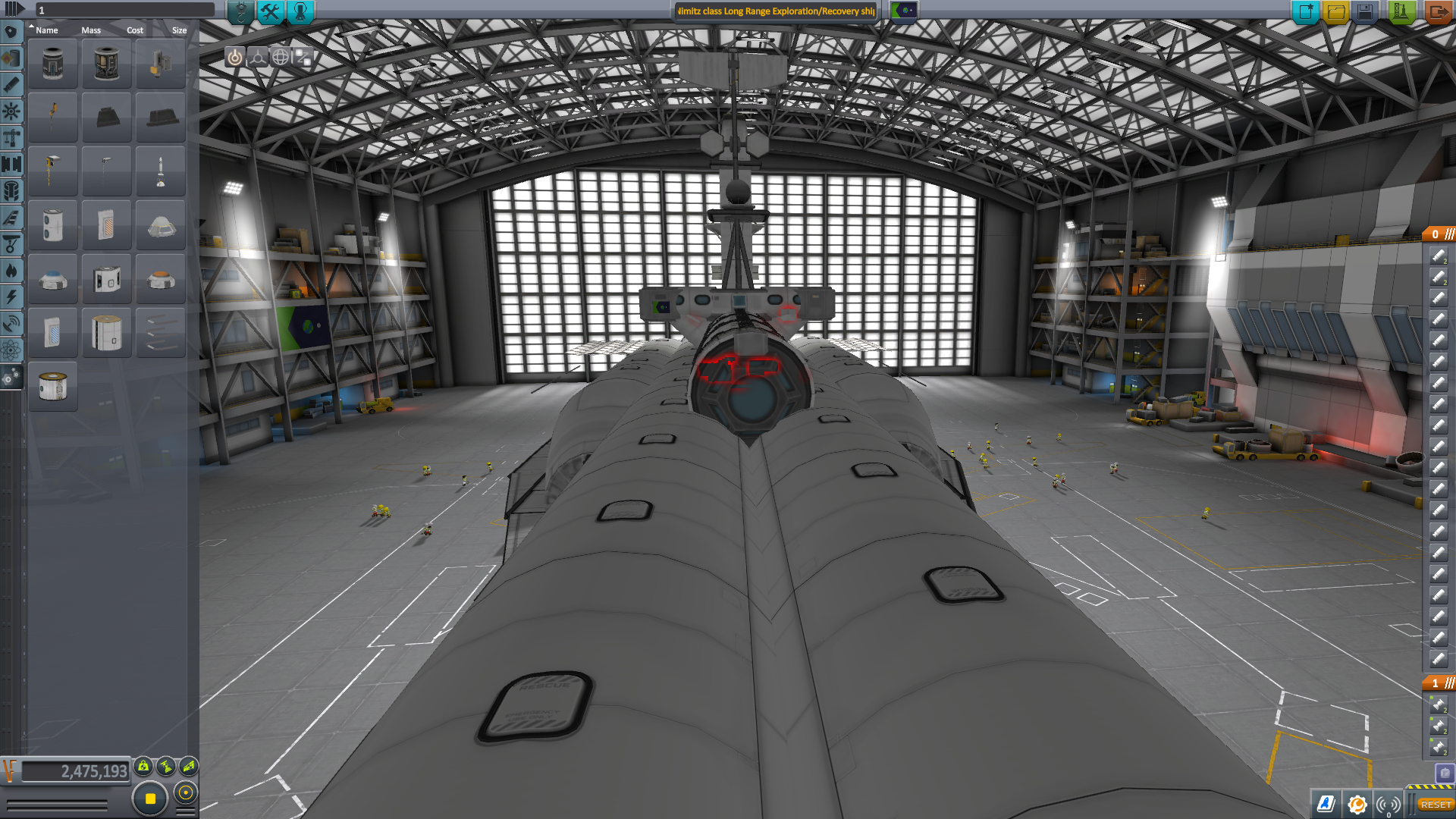 It has a Hangar, flight deck, Well deck, mission bay(flex deck), 2 Small Boat launch Compartments, and an ROV launch Compartment, Its multiple Science Labs allow it to process large amounts of of data gathered from experiments and exploration of the coast and other terrain around the ship. It can also be equipped with 2 ROVs and or a UAV if needed. in addition to the twp ROVs and or UAV/ it can also be equipped with a MK-1 jet ski in addition to or 1 or both of the RHIBs. It can also accommodate 2 ATSVs made by raptor9 or other ground vehicles such as the ER or MIR series of rovers also made by raptor9 that can fit in the ATSV’s spot in the Flex Deck. When configured with the Capsule Recovery Cradle, it will be able to recover capsules that have landed in the ocean. It can recover the capsule by itself, with the capsule recover cradle or with the assistance of Orca or Crippen class Tracking/Recovery Ships or the Collins Class Tracking ships. It can sustain full 24 hour Flight operations and Amphibious landings due to its illuminated flight deck and well deck.The Flex deck allows the ship to carry many different things at one time instead of returning to port whenever they need to change things out. The capsule recovery cradle subassembly can be mounted between the docking ports installed in the flex deck. The well deck can accommodate an LVCP Mk1 or LCVP Mk2 Landing Craft. The ship has a ramp leading from the flex deck to the well deck to allow for vehicles to drive down into the well deck and drive onto a landing craft that is mounted on a docking port or in the case of the amphibious exploration vehicle it can drive straight into the water and then drive straight to the beach. It can also carry 2 of the MCR, MPC-L, MPC, or SRTG utility rovers or any of the Surface Base modules (SBM) by Raptor9. its large helicopter deck was designed orginally to launch multiple K-29B VTOLs but its large size allows it to land and launch Azimech’s Sealene helicopter and any of his carrier VTOL jets, Raptor9’s C7 - 140 & 142 series VTOLs are also compatible

Built in the SPH in KSP version 1.2

the ship is designed for use with these craft, but it doesn’t come with these vehicles when you download it to save parts.

If you like what you downloaded, and want to share feedback, screenshots, viedeos or stories of success, glory, or failure, feel free to comment below and also comment in my craft catalog thread Dawn Industries and Technolgies - JWIOC