try not to crash it
Note: this was made in KSP v1.2.0 - It may not function as intended in KSP 1.10.1
This craft has been added to your downloads queue. Use the KX Mod to fetch it when you are next in KSP. Enable deferred downloads to make this the default way to download.
Download craft with the KerbalX Mod
how to install
re-download

Or find other craft;
- made by JWOC
- that are also pure stock
- that have a similar part count
Hangars that contain this craft
VAB craft 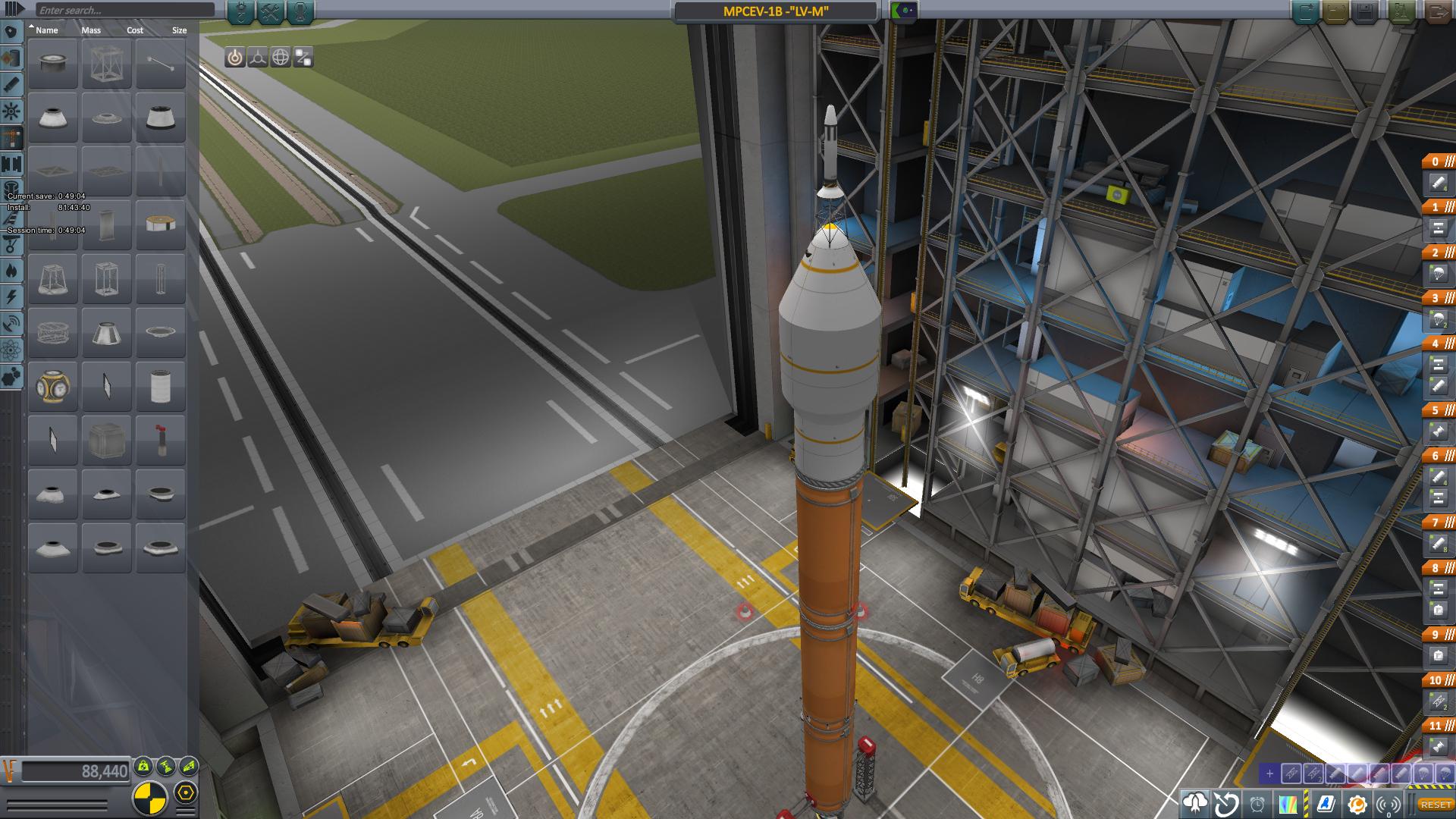 The crew vehicle intended to support spaceflight in low Kerbin orbit, missions to the Mun or Minmus, or even expeditions to Duna. It’s fitted with an integrated probe core for autonomous operations, an advanced RCS control system, and an integrated power & propulsion package (IPP). While the IPP’s LV-T45 engine doesn’t have the efficiency of the RE-L10 of the A-model EV-2, it was fitted for mission flexibility rather than long-distance propulsion.

A stock rocket called MPCEV-1B -LV-M. Built with 163 of the finest parts, its root part is Mark1-2Pod.

If you like what you downloaded, and want to share feedback, screenshots, viedeos or stories of success, glory, or failure, feel free to comment below and also comment in my craft catalog thread Dawn Industries and Technolgies - JWIOC