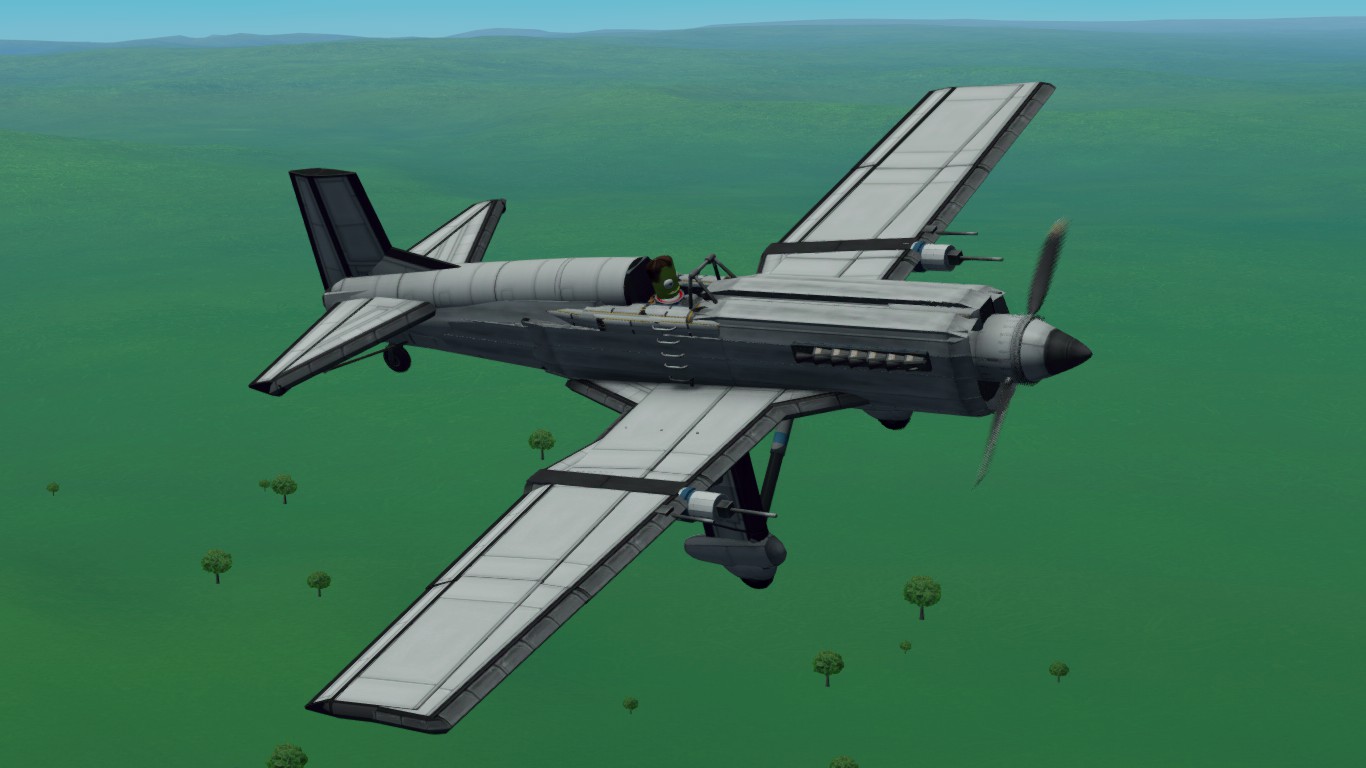 The VF-4 Faucon was the premier anti-pirate/fighter of the Vallian Air Force (VAF) during the pre-war era and the Great War. The Faucon’s development stemmed from an urgent requirement in April 1928 to replace the VAF’s inventory of aging pioneer-era aircraft sent by the Royal Isles during 1914 and 1915 (types included the Vosper and Flea). As Valland had never developed a pursuit aircraft prior and was behind most other Arbonean nations, the new Vallian Aircraft Committee looked at license producing then modifying an already existing foreign design.
.
The aircraft chosen was the Imperoan R-32 racer. The first three types (VF-1,2,3) developed by the Vallian Aircraft Commitee were almost direct copies of the R-32. The only differences being that they were given landing gear for land use and were equipped with two machine guns mounted under the wings (or cannons depending on the model). These were unsuited as pursuit aircraft since the guns were poorly mounted reducing accuracy and were susceptible to jamming. As the aircraft was also originally a racer, the VFs 1-3 had fragile cooling systems and extremely poor fuel economy.
.
To fix all the issues, the basic design of the R-32 was changed drastically and was designated the VF-4 Faucon. To include more domestically produced parts, the type was re-engined with a (slightly larger) 900hp Fumée Mk IV V-12 engine. The fuselage was reworked as well as the fragile cooling system. To reduce costs the type had non-retracting landing gear. The contra-prop was also removed for ease of maintenance. The type was also given 4x 13mm machine guns in the wings. While the resulting aircraft was slower than the R-32 (490km/h ASL opposed to 595km/h), but climbed, had better high altitude performance and turned better.
.
Entering service in late 1931, the VF-4 Faucon replaced the VAF’s aging and poorly equipped inventory. The VF-4 was certainly more advanced than any other Vallian aircraft but had some (already) obsolescent design features like the non-retracting landing gear and open cockpit. Nevertheless, the type was more than a match against sky pirates and helped greatly increase the safety of Valland’s skies. In spite of this improved safety, a rogue sky pirate using a stolen VF-4 had shot down a Royal Bavarian airship killing King Tobias III. As the aircraft used had VAF markings, the Kingdom of Bavaria declared war on Valland - this started the Great War.
.
The Kingdom of Bavaria declared war on August 1939 thus starting the Battle of Valland. Several squadrons of Bavarian aircraft breached Vallian skies and bombed Valland’s capital, Viro. Faucons were scrambled to intercept the invading force but as Vallian pilots would soon find out - the VF-4 was no match for the Bavarian DS-10 Albe. The Battle of Valland was a slaughter as the DS-10 could outdo the Faucon in almost every single aspect except low-speed handling. The Bavarian Air Force achieved an extremely one-sided victory with an average 20:1 kill ratio. Remaining VF-4s were utilized by the Bavarian Air Force as trainers until 1943 or in propaganda to boost Bavarian Morale.