Or find other craft;
- made by HolidayTheLeek
- that are also pure stock
- that have a similar part count
Hangars that contain this craft
Minute to Midnight | Fictional Warfighters 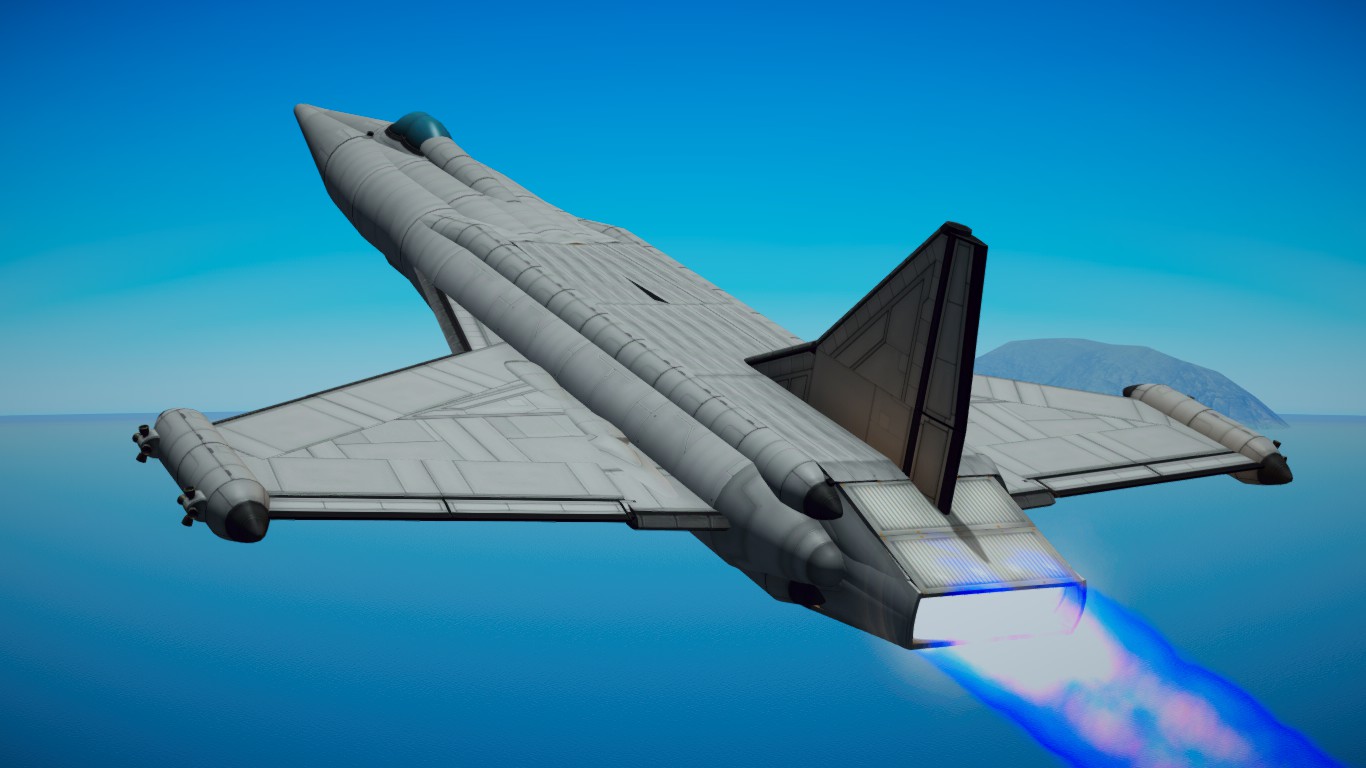 Minute to Midnight isn’t gone yet :) I still have a few more planes to post
.
As early as the late 2070s and early 2080s, it became evident that SSTO technology was now possible. Falling behind other world powers, the Holidian Government invested in SSTO development. Uncle Carlos Aerospace and Kujira Industries were tasked to develop the new spaceplane. Unlike most SSTOs of era which relied on a combination of rockets and jet engines, the proposed SSTO used a singular aerospike rocket which, lowered the maintenance and cost of the aircraft. The UCA-412 - the tech demonstrator was completed in 2086. The aircraft flew well and showed promise despite being unable to leave the atmosphere. Unfortunately, with the Second Korean War breaking out in 2097, fighter development was prioritised and the Holidian SSTO program was scrapped.
.
On June 12th, 2114 an asteroid 1.6km in diamater had struck the Earth 240km off the coast of the Netherlands. The resulting tsunami decimated nearby coastlines. The event was the singlemost catastrophic natural disaster in history. With nations working together to research the long-term effects of the incident, the SSTO program was restarted. By 2123, development of the spacecraft slowed down to a crawl with Kujira backing out of the project. Government funding was also wearing thin with issues within the country. The SSTO project would again be stopped prematurely with the collapse of the Holidian Empire in 2130. For the first time since the early 1950s, Uncle Carlos Aerospace returned to Australia, which was home to one of the largest spaceports in the world. Finally, in 2134, the UCA-505 was completed and entered service the following year.
.
The UCA-505 was much smaller than contemporary SSTO designs. The small size and powerful engine made it both easier to fly and popular with ex-fighter pilots. The UCA-505 cost less than half the money to maintain than contemporary multi-engine sstos. The only drawback of the design was the small payload capacity. The UCA-505 proved to be successful and was adopted worldwide - especially in lesser developed countries. The UCA-505 also had a passenger variant and would be used to ferry people in and out of the Yggdrasil World Station. 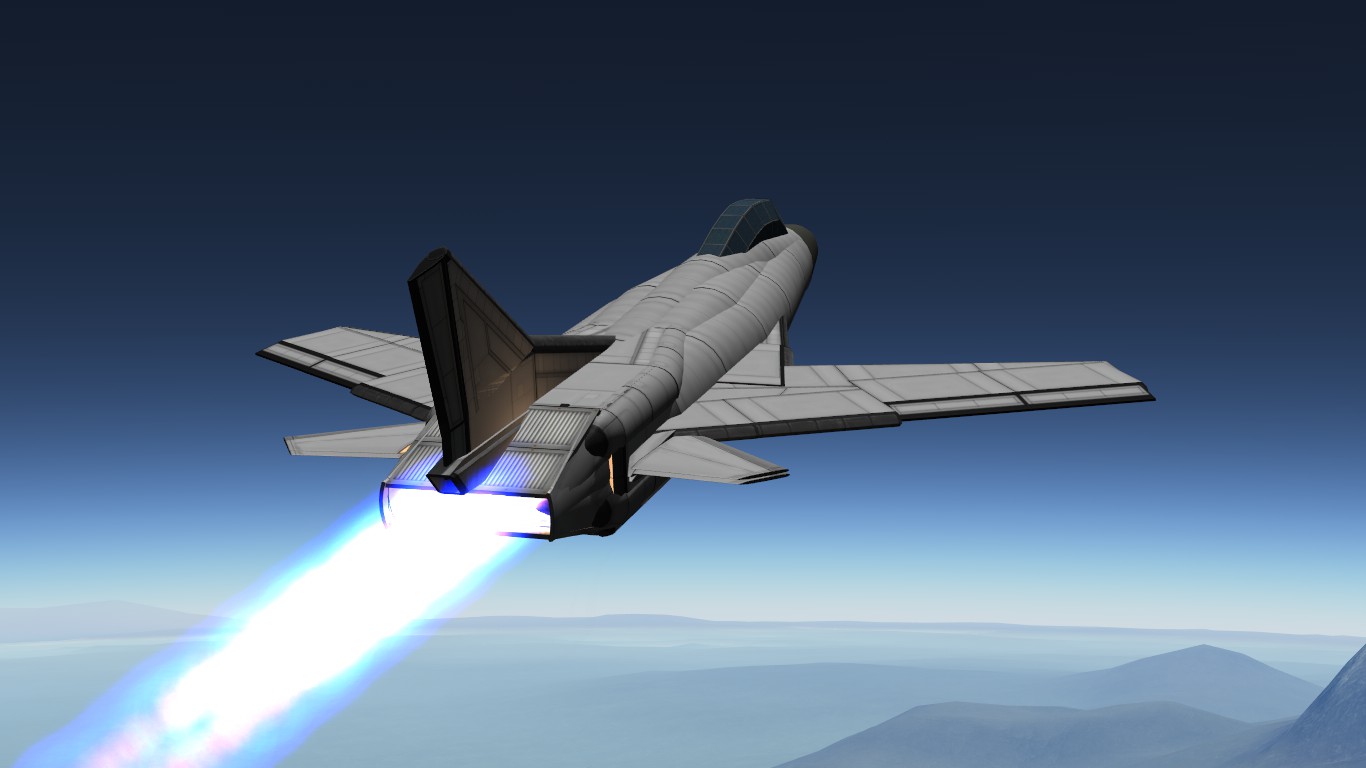 The UCA-412 ‘Aerospike Tech Demonstrator’, the precursor of the UCA-505

3) When the aircraft’s acceleration slows down, press 3 to activate rocket mode on the rapiers.

5) Once Apoapsis is above 70km, switch to action group 4 and circularise the orbit.

This aircraft is very draggy due to the nature of how it was built. It has an absurd amount of engines clipped inside to get it to function the way it does. Fly as straight as possible to avoid spinning out :)