try not to crash it
Note: this was made in KSP v1.12.3 - It may not function as intended in KSP 1.12.4
This craft has been added to your downloads queue. Use the KX Mod to fetch it when you are next in KSP. Enable deferred downloads to make this the default way to download.
Download craft with the KerbalX Mod
how to install
re-download 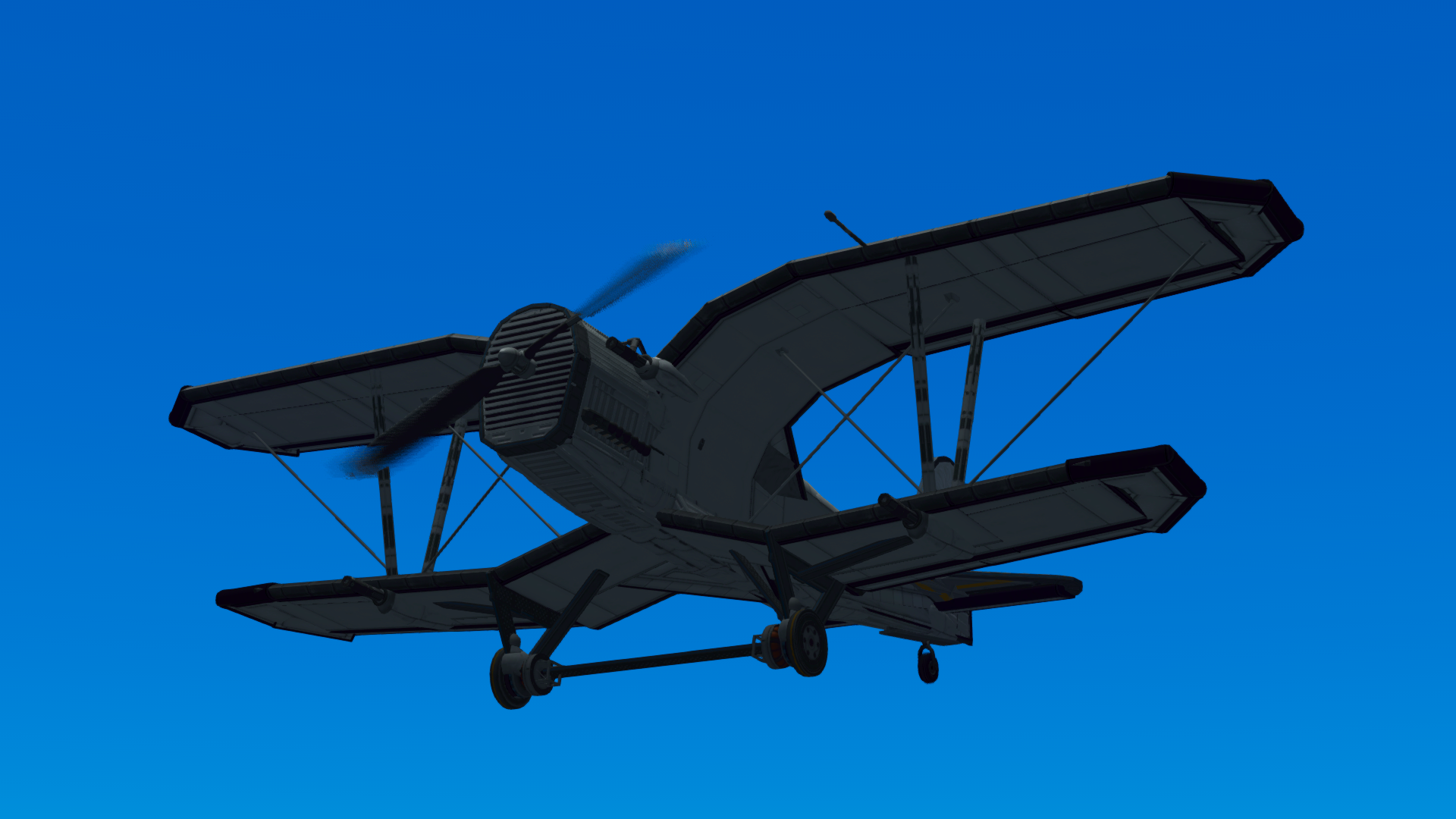 .
The Sparrow P Mk VI - part of the Sparrow series of aircraft derived from the S4 Spotter - was a large, heavily armed pursuit biplane developed by the Arcan Aeroplane Firm (AAF). First flying in June of 935, the aircraft entered service on the December of the same year. The Sparrow was developed in tandem with the smaller, lighter and more nimble Mk V. The increased power and larger size compared to previous aircraft allowed the Mk VI to carry heavy ordinance and serve successfully in the ground attack role.

.
The Sparrow Series of aircraft began as a single seat modification of the S4 Spotter in early 933 as a lighter, cheaper alternative to the S4 spotter. Removing the rear seat and shortening the fuselage severely lightened the airframe, which in turn boosted the performance of an aircraft with already docile flight characteristics. In reconnaissance duties, compared to the S4 Spotter, early Sparrows were far less susceptible to anti-air due to increased speed and maneuverability.
.
By 934, Continental Forces attempted to counter Troscan aerial reconnaissance by deploying captured aircraft as ‘pursuit’ aircraft, crudely modifying them with forward-facing machine guns and armoured propellers so that pilots would not immediately destroy the propeller upon firing the guns. Despite this however, the crude setup often meant this was not the case. These modified aircraft saw limited success, downing a few Troscan spotter planes. The Troscan Army took note of these fledgling pursuit aircraft and attached machine guns to their own Sparrow aircraft. The guns on these aircraft were instead mounted on the top wing of the biplane as to shoot around the propeller - as the Sparrow became a purpose-built pursuit plane, the guns were synchronized with a synchronization gear invented by the Arcan Aeroplane Firm.
.
The Mks I-IV of the Sparrow were little more than incremental improvements in the same basic design - both the Mk V and VI were a departure from earlier designs and were built from the ground up sharing commonality with previous versions only in name. The Mk V was a pursuit aircraft built on the emphasis of lightweight construction and agility whereas the Mk VI was designed solely around the large, 1200hp V-12 inline engine.
.
Despite its dated biplane construction, the aircraft was still capable of reaching speeds over 480km/h. Its immense power, nearly doubling that of most contemporary fighters, gave it an edge in high-speed or vertical maneuvers. The increased weight and size, however, meant it turned sluggishly in comparison to other aircraft, giving it a bad reputation amongst some pilots. Some pilots, however, took a liking to the new flight characteristics and especially enjoyed he heavy armament of four 15mm cannons (two in the nose, two in the wings) which, almost guaranteed the destruction of an enemy aircraft if the shots hit. Nevertheless, the Mk VI’s combination of size, power and armament made it well suited to the ground attack role. The sturdy biplane configuration and fabric construction allowed the Mk VI to shrug off minor damage. The simple fabric construction meant that it was also easily repairable on the battlefield.
.
By the end of the war in 937, the type was retired as it was more expensive to maintain compared to the lighter and cheaper Mk V. Additionally, the Mk VI’s high speeds were far exceeded by monoplane fighters with the same - or sometimes even less - power. The retired Mk VIs were sold off to newly-industrialised nations in the Far East, serving on both sides of the 940 Jinlong-Yulin territorial dispute.