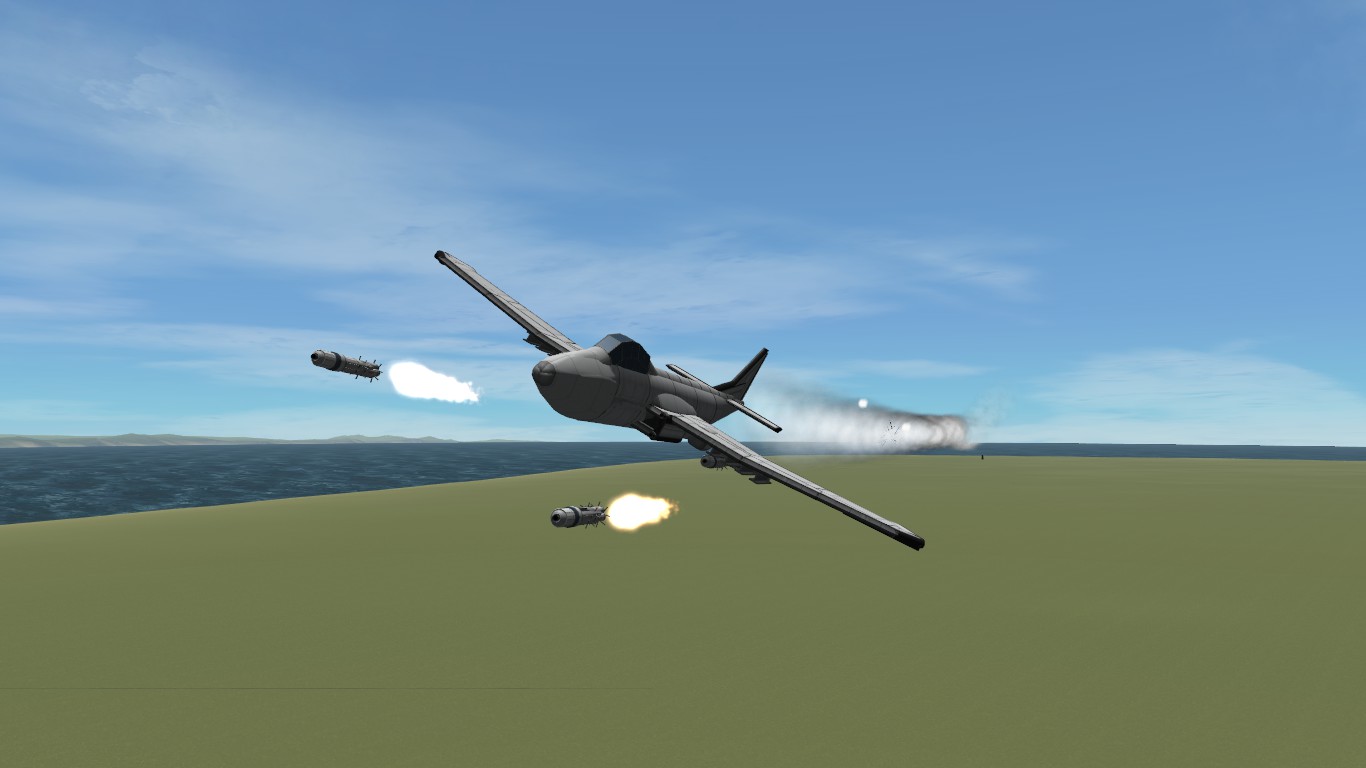 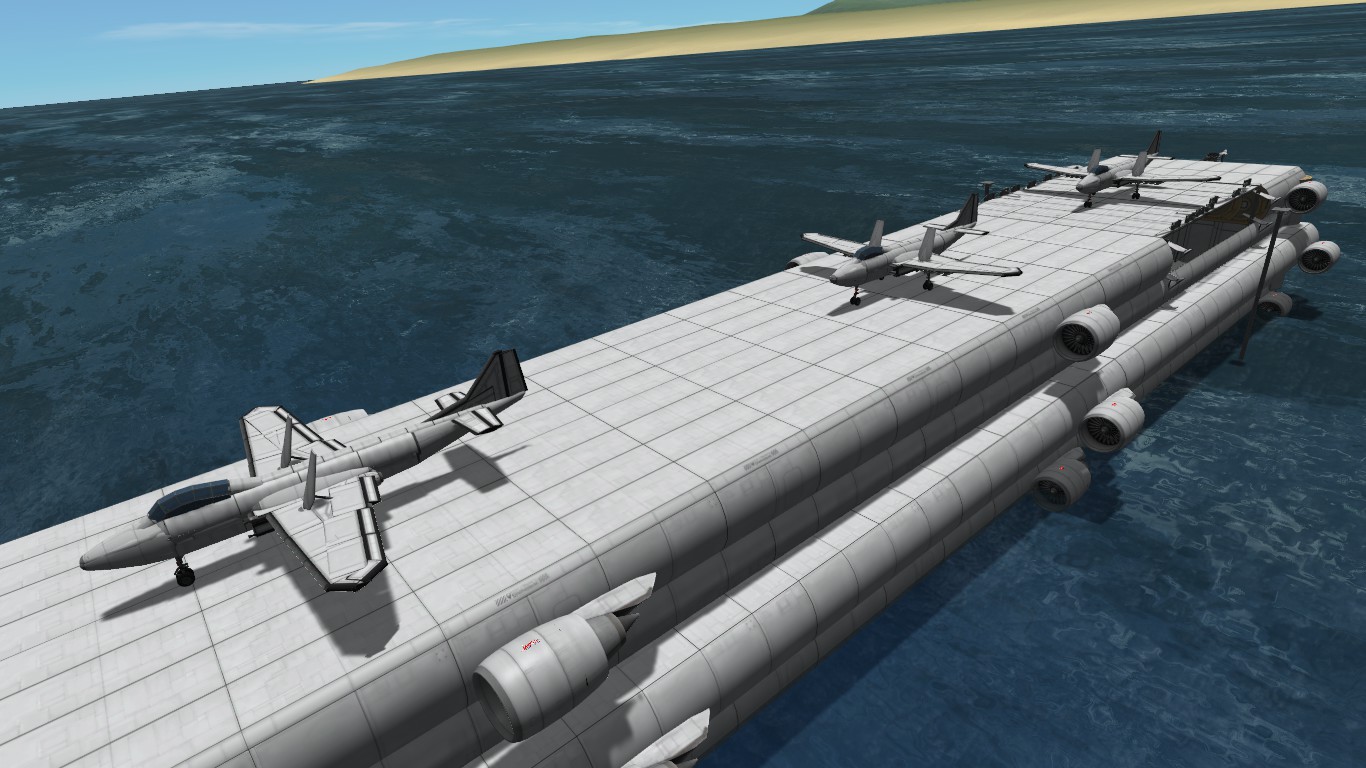 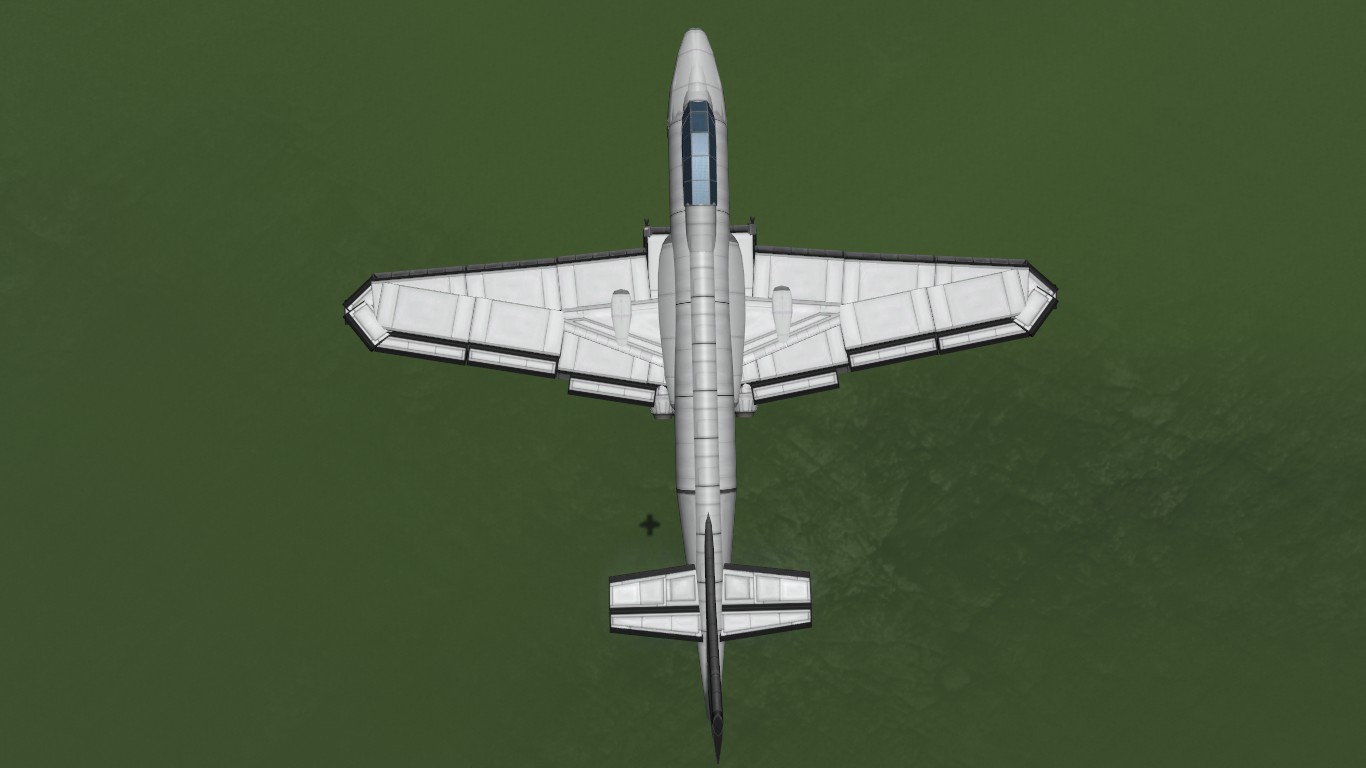 Even with Uncle Carlos Aerospace (UCA) putting the Storm Petrel into service in the early 2020s, the Holiday Air Force was still over half a century out of date. UCA developed two potential replacements: First being the Albatross fighter and the second backup fighter (if the Albatross wasn’t successful) was an upgraded version of the Storm Petrel. The resulting aircraft differed from the Storm Petrel so much that it shared almost nothing with it’s predecessor. Because of this it was given a different name; the Seagull. The Seagull ended up being larger and heavier than the Storm Petrel but overall had more thrust which allowed it to carry more payload. This allowed it to become a good attacker as it could carry more than the attacker variant of the Storm Petrel.
.
The Seagull first entered service in 2025 flying alongside the Storm Petrels it sought to replace. While being designed as a carrier aircraft, the extra weight made it difficult to land on the small carriers the Holiday Navy was fielding. As a result it was used more in land operations. Despite being a ‘Fighter Attacker’ (FA) it was rarely used as a fighter. While it was faster it still couldn’t pull the turns the lighter, more manoeuvrable Storm Petrel could pull with ease, which, even with added speed, made it more vulnerable to the Aus Fighter. Regardless, the Seagull enjoyed moderate success in the ground attack role, but was overshadowed by the cheaper and more numerous attacker variants of the Storm Petrel.
.
Only 250 Seagulls were produced. Even if they were better at the job, the Holiday Air Force already had plenty of surplus Storm Petrels which were much cheaper and were more effective due to their numbers. 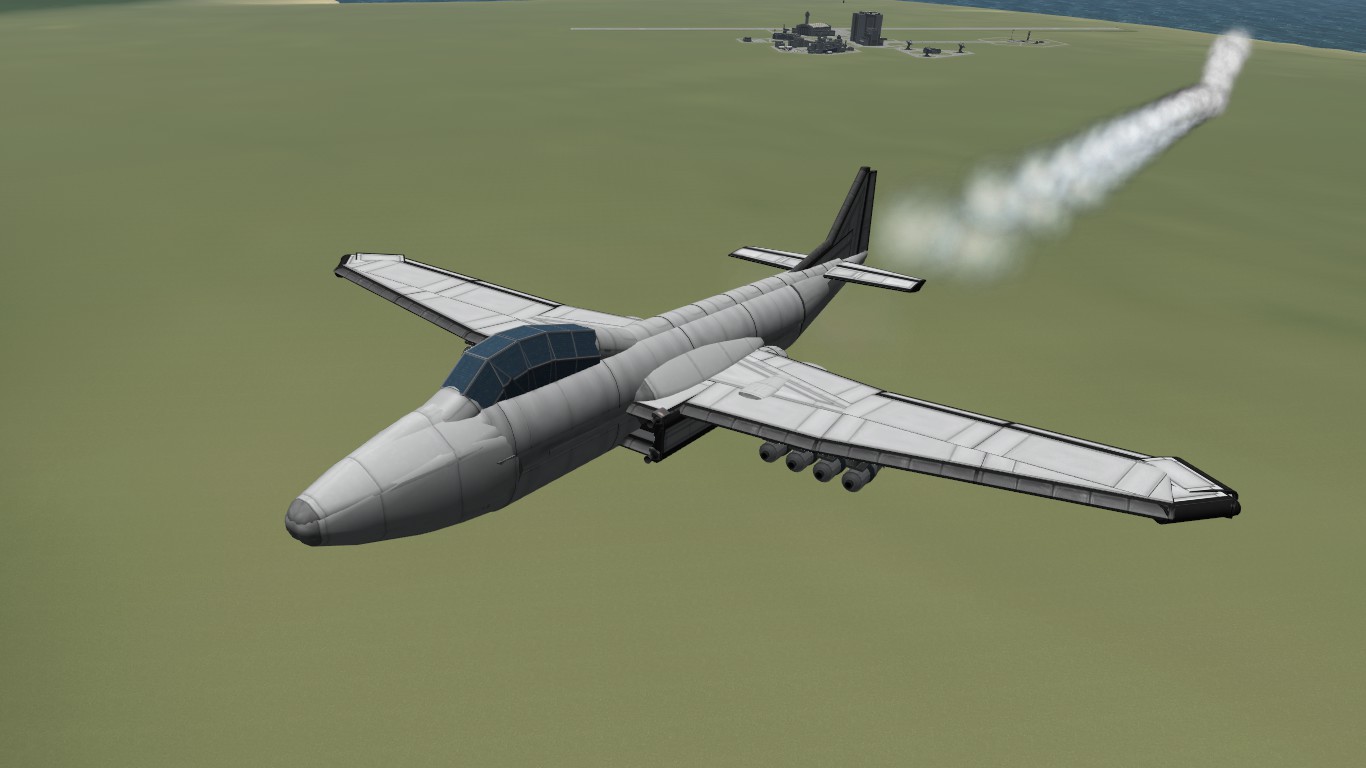 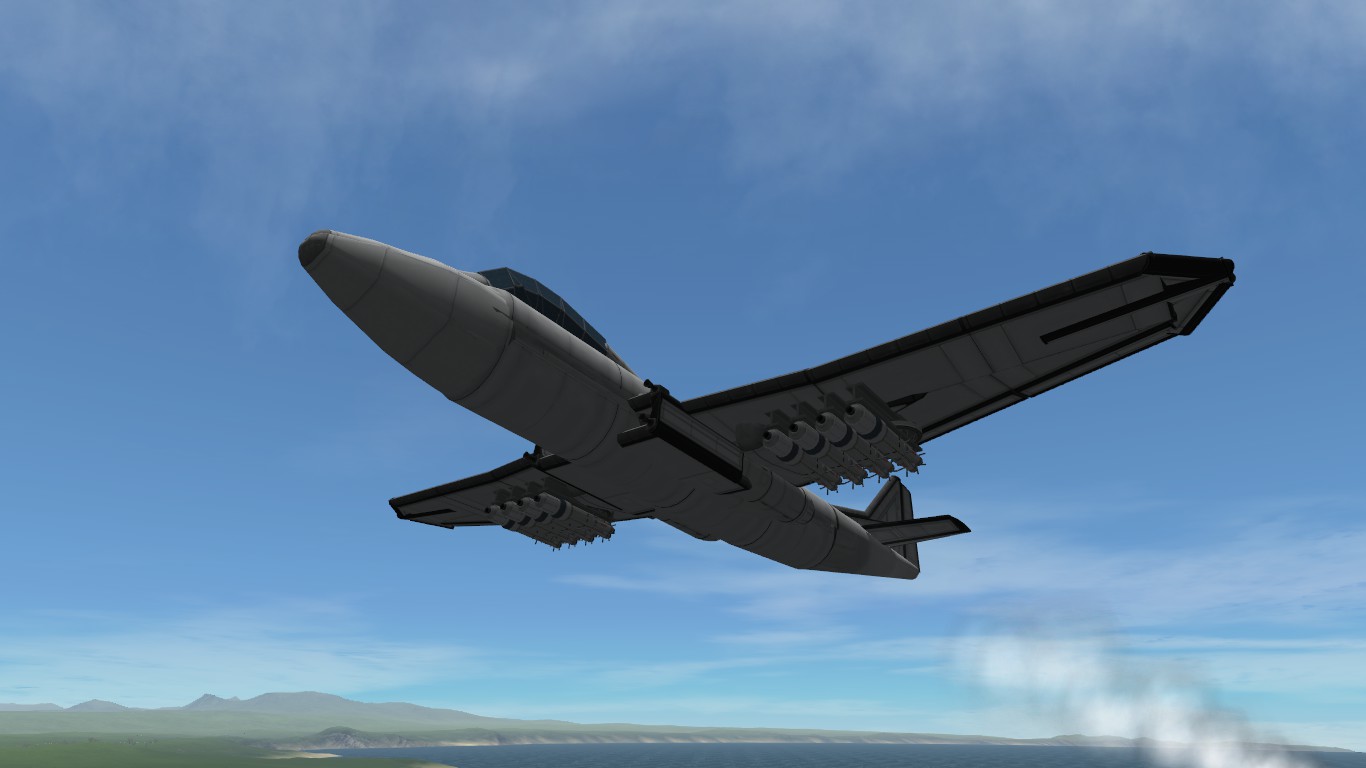 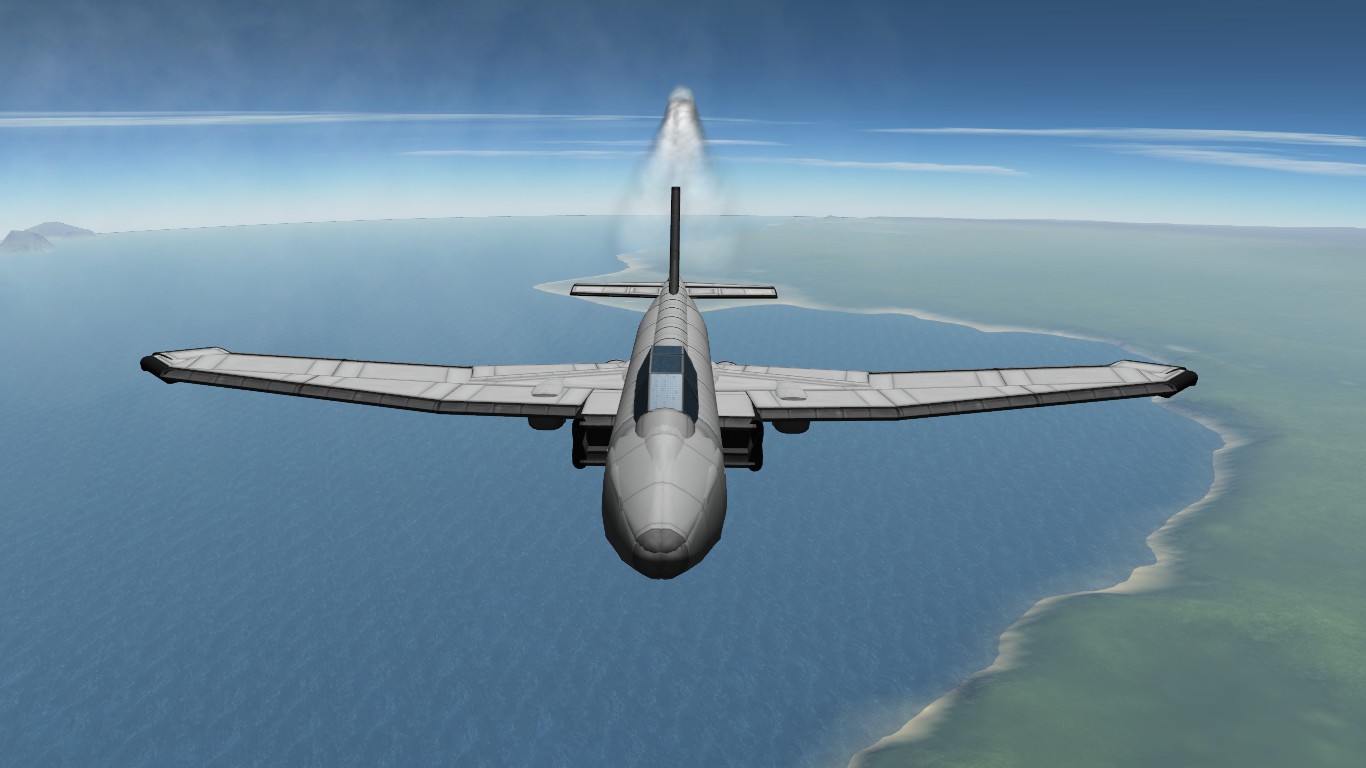