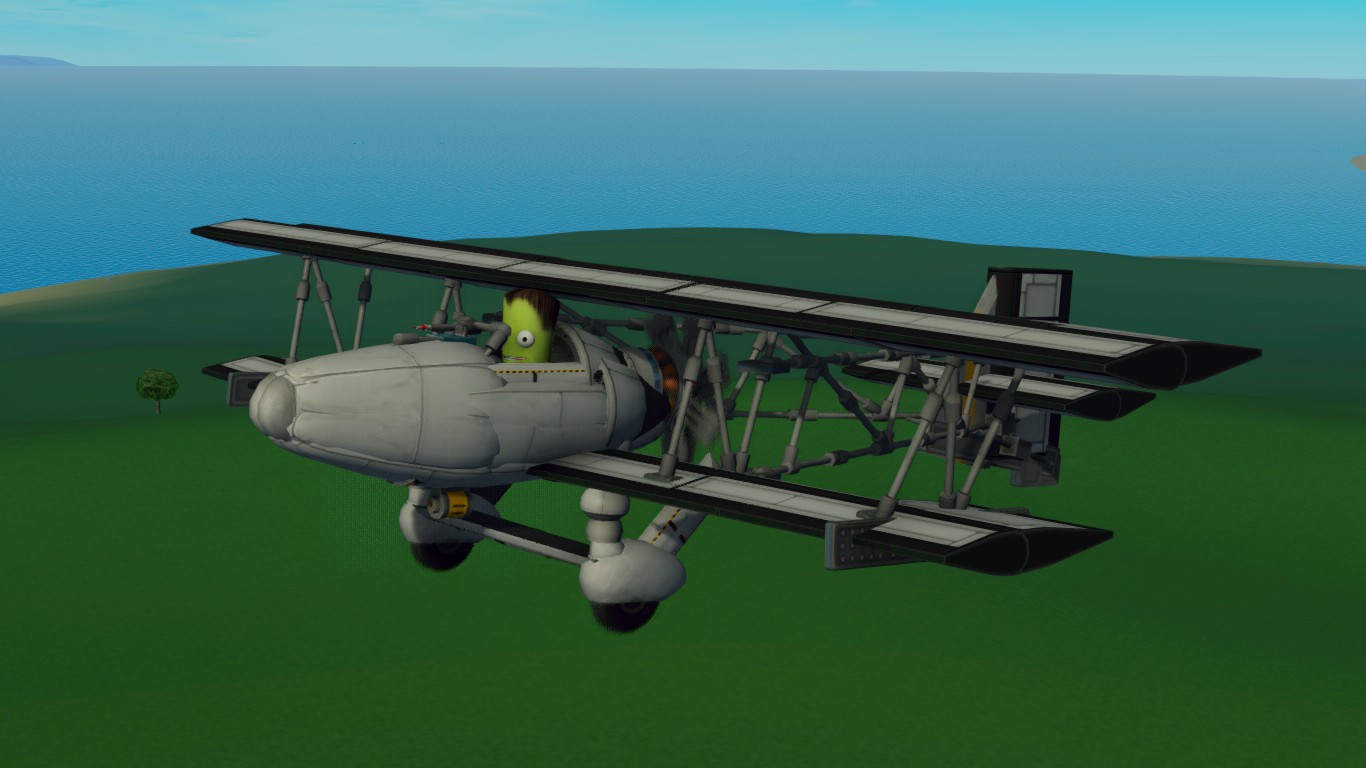 During the late 1890s, the competition between Arbonean aircraft pioneers became violent. Primitive brawls between rogue pioneers would appear over the skies of Arbon where pilots would use improvised weaponry like throwing rope or revolver fire in an attempt to shoot each other down. These rogue pioneers would eventually be called ‘Sky Pirates’. With the advent of lighter, cheaper machine guns in the late 1900s, pirate aircraft became more heavily armed. By 1911, sky pirates were increasingly rampant over the skies of Arbon posing a threat to aerial shipping. In response to this, the Royal Isles Police Force began employing pursuit aircraft to combat against the ever increasing crime in the sky.
.
The Royal Isles Police had commissioned the Royal Airship Commission (RAC) to develop the new aircraft. This aircraft would eventually be named the Scout Mk 1 but was affectionately nicknamed ‘flea’ by pilots flying the type. The Scout was powered by a 100hp rotary engine and armed with a single 7.7mm machine gun. To give the pilot a better shot, the aircraft was given a pusher configuration and the gun was placed directly in front of the pilot. Entering service in 1913, the type had a slight edge over pirate designs.
.
As well as usage in the Police Force, the Scout Mk 1 was also utilized by the Royal Military. The type first saw service in a military setting during the 1914 Axian Gold War. The machine gun - designed to take on pirate aircraft - was also good at strafing natives in colonial warfare and destroying lightly armoured targets. The Scout Mk 1 helped develop military strategies with aircraft as well as establishing the idea of an air force, which, was soon applied by other Arbonean nations. By late 1914, the Scout Mk 1 was slowly being phased out in favour of the newer, improved Vosper. Several examples of the type were also sold to Valland in mid-1914.
.
By 1915, however, the Scout was obsolete with the appearance of improved pirate aircraft. Simpler ‘puller’ designs with guns synchronized with the propeller vastly outperformed the type. The RAC began development of improved designs such as the Vosper and the Spey - a monoplane fighter.

The aircraft has a lot of torque. Be sure to be gentle on takeoff and set trim!