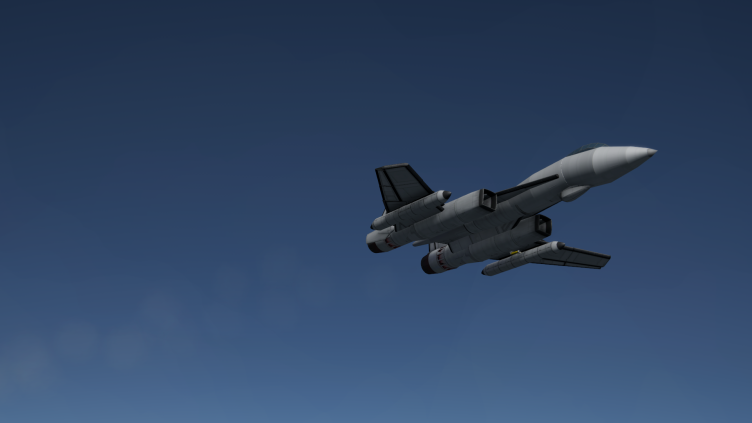 Intending to replace the Albatross III, the Ryusei promised to be better in almost every single way. Work on the design commenced in 2060. To create the best possible design they could, the Kujira Industries’ design team got feedback and information from pilots flying the Albatross III. It was found that pilots wanted to be able to pull tighter turns and have more safety features to rely on. A forward swept wing was utilised to maximise manoeuvrability and the engines were spaced farther apart to minimise the risk of one engine failure affecting the other. Another complaint was the Albatross’ cramped cockpit. The Ryusei’s cockpit was enlarged for crew comfort. One strange feature not on most Holidian aircraft was the ability to float for emergency water landings. Upon ditching into a body of water, the automatic floatation system (AFS for short) would seal off the engines and air intakes to make a watertight seal.
.
Officially entering service in 2070, the Ryusei would suffer multiple reliability issues until the Mk IV variant in 2073. For pilots that originally flew the Albatross III, the Ryusei felt lighter and more responsive despite being significantly larger. The type had superior low speed performance which allowed it to also work in CAS for the Holidian Army. The Ryusei took part in many small conflicts throughout the 2070s and 80s, but was most famous for its role in the Second Korean War of 2097. Despite being much older than its adversaries, it was still extremely competitive:
.
“They were almost two decades older than our R-800s so we thought they were easy targets. We couldn’t have been more wrong. They fought like hell and could take on anything we could throw at them! No wonder those crafty Holidian bastards kept it in service for so long! - Wilbur Fallows, R-800 Ace
.
The Ryusei would become one of the Holidan Air Force’s most common aircraft and was the only Holdian aircraft to serve before, throughout and after the war. With the war’s end in 2102, hundreds were sold in many different countries.
.
The type was eventually retired in 2120 with examples still in service in other nations. 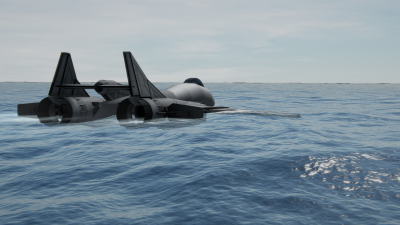 An example of a successful water ditch (circa 2099)