try not to crash it
Note: this was made in KSP v1.8.1 - It may not function as intended in KSP 1.12.4
This craft has been added to your downloads queue. Use the KX Mod to fetch it when you are next in KSP. Enable deferred downloads to make this the default way to download.
Download craft with the KerbalX Mod
how to install
re-download 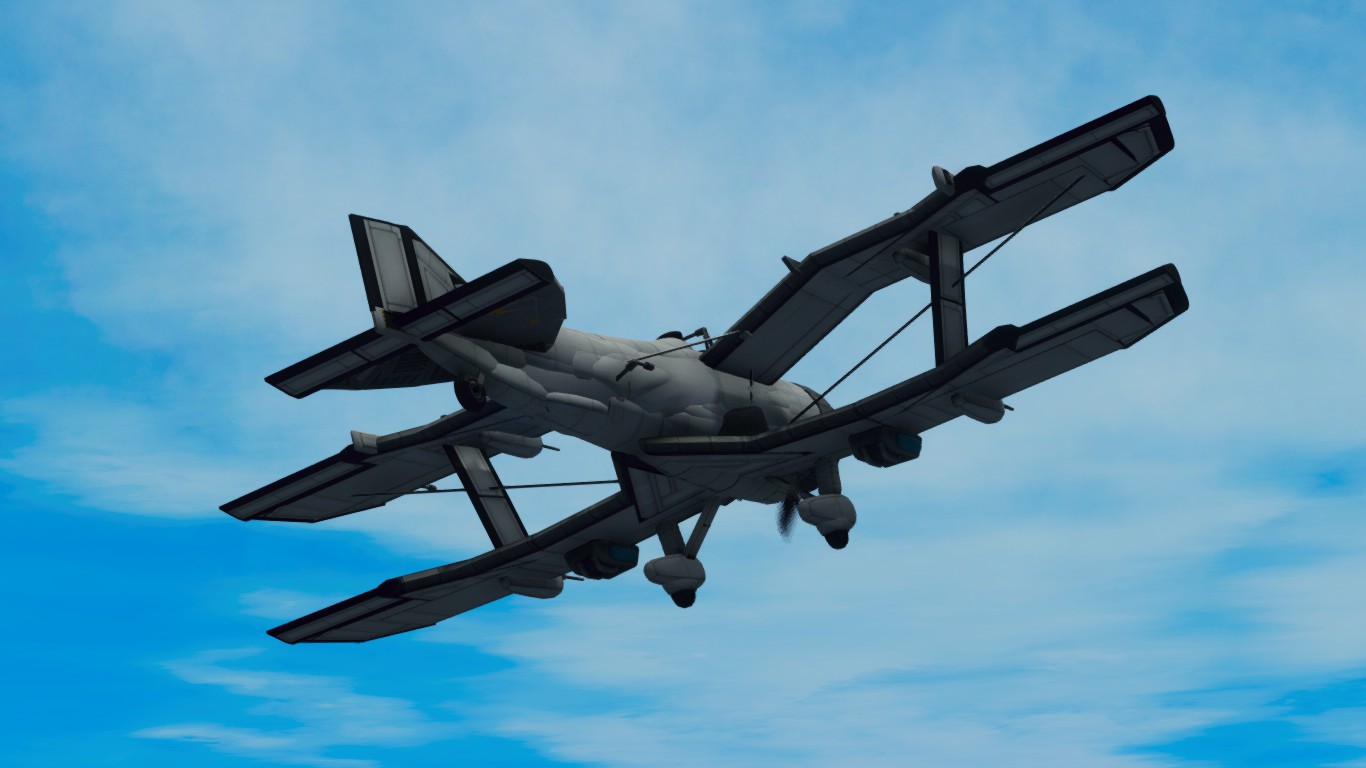 John Lancaster was a pilot who served during the Axian Gold War of 1914 and witnessed first-hand the Empire’s many atrocities perpetrated towards the native Axian population. The battlefield was a hailstorm of bullets, with bombs dropping from the sky and flying shrapnel. Villages were pillaged and torched and anything of value was stolen. Lancaster was shocked and angered by these actions and left the Royal Isles Army in early 1915. He decided to fight for what he believed in and turned to Sky Piracy. He swore to take down any Royal Isles aircraft as vengeance for the Royal Empire’s continued exploitation of the Axum Continent. From 1916 onwards, he steadily gained a reputation as a ruthless pilot mercilessly shooting down anyone who opposed him.
.
The Pheonix III was the third aircraft designed, built and flown by John Lancaster. The aircraft was first sighted in 1933. The Pheonix had an assortment of parts salvaged from other aircraft of the era. Lancaster utilized a 9 cylinder radial salvaged from an Efrosan flying boat and boosted it to 990hp. Scrap metal found from crash sites was used to skin the frontal fuselage while the tail and wing surfaces were fabric covered. 4x 8mm machine guns were fitted to the aircraft with two on each wing. The aircraft had an estimated 450km/h top speed and was among the fastest biplane aircraft ever.
.
On April 17th 1936, Lancaster intercepted a cargo airship flying to the Royal Isles. He was soon met with three DP-5 Trojan fighters acting as escort for the airship. Using turn as his only advantage, he dodged and fired machine guns into the airship turning it into nothing more than a ball of flame. The DP-5s continued to swoop in at high speeds in an attempt to shoot Lancaster down. Lancaster pulled the Pheonix into a loop and managed to shoot down an enemy DP-5. Unfortunately, his luck had ran out and the other two DP-5s opened fire on the stalling Pheonix. The Pheonix burst into flames, crashing into the ocean. .
Government funded aircraft technology had rapidly progressed and far outpaced Sky Pirate’s rates of development during the 1930s. Sky Pirates became fewer in more developed nations as they just couldn’t keep up. John Lancaster was unique as one of the few still flying when the golden age of pirates had ended.