Or find other craft;
- made by HolidayTheLeek
- that are also pure stock
- that have a similar part count
Hangars that contain this craft
Download Queue | small planes 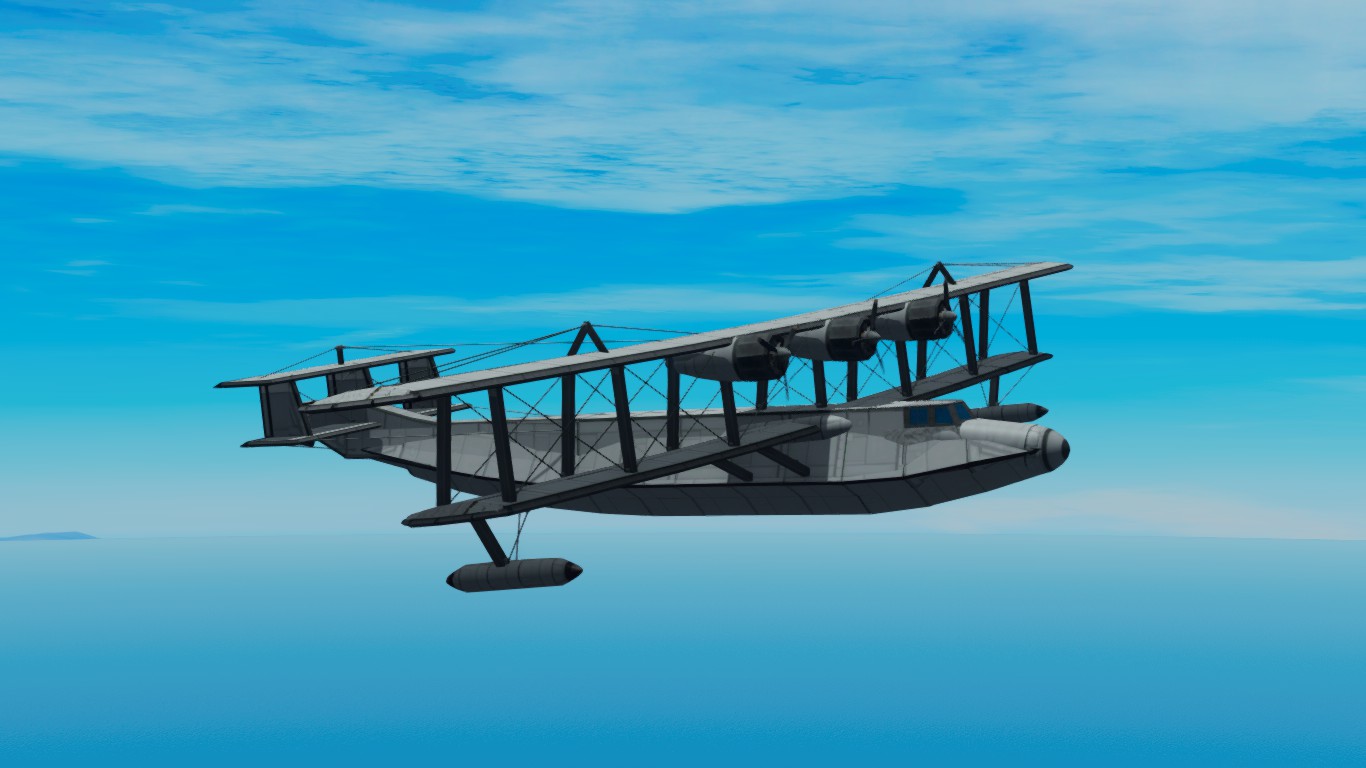 From 1925 to 1934, the Efrosan States had enforced a strict anti-pirate policy following Arbon’s unprecedented growth in Sky Piracy. With fears sky piracy would spread similarly, endangering Efrosan skies; trade and immigration from Arbon were strictly limited and, in some cases, outright banned. Efrosan aircraft development slowed to a halt with domestic aviation companies being forced to shut down or change fields completely. After nine years of an aviation industry dead in the water, the Efrosan States re-opened their borders on January 16th, 1934 and were left to play catchup in the ever-changing world of aviation.
.
Omicron Industries was one of the few aviation companies that survived during the ban – not by building aircraft – but rigid airships for cargo and passenger transport. Following the lift on the aircraft ban, National Efrosan Airways (NEA) had requested a large flying boat airliner to replace slower airships on over-seas routes. With no prior experience in flying boat construction, Omicron hoped to gain knowledge from the Royal Isles, who accounted for roughly seventy percent of the world’s production and usage of flying boats at the time. On June 30th, 1934, The Royal Isles agreed in sending specialist engineers from The Dunnock Aviation Company to assist in Omicron’s development of their own flying boat. As part of the exchange, the Royal Isles received much-needed raw resources from Efrosa and an invaluable ally in a time where the Royal Empire’s global monopoly was fiercely challenged.
.
The O21 ‘Newisle’ – aptly named after the city where Omicron’s headquarters reside – was a tri-engine biplane flying boat capable of carrying 16 passengers or up to 2000kg in cargo. The aeroplane was an anachronism in an age where all-metal monoplanes had become the norm, though, was rugged and cheap to maintain. This was in part due to Omicron’s lack in tooling and expertise in all-metal construction as they had primarily focused on fabric covered airships a decade prior. The Newisle flew with NEA from 1935 to 1944 though was also pressed into military service upon Efrosa’s entry into the Great War in 1940. As late as 1944, some converted Newisles were used as improvised bombers – similarly to the Royal Isles’ Dunnock Seaway. Around 140 Newisles were produced, with most serving on NEA’s overseas routes.
.
Though antiquated on release, the O21 Newisle was an important step towards becoming a formidable air power, dominating the markets in the civilian sectors of Union-alligned nations for years to come.

Takeoff Speed is roughly 30m/s in the water.
Try to land at speeds at or below 25m/s
This craft requires some trim to fly straight