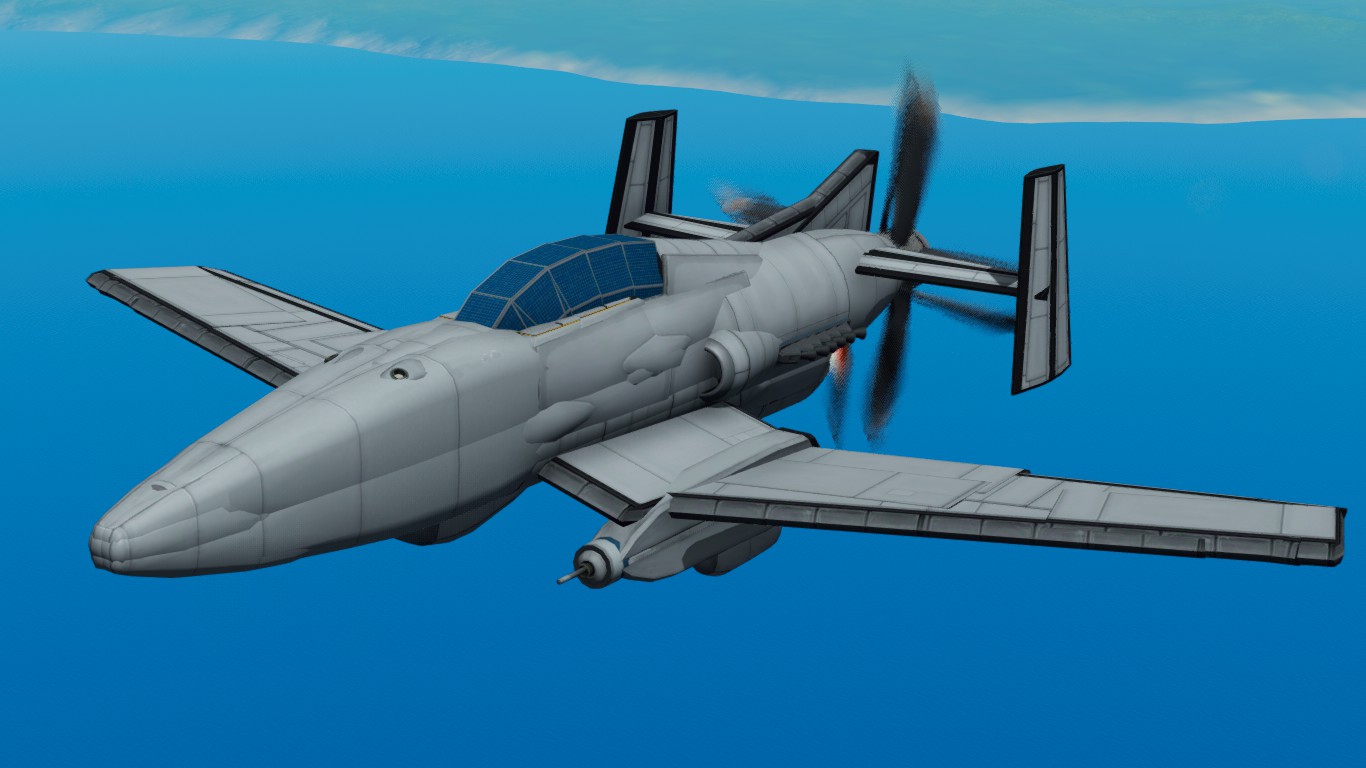 With the arrival of the Efrosan K-49 Super Stallion II over Southern Stria in 1946, the premier motorjet fighter of the Ikanese at the time - the I-5B Reppu was now closely matched, and in some aspects, outperformed. The Ikanese now had to develop an aircraft superior to the Efrosan K-49 as they could not compete with the Efrosan States if more K-49s were produced. It was known among Ikanese officals that the Ikan Empire could not win a war of attrition owing to the Efrosan States’ larger industrial capability and resources. Ikanese officials had estimated that at the very longest, Efrosan forces would halt the Ikanese invasion of the Efrosan States from Southern Stria by mid 1950.
.
The new aircraft was contracted to the Kakuzo Aircraft Corporation (KAC) who had put considerable amounts of research into a new form of aircraft propulsion taken from the Royal Isles - the turbojet. The KAC proposed a mixed propulsion fighter using both piston power and a turbojet. The design would utilize a license produced Bavarian V-12 in a pusher configuration with contra-rotating propellers and a turbojet tucked beneath the engine. A gull wing was used to allow for shorter, stronger landing gear and the wings were slightly swept back to align the centre of lift and centre of mass. Utilizing aerodynamic research from the Royal Isles, the Ka-5 Kosai was given an all moving tail, which allowed the aircraft to remain controllable at much higher speeds. Armament was to be two 30mm cannons in the wing roots with two 20mm cannons in the nose.
.
Delays in the KAC’s new turbojet meant that intial production aircraft had to be fitted with a less-powerful shaft-driven motorjet. Nevertheless, the Ka-5 became the fastest aircraft down low at 709km/h at sea level - much faster than the K-49 Super Stallion II. The type was slightly slower than the its rival at 6000m at 795km/h compared to the Super Stallion’s 824km/h. The Kosai, however, had superior acceleration, dive speed and energy retention, which, more than made up for the Ka-5’s slight speed disadvantage at altitude.
.
The Ka-5 would first see service in 1949 in Southern Stria against the K-49 Super Stallion II. The Kosai excelled in low level interception using its much higher top speed at sea level to its advantage. On October 1st 1949, a single Ka-5 Kosai from the 2nd Kaede Air Group downed 12 Super Stallions in a single sortie. Eventually, Efrosan pilots were instructed to avoid engaging a Ka-5 below 4600m and newer tactics were developed specifically against the type.
.
While the Ka-5 was successful, not enough were produced to overcome the Efrosan Air Force’s larger numbers. The Ikan Empire was forced to retreat from Southern Stria in 1952. The Ka-5 would later see further development as a pure turbojet fighter as the Ka-9 Kosai II.

-At 120m/s, press 1 to change the prop pitch to allow for a greater top speed of 160m/s
-Be gentle on takeoff and landing to avoid destroying the propeller blades