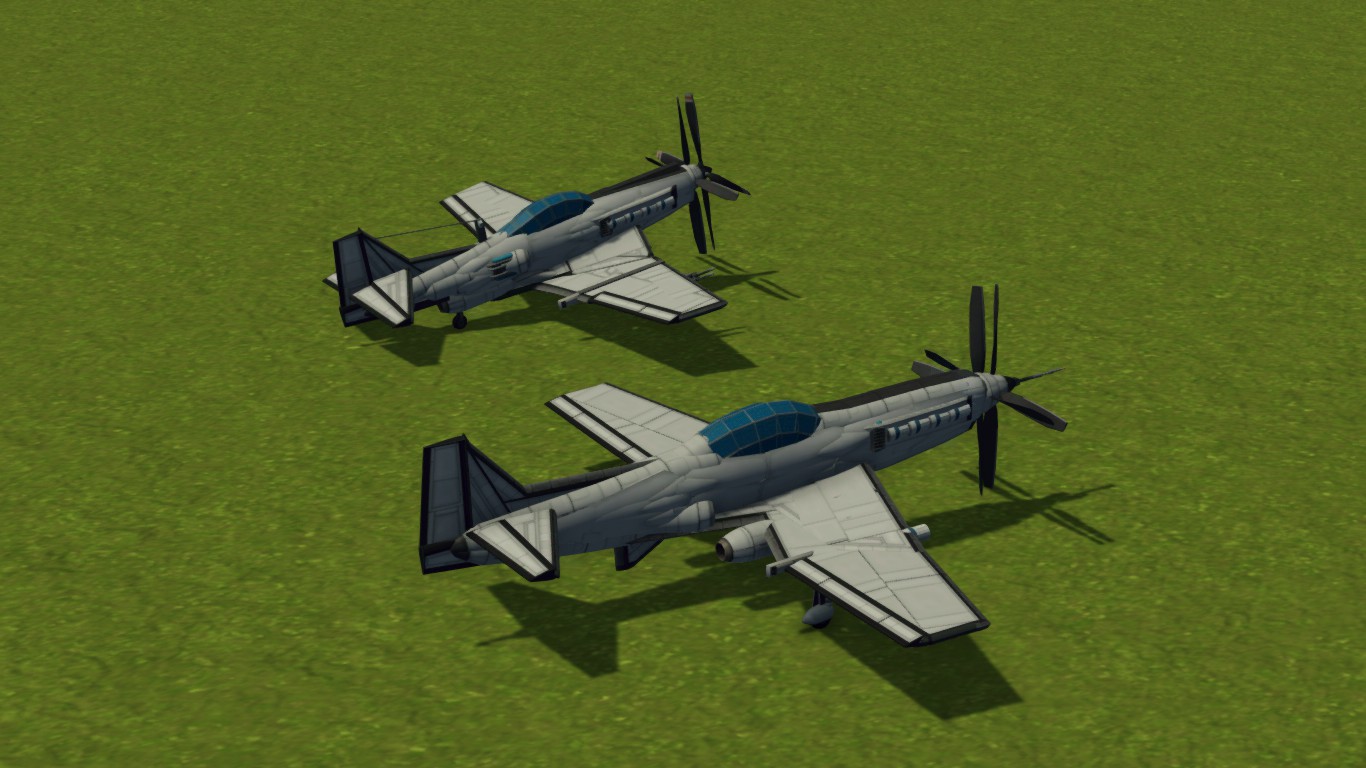 The appearance of the Ka-5 Kosai over the skies of Southern Stria in 1949 came as a shock to the Efrosan Air Force. The K-49 Super Stallion II, which, had enjoyed superiority only weeks prior, was now outclassed by the Kosai. It was feared that new technology would allow Ikanese forces to overwhelm Efrosan forces and advance further into Efrosan soil than ever before. Efrosan military spending was increased by 25% by December of 1949 and requirements for a new generation of aircraft, armoured vehicles and ships began flooding in. The Efrosan Air Force was in particular was desperate, commissioning Omicron Industries and many other aviation firms to develop a successor to the Super Stallion II.
.
Several crashed Kosai aircraft were collected and evaluated as the war in Southern Stria dragged on. What was found was that the Kosai was a considerable step up in technology. It utilized a more advanced turbojet engine instead of the more traditional motorjet. Unlike motorjets, which relied on a piston engine to compress air to combust; turbojets were self-sufficient, using thrust from the engine to spin the compressor instead. Turbojets had existed in the Royal Isles since the 1930s but the extreme heat from the engine exhaust on the turbines rendered them impractical and unreliable. The Ikanese had developed a new alloy which, was soon reverse engineered by the Efrosans. Omicron Industries would produce the first Efrosan turbojet - the J-1 - in February of 1950.
.

A new fighter aircraft utilizing turbojet technology to succeed the K-49 would soon be developed by Omicron Industries. This new aircraft would be developed directly from the original K-49 Super Stallion but eventually be re-designated as the K-55 Epsilon as it had diverged considerably from the original. The Epsilon’s fuselage resembled a stretched K-49 but more streamlined. A swept wing was used, taking inspiration from the Ikanese Kosai. As the wings were pushed back further into the fuselage, a tricycle landing gear setup was used. This greatly improved ground handling and made it easier for newer pilots to takeoff and land. The turbojets were mounted in a pair beneath the wings in pods for easy maintenance. The in-wing radiator functioned both as a radiator for the piston engine and as intakes for the turbojets. The aircraft was optimized for low altitudes like the Kosai and had a top speed of 720km/h at sea level. At high altitudes however, the Super Stallion II was still faster until more powerful turbojets were fitted in 1952.
.
The Epsilon would be rushed into service in early 1951 to fight against the increasing number of Kosai aircraft. The K-55 was faster, outaccelerated and had better low speed maneuverability in comparison to the Kosai but locked up in higher speed manuevers. The Kosai had heavier armament and better high-speed maneuverability. The two were considered equal in the air. The K-55’s similar appearance to the K-49 worked as bait to engage unsuspecting Kosai fighters. The Epsilon would be exported to other Union aligned nations. Imperoan K-55s would be heavily used during the Liberation of the Royal Isles in 1956.
.
Pure turbojet aircraft would eventually surpass the Epsilon in raw performance. Despite this, the K-55 - along with other piston/mixed propulsion aircraft - would stay in service as they could fly further and for much longer. Jet-propelled carrier aircraft were also difficult as jets required long runways to operate and had much higher takeoff and landing speeds. With most fights during the latter half of the war being over long distances, long range was often more important than performance alone. The K-55 would be relegated to ground attack as the war ended in 1968 and would finally be retired completely in 1971.