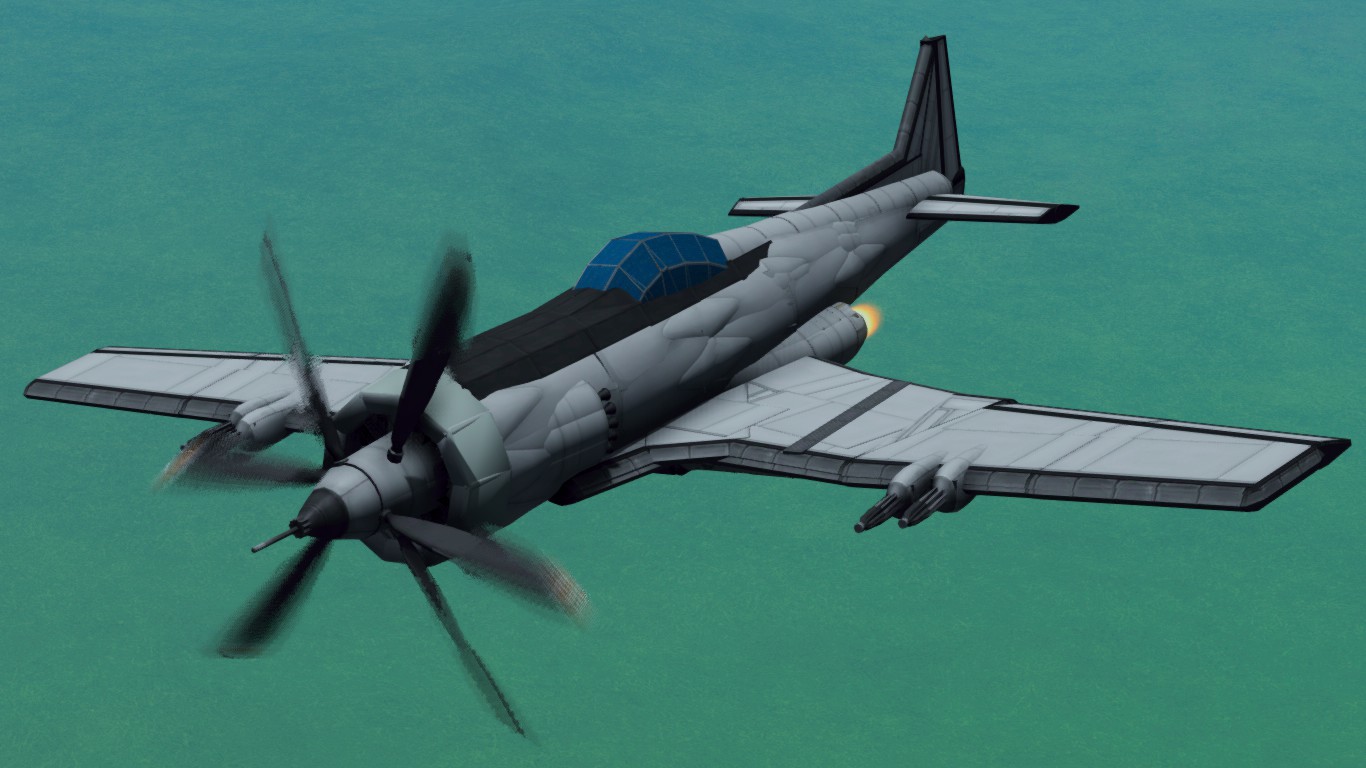 The arrival of the Ikanese Ka-5 Kosai over the skies of Southern Stria in 1949 came as a shock to Efrosan pilots expecting an easy fight. The Ikanese with newfound technological superiority threatened to extend their reach deeper into Efrosan soil. With fears of an Ikanese invasion growing by the day, the Efrosan government issued a 50% increase to all military funding. New designs for aircraft, armoured vehicles and warships were commissioned by the dozen. With the discovery of newfound turbojet technology gained from crashed Kosai, the Efrosan Air Force requested the development of a new turbojet-powered generation of aircraft. With Omicron Industries developing the first Efrosan turbojet engine - the J-1 - utilizing mostly reverse engineered Ikanese technology. The Efrosan Aircraft Commission followed suit by developing their own.
.
The Efrosan Aircraft Commission (EAC) would begin development on a new turbojet powered aircraft in mid 1950 - this prototype was flown purely on jet power opposed to the mixed propulsion used on the final design. As turbojets 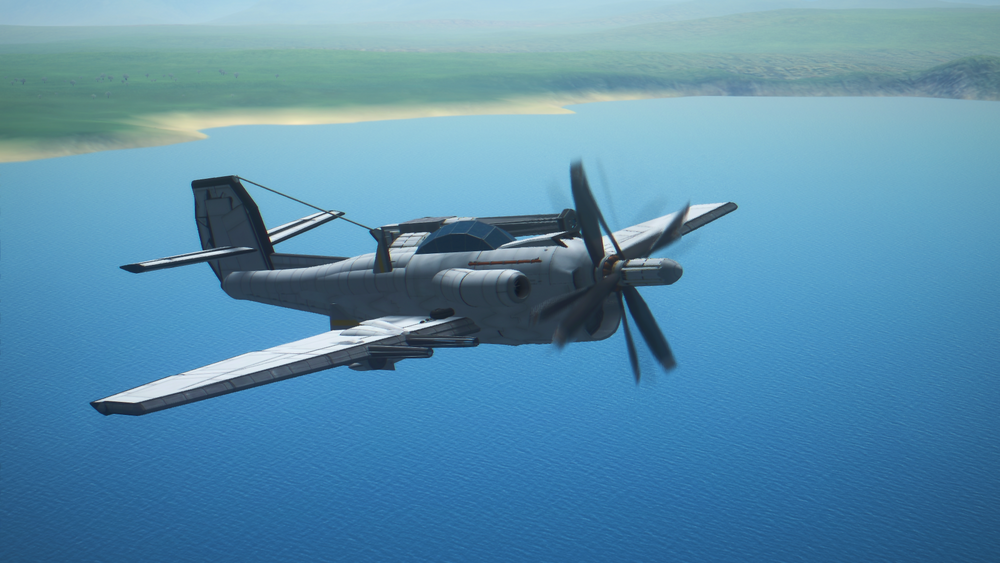 were still at an early stage in Efrosa, thrust was insufficient even with turbojet two engines. The prototype aircraft had an unacceptably long takeoff run, limited acceleration and an extremely short range. The aircraft was also slower than most piston engine aircraft with a top speed of only 600km/h. The EAC - taking inspiration from the K-55 Epsilon - redesigned the aircraft to also mount an 18 cylinder, 3600hp radial engine as well as the two turbojets attached to the rear. As the piston engine placement had moved the centre of mass, the wings were swept forward to compensate. As a consequence, the aircraft had less compression problems at high speed while still maintaining good low speed maneuverability. This aircraft would become the K-53 Super Hog. The Super Hog had a top speed of 697km/h at sea level and 810km/h at 7000m. The aircraft was not as fast as the K-55 or the preceding K-49, but was more heavily armoured, had higher payload and had a comparable turn rate to some early war aircraft despite the aircraft’s hefty weight.
.
A common belief - even by some military officials at the time - was that the K-53 Super Hog was a development of EAC’s earlier K-47 Sky Hog (or Hunter IV, depending on variant). Whilst the two looked somewhat alike, the K-53 shared no commonality with the previous K-47’s design and was instead a completely new development. The K-53 entered service in mid 1951, four months after the K-55 Epsilon. The aircraft’s increased payload capacity compared to the K-55 allowed it to perform well as a fighter-bomber. The K-53 was no slouch in a dogfight either. The type could comfortably outmaneuver the Ka-5 Kosai in both high-speed and low-speed manuevers but was outmatched in terms of pure speed and acceleration. The aircraft was not without fault, however. The taildragger landing gear setup was prone to groundlooping even with experienced pilots. The problem was accentuated when fully loaded with bombs, rockets, and other anti-ground ordinance. Nevertheless, the K-53 remained a successful aircraft despite disadvantages in speed. After Ikanese forces retreated from Southern Stria in 1952, the K-53 saw extensive service in Axum where fighter-bombers were more important than pure aerial superiority fighters.
.
As fights stretched across oceans towards the latter half of the war, the Super Hog became less important with its smaller range in comparison to the K-55. The type was slowly phased out by newer, longer ranged designs by the late 50s and was completely retired in 1962. Some were kept as targeting drones as late as the 1980s.
.
In one particular incident on August 16th, 1988 a lone TK-53 (K-53 target drone) became a rogue aircraft it stopped responding to radio control. The TK-53 veered towards the large city of Newisle. K-95 Sky Arrow aircraft were scrambled to shoot down the rogue drone to avoid it crashing into the city. After multiple passes, the drone was shot down above the Newisle city centre where the burning wreck crashed right in the middle of the Newisle Parklands. Miraculously, there were no casualities and only minor damage was done to the city.