try not to crash it
Note: this was made in KSP v1.8.0 - It may not function as intended in KSP 1.12.3
This craft has been added to your downloads queue. Use the KX Mod to fetch it when you are next in KSP. Enable deferred downloads to make this the default way to download.
Download craft with the KerbalX Mod
how to install
re-download 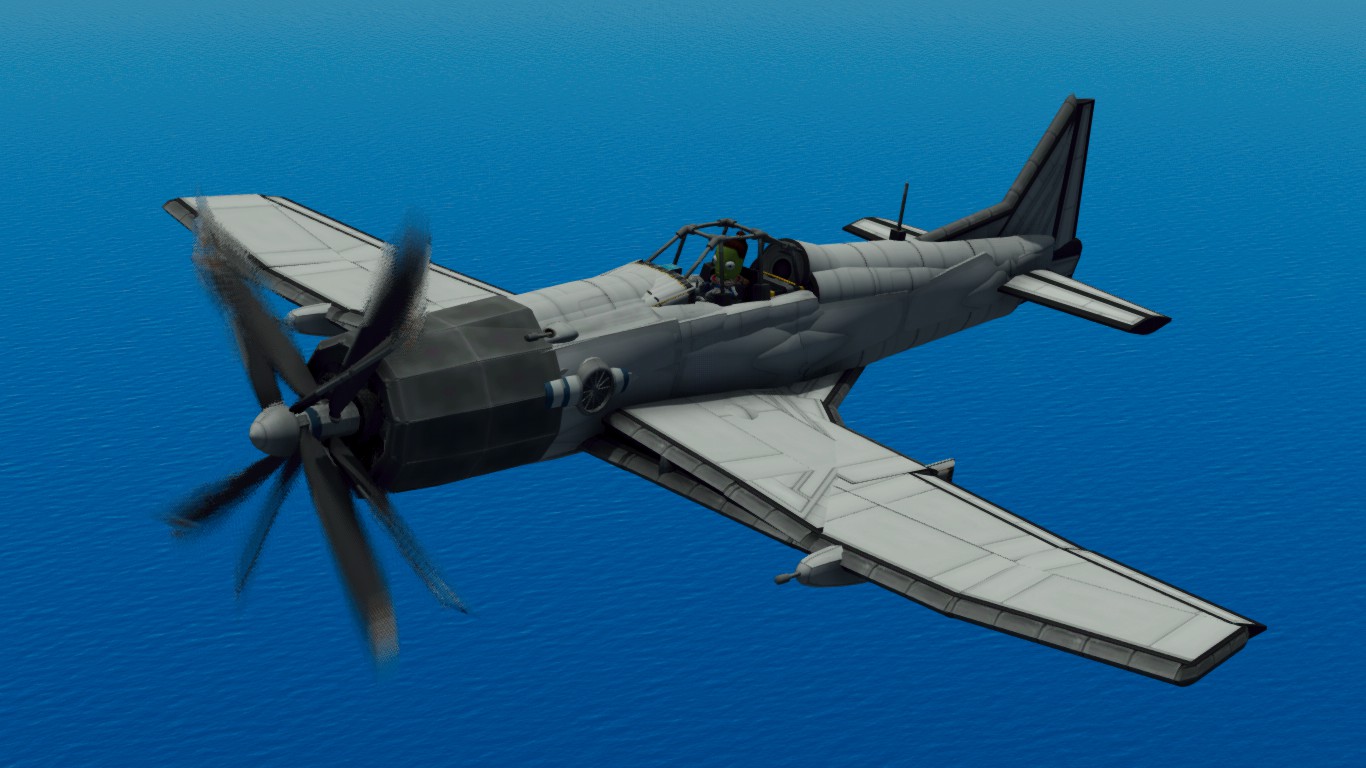 The arrival of the Australite Cassowary in large numbers had given Union forces aerial superiority over the Battle of Fenwick. Whilst the I-3 still had an edge in a turning engagement and had a much longer range, the Cassowary flew faster, hit harder and didn’t lock up in a dive. On the ground, the situation wasn’t much better. More Union reinforcements had arrived, giving Australite forces strength in numbers to push the Ikanese out the city and further out to sea. As Australite forces continued advancing, Ikan’s once firm grip on Fenwick was loosened. By 1944, the Ikanese were outmatched both on the ground and in the air and were forced to retreat.
.
It was clear that the I-3 Taka’s days were numbered. Along with the I-3, older, 30s era aircraft like the I-1 Asashi were still in service with the Ikanese Army as late as 1944. Replacements for both types were desperately needed and were long overdue.
.
Akabushi Aviation began a private venture into potential possible replacements for the I-3 as early as 1942. Many of these designs never left the drawing board. As the planned Invasion of Fenwick became a bloody battle by 1943, Akabushi finally received funding on a successor to the I-3. The new fighter was designated as the I-5 Reppu and was influenced by captured examples of the Royal Isles’ DP-15 Marauder. The I-5 would first fly in June of 1944. Faster, more powerful but still light on the controls, the Reppu recieved praise from its test pilots. The I-5 was pressed into service only months later in October. Despite initial problems involving the contra-rotating propellers, the new type was well liked by those transitioning from the I-3.
.
The fighter would eventually be tested against the Cassowary over Feylan in February of 1945. The Reppu was considered on-par with the Cassowary. This time with numbers in Ikan’s favour, the battle was won with Australite forces suffering a crushing defeat.
.
The I-5B variant entered service shortly in April and was equipped with new motorjet technologies - also taken from the Royal Isles. Added thrust from the motorjet increased top speed and acceleration at the expense of range. This, combined with the I-5’s already maneuverable airframe, the I-5B was an especially deadly opponent.
.
With the Ikanese Invasion of Southern Stria in January of 1946, defending Efrosan forces were woefully unequipped. The Efrosan K-47 Skyhog proved vastly inferior to the I-5B Reppu. For months, Ikan ruled the skies and steadfastly advanced north towards the Efrosan mainland. By late 1946, the Efrosan Air Force introduced its own motorjet aircraft - the K-49 Super Stallion II, which, could fight on equal terms with the I-5B.
.
With K-49s in greater numbers, the Ikanese were slowly pushed back. The superior Ka-5 Kosai was introduced alongside the I-5B in an attempt to regain lost territory. Whilst the Kosai was successful, it was introduced too late and once again, the Ikanese were forced to retreat.
.
Later on in its service life, improved variants optimised for high altitudes proved to be successful. Akabushi Aviation kept two aircraft for testing purposes, evaluating the usage of turbojets. The I-5 Reppu continued service with the Ikanese until 1958, though, surplus aircraft were sent to the puppet states of Koryo and Xindong with the latest examples seeing use as late as the 1970s.