try not to crash it
Note: this was made in KSP v1.8.0 - It may not function as intended in KSP 1.12.4
This craft has been added to your downloads queue. Use the KX Mod to fetch it when you are next in KSP. Enable deferred downloads to make this the default way to download.
Download craft with the KerbalX Mod
how to install
re-download 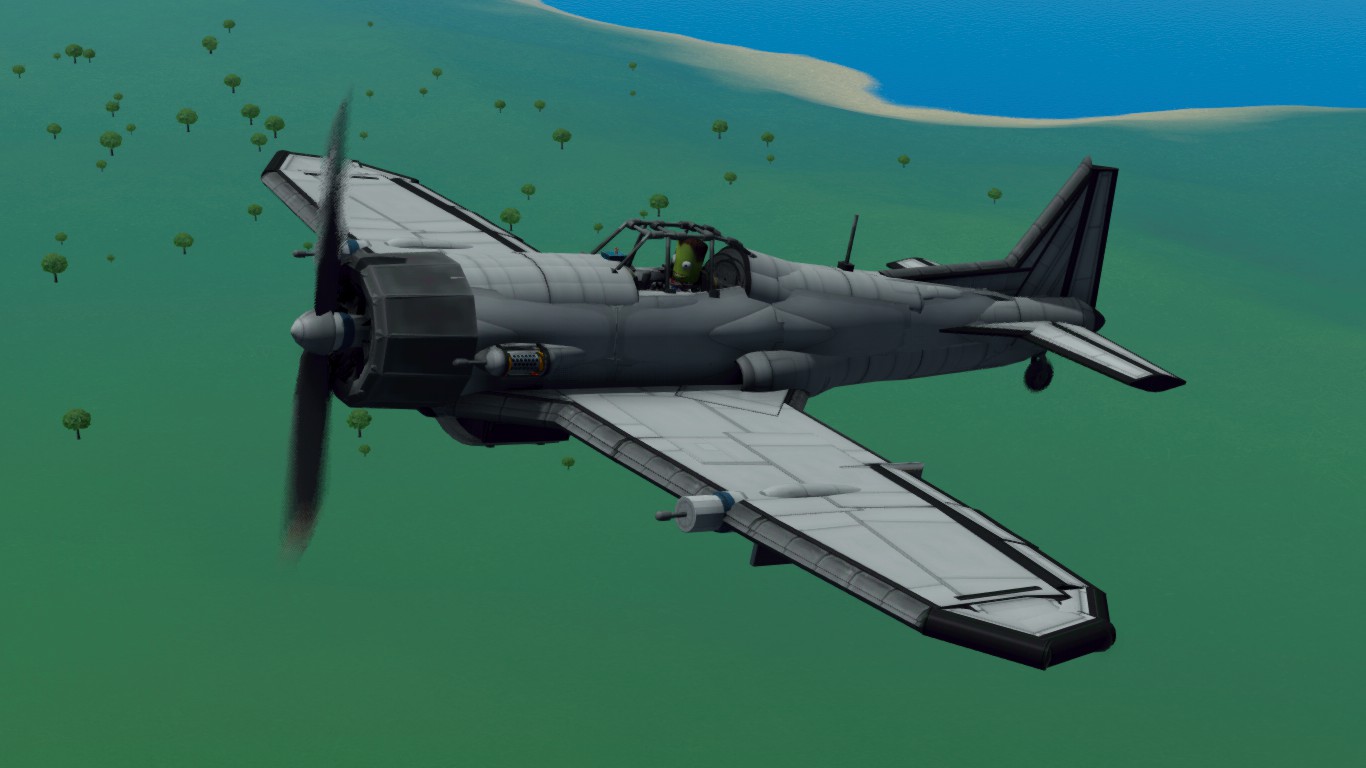 In 1936, the Bavarian Air Force sold twenty of their DS-10 Albe fighters to the Ikan Empire as part of the Far Eastern Coalition. The Ikanese were behind in aircraft development and took cues from the DS-10. They wanted to replace their already obsolete I-1 Asashi, which only entered service a couple years prior in 1934. The Ikanese Air Force wanted to catch up with developments in Arbon. Taking inspiration from the Bavarian DS-10, the Ikanese Air Force sent out a requirement for a new fighter with retractable landing gear, cannon armament and a top speed over 460km/h. The Akabushi Aviation Firm had the winning design, which, would later become the I-3 Taka.
.
One of the biggest problems facing Akabushi Aviation was that most Ikanese engines of the time were comparably low-powered against most engines of the era. Numerous weight saving measures were applied to the I-3 to make the most out of the weak engines available. The resulting aircraft was ¼ lighter than the DS-10, an already light aircraft. Like the DS-10, the Taka was designed to be simple to produce, nimble and easy to fly. It proved to be forgiving to fly even for novice pilots. The aircraft saw rapid production upon entering service in 1939 with the start of the Great War. In only a few months, several thousand were produced replacing I-1 Asashi aircraft seemingly overnight. Most served on carriers. The I-3 was described as being extremely forgiving on carrier landings having a lower stall speed than the preceding I-1.
.

The plane has a custom cockpit with a moving joystick, rudder pedals and throttle
////
Press 1 to change prop pitch above 70m/s

The I-3 Taka would first make its combat debut during the First Battle of the Royal Isles in March of 1940. It was considered a formidable opponent against the Royal Isles’ DP-5 and DP-7 fighters. The I-3 Taka outclassed even the DS-10 in a turning engagement and due to copious weight shedding, the type could stay in the air for twice as long as contemporary fighters. By 1941, the I-3 - along with the DS-10 - was omnipresent over the skies of Arbon.
.
However, the weaknesses of the I-3 started to become more apparent during the Attack on Fenwick in 1942-1943. Initially, the I-3 slaughtered the obsolescent Australite aircraft by the dozen but eventually, they began fielding faster, more powerful fighters like the Cassowary and Magpie. These new fighters severely outclassed the I-3 in speed and were able to engage and disengage at will. Australite ‘dive and run’ tactics diminished the effectiveness of the slower, nimbler I-3. The I-3 soon began to be replaced in the front-line role by the newer, faster I-5 Reppu in 1944.
.
Nevertheless, the I-3 saw relative success later on in lesser developed areas like Northern Axum where airfields were short and rough. Against older fighters, the I-3 was still incredibly effective.
.
Over 10,000 I-3s were produced with many different variants changing the armament, engine and wing shape to accommodate far more roles than the original was intended. Some were converted into floatplanes for the recon operations on battleships or coastal patrol and were re-designated as the I-3N Washi.

The type would finally be retired in 1946 by the Ikanese, though, about 100 captured examples stayed in service in Koryo until the 1970s.