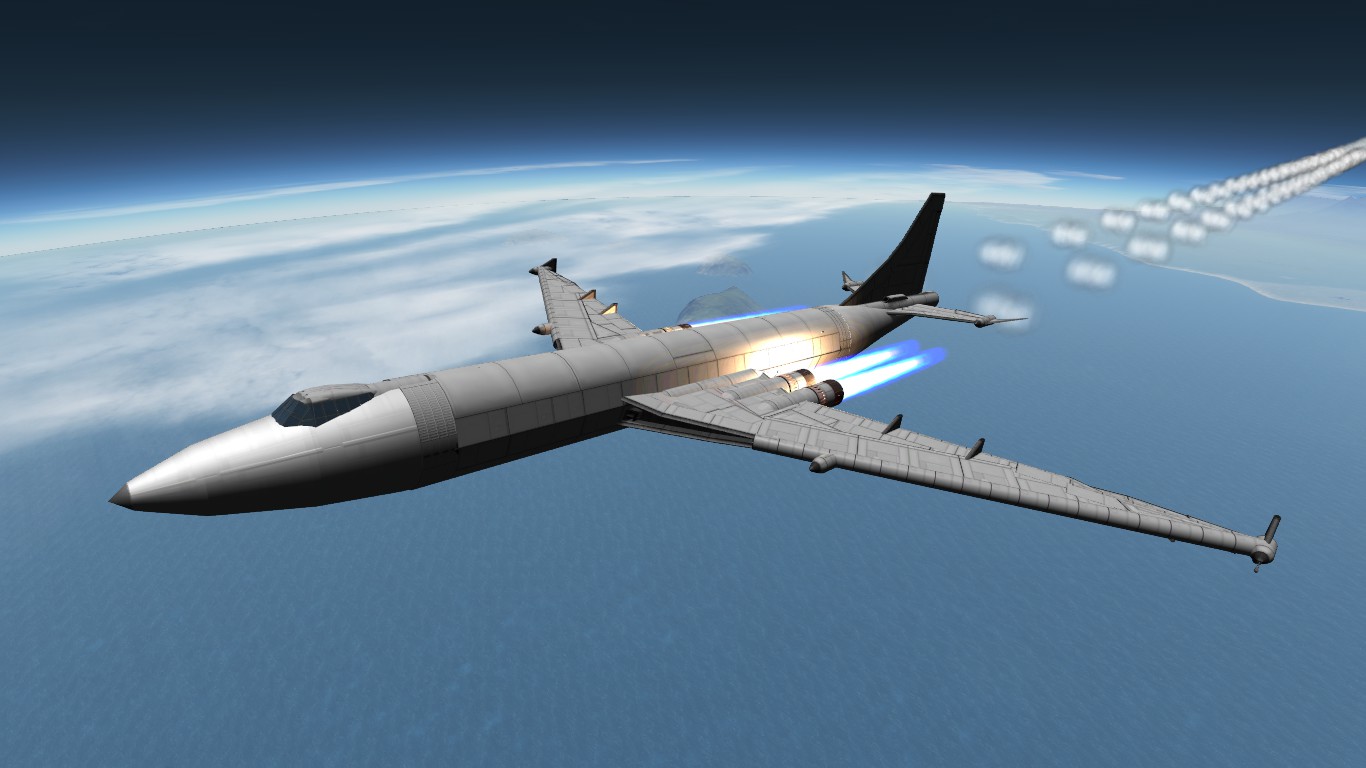 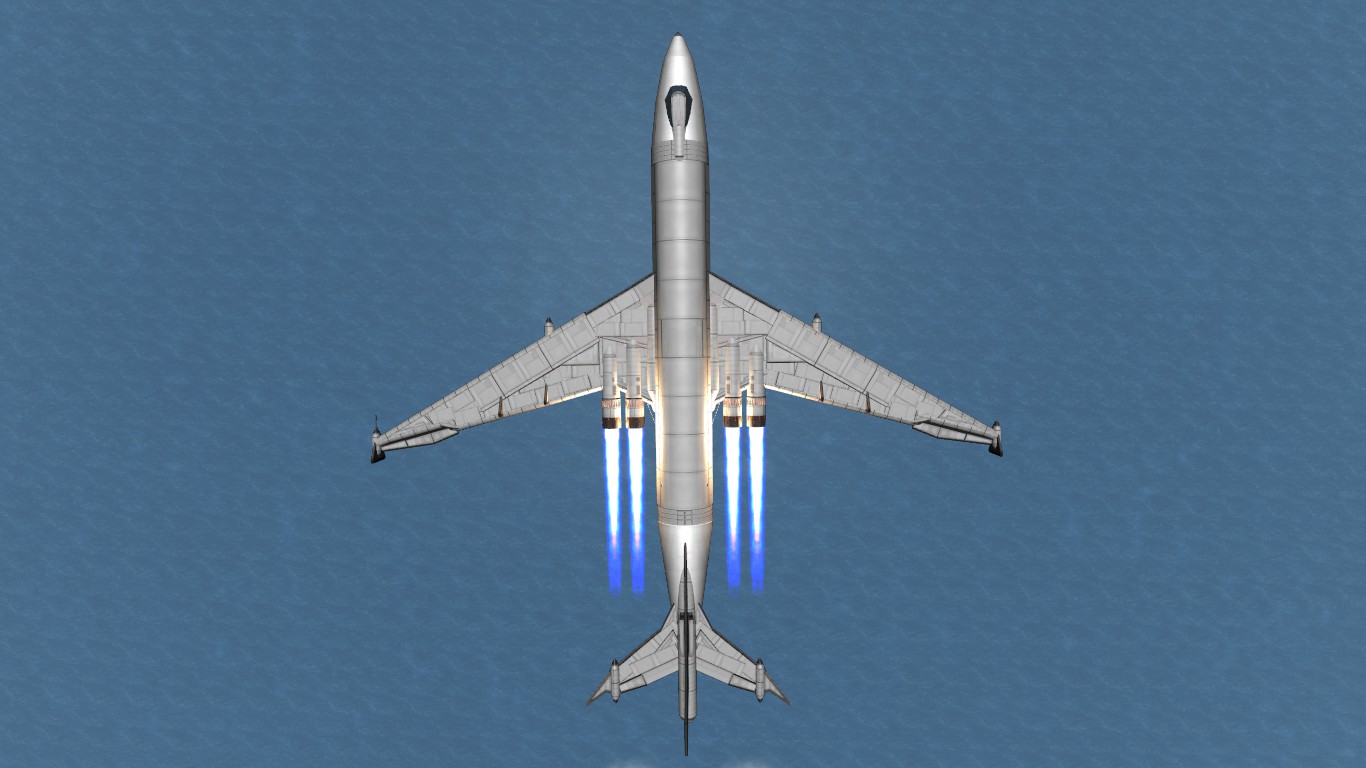 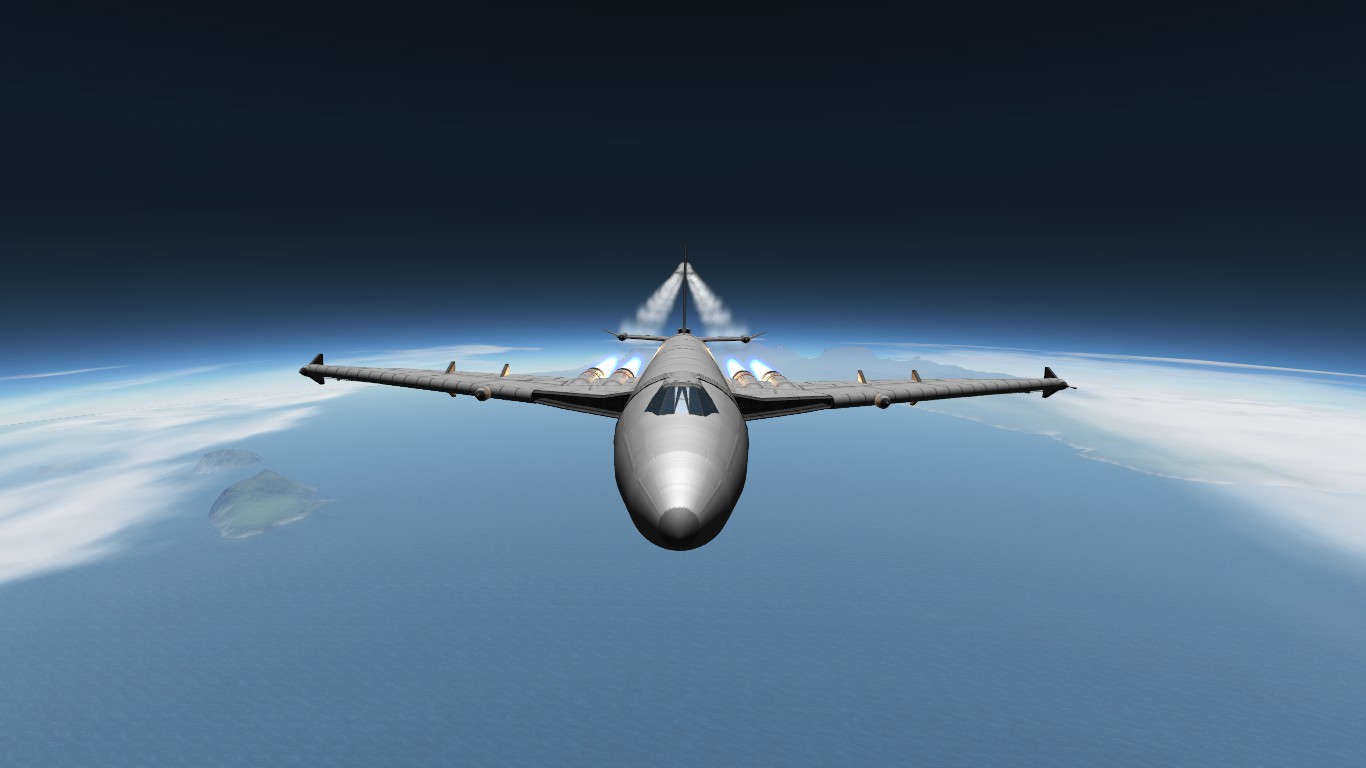 During the closing years of the Atlantis-Holiday conflicts of the late 2020s to late 2030s, complete aerial superiority was achieved over the Atlantis State. While a majority of the Holiday Airforce’s aircraft like the Akajei and Storm Petrel were completely outclassed, the sheer volume of these aircraft produced completely overwhelmed the superior, but limited amounts of Atlantis fighters. It didn’t help that the HAF (Holiday Airforce) also had newer types like the Albatross which matched or even outperformed the Atlantis Fighters.
.
Even with new-found Aerial Superiority, there was still a lacking bombing force. As a stop-gap measure, it was thought to just attach bombs to fighters. This ended up being successful enough to end the war, but it was felt a much stronger bombing force was needed for future conflicts. Straight after the war in 2037, both the UCA (Uncle Carlos Aerospace) design bureau and Kujira Industries design bureau were tasked with producing a heavy bomber which would preferably be supersonic. The result of UCA’s efforts ended up becoming the Freeraid.
.
The Freeraid was rushed into production to in 2042 beat Kujira Industries. This resulted in the Freeraid being flawed the moment it ended service. It had a far shorter range than expected due to the massive drag, it was a maintenance hog because of the embedded engines, and was unwieldy to fly. It’s size, which helped carry large amounts of payload, proved it to be vulnerable to anti-air missiles from any modern fighter/interceptor. Despite these issues, it was still pressed into service as it was the only bomber in the HAF’s inventory that wasn’t completely outdated. Kujira Industries’ bomber (which showed more promise) wasn’t yet ready.
.
The aircraft was mostly used during it’s short service life as a propaganda vehicle and regularly patrolled over the former Atlantis state. The only actual bombing done by the Freeraid was the bombing of an underground rebel aircraft manufacturing complex which was producing the Aus Fighter. Due to the aircraft’s status as a propaganda aircraft, rumours spread about it’s performance (which were often exaggerated). This resulted in Tarken, an Aerospace company in Canada, developing the Ta-197 EIP (Emergency Interceptor Program) as a counter. Eventually, the real, rather lacking performance of the aircraft was released after it’s retirement in 2051 and it was found to no longer be a threat.

To break out of this lore, this aircraft really does perform terribly as it’s a purely aesthetic build. A better, more practical bomber will come out soon. I highly advise using infinite fuel as the plane runs out of fuel after a little over 10 minutes x)
.
To fly it, simply climb to above 8000m and the aircraft will then finally be able to get up to speed. 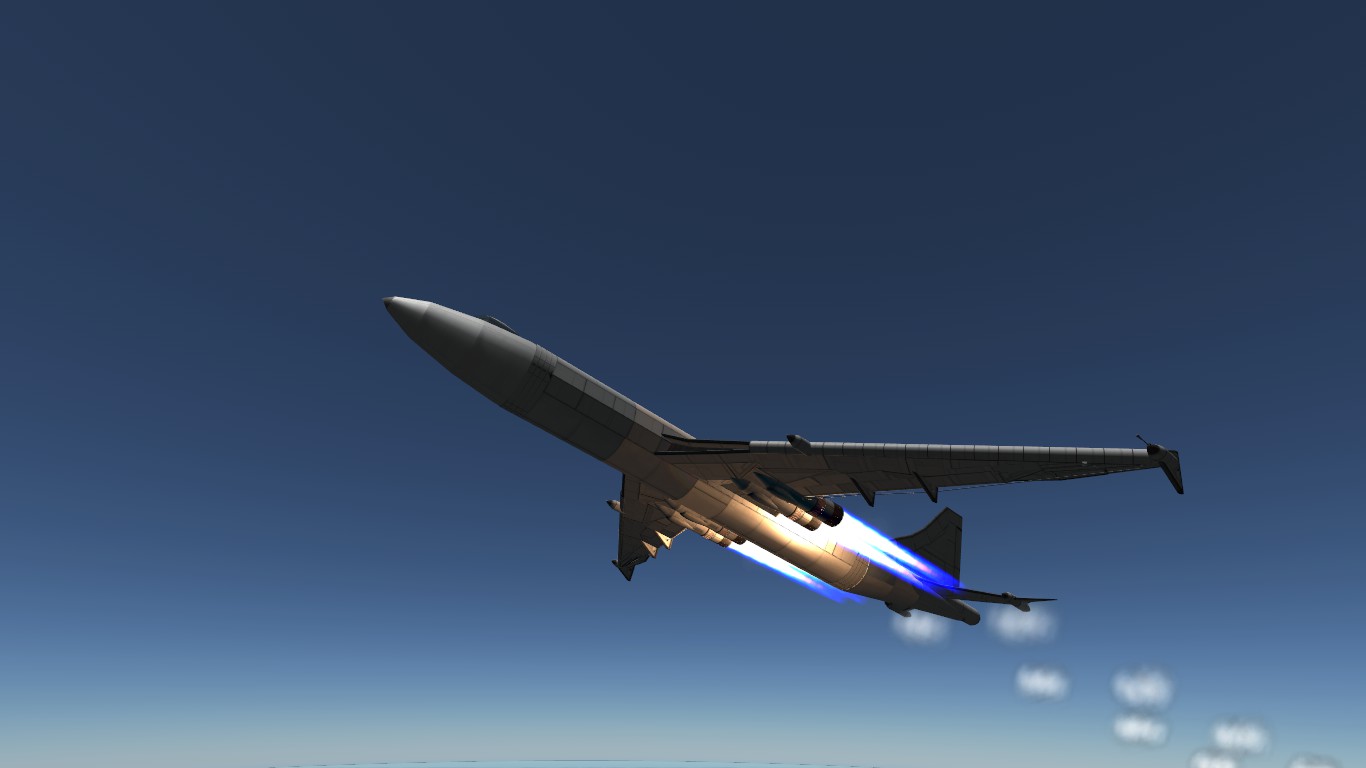 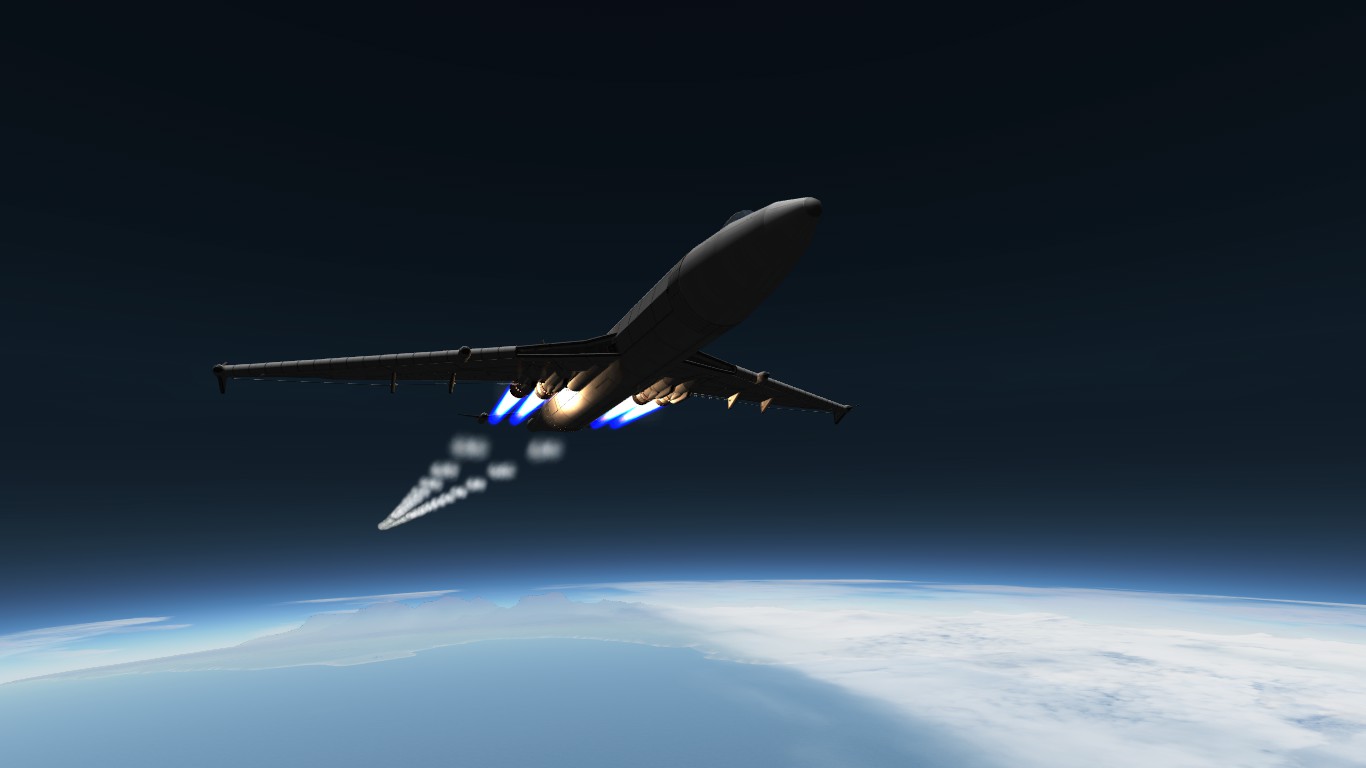 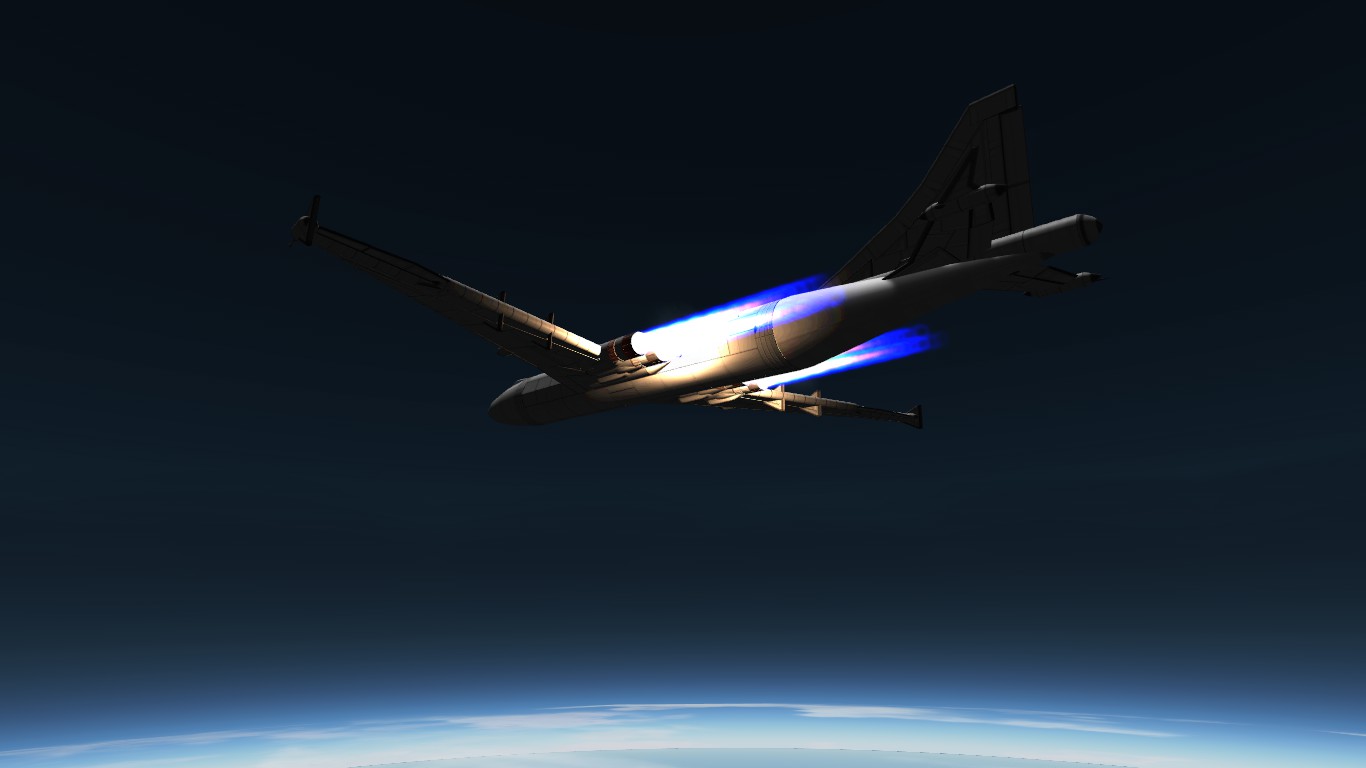 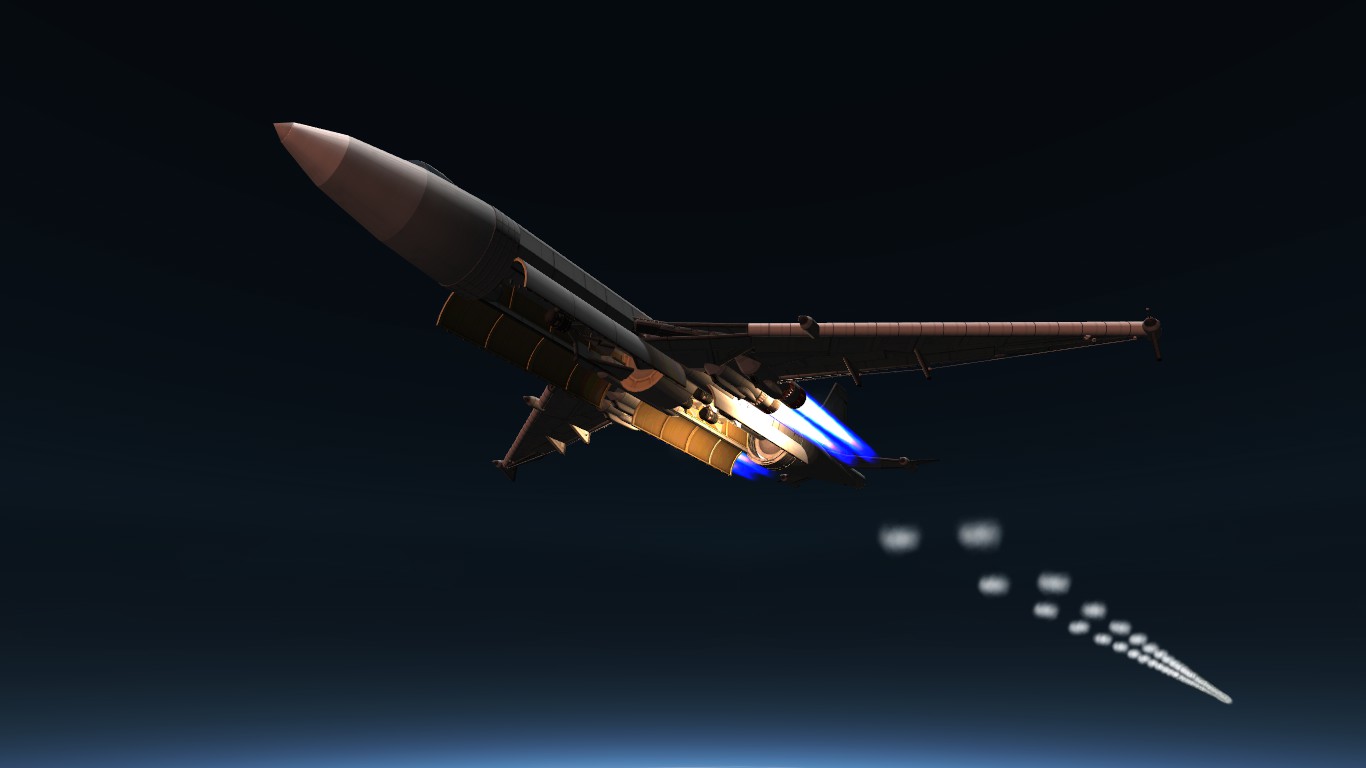