try not to crash it
Note: this was made in KSP v1.11.1 - It may not function as intended in KSP 1.12.5
This craft has been added to your downloads queue. Use the KX Mod to fetch it when you are next in KSP. Enable deferred downloads to make this the default way to download.
Download craft with the KerbalX Mod
how to install
re-download

Or find other craft;
- made by HolidayTheLeek
- that are also pure stock
- that have a similar part count
Hangars that contain this craft
Download Queue | Real Craft

TAKE A FLIGHT ACROSS THE ARCHIPELAGO IN STYLE! BOOK YOUR NEXT TRIP TODAY ON IMPERIUM AIRWAYS’ NEW EMPIRE CLASS FLYING BOAT! 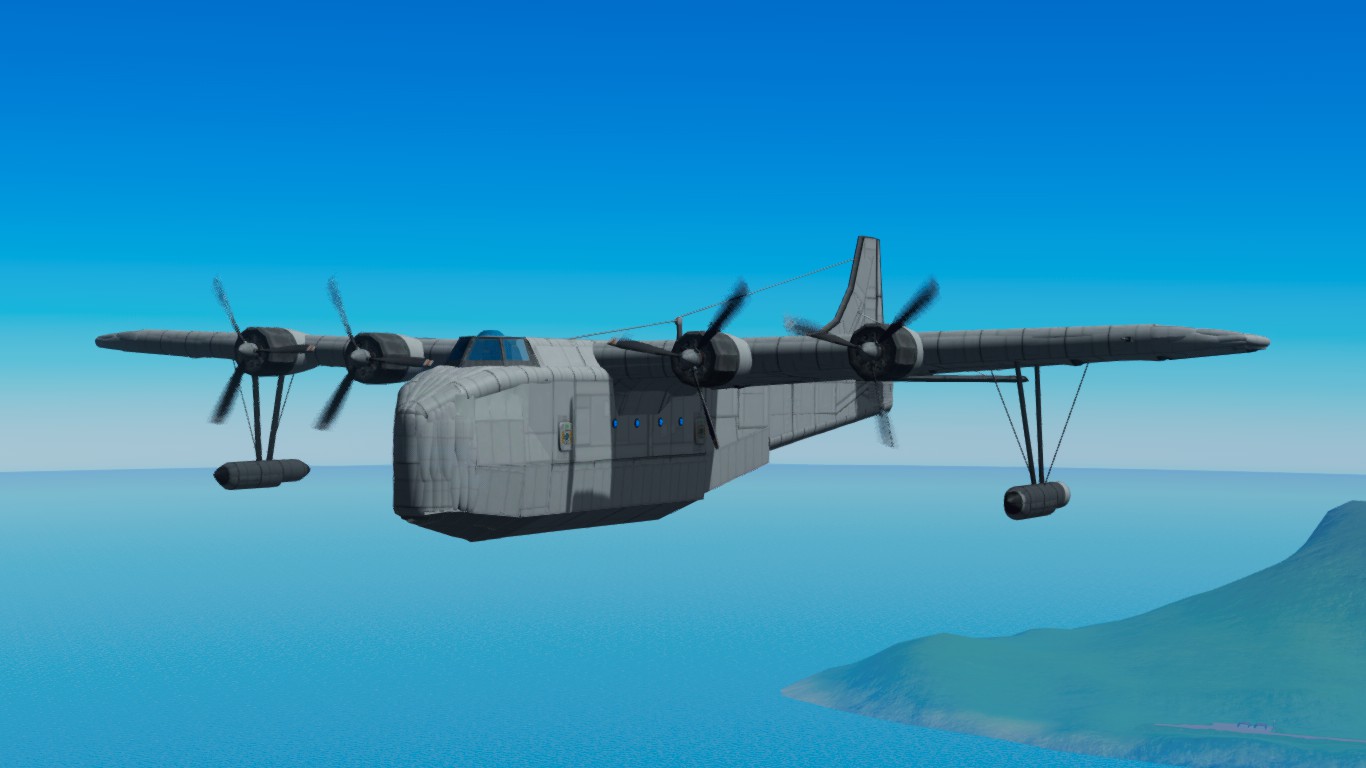 Since the Troscan Empire’s defeat following the Continental War in 937, the Empire’s land on the Caellian continent was reclaimed by the Continental Powers. With thousands of Troscans forced to relocate, the many small settlements along the archipelago grew rapidly with small towns growing into bustling cities within the span of only a few years. As a result, inter-island travel between the Empire’s archipelago grew exponentially and thus, the Empire-Class Flying Boat - as well as many other aircraft - was born.
.
The Arcan Aeroplane Firm (AAF) were already firmly established in flying boat construction due to their involvement in designing Search-and-Rescue, Anti-Submarine and Patrol Bombing flying boats during the Continental War.
The Empire-Class was developed from the SAR-3 Seeker and first flew in 938, entering service with Imperium Airways the following year in 939.
.
The aircraft served 10 years with an outstanding safety-record with only two fatal accidents in 941 and 946 - both caused by inexperienced pilots unfamilliar with the type, rather than issues with the aircraft itself. With ground-based infrastructure and aircraft reliability improving in the late 940s, the Empire-Class was replaced by land-planes flying the same route.

Hold down S while on full throttle for takeoff - should lift out of the water at around 30-35m/s
.
Make the landing approach as flat as possible at roughly 30-40m/s.
.
REQUIRES VESSEL MOVER!!!