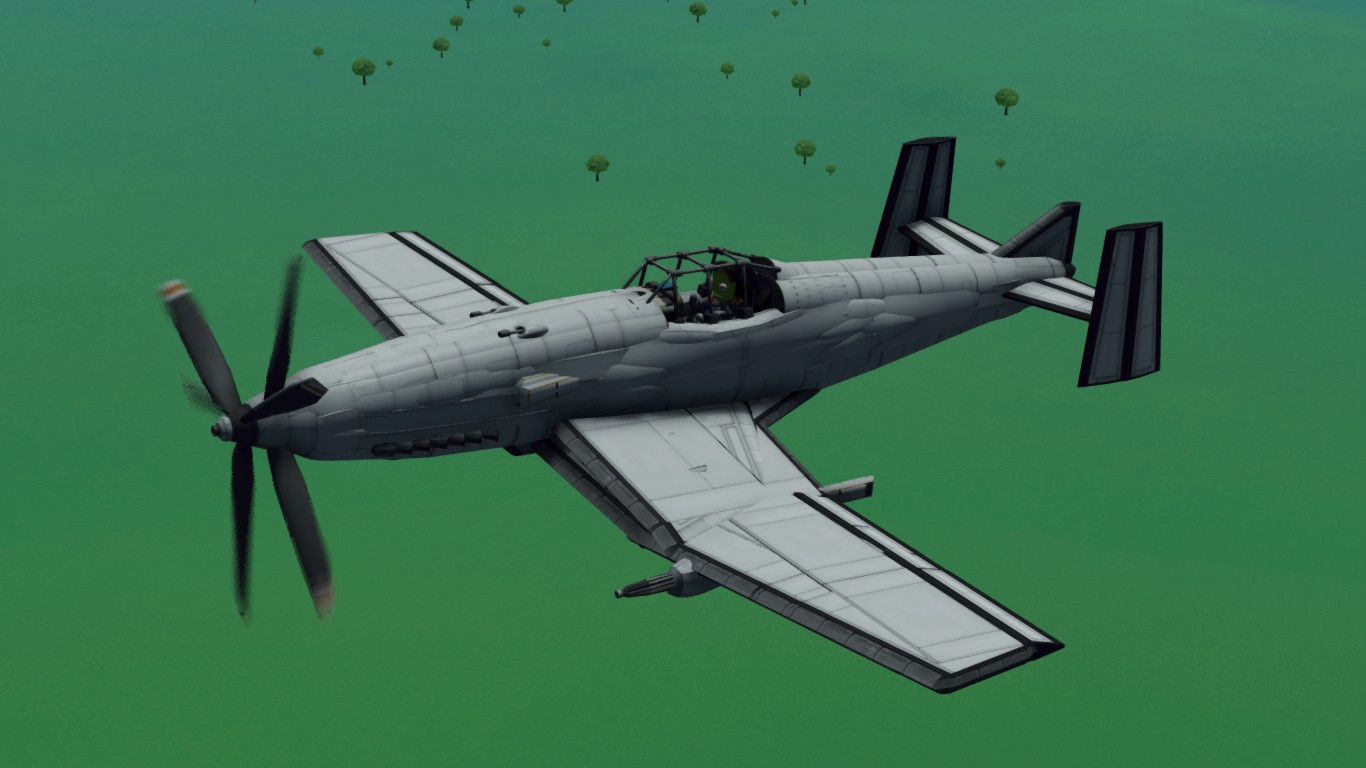 The appearance of the Royal Isles’ DP-15 Marauder in late 1942 rendered the Bavarian DS-10 Albe completely obsolete - outmatched in all regards except turn radius. With fears the DP-15 Marauder would enter service in large numbers by 1943, the Bavarian Air Force commissioned a replacement for the aging DS-10 Albe. Dargun-Saarfeld had already been privately developing a successor to the DS-10 - but now with government funding backing the project, the new DS-21 Falke would arrive sooner than expected in February of 1943.
.
Development commenced in June of 1941 with the first prototypes flying only a few months later. While faster and more heavily armed than the DS-10, the new DS-21 Falke had a myriad of problems regarding cooling and overall handling. The aircraft’s higher wing loading increased its stall speed unacceptably making landing difficult. Many of these issues, however, would soon be ironed out by 1942. The gull-wing, in-wing radiators and contra-rotating propellers were added in the final prototypes after evaluation of the DP-15 Marauder. The first units would enter service in February of 1943, slowly replacing the DS-10.
.
The DS-21 Falke would prove successful during the Second Battle of the Royal Isles in 1943. The Falke was regarded as an equal to the DP-15 Marauder. However, as Coalition Forces had crippled the Royal Isles by cutting off outside shipping, the large numbers of DP-15s never arrived and DS-21s primarily engaged older DP-5s and DP-7s (in which the DS-21 was superior). By mid-1943, the Royal Isles suffered a crushing defeat and were forced to surrender to the invading Coalition forces. By 1944, several aircraft factories in the Royal Isles were re-tooled to produce Bavarian aircraft like the DS-21 to further increase production.
.
The Falke would also be tested against Impero throughout the rest of the 1940s. Improved tactics gained from the Fall of the Royal Isles ensured Bavarian aerial superiority over Impero until 1944.
.
The DS-21 would remain the mainstay aircraft of the Bavarian Air Force until the mid-1950s with over 21 different variations being produced. With the Ikanese employing motorjet technology by late 1944, motorjet variants of the DS-21 (DS-21M-1) would begin to be produced in 1945.
.