try not to crash it
Note: this was made in KSP v1.7.3 - It may not function as intended in KSP 1.12.4
This craft has been added to your downloads queue. Use the KX Mod to fetch it when you are next in KSP. Enable deferred downloads to make this the default way to download.
Download craft with the KerbalX Mod
how to install
re-download 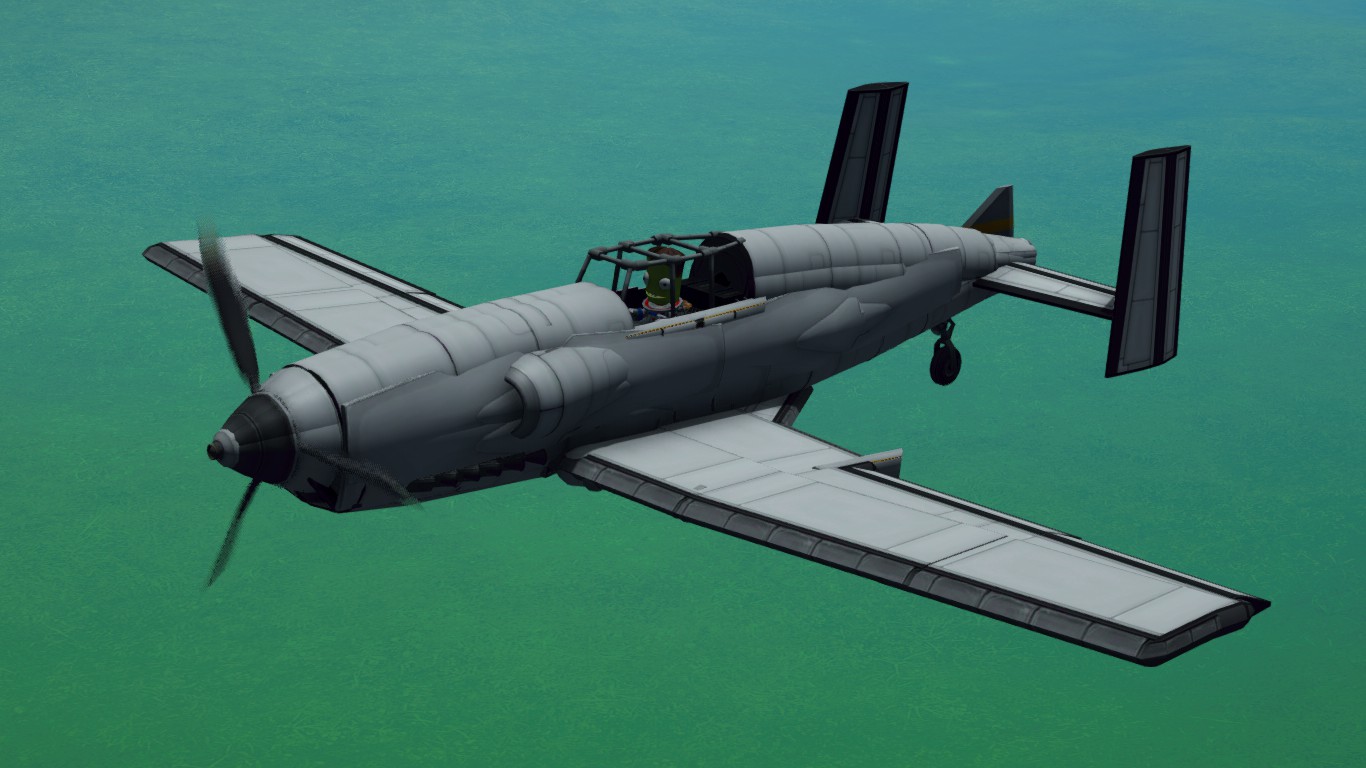 By the early-1930s, the Bavarian Air Force was severely lagging behind in both size and technology compared to other Arbonean nations like the Royal Isles and Impero. The DS-3 Geier; the primary Bavarian fighter at the time, was already long obsolete even in comparison to some Sky Pirate aircraft. Not wanting to be the joke of the skies, the Bavarian Air Force sent out an urgent requirement for a new Fighter. The new aircraft had to be fast, nimble and easy to produce in numbers. Dargun-Saarfeld - already manufacturing the DS-3, had the winning design: the DS-10 Albe. Entering service in 1935, the diminutive DS-10 was instantly a success with Bavarian Pilots being incredibly easy to fly. As the type was simple to produce, by late 1936, the Bavarian Air Force was the 3rd largest air force in Arbon following the Royal Isles and Impero. With the war breaking out on July 12th 1939, the DS-10 would finally be tested against foreign designs.
.
On August 24th, 1939, the Battle of Valland began. Squadrons of DS-10s violated Vallian airspace. Vallian pursuit were scrambled against the waves of DS-10s but resistance was ultimately futile. With superior top speed, turn radius and climb in comparison to the aging Vallian Faucon aircraft, DS-10s mopped the floor over the skies of Valland. The DS-10 would earn an almost legendary status among surviving Vallian pilots. The DS-10 would finally see a worthy opponent over the skies of Valland in early 1940 against the Royal Isle’s DP-5 and DP-7 fighters.
.
By 1943, the DS-10 was well out of date. While no fighter except for the Ikanese I-3 Taka could match the DS-10’s turn radius, Union aircraft like the DP-15 Marauder could outclimb, outgun and outspeed it. The type was relegated to ground attack and eventually completely retired in 1944. The last major usage of the type was during the Second Attack of the Royal Isles in mid-1943.

Press 1 to change prop pitch when at 80m/s to go faster.
Only use the second prop pitch in a straight line or dive. You will climb better with the first pitch.