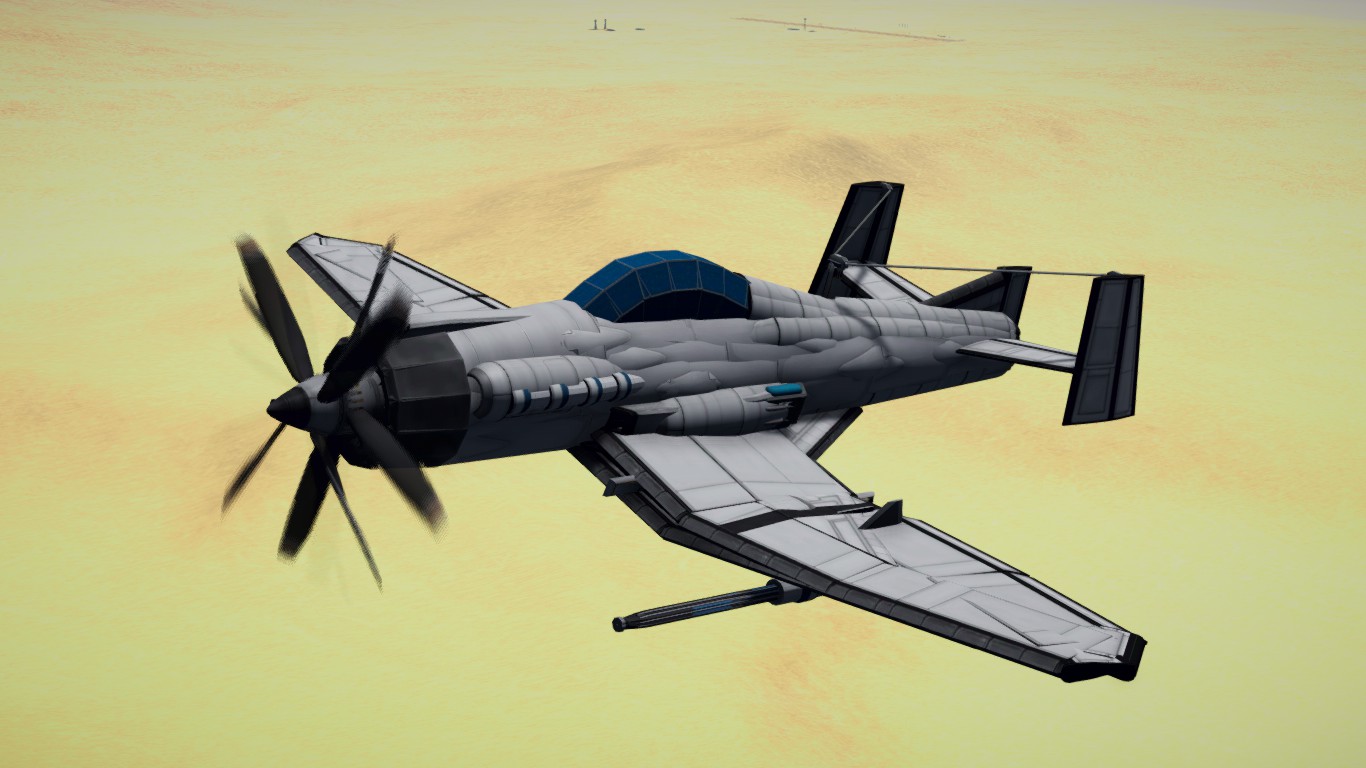 By late 1941, the Ikan Empire ruled over much of the Panacea with an iron fist. The threat of a full scale Ikanese Invasion was becoming increasingly apparent. New Australis was next in line. In February, 1942, during the Bombing of Fenwick, it was shown that the RNAAF - armed only with a handful of foreign aircraft - were hopelessly outclassed against the Ikan Forces. With supply lines being effectively cut from the rest of the Union forces in mid-1942, New Australis could no longer rely on imported hardware to defend against a potential Ikanese invasion. Their own fighter; the Boomerang, while being produced in much larger numbers, was now outlclassed against the Ikan Airforce’s later models. CAC (the manufacturer of the Boomerang) began development of the Boomerang’s successor in late 1942. This would later become the Cassowary.
.
Meanwhile, the situation in the Royal Isles worsened. As supply lines were cut a few months prior, by early 1943, The Royal Isles had fallen victim to the seemingly unstoppable Bavarian War Machine. Fortunately, tech from the Royal Isles, military officials and important key figures escaped and were safely evacuated to Terra Australis - one of the furthest places away from the fight.
.
Plans for the DP-15 Marauder were used heavily to accelerate the development of the Cassowary. The twin tail, contra-rotating propellers and gull wing of the Marauder were retained. The tandem Hercules engines of the Marauder were replaced with a much larger, 18 cylinder engine producing just over 2500hp. This new engine was developed using elements from both the Boomerang’s R-1830 and the Hercules engine. The fuselage was also enlarged to fit a turbo-supercharger to improve high altitude performance (something the Marauder lacked). A controversial addition to the aircraft was its armament of two dual-purpose 37mm cannons. While some pilots enjoyed the destructive power of the guns against ground forces and other aircraft, others disliked the slow rate of fire, low ammo count and reliabilty issues with the cannons. The Cassowary Mk II was released immediately after, replacing the pair of 37mms for a quartet of 20mm cannons.
.
First making its debut in late 1943, the Cassowary shocked Ikanese pilots expecting an easy fight. The new fighter was superior in all but turn radius to the Ikanese fighters. With Union Aerial superiority achieved, the Ikan Empire cancelled their planned invasion of Fenwick in 1944. As the war progresed throughout the late 40s and into the 50s, the Cassowary recieved numerous upgrades to stay competitive with the latest Coalition fighters. In 1949, a much later version of the Cassowary became the first Australite Aircraft to be fitted with a motorjet.