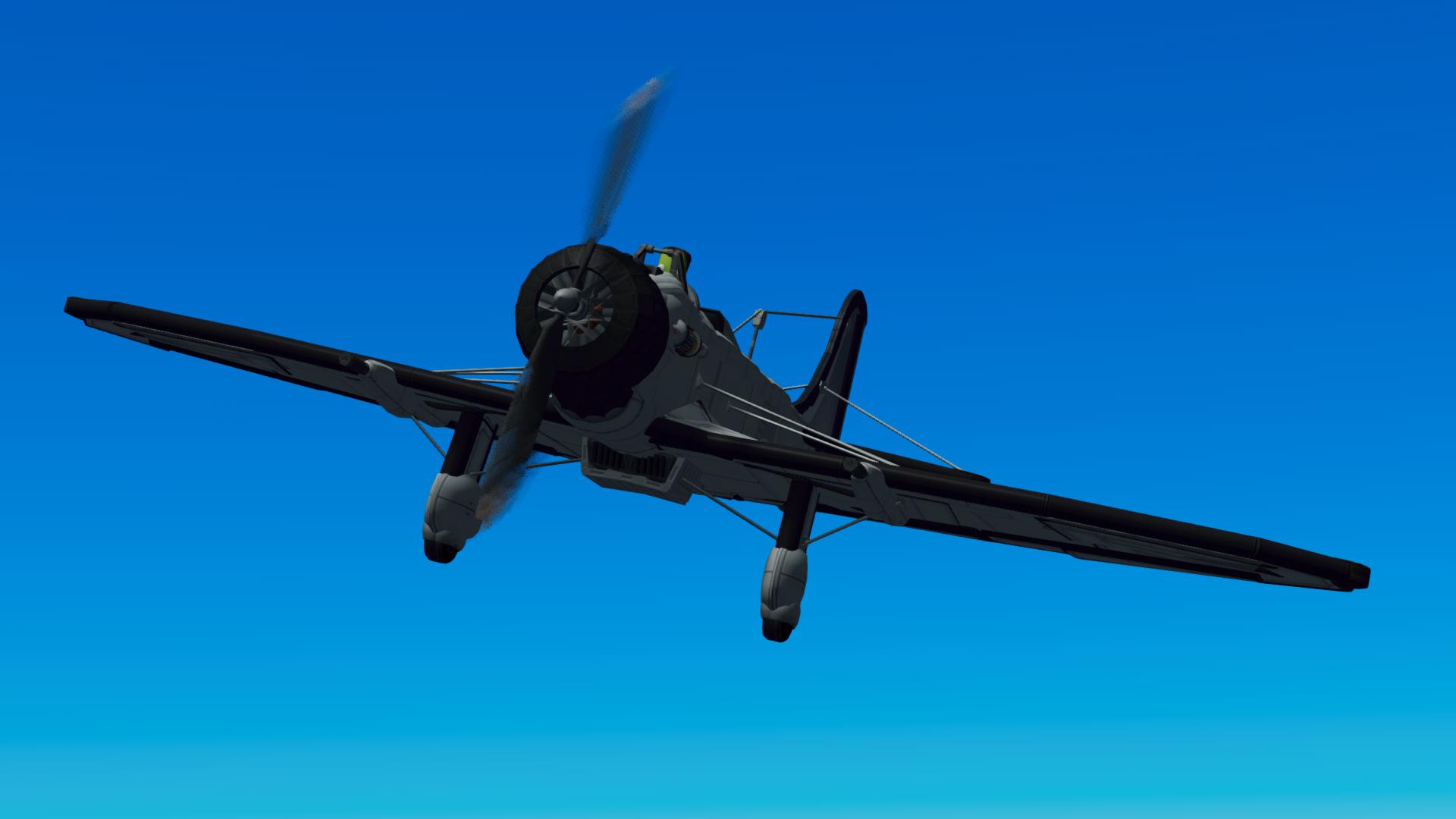 .
The Boxer P Mk I was a large, single engine monoplane pursuit/light bombing aircraft designed by Langley Aeroplane Company (LAC) in August of 935. Though only seeing moderate success during its service life; the aircraft is notable as it was the first designed by Ex-Arcan engineer, Percival Langley, under his newly formed company. The Boxer featured a durable stressed aluminium, semi-monocoque construction similar to that of ancient Tyran warplanes; thus making it far more resistant enemy ground fire as well as aiding in reducing drag. However, even if the Boxer was faster than contemporary biplanes, it was underpowered and sluggish to manouever due to the increased mass of the airframe. Additionally, the added complexity made it costly to produce and operate thus limiting its usage during the Continental War.
.

.
By the early 930s, all-metal monoplane construction akin to that of ancient Tyran Design was already becoming relatively common in larger aircraft such as bombers, airliners and flying boats. Despite this, nearly all Troscan Military spotter and pursuit planes were of a now decades-old canvas biplane construction. The reluctance to adopt all-metal aircraft in the pursuit and spotter roles came from a number of different factors. Firstly, the fact that an all-metal monoplane is inherently heavier compared to a fabric biplane put forth the general belief that despite aerodynamic advantages, all-metal monoplane aircraft would never match the performance of fabric-covered biplane aircraft. This belief managed to persist even when monoplane racing aircraft were already showing leaps and bounds in terms of performance over biplane equivalents in the civilian air racing sector. Secondly, as the Troscan Military had remained the most powerful and technologically advanced military in the world for decades with effectively the same equipment with minimal change meant there was little to no incentive to upgrade.
.
After noting how fragile and slow contemporary Troscan biplanes were, Percival Langley began a private venture into designing an all-metal, monoplane pursuit plane for Arcan. A lack of interest within the AAF in a monoplane pursuit plane, however, led to Langley leaving Arcan where he then started his own aircraft manufacturing company. Originally, the Boxer would have a far more ambitious design. It would originally feature novel features such as retractable landing gear and a completely strut-free construction to improve performance. Time constraints and disagreements between the military and Langley, however, meant the resultant design had to ditch the original retracting landing gear and redundant external struts were added, even if the wing’s internal were already self-supporting.
.
The Boxer P Mk I, though technically faster than the competing Sparrow Mk V at 477km/h was somewhat underpowered and sluggish limiting it’s usefulness in the pure pursuit role. As such, to compensate, the Boxer was heavily armed with two nosemounted .50cal machine guns synchronized with the propeller and a further two 20mm cannons mounted in each wing. The heavy armament, higher top speed and increased durability made the aircraft moderately successful in the both the bomber-hunting and ground-attack role in lieu of its deficiencies. Some pilots took a liking to the Boxer’s flight characteristics, noting the increased maximum dive-speed due to the streamlined, all-metal construction of the aircraft.
.
By February of 936, the Boxer was significantly redesigned, being made smaller, lighter and more streamlined - this ‘stripped down’, redesigned, more refined version of the Boxer later became the Buzzard aircraft and featured most of the novel features originally intended for the Boxer. 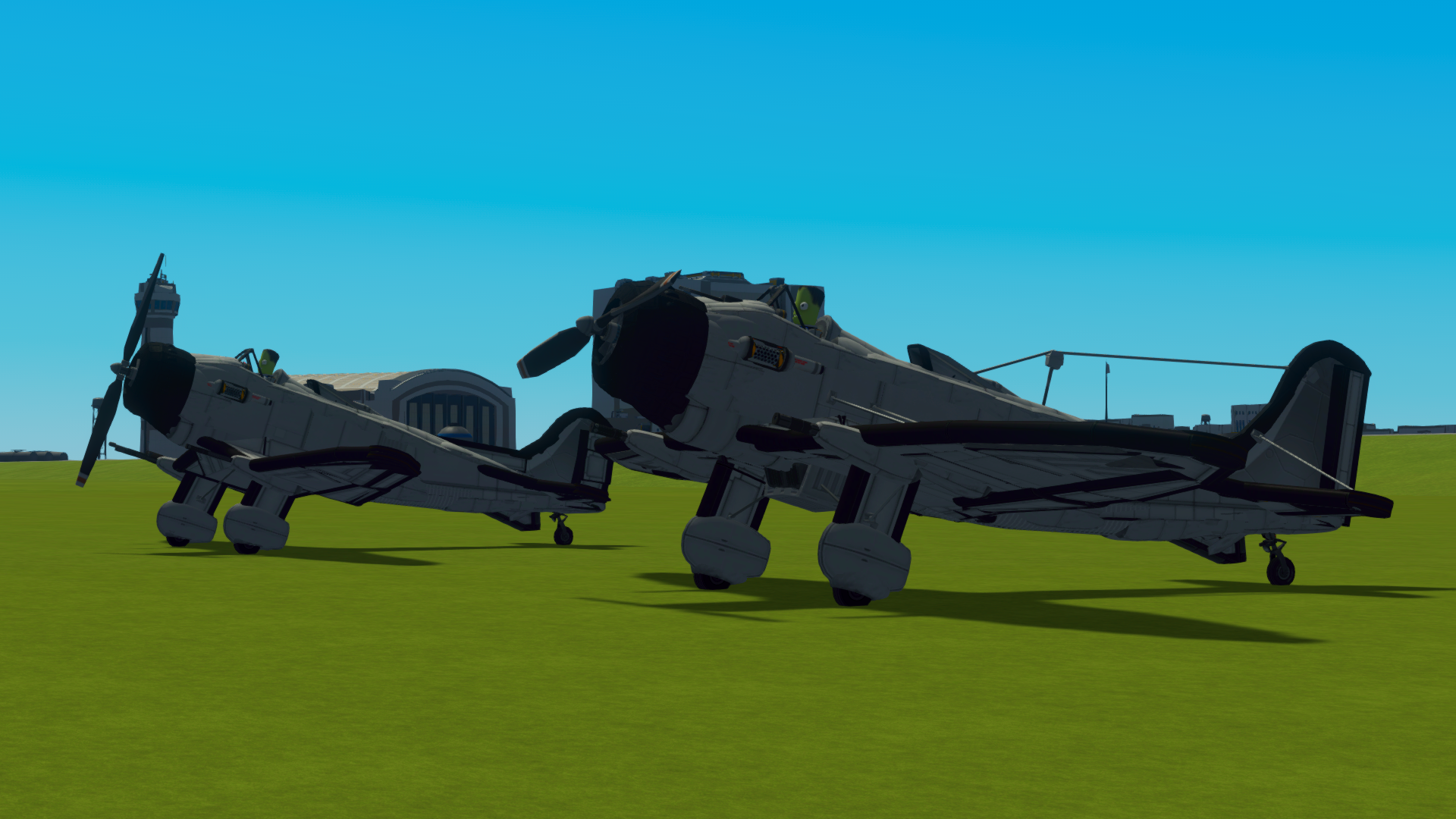