try not to crash it
Note: this was made in KSP v1.12.4 - It may not function as intended in KSP 1.12.5
This craft has been added to your downloads queue. Use the KX Mod to fetch it when you are next in KSP. Enable deferred downloads to make this the default way to download.
Download craft with the KerbalX Mod
how to install
re-download 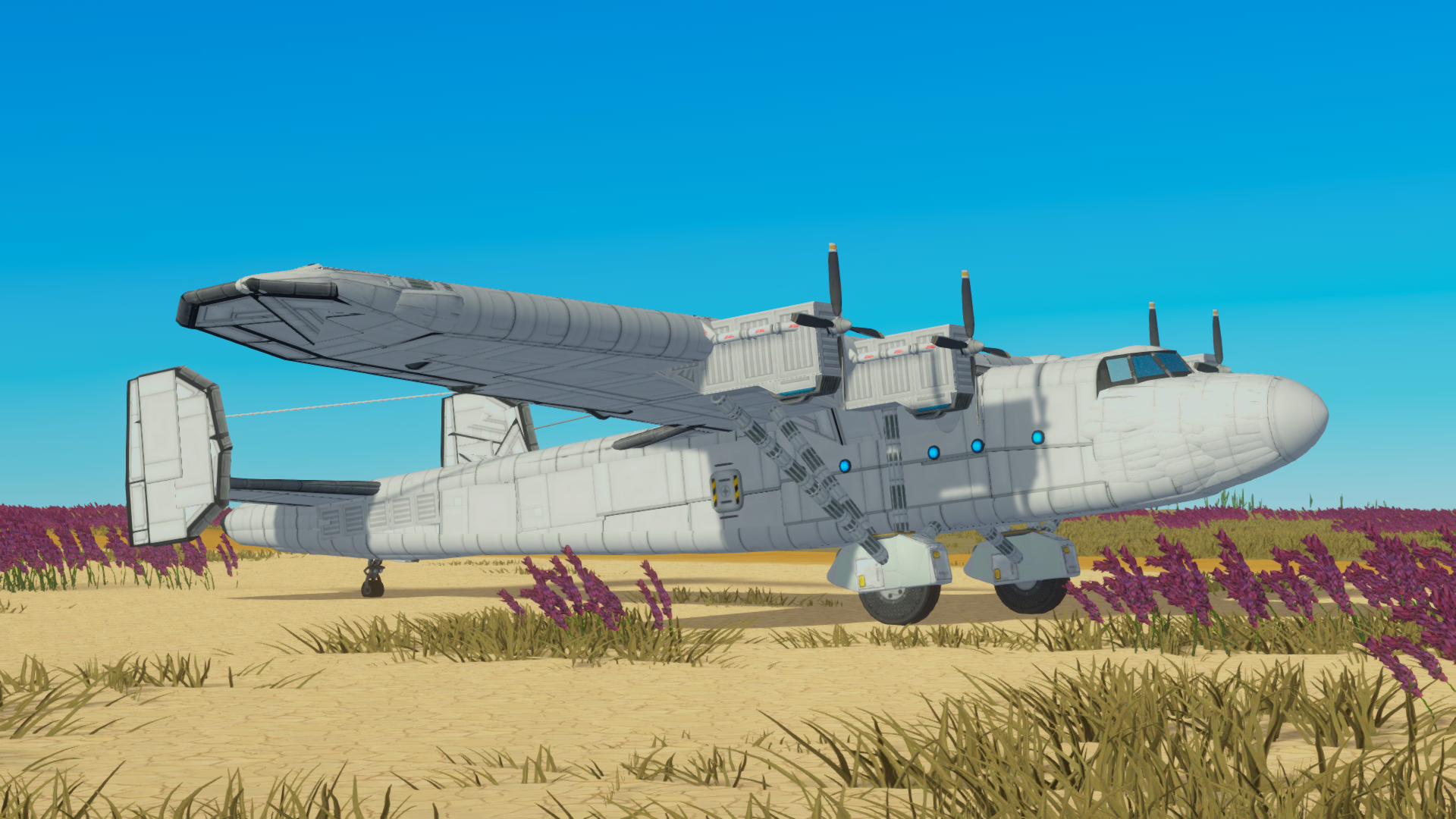 .
The AA-XXXII Condor was a large, four-engine airliner/troop transport designed to fly the long distances over the expansive deserts in the newly-annexed nation of Eslan. The Condor entered service in 932 and replaced older biplane aircraft flying the same routes. The aircraft’s designation is derived from the Arcan Aeroplane Firm’s former naming convention for airliners: AA being the company’s (former) designation for airliners and the corresponding number being the amount of passengers capable of being seated in the aircraft.
.

.
The Condor was designed to the state-owned Imperium Airways’ specification which called for a medium to long-range, land-based airliner with a cruising speed of at least 160mph. Additionally, the specification required the aircraft to be rugged and capable of utilizing the short and poorly equipped airfields typically found within the nation of Eslan. With performance criteria far beyond the limits of a potential biplane design; Arcan turned to its experience designing high-performance military flying boats like the ARC-11 for design inspiration.
.
The final design had elements from newer, cantilever-wing aircraft but retained some of the more traditional techniques like fabric skinning and a wood-framed fuselage to save on costs and weight. Moreover, the more traditional aspects of the Condor’s construction made it easier to perform field repairs on the aircraft; especially since ground crews were already used to maintaining similarly-constructed biplane types. However, the very design decisions that made the aircraft simple to maintain and lightweight left very little in terms of soundproofing. This made flying in the Condor an experience not much better than the biplanes it was replacing, let alone comparable to the luxury flying boats already flying across the Troscan Strait.
.
The Condor was powered by four, 640hp V-12 Inline engines both to provide ample power for short takeoff runs as well as providing extra redundancy in the event of an engine-out. (As a side note: Pre-941, the Troscan Government mandated all passenger aircraft carrying passengers medium to long-distances over land had to have at least three engines for adequate redundancy for safety reasons.) Finally, the Condor’s twin-rudder configuration - though also yet another form of redundancy built into the aircraft - was also a way to reduce the aircraft’s height allowing it to be stored in hangars with low ceilings.
.
The AA-XXXII’s low-cost and utilitarian design made it an attractive aircraft for not only Imperium Airways but also the Troscan Military who was looking to update its antiquated troop transport aircraft. The type saw service in the Army under the designation ARC-12 and served the entirety of the Continental War, lasting long into the postwar period being retired in 954.
.
In the civil sector, the aircraft saw similar success and was heavily utilized in the immediate post-war period as thousands of Troscans living in Eslan were forced to relocate back to the Troscan Isles. Many Ex-Military Condors were sold on the cheap for use in the civil market. However, as many paved runways were built during the Continental War, larger, more luxurious land-based airliners were becoming more commonplace, relegating the Condor to shorter, less important flights.
.
Over 2000 Condors were built (though most were built for military service) and despite anachronisms in its design, still remains flying today in some parts of the Far East.